In the Wetland Reserve facing the Johore Strait, Estuarine Crocodiles (Iriewaniイリエワニ) and Water Monitors (Mizuootokageミズオオトカゲ) can be seen closely. 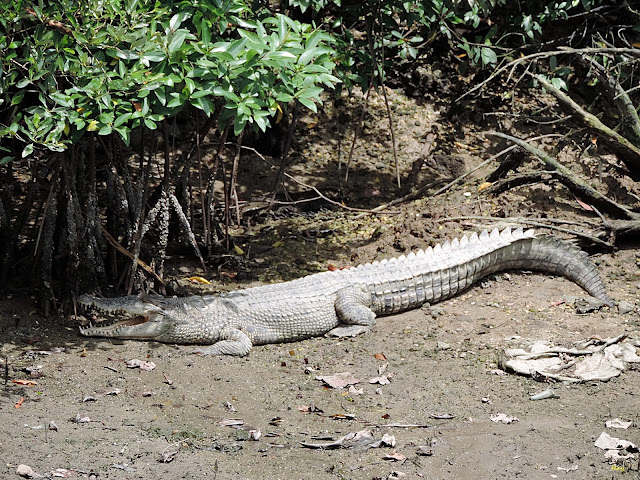 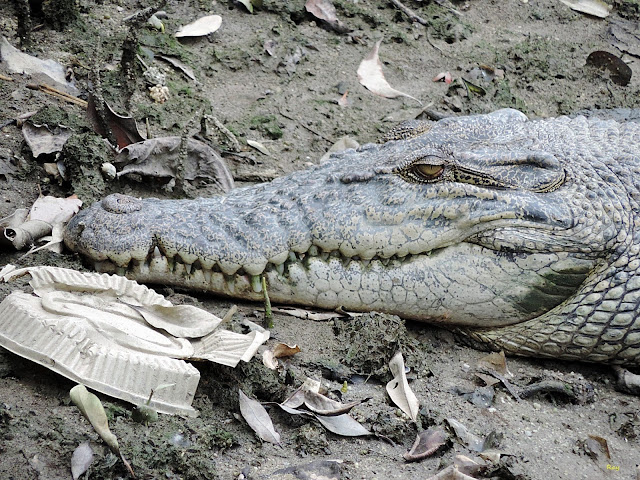 That was the first croc I'd ever seen in the wild. It looked like a sculpture:) 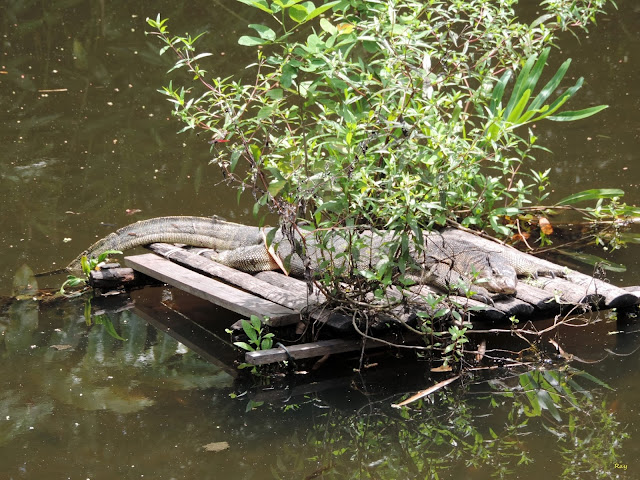 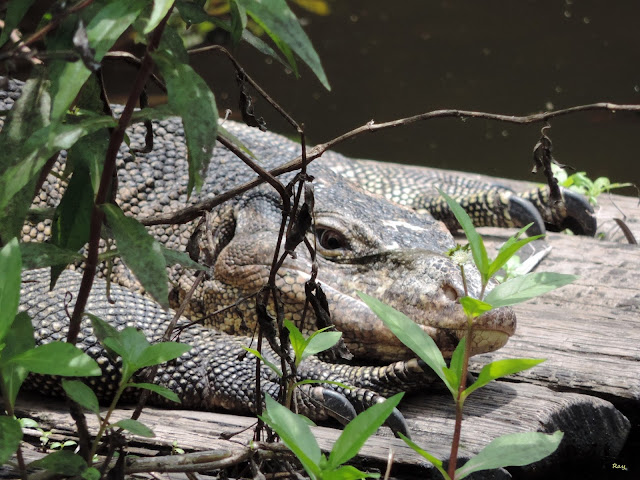 look at his claws!!

Lesser Dog-faced Fruit Bats (Koinugaofurutsukohmoriコイヌガオフルーツコウモリ) were resting under the roof. 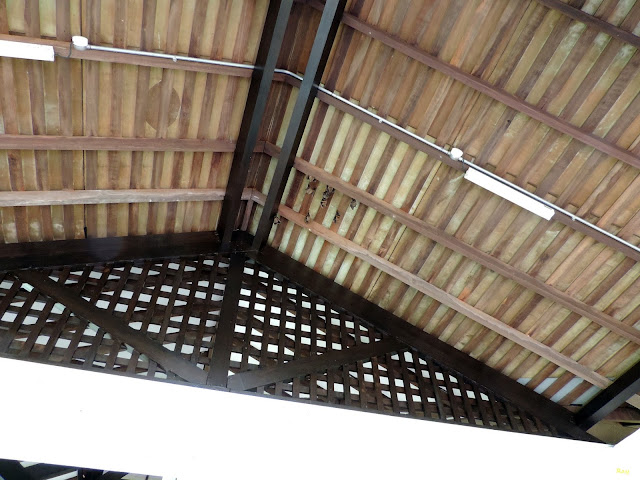 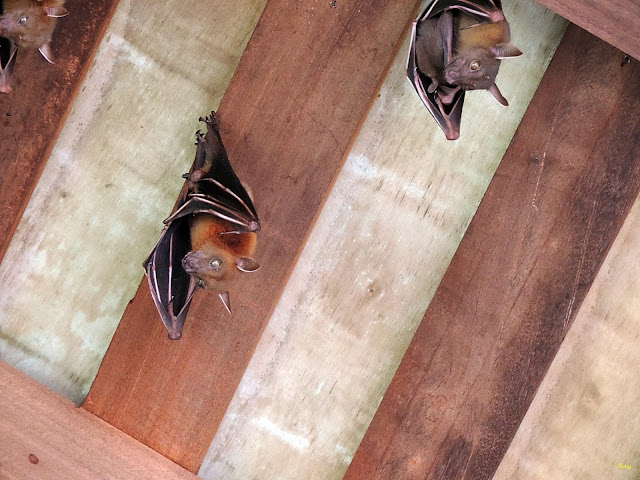 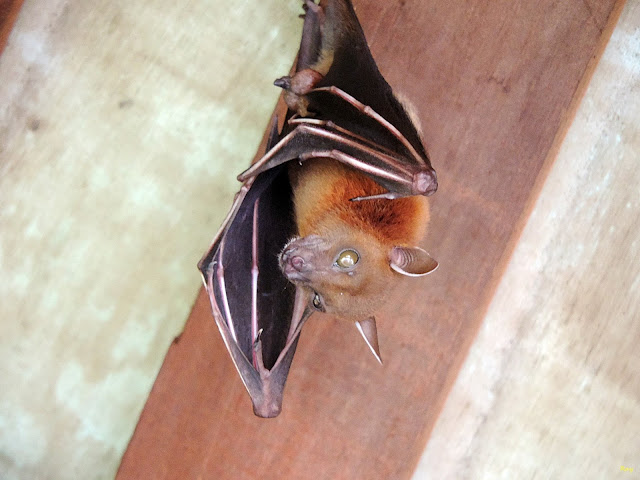 On the mudflats, a big flock of Pacific Golden Plovers (Munaguroムナグロ) was resting. 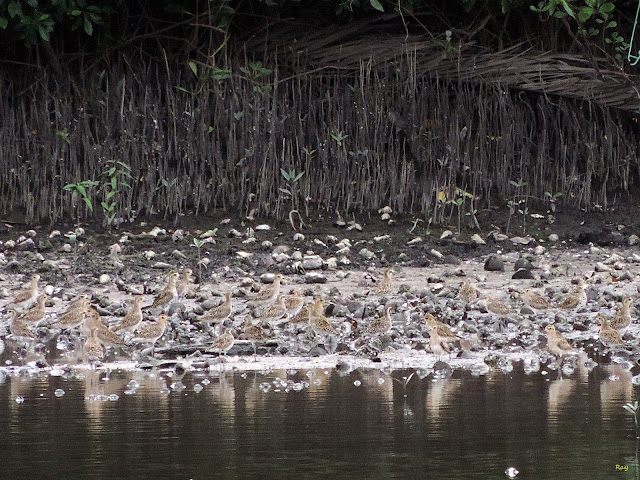 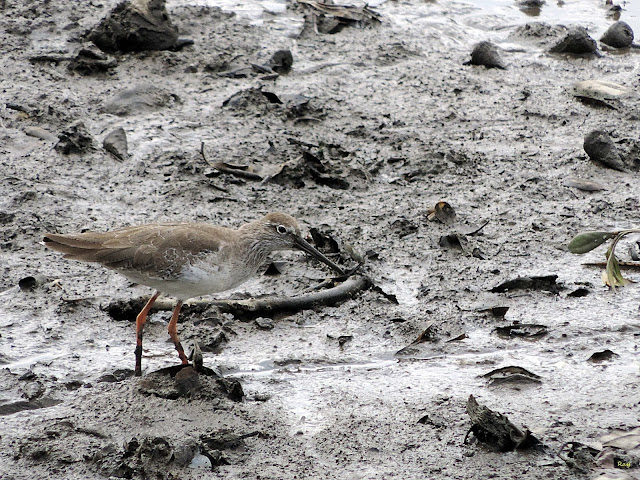 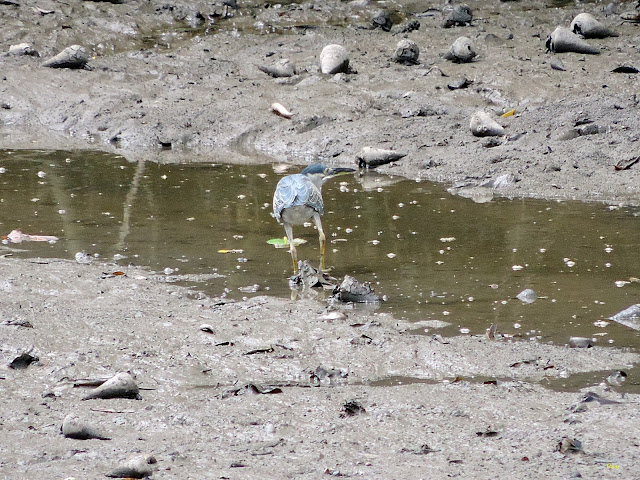 The Striated Herons had started breeding and we saw a chick in a nest:)

House Crows (Iegarasuイエガラス) were pecking something - a rotten fish? 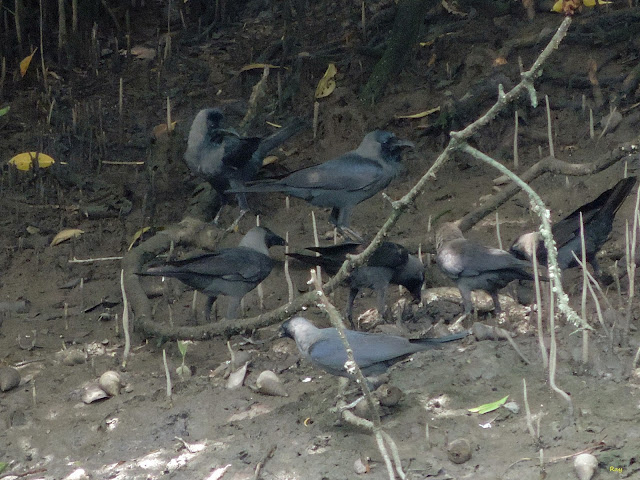 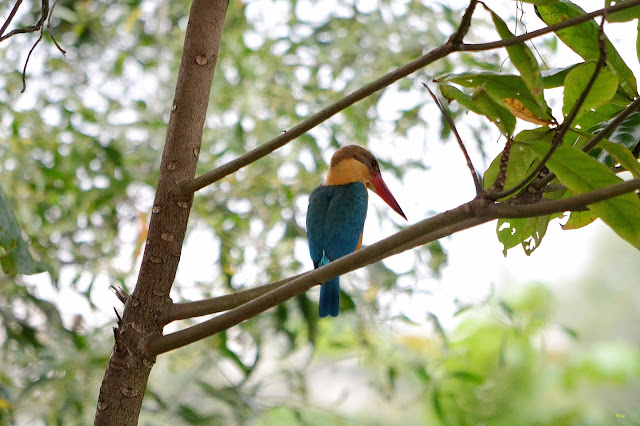 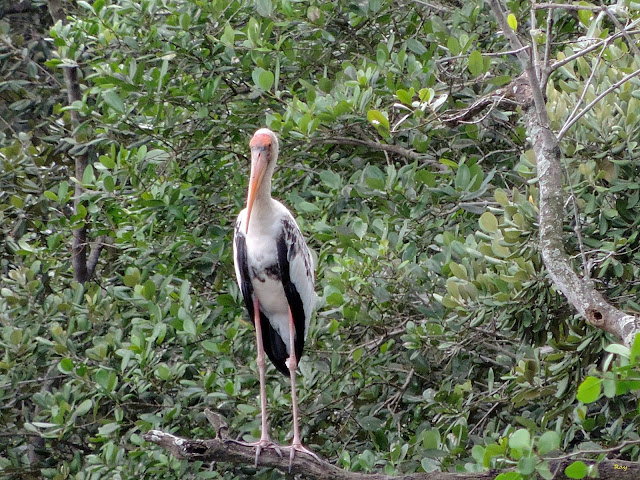 Malaysia on the other side of the strait 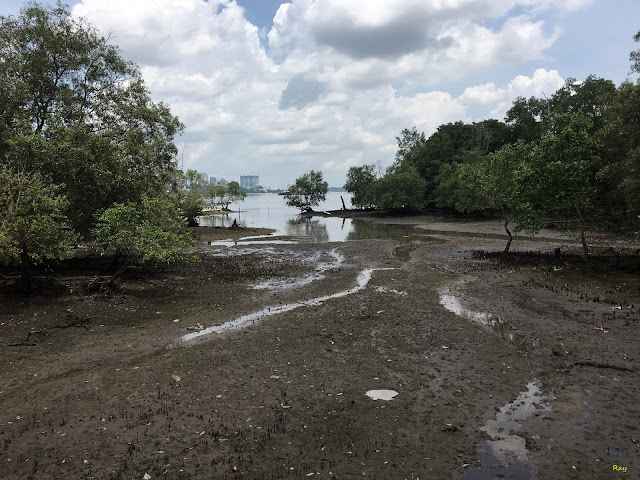