The Moat of the Imperial Palace II

For some reason, the ducks were flushed and kept flying round and round above our heads. 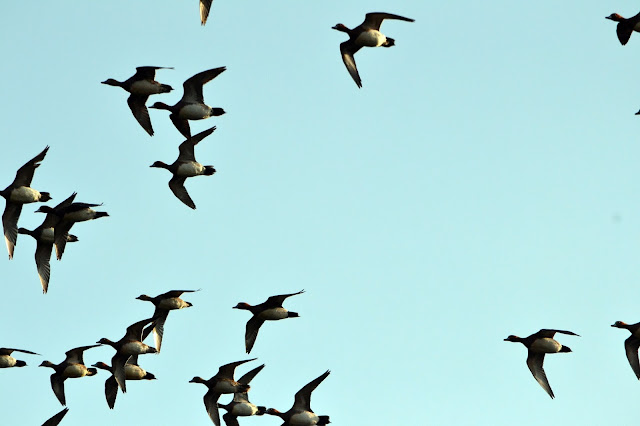 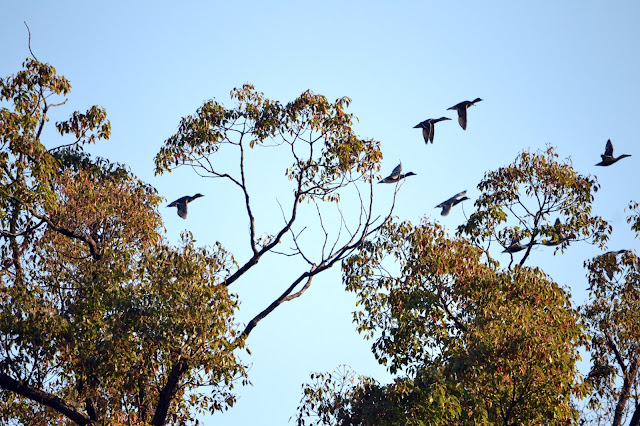 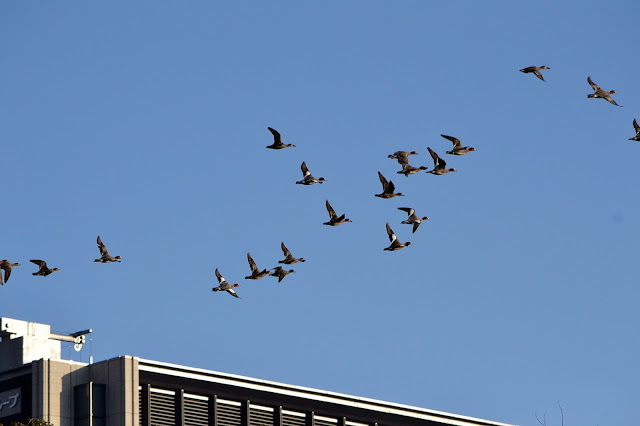 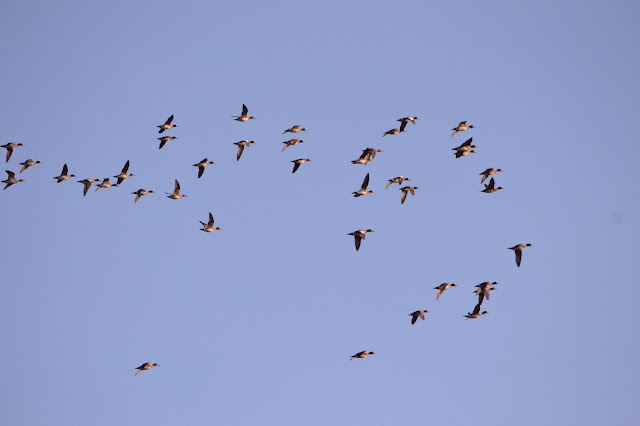 And eventually this flock disappeared into the other side of the palace.

On the Hirakawa Bridge (Hirakawa-bashi平川橋), one of the bridges over the moat, a White Wagtail (Hakusekireiハクセキレイ) just landed. 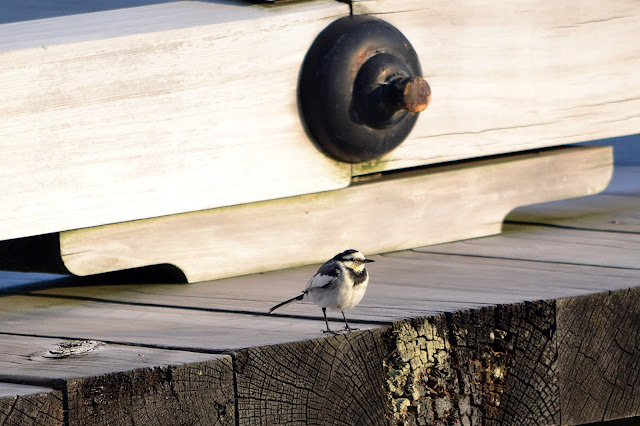 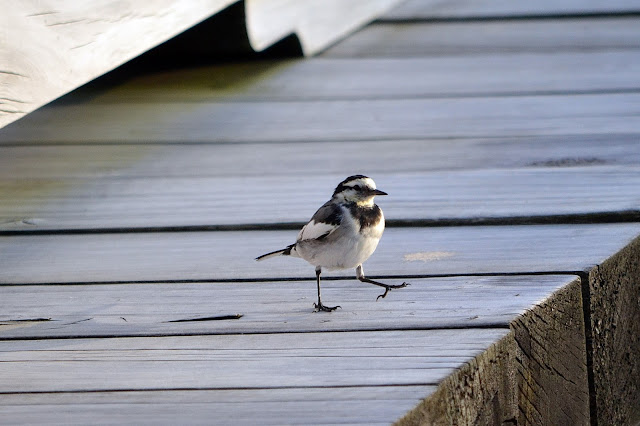 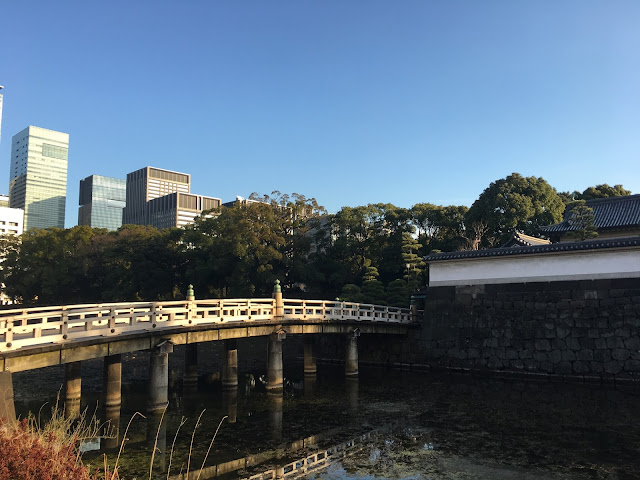 Quite a few Cormomrants (Kawauカワウ) were resting, fishing and flying in and around the moat. 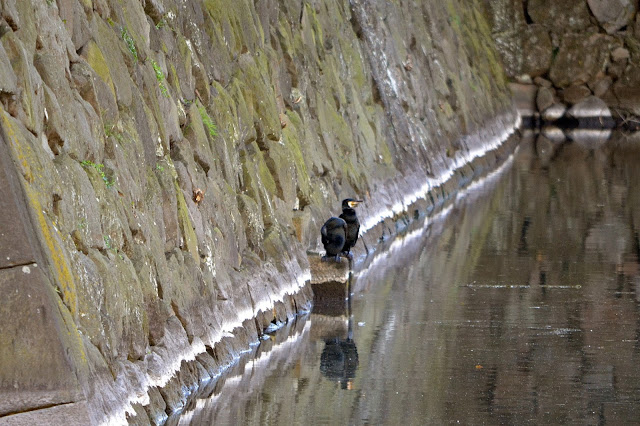 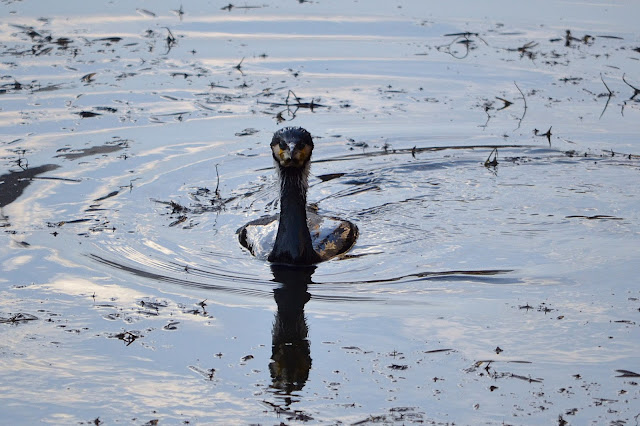 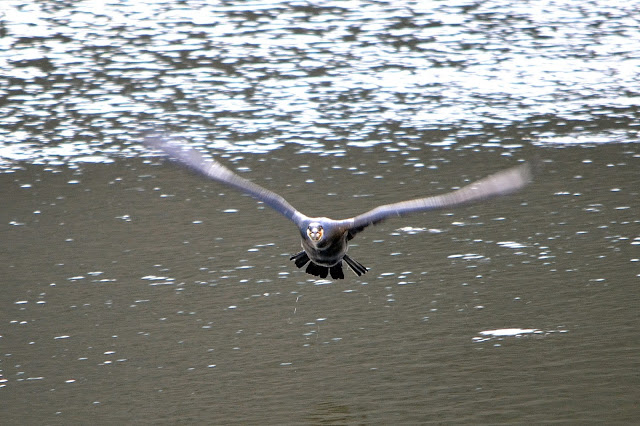 Shimizu Gate (Shimizu-mon清水門) - one of the Edo Castle gates, which was built in 1658 and which people can walk through. 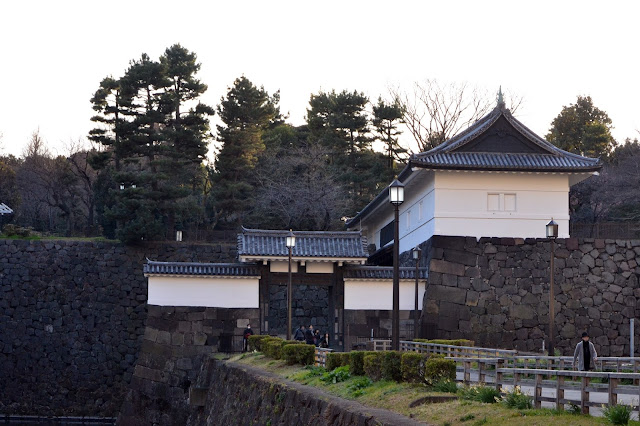 Behind the gate, the roof of Nippon Budokan (日本武道館) was dominating the view. 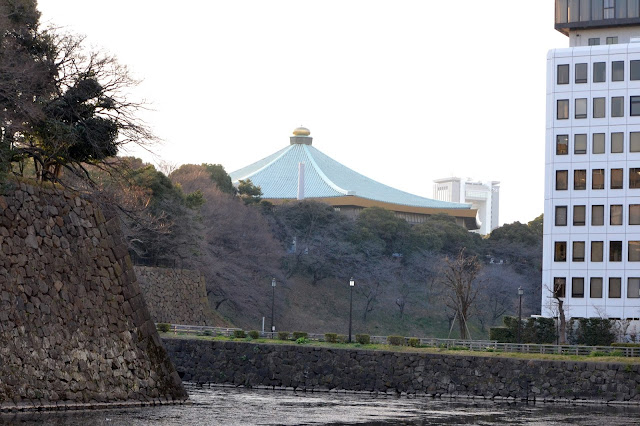 On the other side of Shimizu Bridge, the level of water looked higher and Tufted Ducks (Kinkurohajiroキンクロハジロ) were resting peacefully. 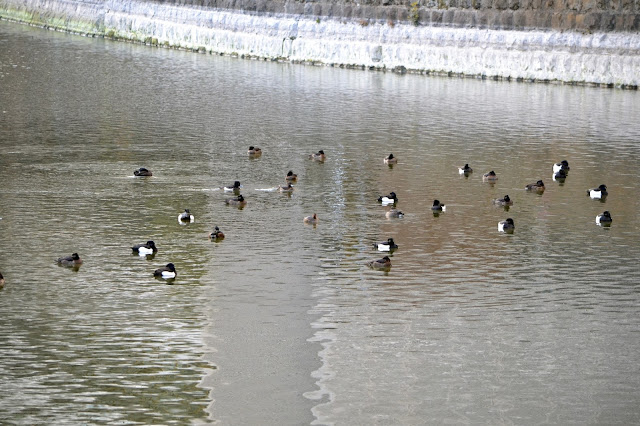 Towards the end of my walk, there was a lone Mute Swan (Kobuhakuchoコブハクチョウ) foraging amongst the dabbling ducks. 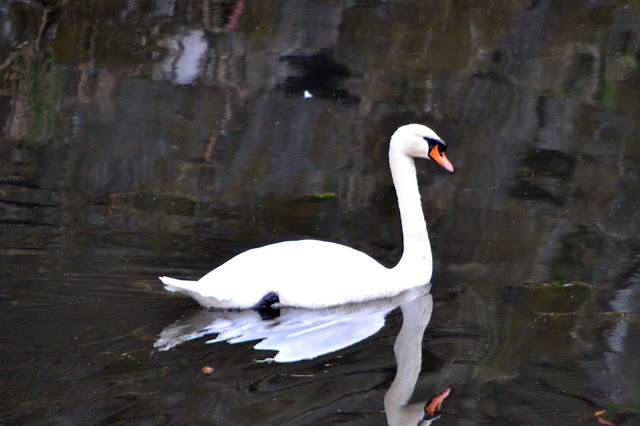 When I was just about to turn around towards the station, something caught my eye.
It was a lovely female Daurian Redstart (Jobitakiジョウビタキ), jumping up and down to catch tiny flying insects. 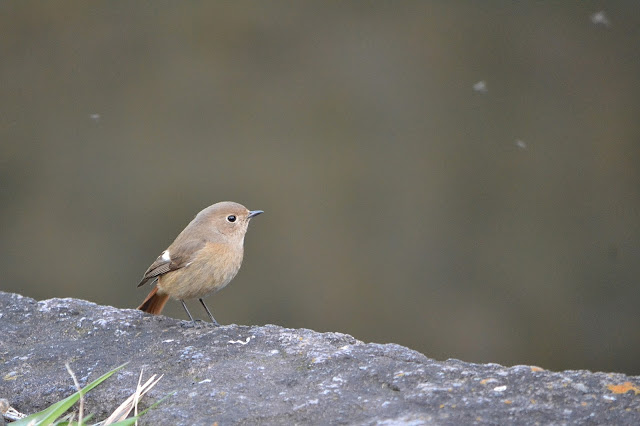 I delayed my leave (of course!) and enjoyed her company for a little longer.