A small flock of Common Crossbill (Isukaイスカ) were seen in the area where the Pallas's Rosefinch was wintering. 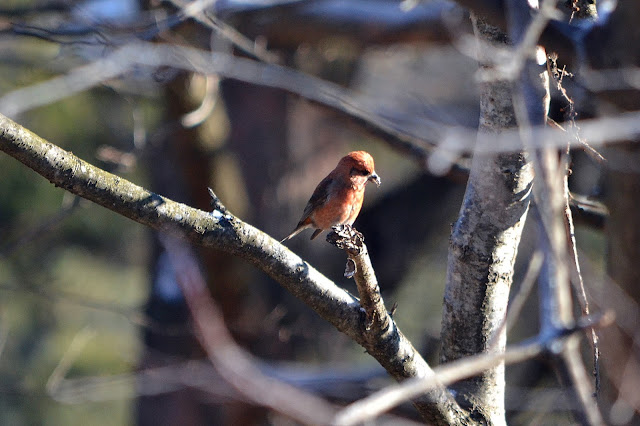 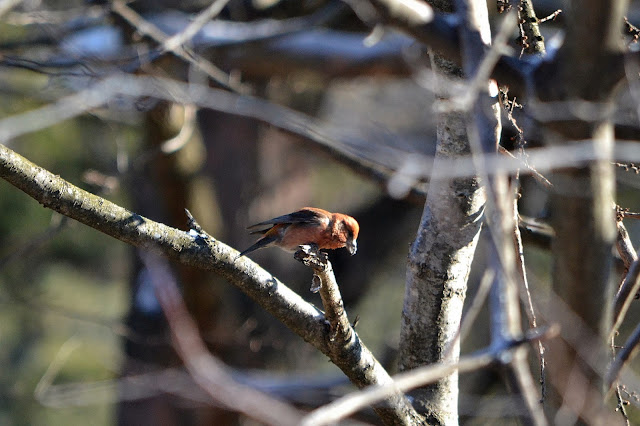 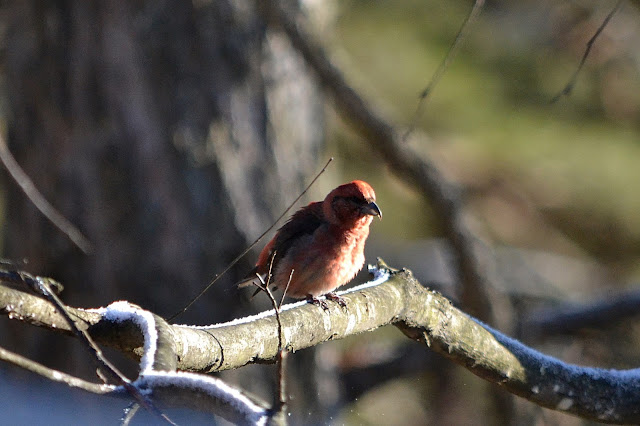 We had never seen Crossbills so close! They seemed to come down to the lower branches to eat some snow.


Large mixed flocks were flying by in the fir trees. 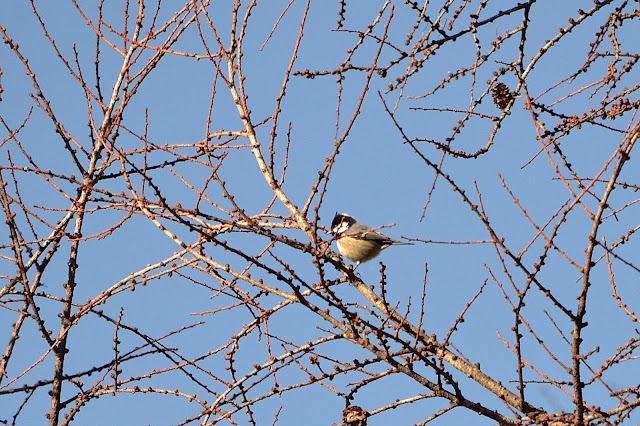 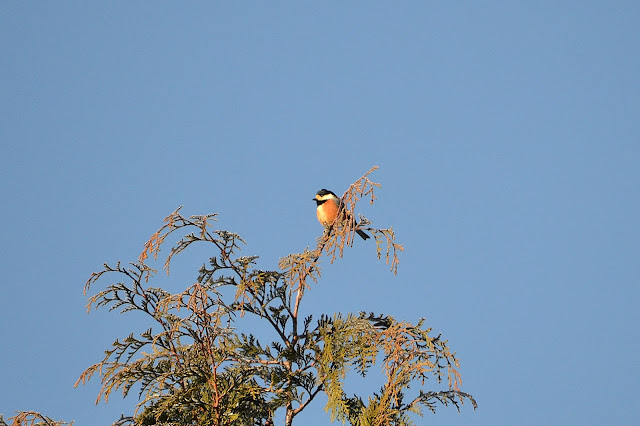 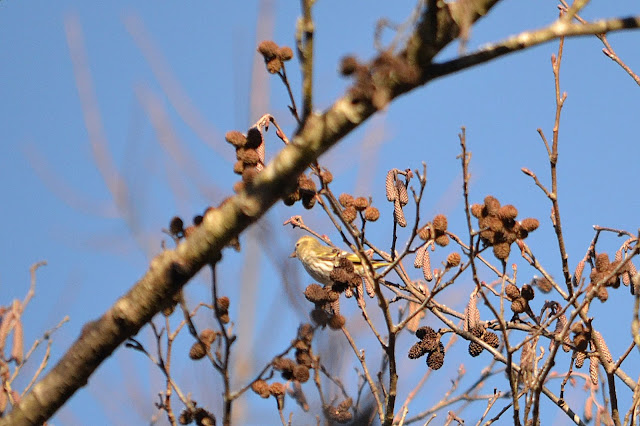 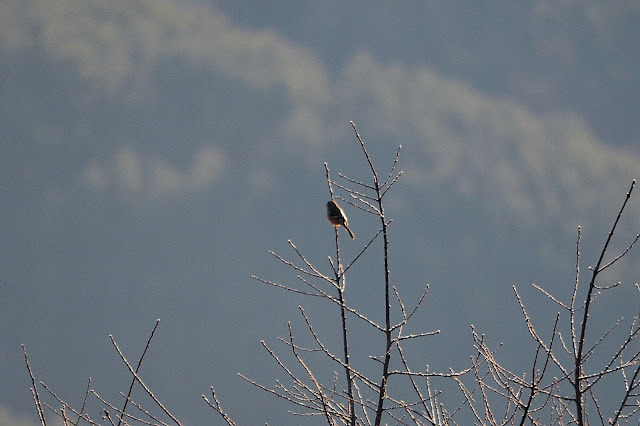