Some wintering ducks arrived in Yatsuhigata and I saw Pintails and Teals on that day.

Teals (Kogamoコガモ) were busy dabbling on the surface of the mud. 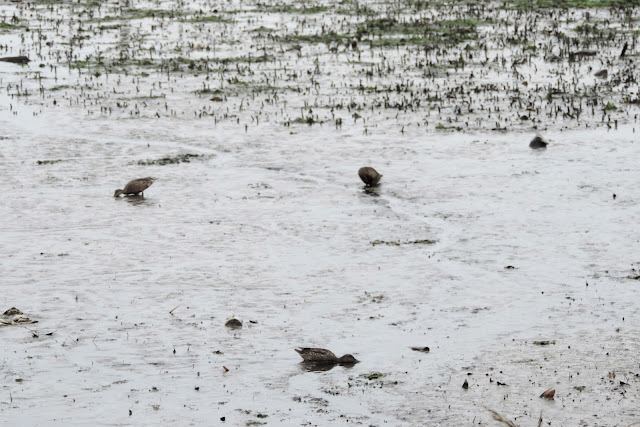 The light wasn't great for taking photos but they came quite close to the embankment. 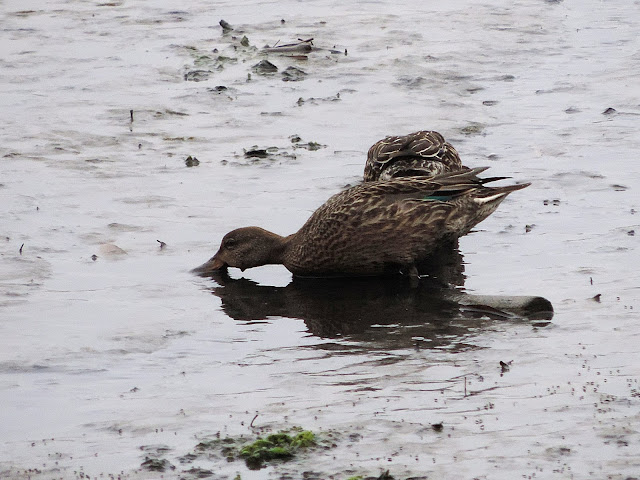 Males are now in eclipse plumage so it was quite hard to identify them as a male or female.
(especially when their bills were coated in mud!!)

A flock of Pintails (Onagagamoオナガガモ) was in the middle of the pool. 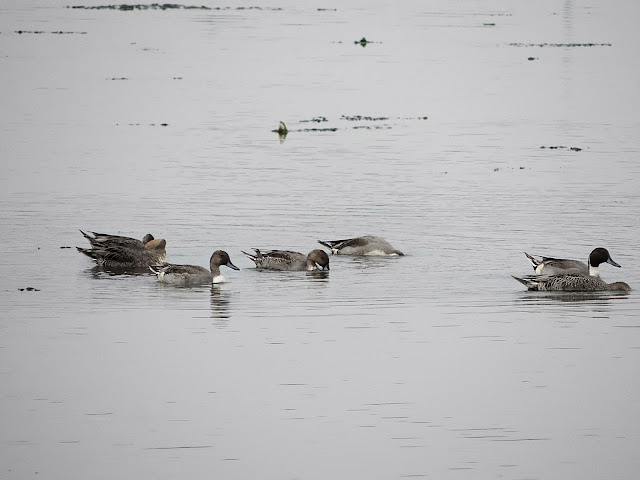 There were not so many waders as I'd thought there'd be. Autumn migration is towards the end.

A lone Ringed Plover (Hajirokochidoriハジロコチドリ) was foraging at low tide. 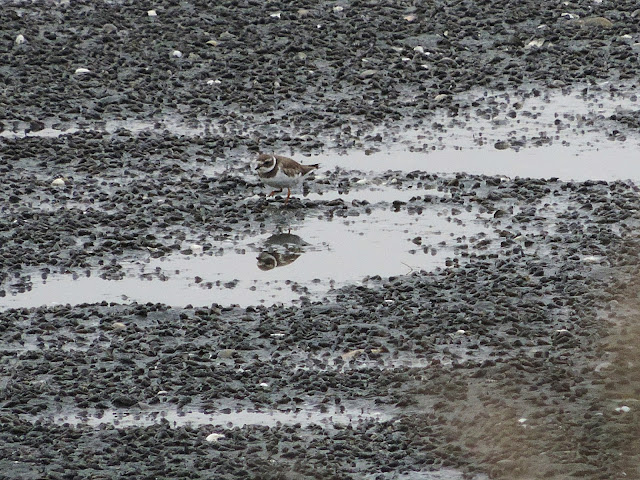 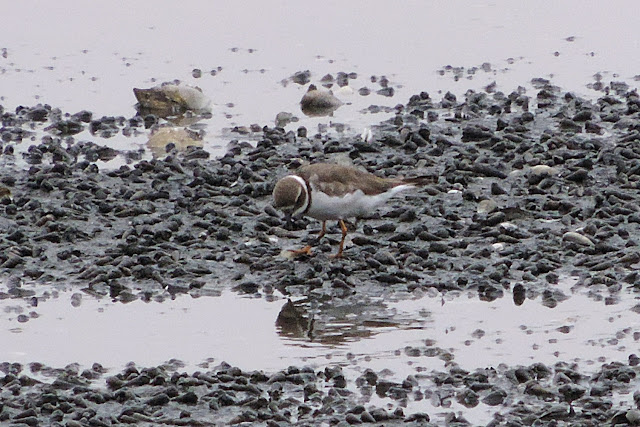 A Great Knot (Obashigiオバシギ) was foraging with other waders. 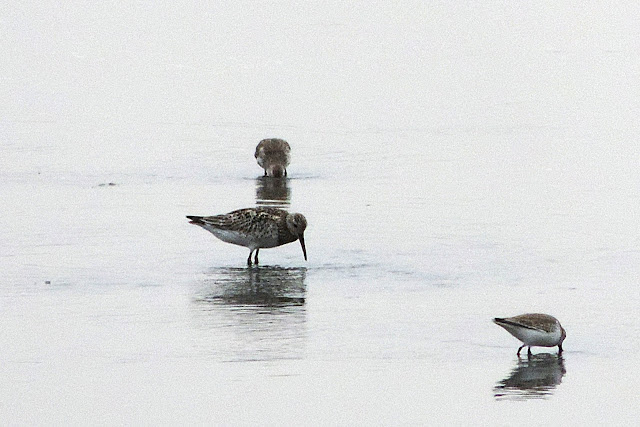 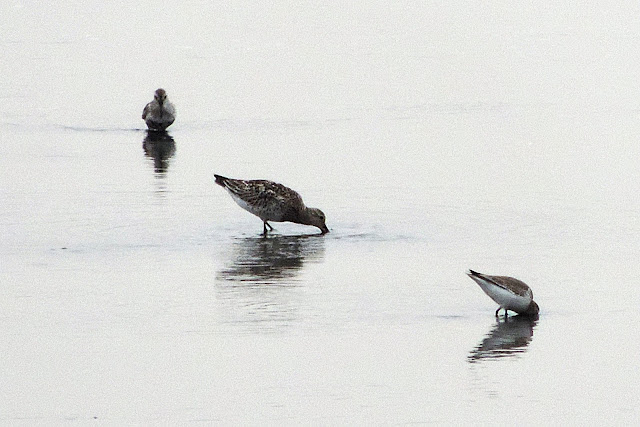 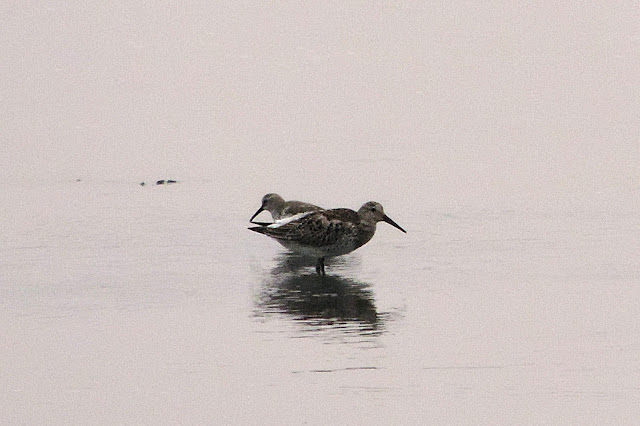 Grey Plovers (Daizenダイゼン) and Dunlins (Hamashigiハマシギ) are the two main waders which stay and winter here in Yatsuhigata. 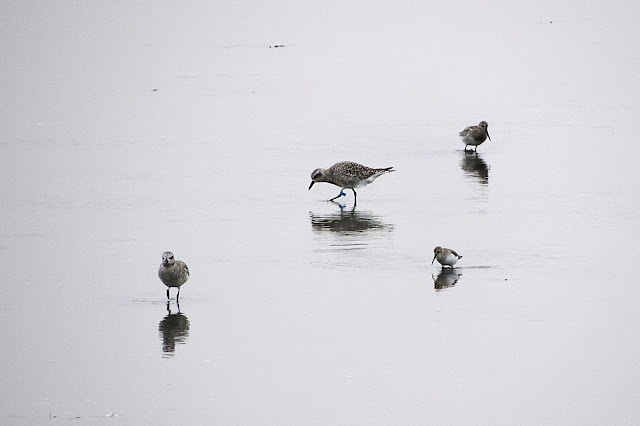 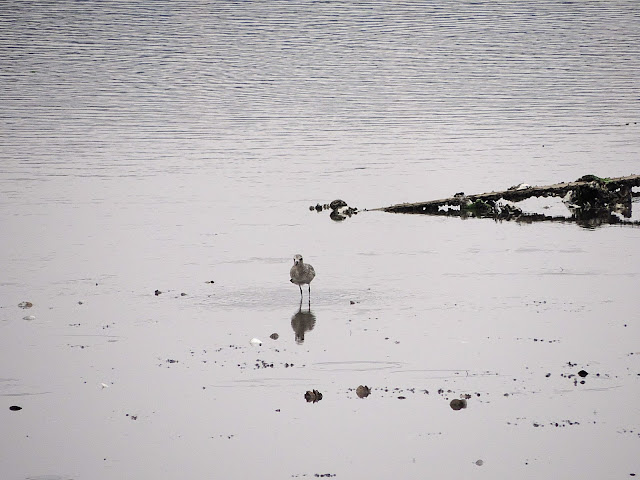 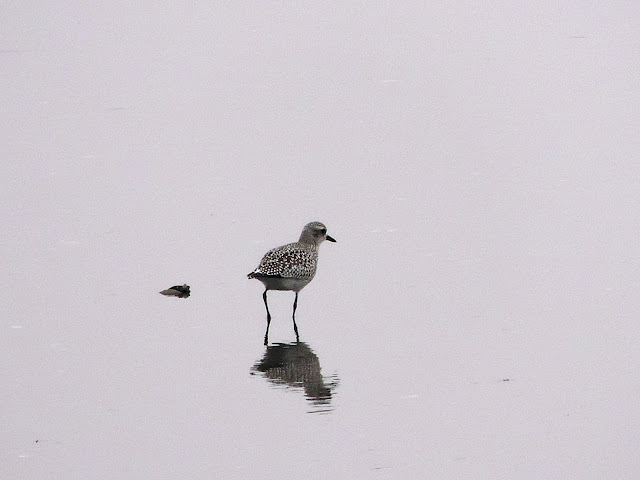 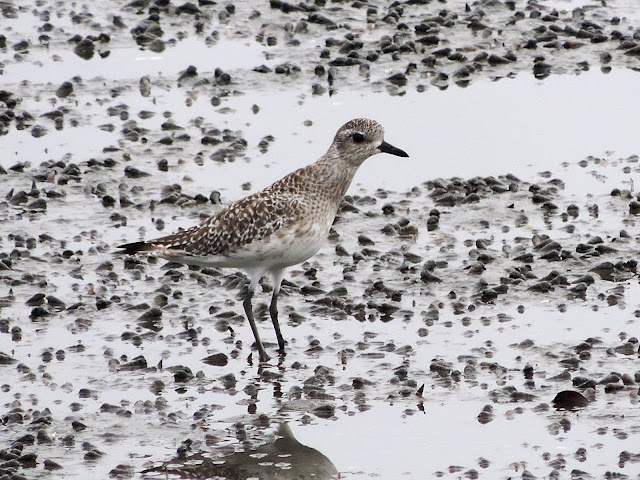 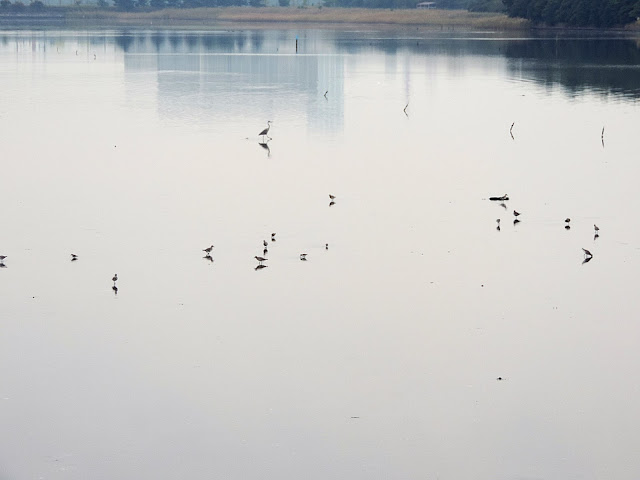 The water was gradually coming in through the very narrow waterways and suddenly all the cormorants, herons and egrets flew to one spot like it was a competition. 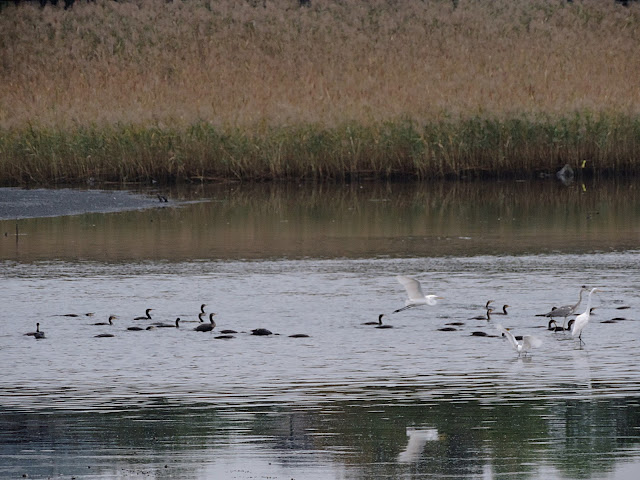 Fish, which were coming in with the tide, were stuck in shallow water and they had no chance against big eaters like those hungry birds! 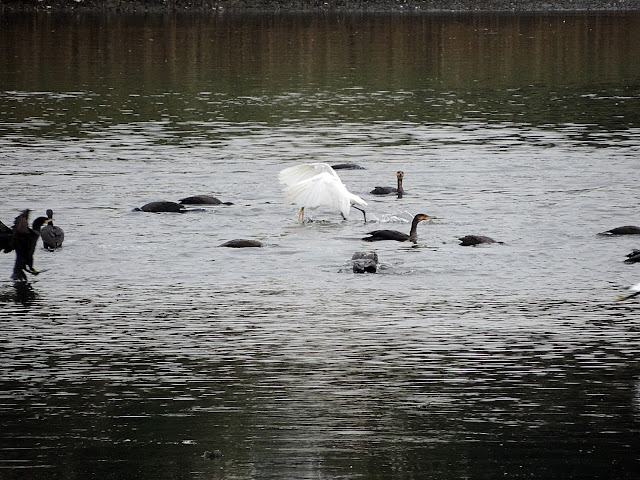 By the time I got back to the north end of the mudflats, the water covered the whole area which was mudflats just half an hour ago. 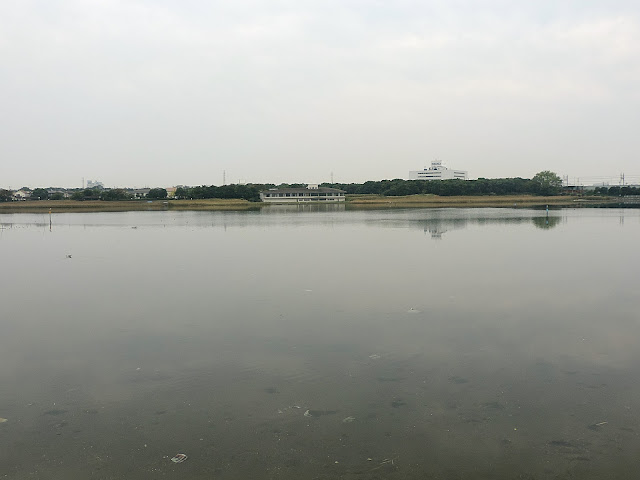 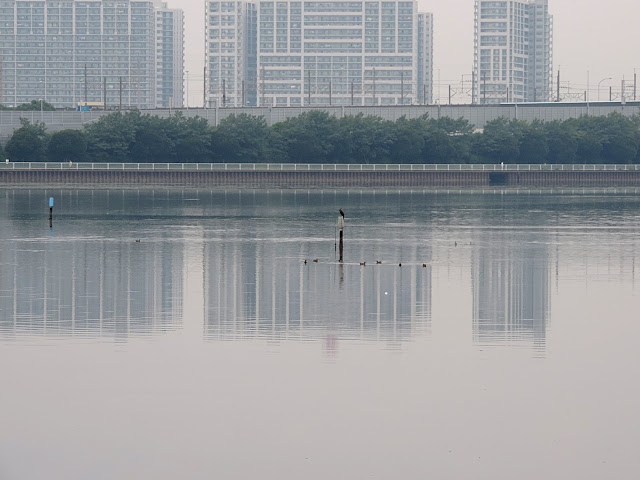 A peregrine falcon flew in the sky and all went quiet. 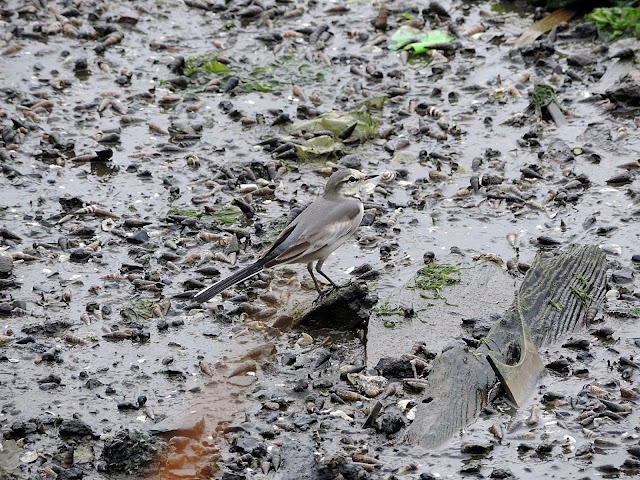 a White Wagtail (Hakusekireiハクセキレイ)
at 23:22