We went down to Yatsuhigata to see migrant birds on the mudflats. 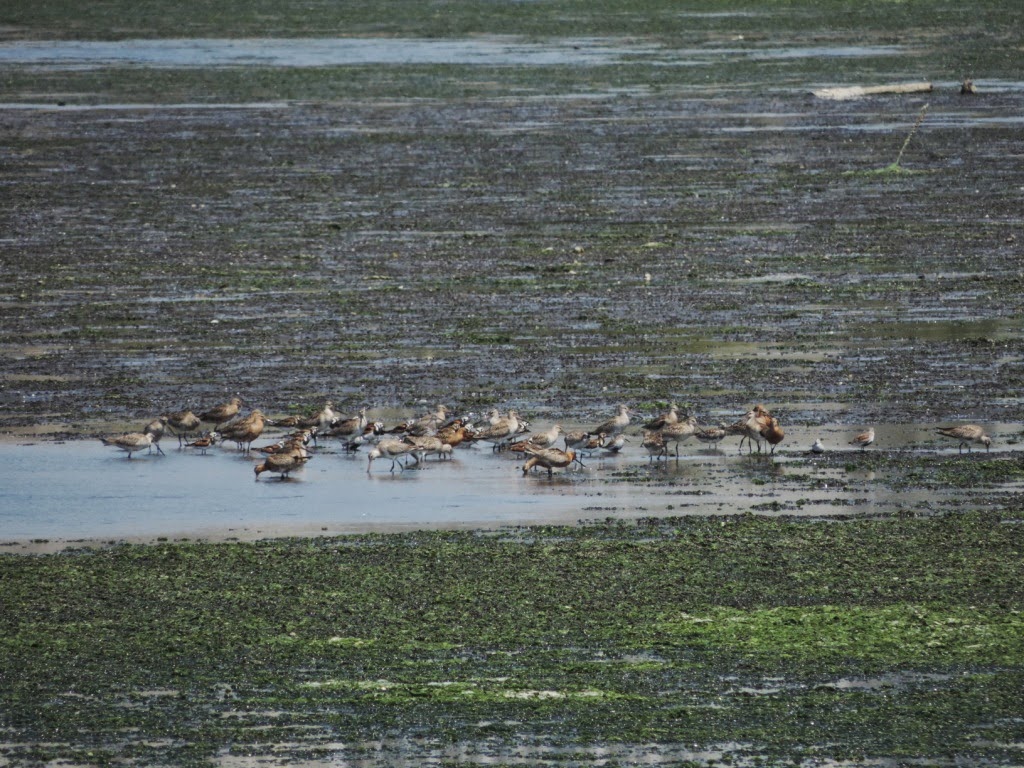 When we got there, it was at low tide so all the waders were further out. 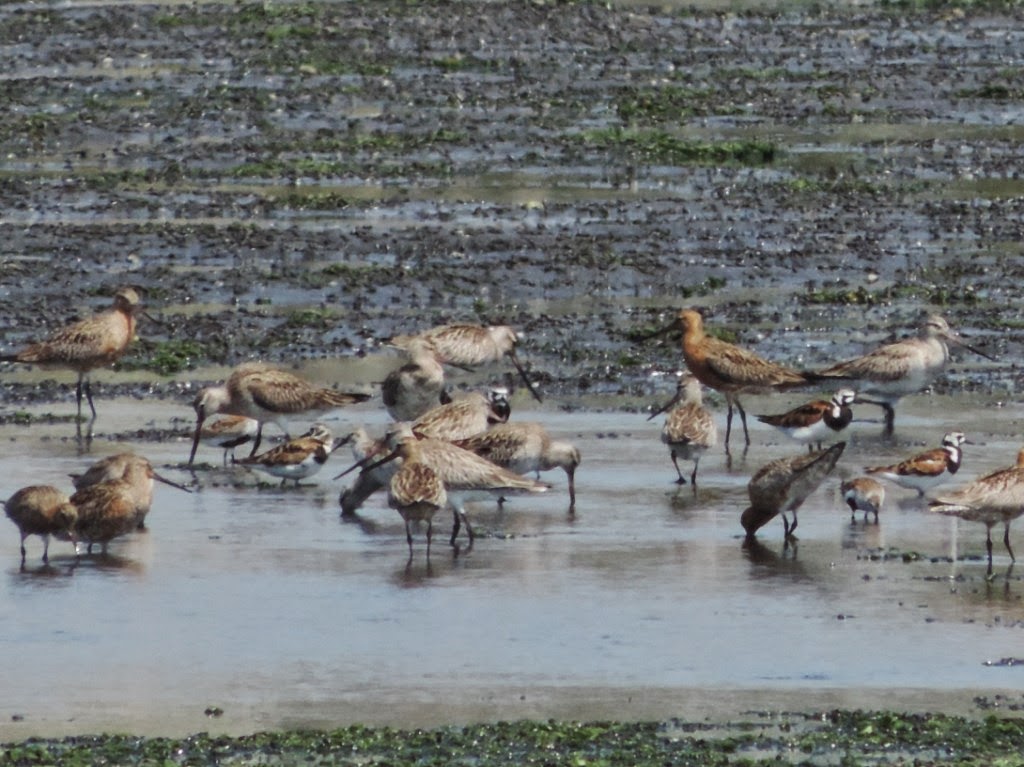 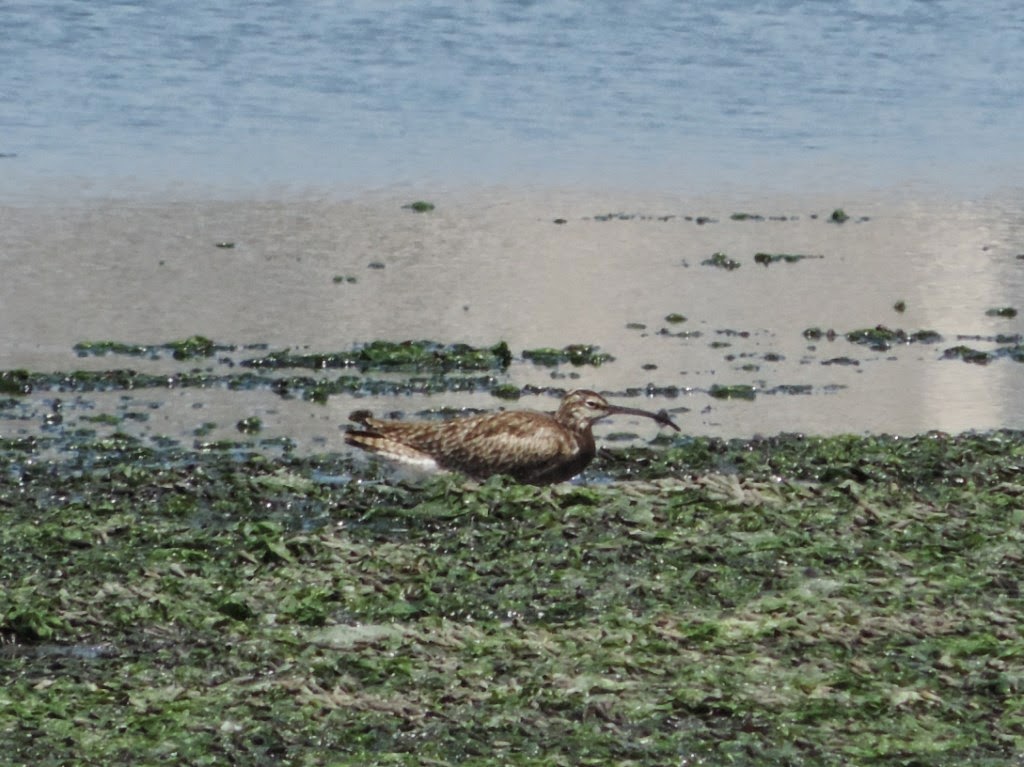 Some Whimbrels (Chushakushigiチュウシャクシギ) were on their own. One of them had a blue ring on his leg but it was too fat to read the number. 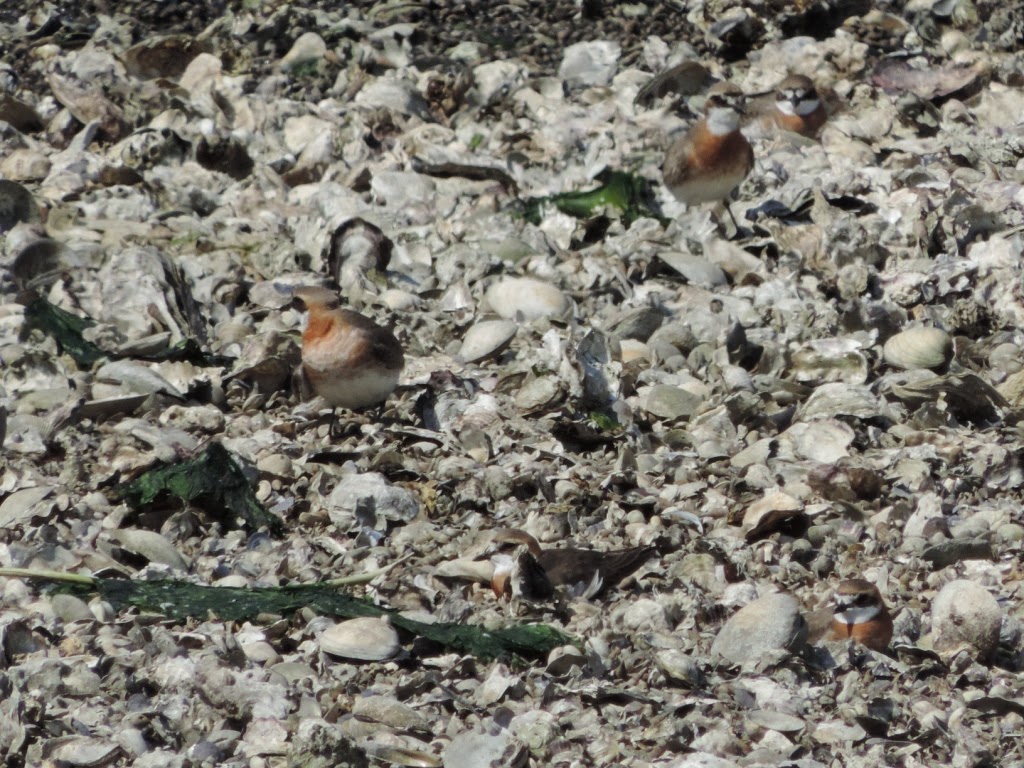 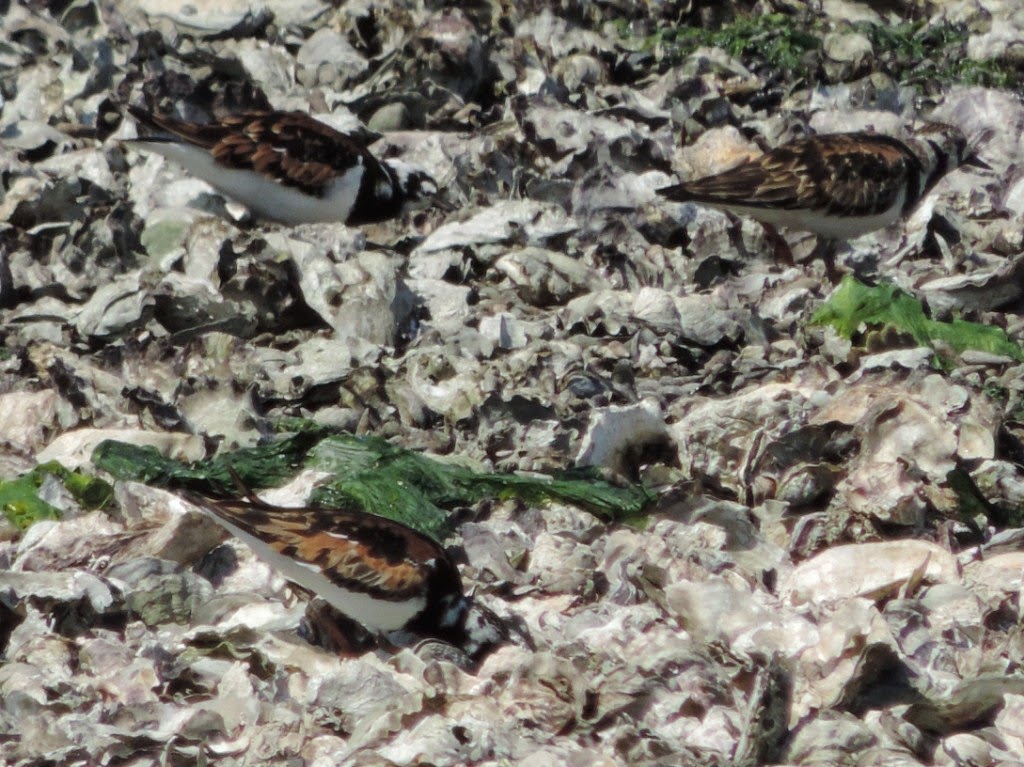 Turnstones were foraging/resting on oyster shells. They were so well camouflaged it was hard to spot them at first. 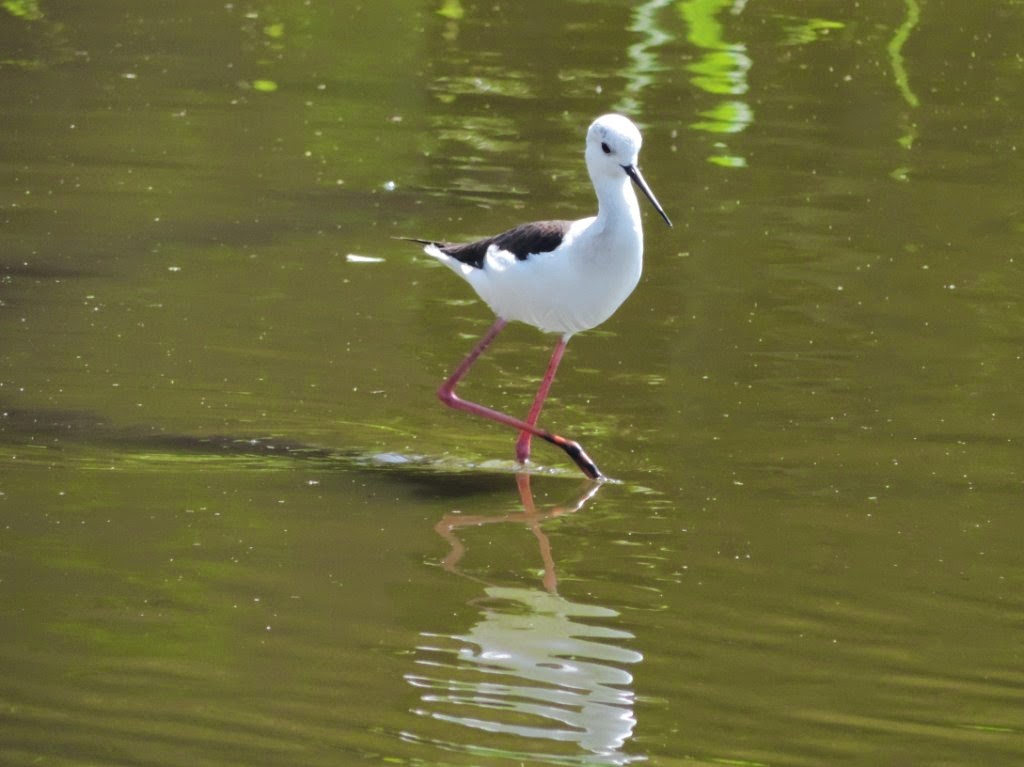 Black-winged Stilts (Seitakashigiセイタカシギ) were ready to breed in the freshwater pond there. 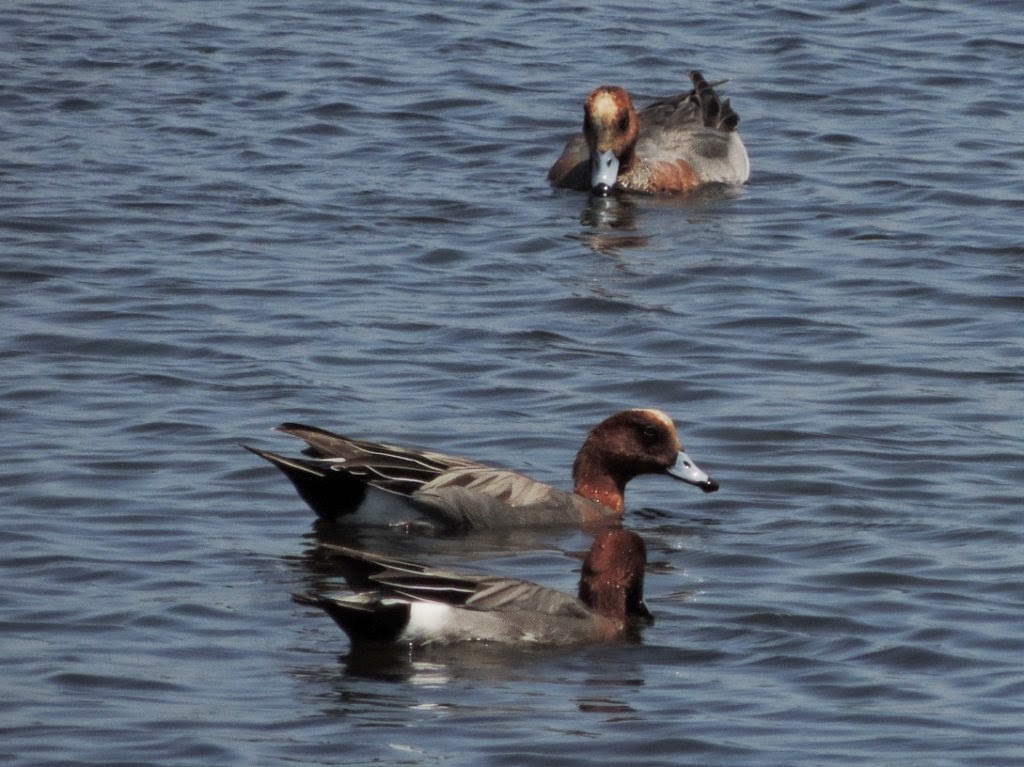 Some wintering ducks were still there. Male Wigeons (Hidorigamoヒドリガモ) 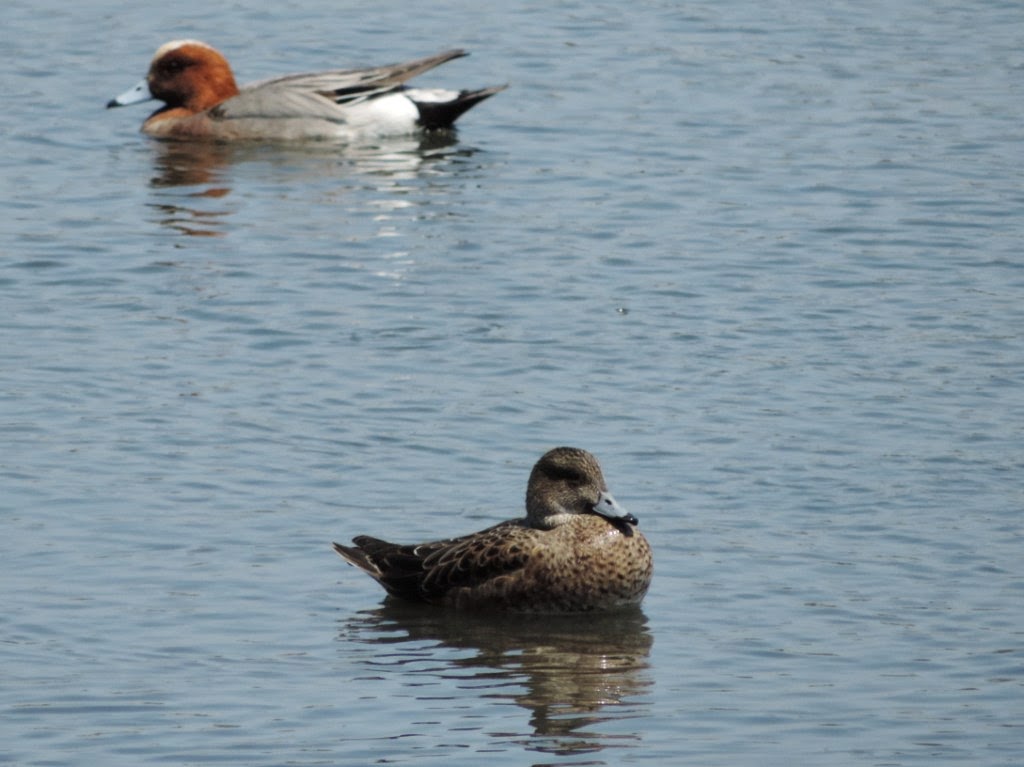 and a female Wigeon. 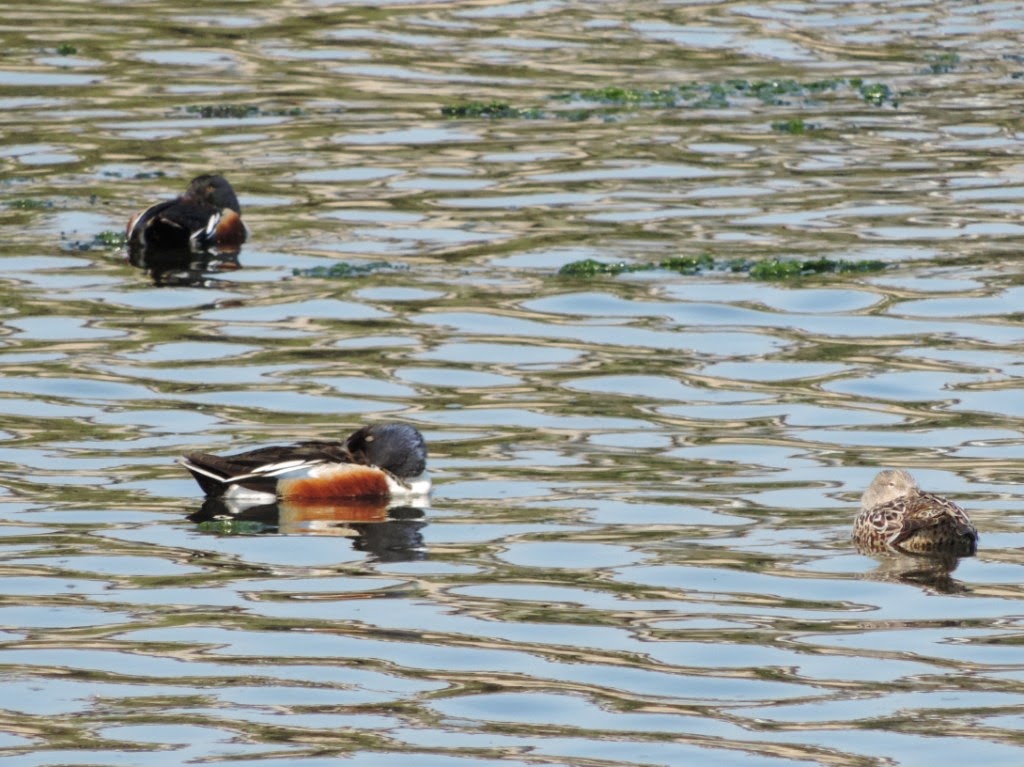 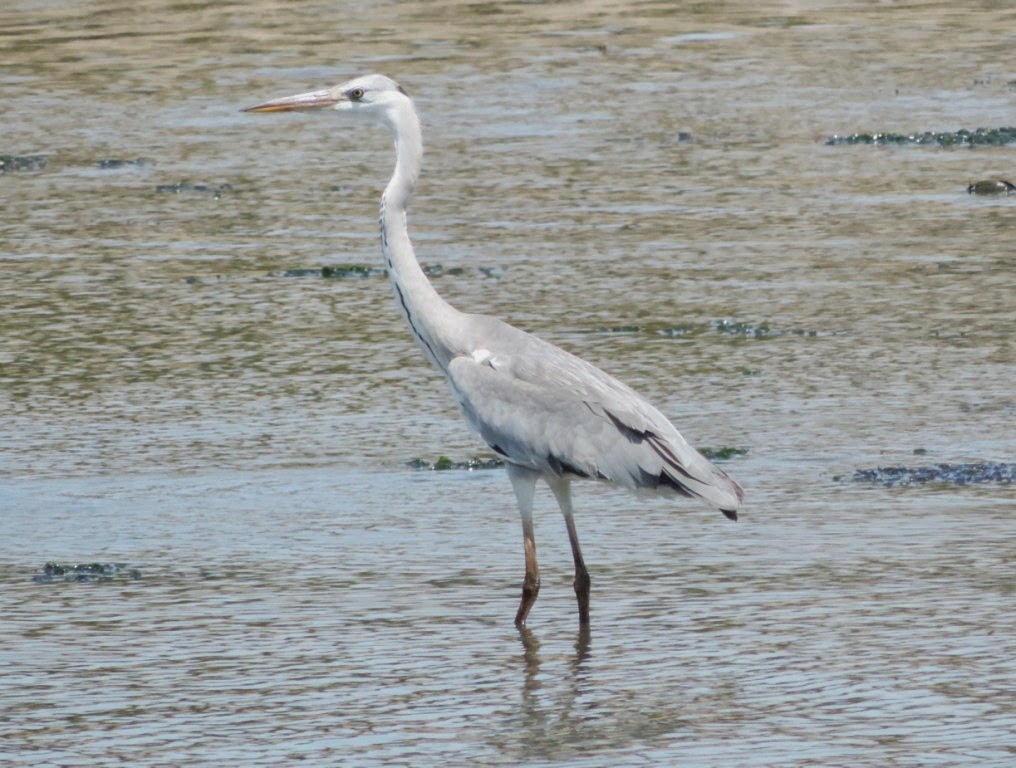 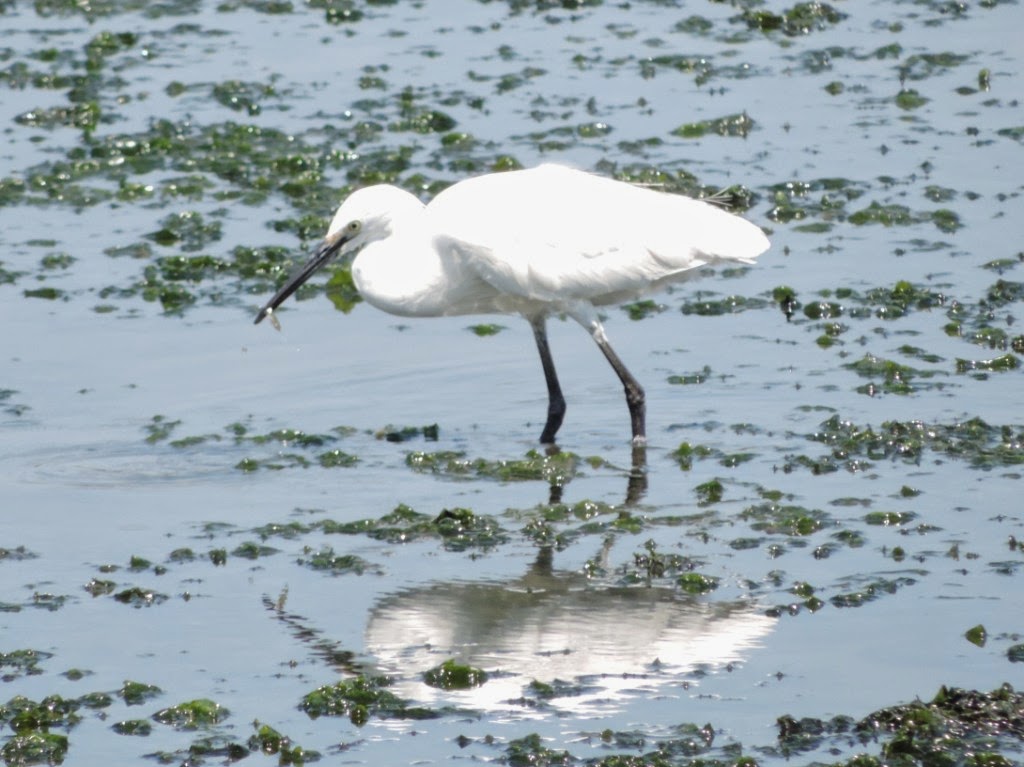 A Little Egret (Kosagiコサギ)
with a tiny fish in its beak

A pair of rays in the shallow water 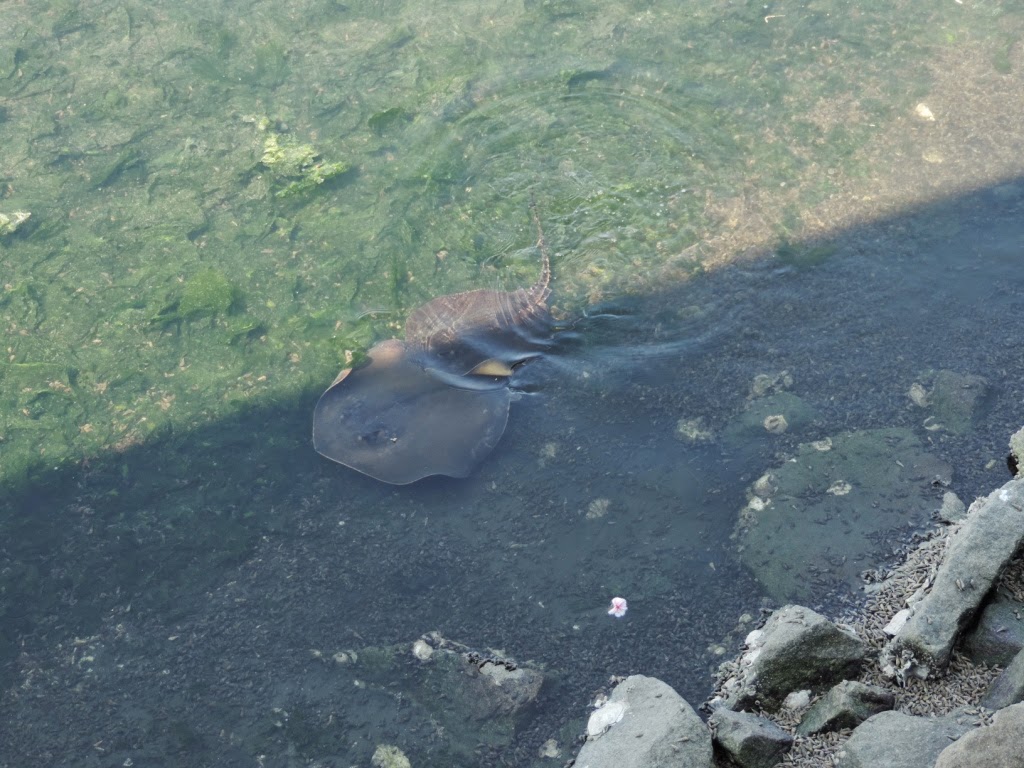