In spite of the fact that it is right next to the really busy junction of the Chibatogane Motorway and the Keiyo Motorway, Miyakogawa Mizu no Sato Koen is quite a good place for watching birds. 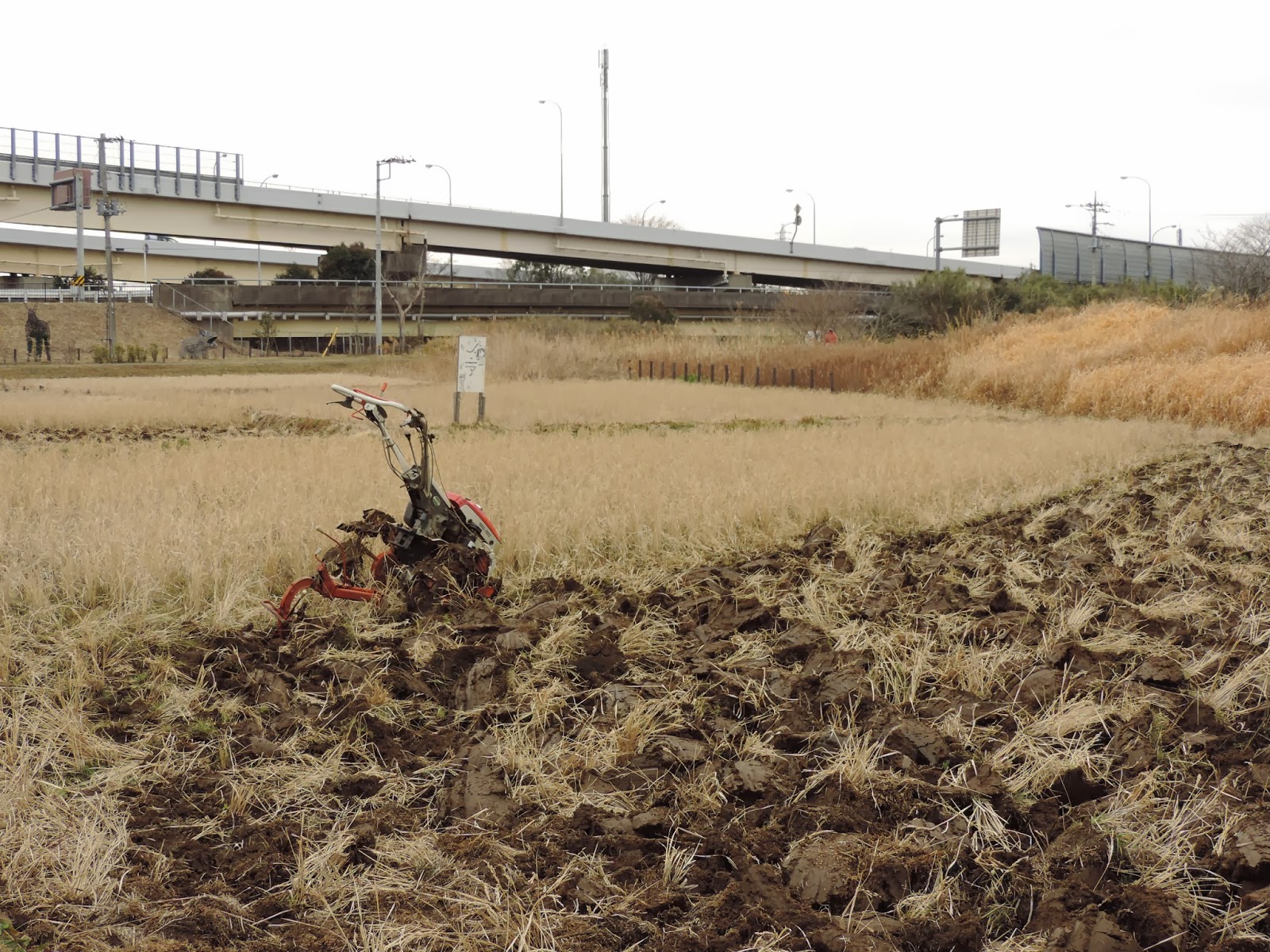 Local people grow rice during the warmer seasons and after harvest stubble is left, which is a great place for sparrows and buntings. 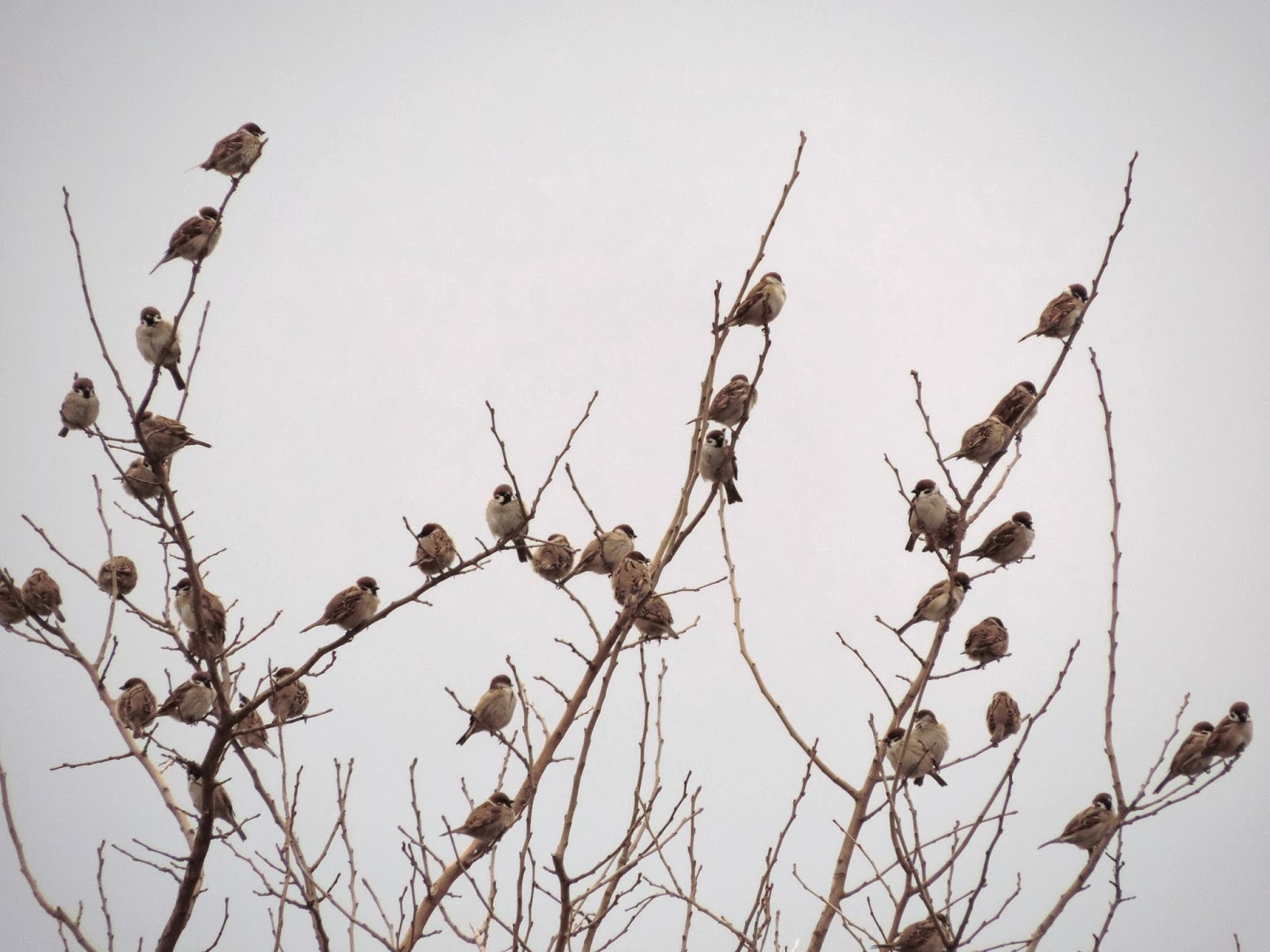 Even with all the noise from the motorways, you can hear them chirruping! 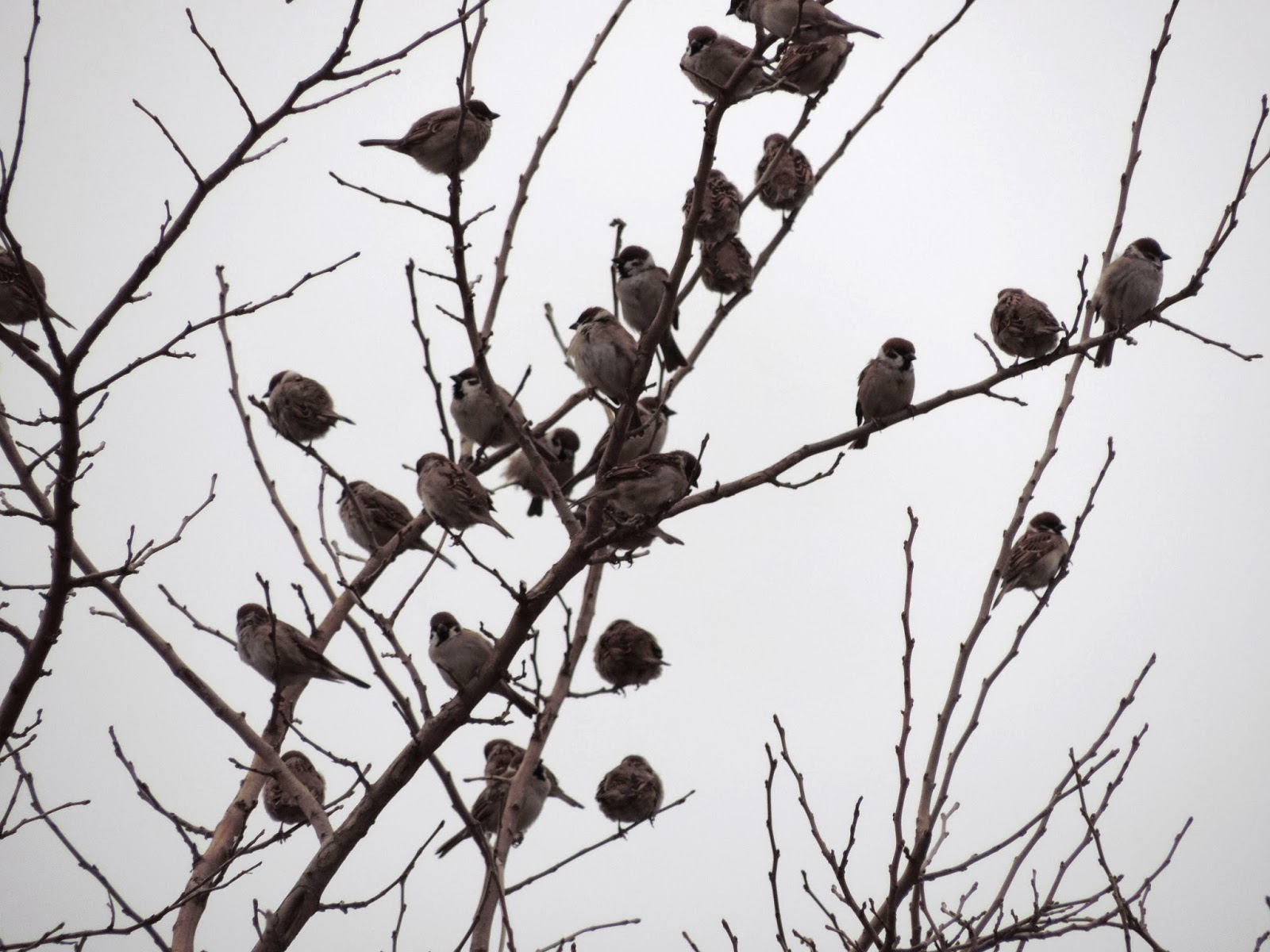 100+ Tree Sparrows (Suzumeスズメ) flew up into trees when people walked their dogs by the rice field. 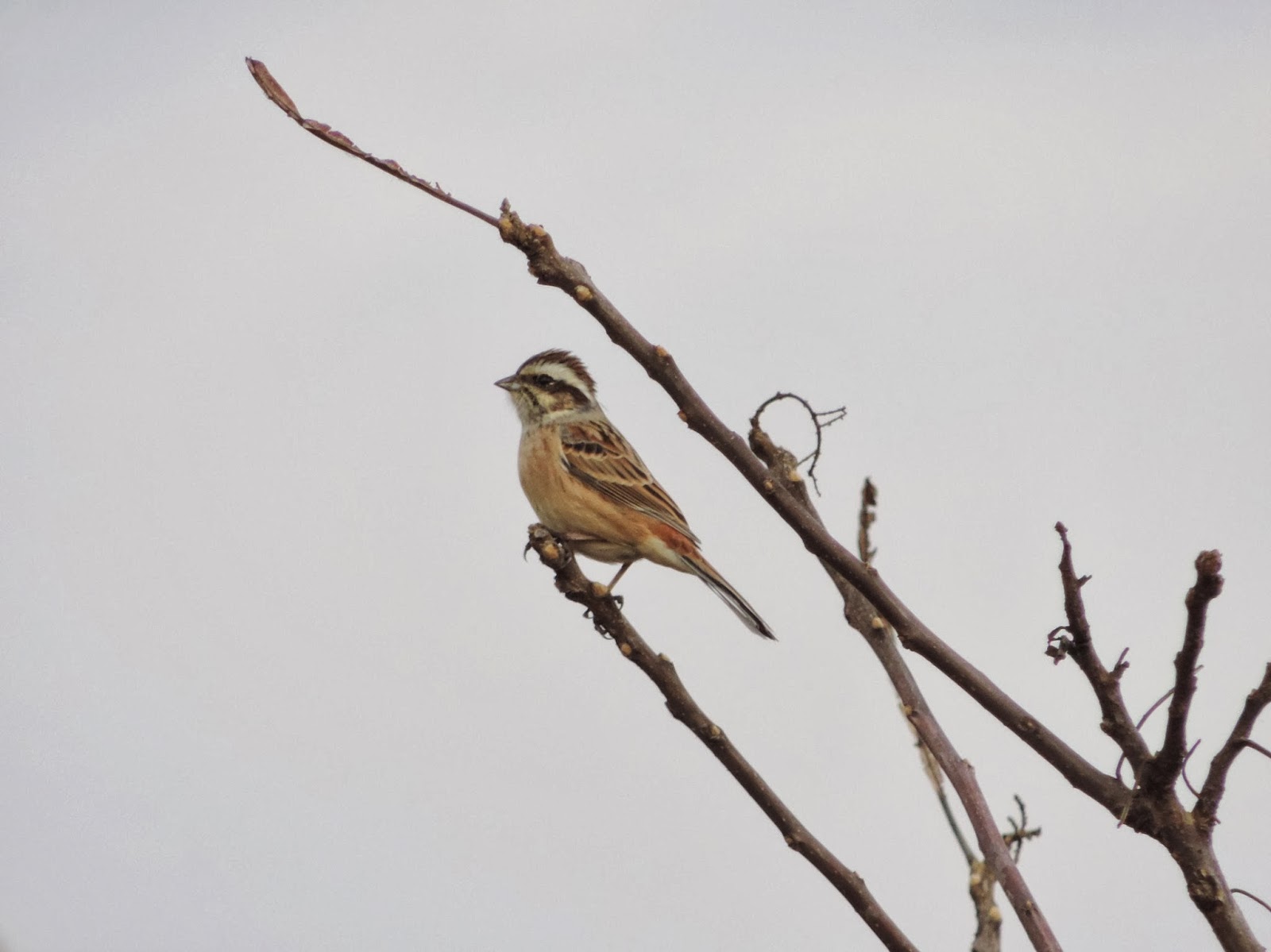 A Meadow Bunting (Hoojiroホオジロ) took refuge high up in a tree as well. 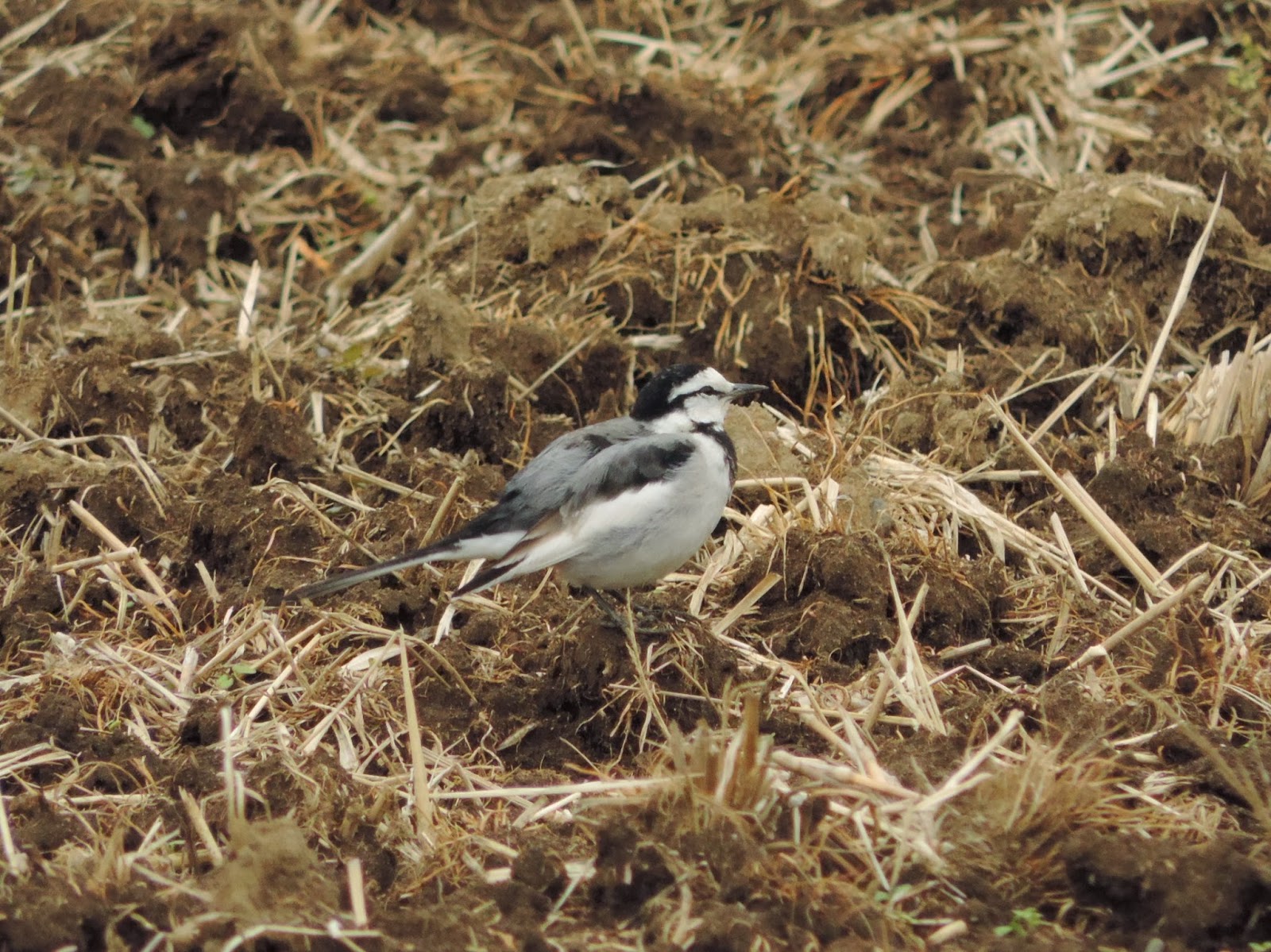 A White Wagtail (Hakusekireiハクセキレイ) was foraging on the field too, but this bold (or greedy?) one didn't fly away even when I walked right up to him! 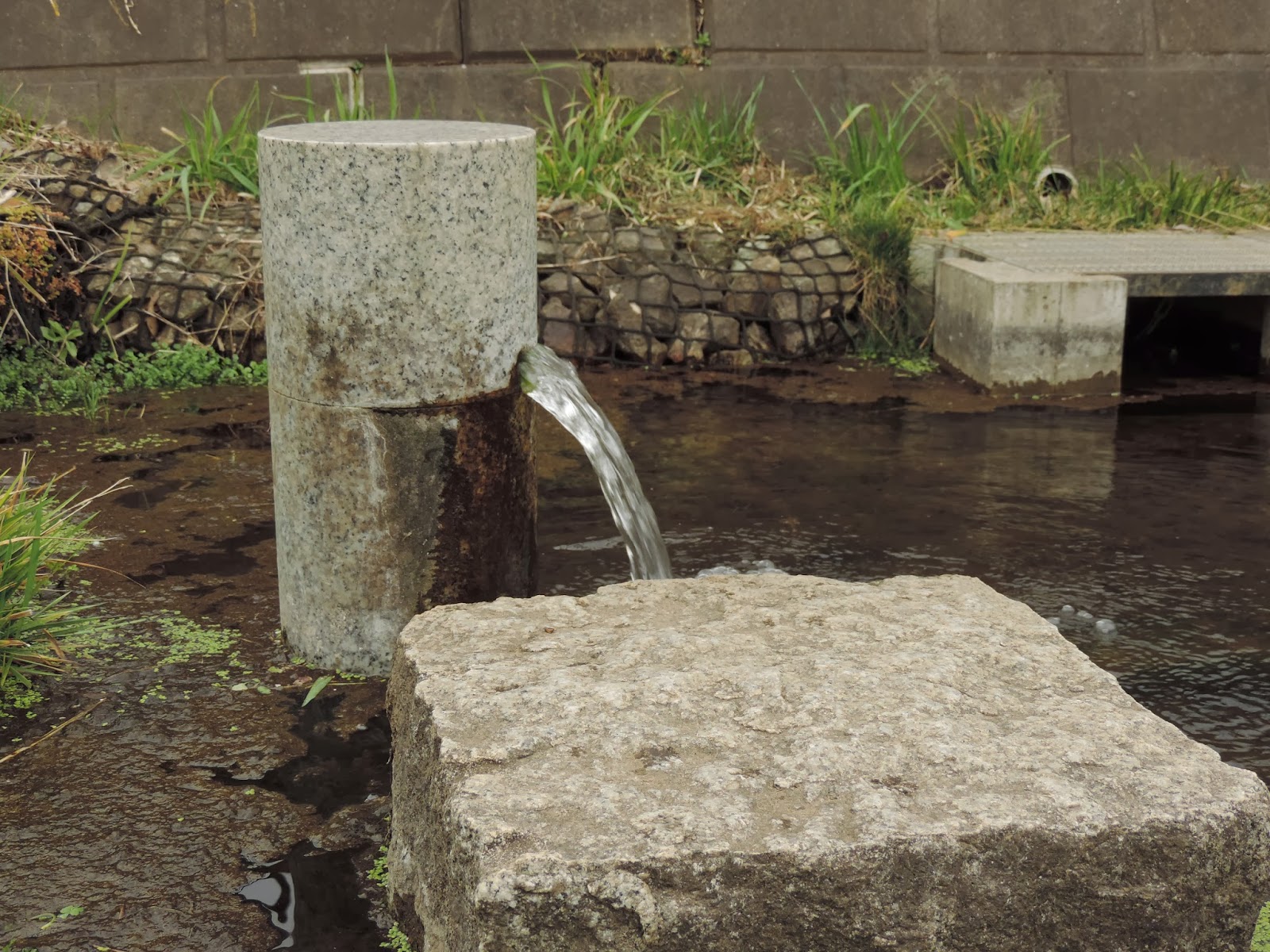 A well is feeding water into the rice field and the stream running through the park. 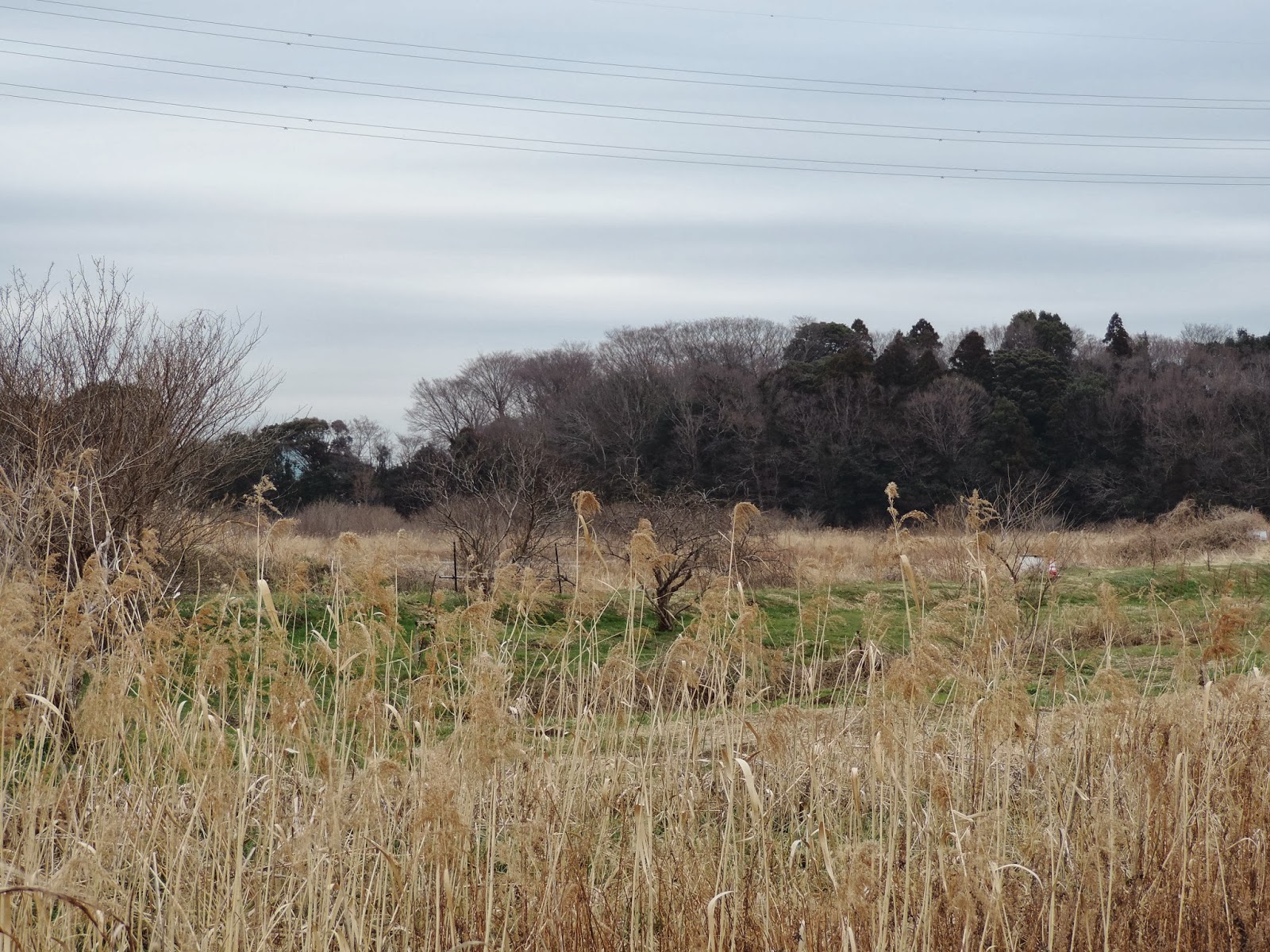 The park looks rather wild when you look away from the motorways. It was a bit hard to hear the calls of the birds with the traffic so close by, but still, I was able to catch lots of them. 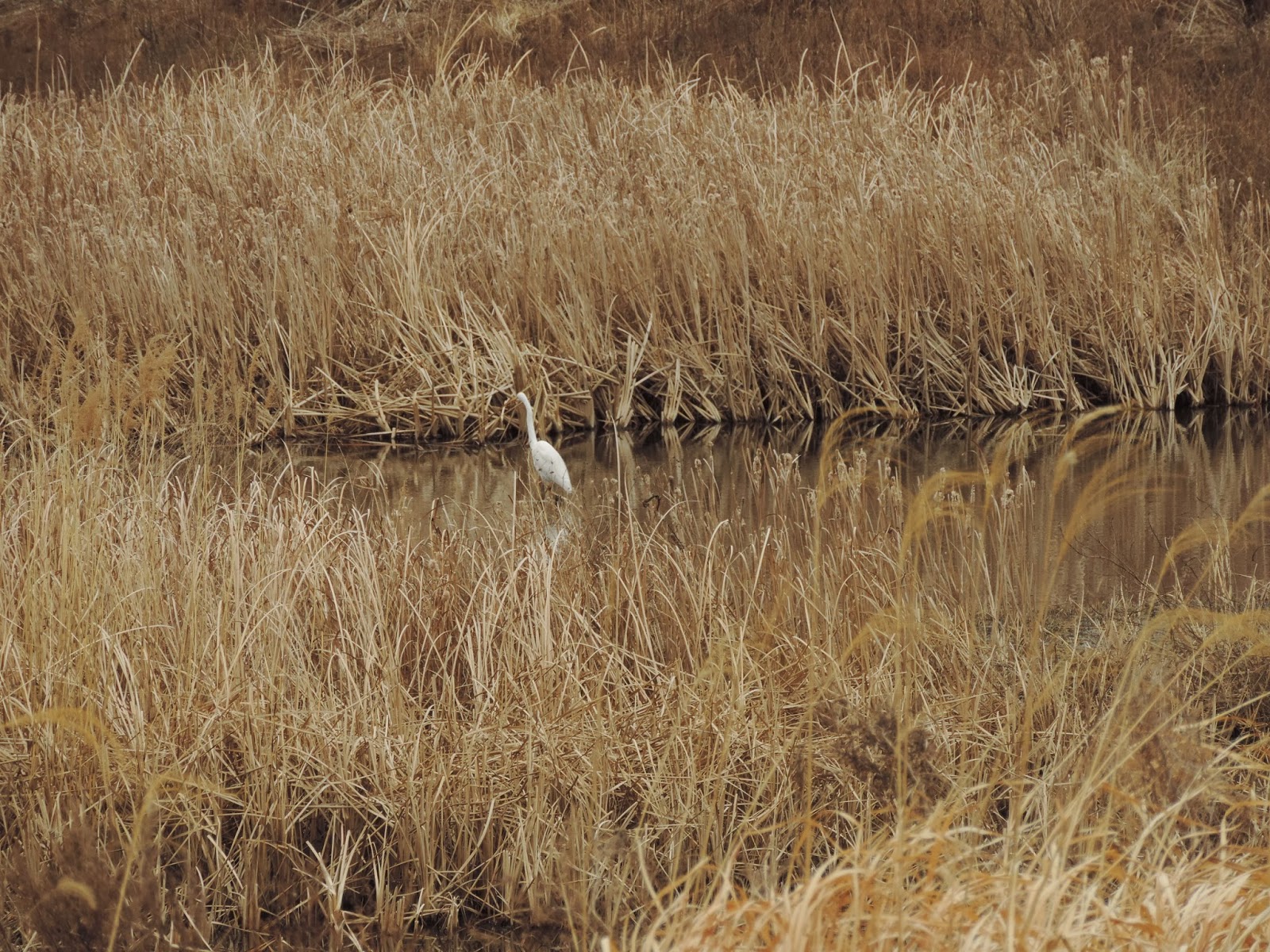 There is a marshy area beyond the park and a Great Egret (Daisagiダイサギ) was the only bird there. 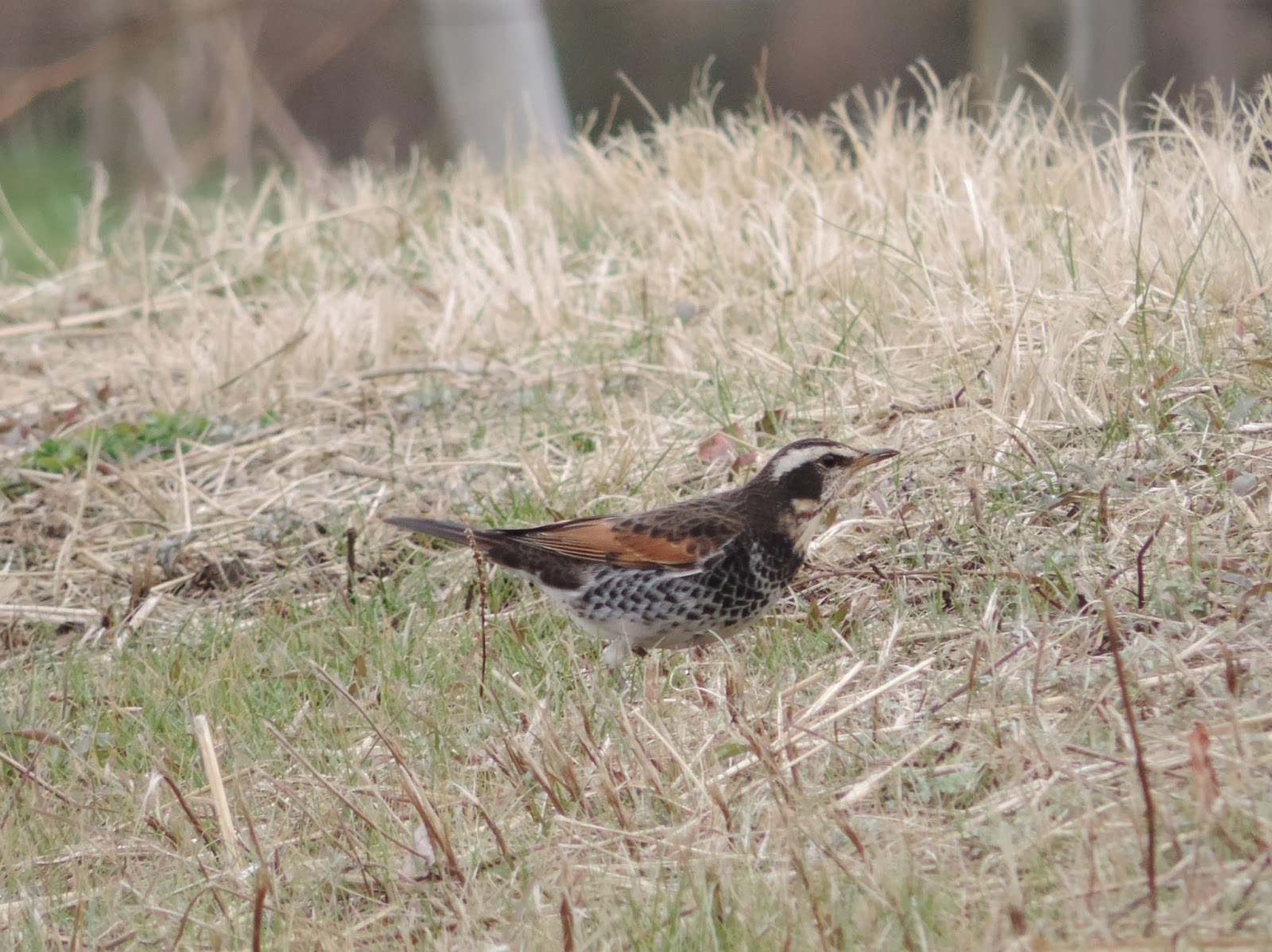 Dusky Thrushes (Tsugumiツグミ) were foraging here and there 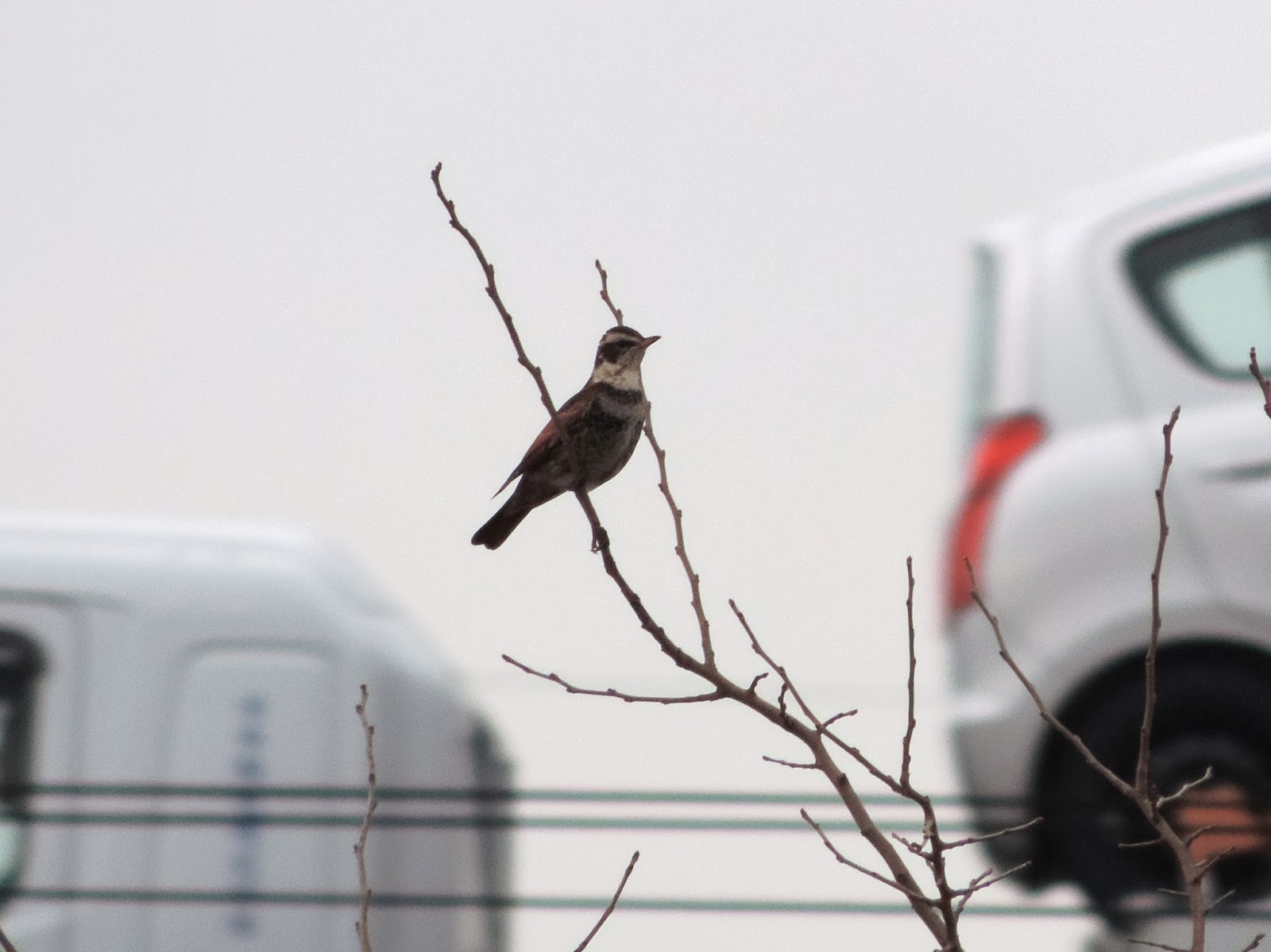 and that one was making very loud calls, competing against the traffic. 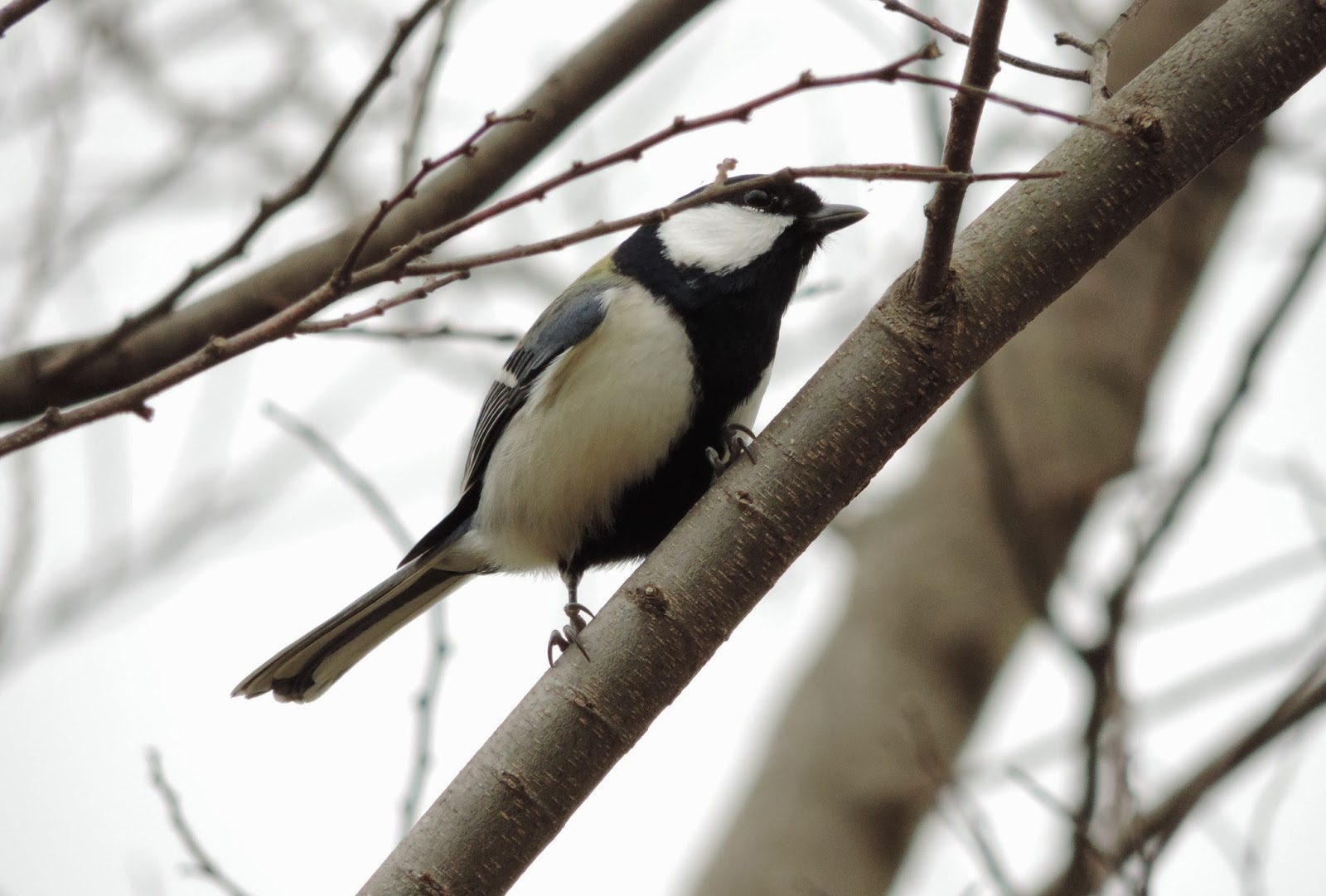 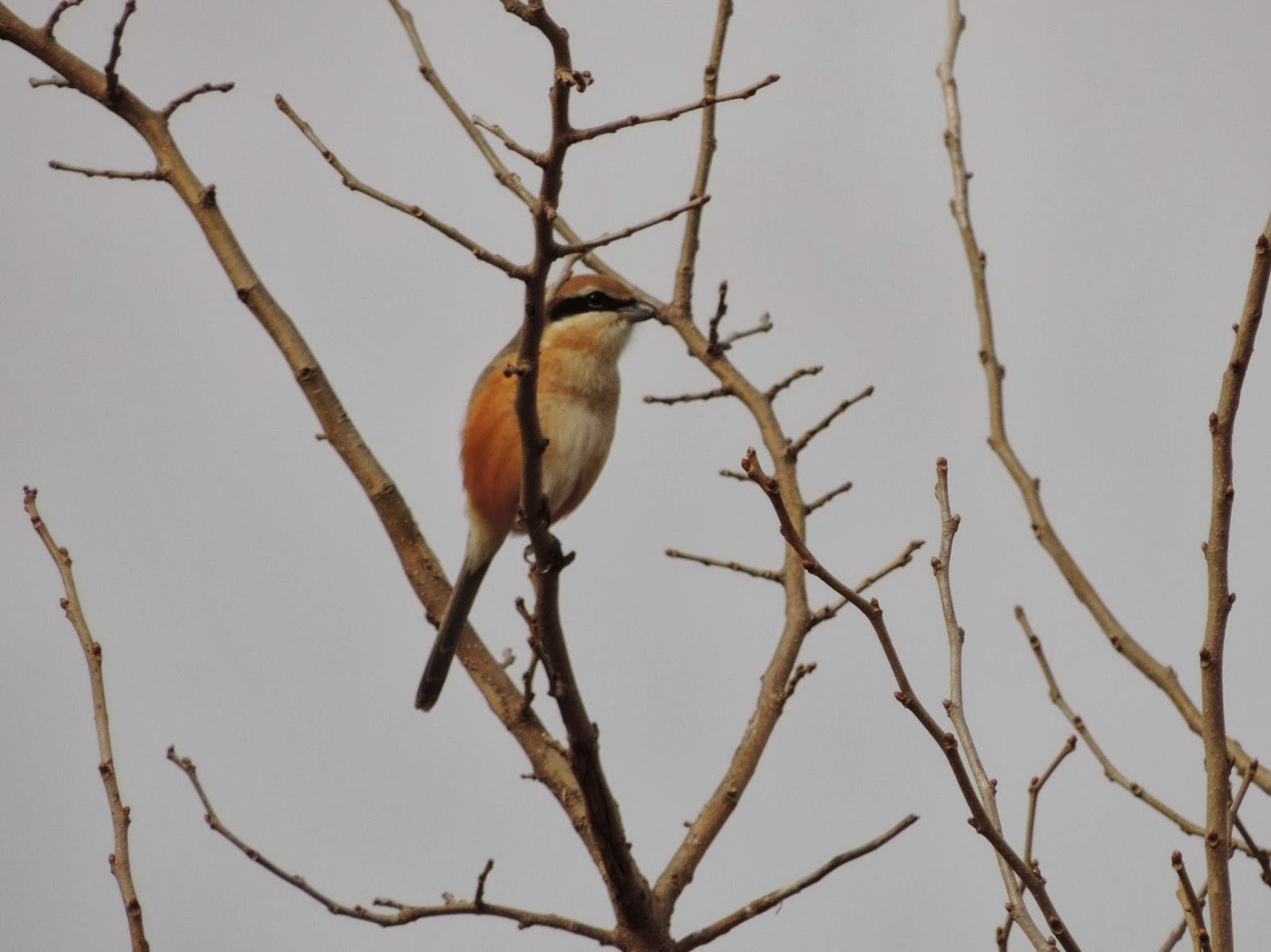 A male Bull-headed Shrike (Mozuモズ) was mimicking the songs of skylarks and starlings:) a female Bull-headed Shrike
You can clearly see its hooked upper beak, which is similar to a raptor's. No wonder little birds start becoming agitated when shrikes are around.
at 19:46

Email ThisBlogThis!Share to TwitterShare to FacebookShare to Pinterest
Location: Mizu no Sato Koen (the Miyako)