Shinjuku is one of the busiest areas in Tokyo, which makes you think there will be no green whatsoever, but here it is! 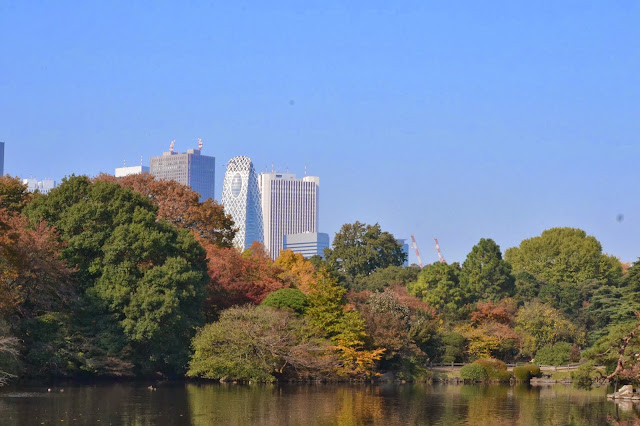 Shinjuku Gyoen Park used to be a garden for the imperial family but this area became a public park after WWII. It covers about 58ha of land and is just behind those skyscrapers. 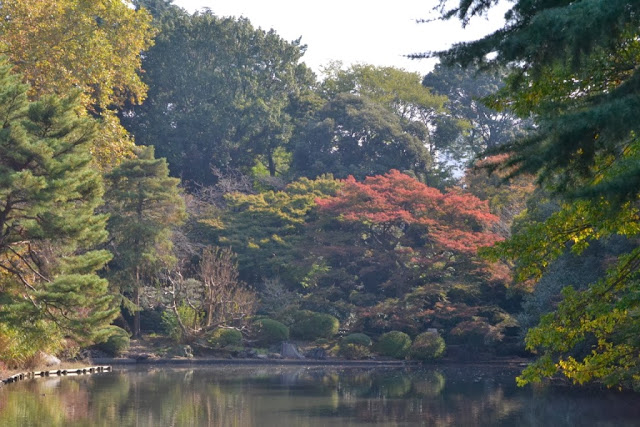 Although I walked in the Japanese garden area with lots of pine trees and rocks, the park has some different types of gardens and green areas, such as an English garden, a French garden, a greenhouse and thick woods.

It was Sunday and sunny, which means loads of people in the park...
but I found some peace in the thick woods:) 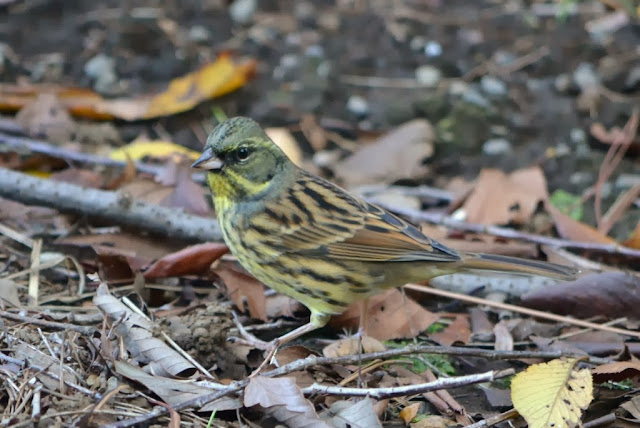 A Grey-faced Bunting (Aojiアオジ) hopped really close to me while I was standing completely still. His 'shee' calls can be heard from a distance and I found his friend nearby too. 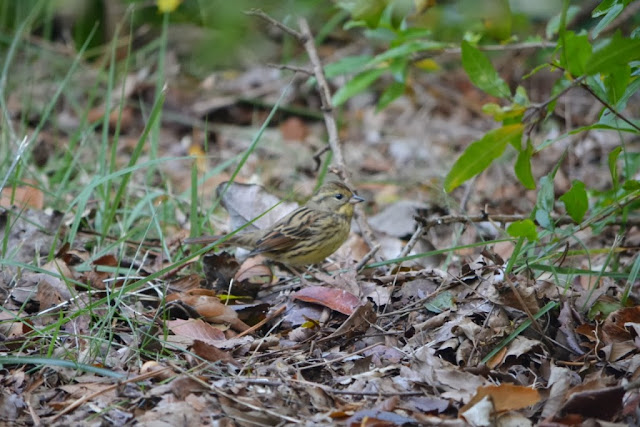 Lovely little things! They are wintering birds in and around Tokyo and I see them quite often in Chiba too. 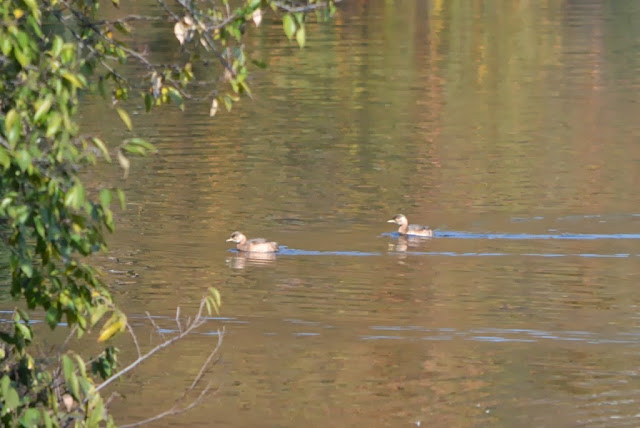 There were lots of Spotbilled Ducks (Karugamoカルガモ), Mallards (Magamoマガモ) and Little Grebes (Kaitsuburiカイツブリ) on the lakes. I was expecting some Mandarin Ducks but no luck. 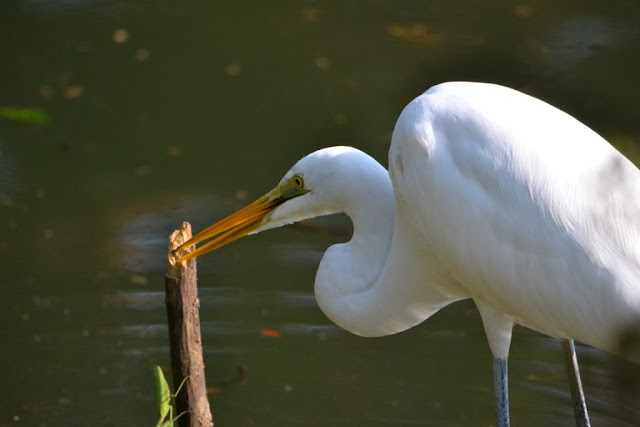 A Great Egret (Daisagiダイサギ) was hunting right on the edge of the lake on the path-side, where lots of people were walking past. He was used to people or was too hungry? 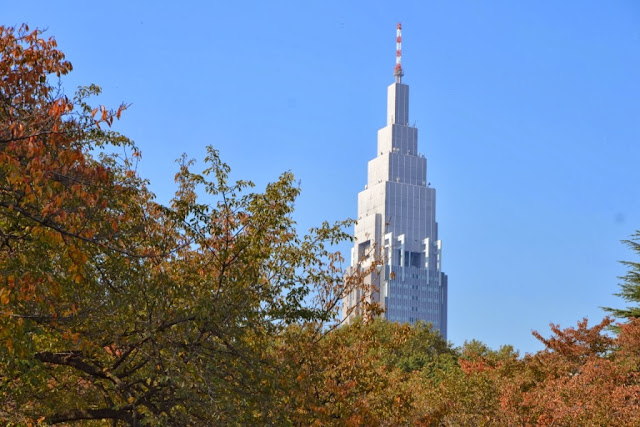 It was just a walk-through in the park on that day but it's worth coming back to spend a day birding.

More information about the park (in English)
https://www.env.go.jp/garden/shinjukugyoen/english/index.html
at 22:21