Our first visit to the Sagami River was on a beautiful autumnal day. 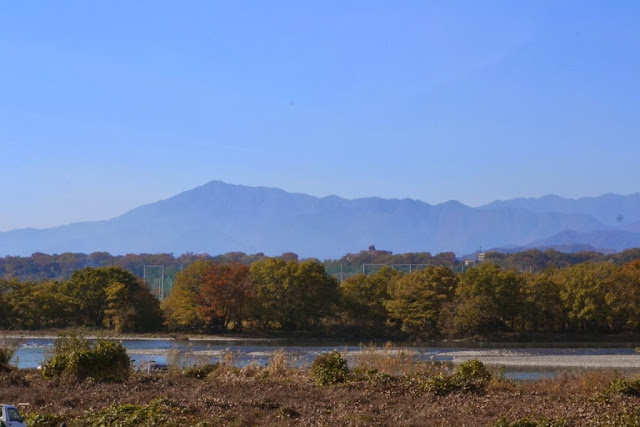 The river and the Tanzawa mountains in the background. 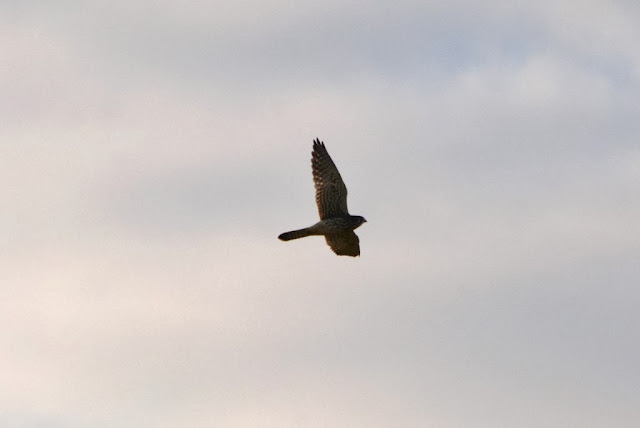 A Kestrel (Chougenbouチョウゲンボウ) was being mobbed by crows near the station. 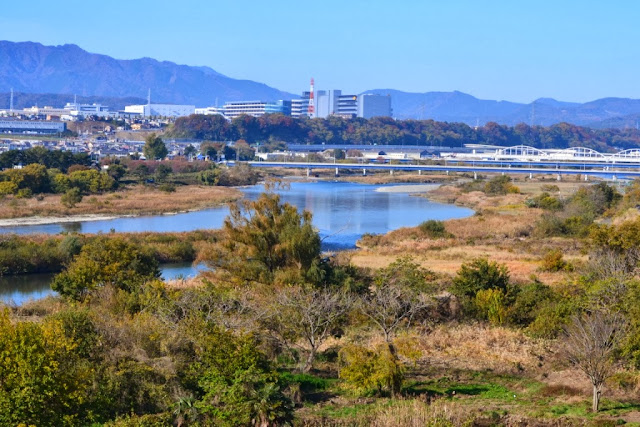 The first photo would make you think this place is in the middle of nowhere but actually it's only 20 minutes by train from the big city, Yokohama.

Still, it was quite a wild place and a very good ground for bird-watching. 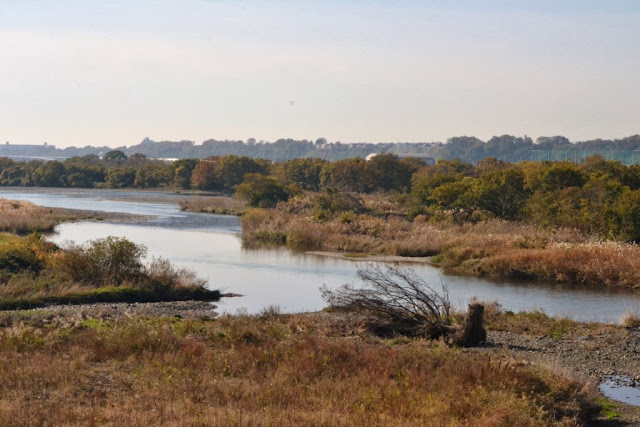 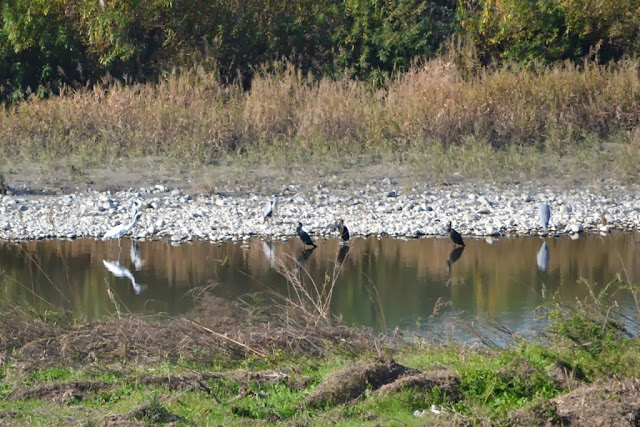 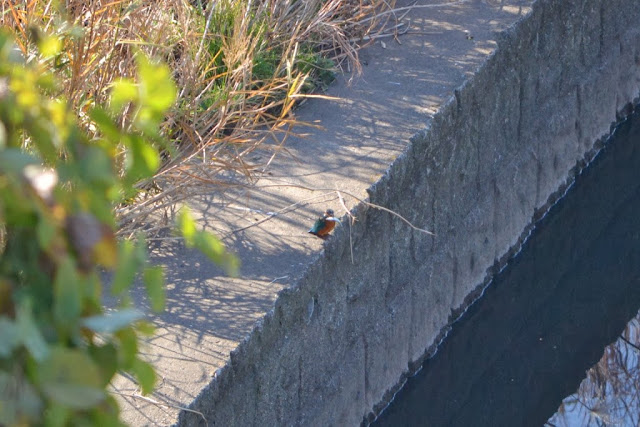 Well done, you! A male Kingfisher (Kawasemiカワセミ) just caught a snack and started bashing the poor fish against the concrete embankment. 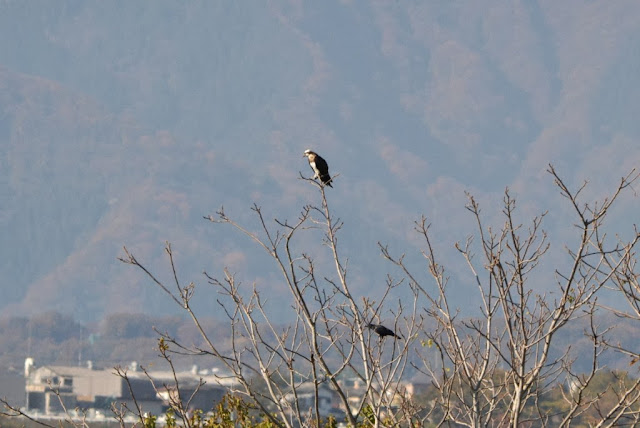 A mighty Osprey (Misagoミサゴ) was perching quietly until a couple of crows went close to him and began to tease him. 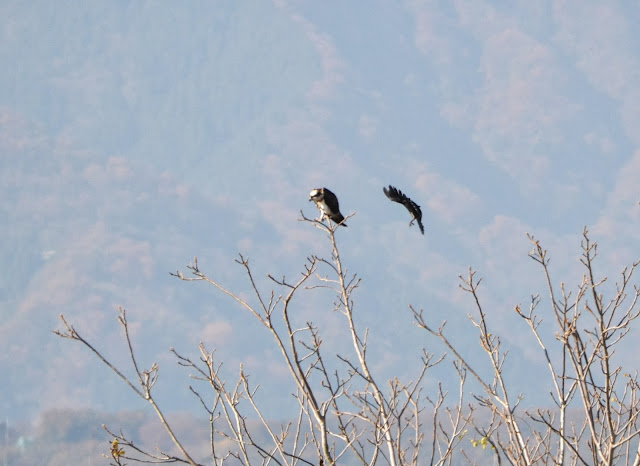 He didn't seem to be bothered much but a crow flew towards him and... 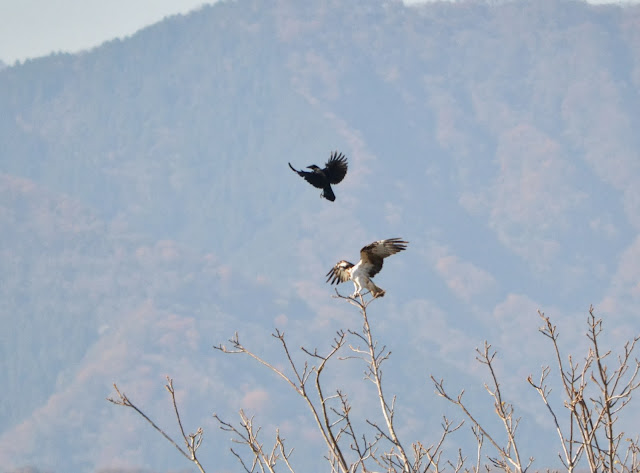 He was doing really well ignoring the naughty crows but flew off when two Black-eared Kites (Tobiトビ) were flying towards the tree. 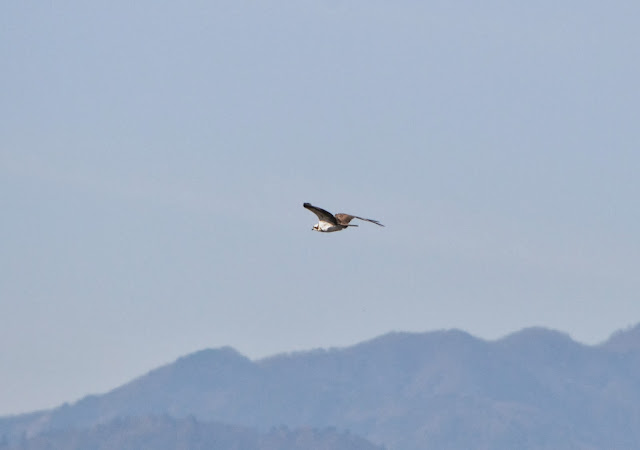 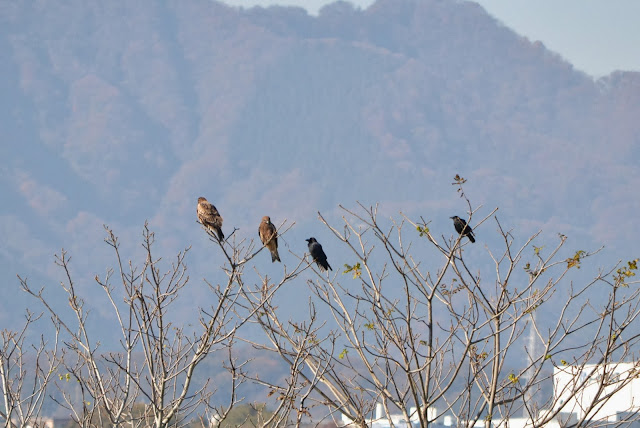 Of course, crows started bothering the kites instead now... It was funny to watch them though. 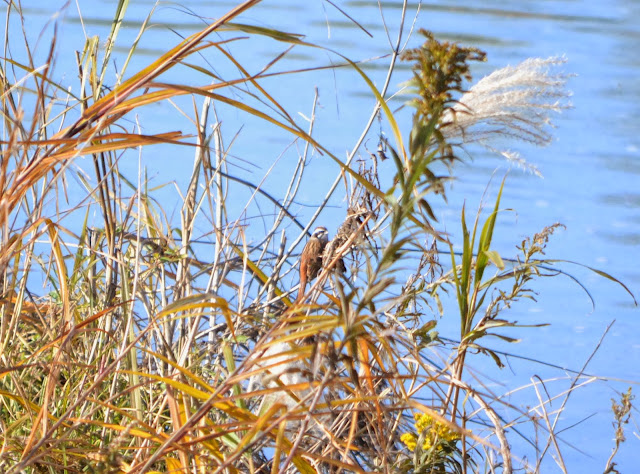 Plenty of Meadow Buntings (Hoojiroホオジロ) must have been in the reeds but it was rather difficult to spot one. 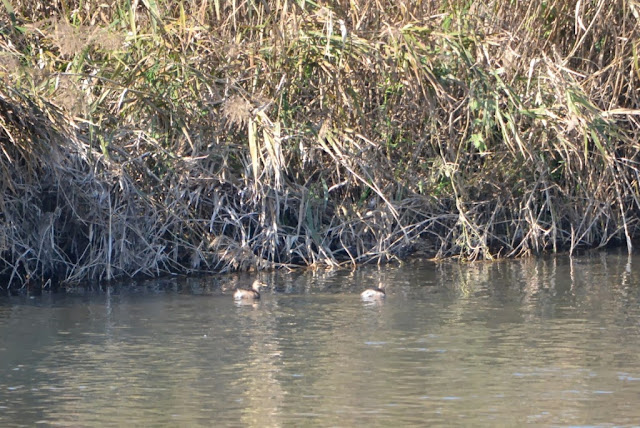 A couple of Little Grebes (Kaitsuburiカイツブリ) 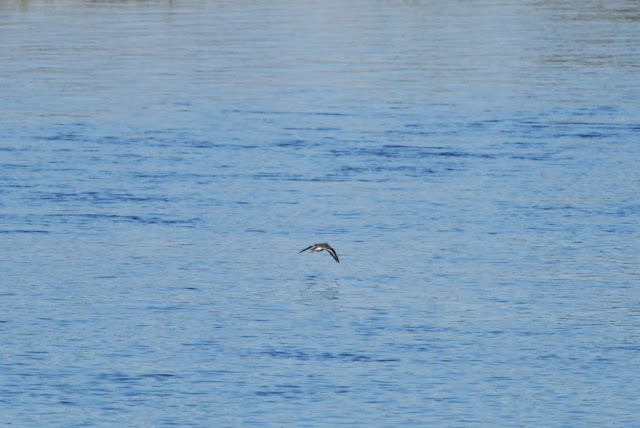 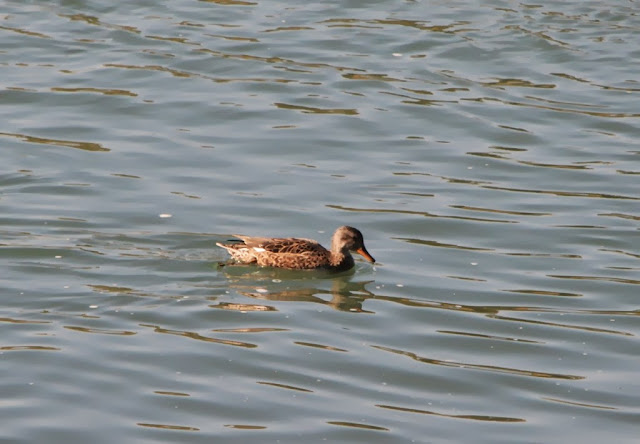 1 male and 4 or 5 female Gadwalls (Okayoshigamoオカヨシガモ) were foraging by a weir. 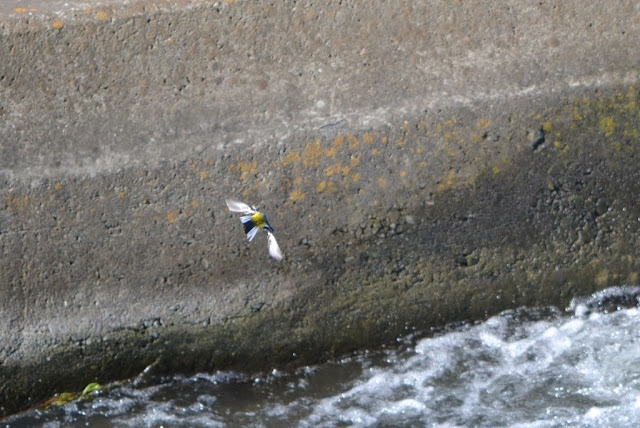 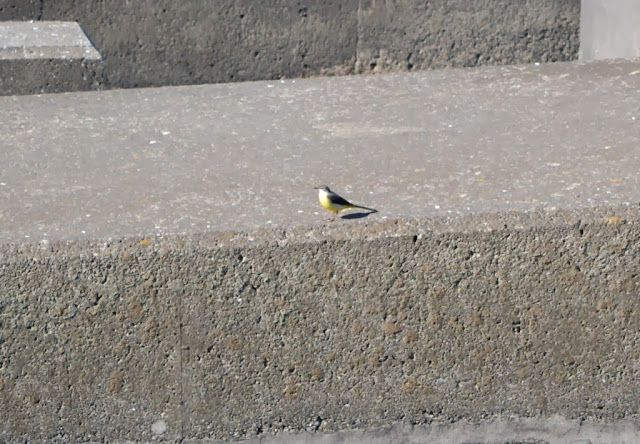 A Grey Wagtail (Kisekireiキセキレイ) and... 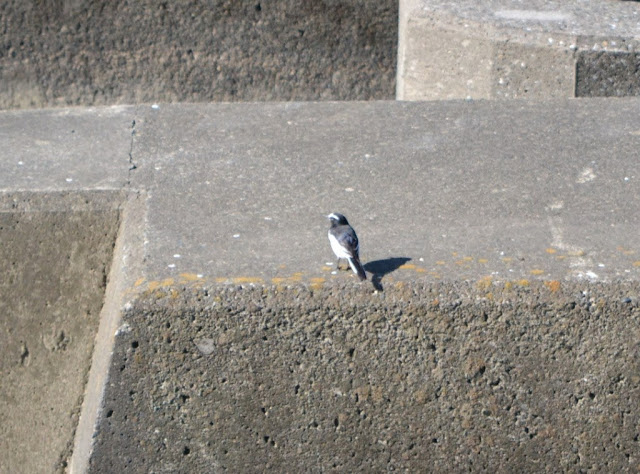 a Japanese Wagtail (Segurosekireiセグロセキレイ) were jumping and catching flying insects on the weir. 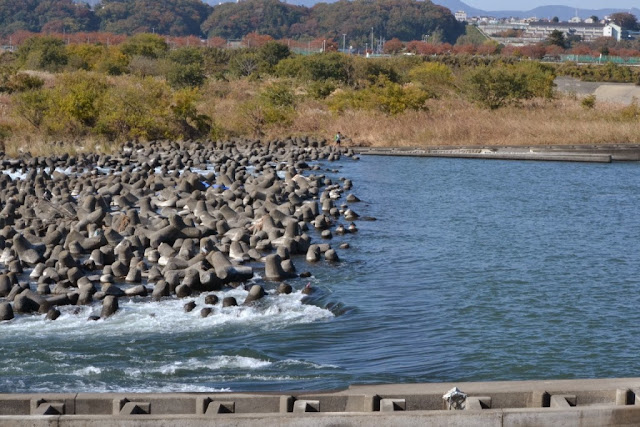 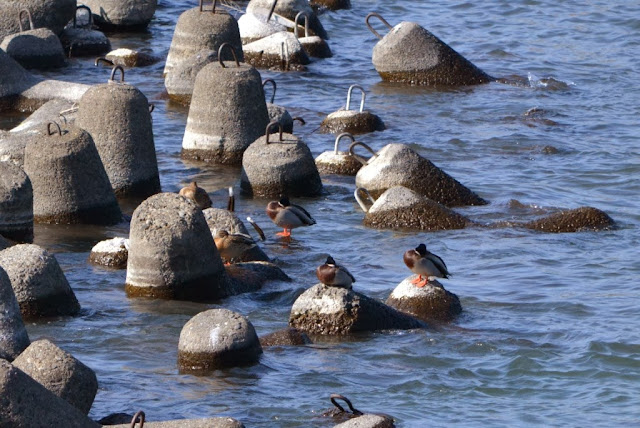 Mallards (Magamoマガモ) were resting on the concrete. 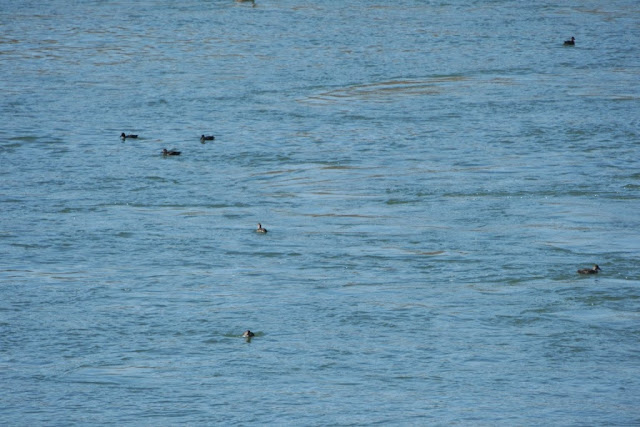 Quite a few Coots (Oobanオオバン) and ducks (we managed to identify some pintails, wigeons and teals but it's impossible in the photos) were downstream of the wier. 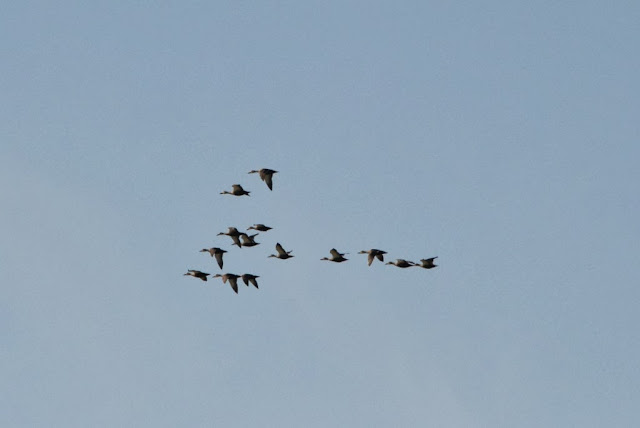 A flock of Spotbilled Ducks (Karugamoカルガモ) were flying downstream and we saw where they landed:) 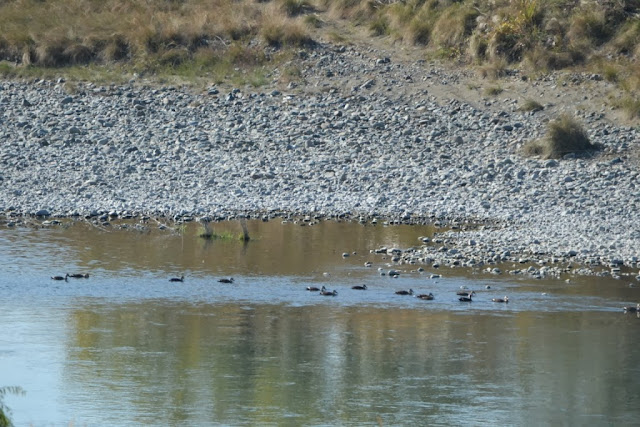 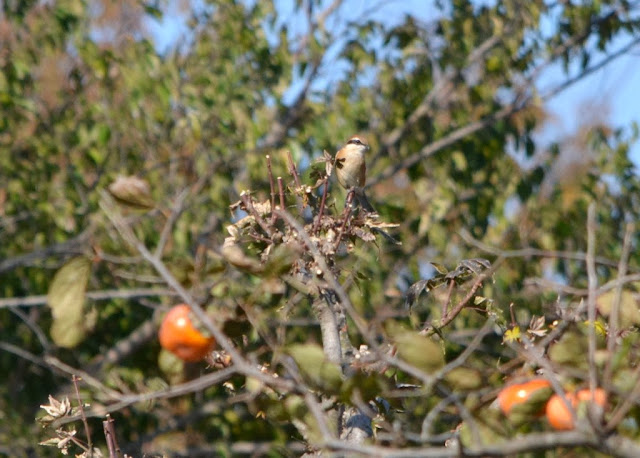 On our way back to the station through harvested rice fields, a couple Bull-headed Shrikes (Mozuモズ) were making shrill calls here and there. 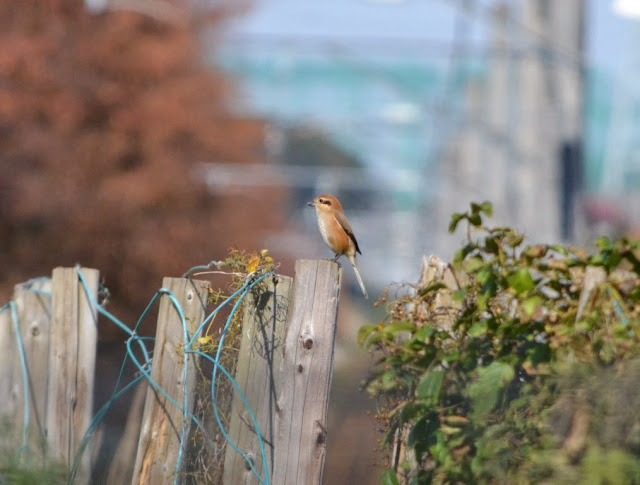 It is hard to imagine those little birds actually hunt small birds isn't it! 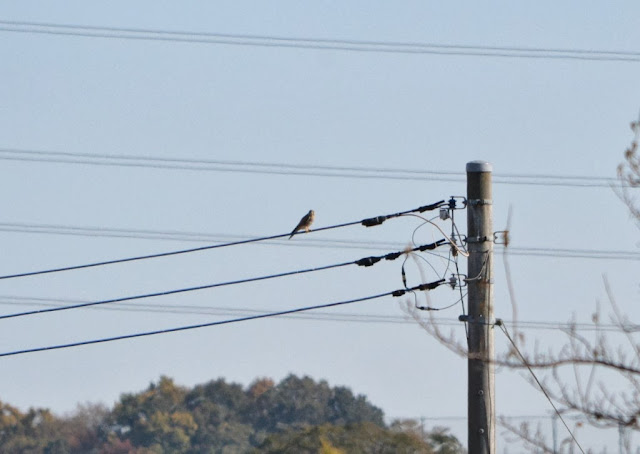 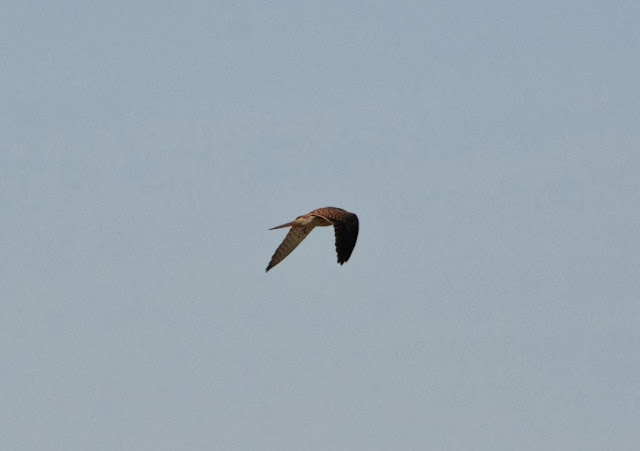 Some more Kestrels were on the electric wires over the rice fields to finish our trip. It was a great morning walk and was worth a long journey from the other side of Tokyo Bay!
at 20:27