We were hoping to see Chestnut-cheeked Starlings in Kasai Rinkai Koen but apart from the waders (on the previous page), no birds in the woods or on the open grass were visible, presumably they were hiding from the scorching sun. 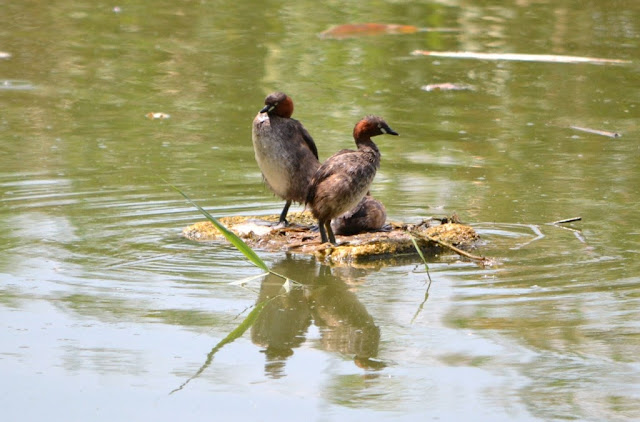 A Little Grebe family (Kaitsuburiカイツブリ) were preening, standing on a raft. 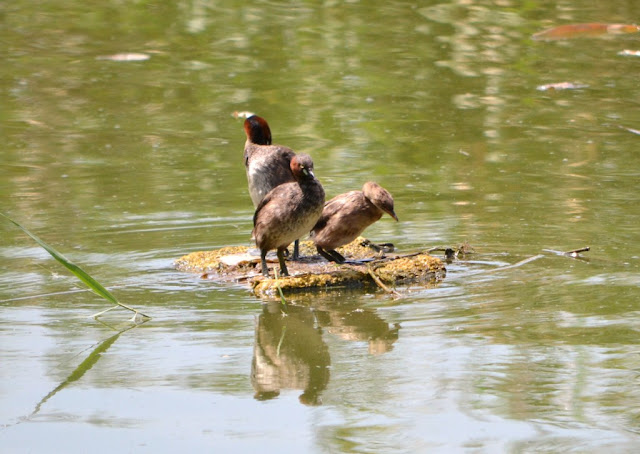 The young one stood up slowly as if he was saying I can stand up too! but not for long:)
He has lost the stripey patterns on his head and looked like an adult in winter plumage.

It was kind of a surprise that the Little Grebes stayed standing for so long. 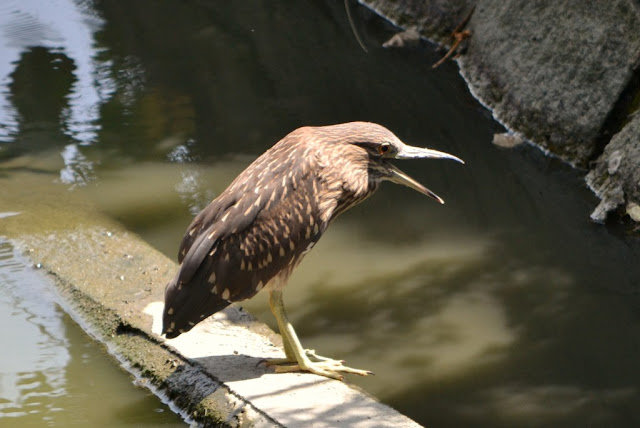 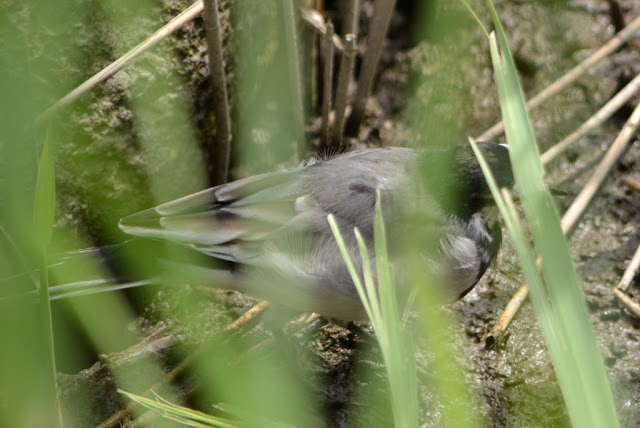 Let's play Hide and Seek with... 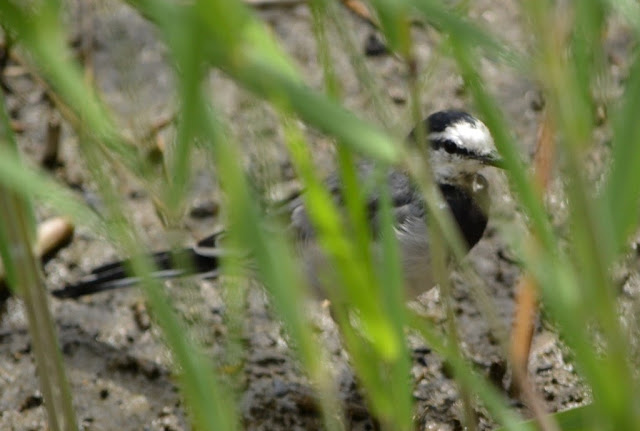 Ooooops! I can see you! 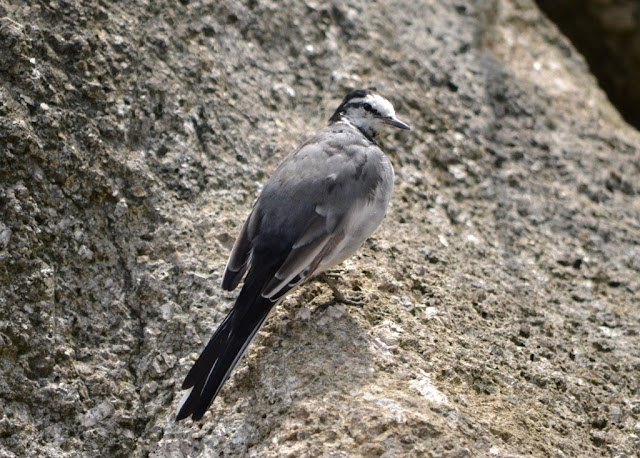 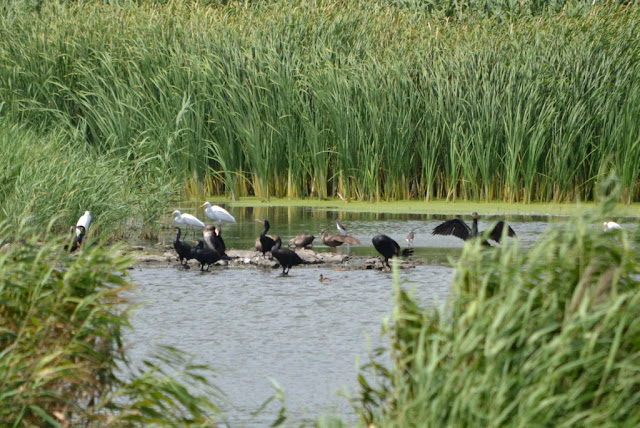 Great Egrets (Daisagiダイサギ), Cormorants (Kawauカワウ), Spot-billed Ducks (Karugamoカルガモ), Black-winged Stilts (Seitakashigiセイタカシギ) and a Little Grebe were all at the other side of the freshwater lake. 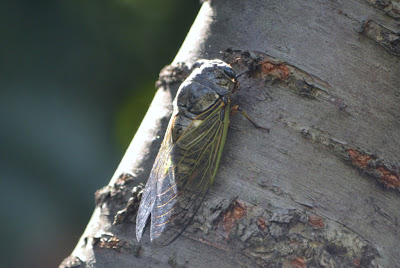 The chorus of cicadas was overwhelming.  This species (Kumazemiクマゼミ), once found only in the western part of Japan, has been spreading eastwards and northwards and is now quite common here around the Tokyo Bay area. It won't be long before it will be spotted in Hokkaido as the global temperature keeps going up.