Most of Ishigaki island is covered in thick greenery, and the edge of the island is used for agriculture, mainly rice, sugar and cattle. 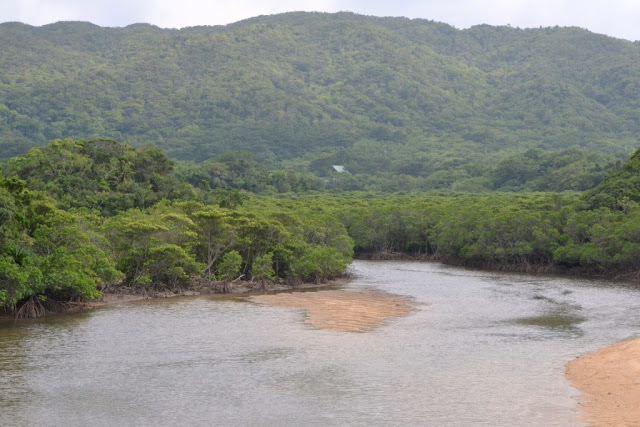 From a bridge over the estuary, you can see magnificent mangrove, which covers the area along the river to about 1km upstream where saltwater cannot go further.

We enjoyed kayaking on the Miyara but unfortunately we didn't have a water-proof camera so there are no photos. During the tour, a Kingfisher (Kawasemiカワセミ), a Ruddy Kingfisher (Ryukyu Akashobinリュウキュウアカショウビン), quite a few Whimbrels (Chushakushigiチュウシャクシギ), Greenshank (Aoashishigiアオアシシギ), some Japanese White -eyes (Ryukyu Mejiroリュウキュウメジロ) and Swallows (we weren't sure if they were Barn Swallows or Pacific Swallows from our kayaks) flew over us. 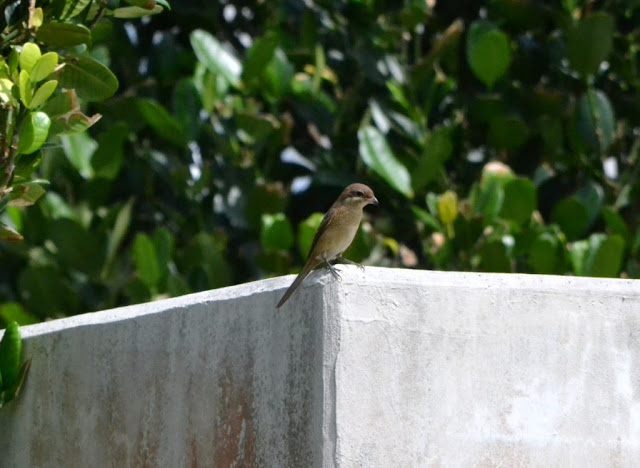 From the back door of our hotel, a couple of Brown Shrikes (Ryukyu Akamozuリュウキュウアカモズ) were hunting in a small field behind the hotel. According to Mr Kobayashi, the shrikes had arrived just before we reached the island. They made shrill calls, competing against each other for their wintering territories? 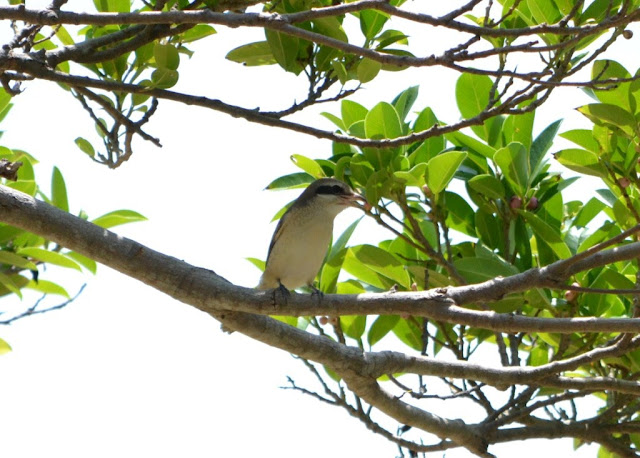 We spotted them everywhere even in town and it was easy to pinpoint them because of their fighting screams! 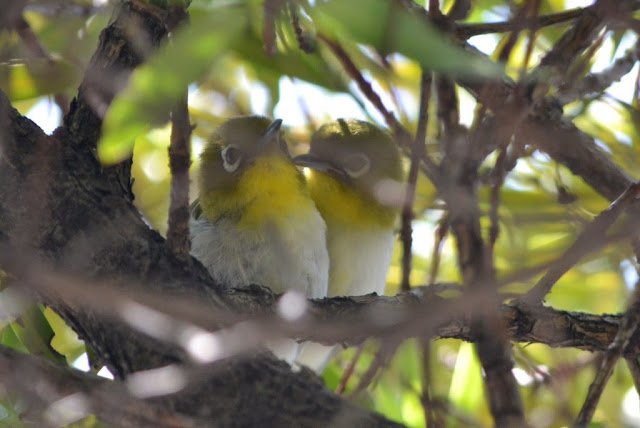 A family of Japanese White-eyes (Ryukyu Mejiroリュウキュウメジロ) were foraging and the young ones were still begging for food. 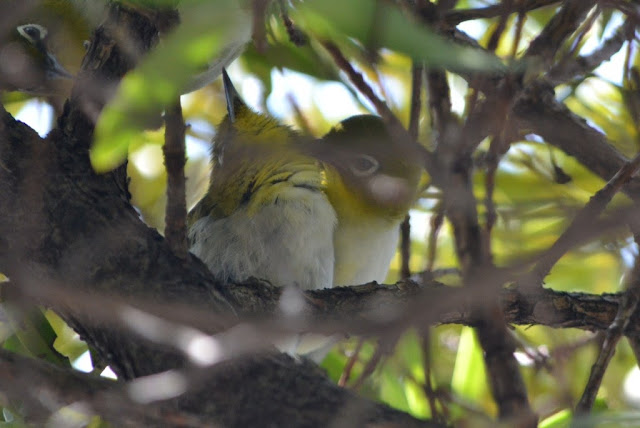 Preening his partner or young one? So cute! 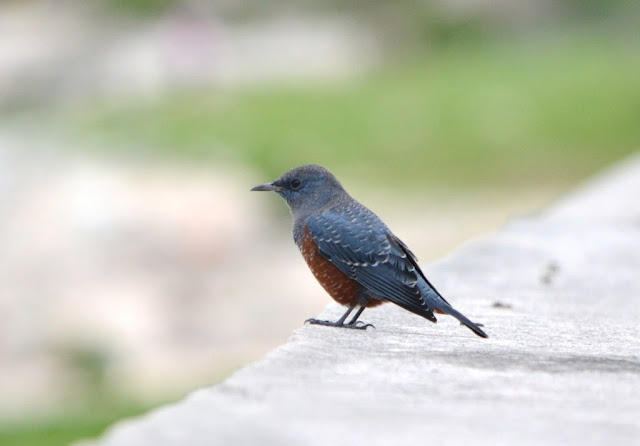 A colourful male Red-bellied Rock Thrush (Isohiyodoriイソヒヨドリ) was singing beautifully on a roof of a house and landed near us to show off?! 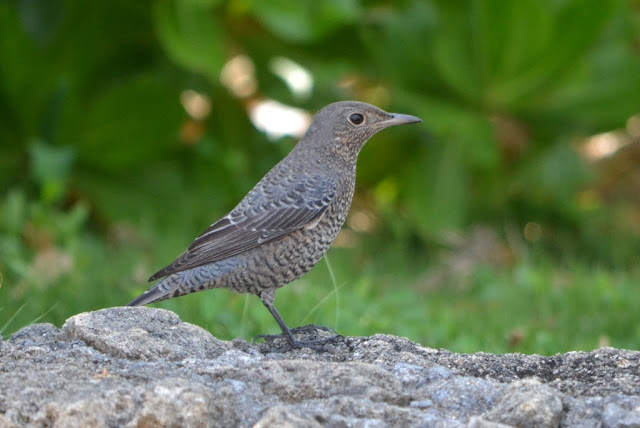 The scaly one is a female Blue Rock Thrush in a park. They are very common all over the island. 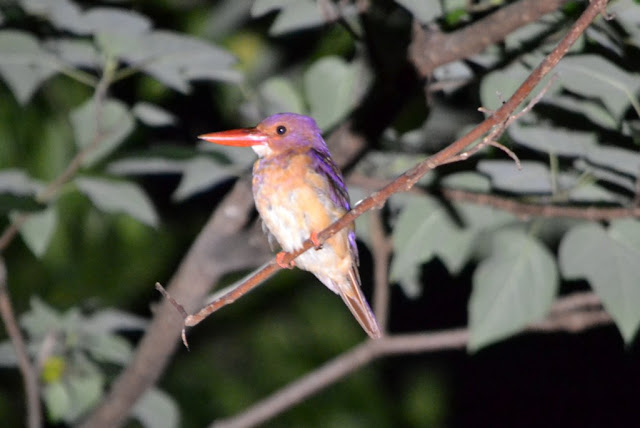 A juvenile Ruddy Kingfisher (Ryukyu Akashobinリュウキュウアカショウビン) was roosting in a forest. Sorry to frighten you... 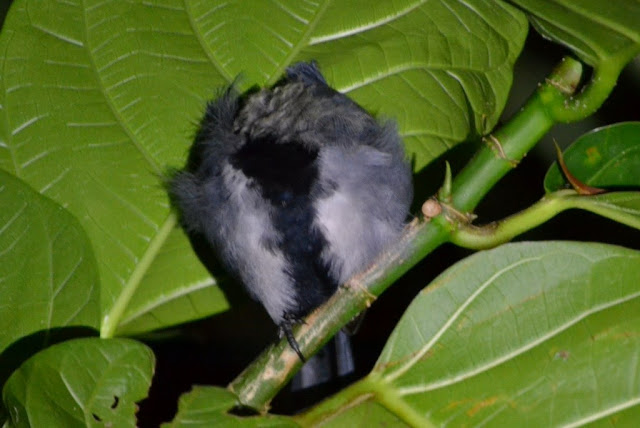 The Southern Great Tits were formerly within Great Tits but now are separated and found in the Nansei Shoto in Japan and Southeastern part of China. They have a very dark plumage compared with their cousins, Northern and Eastern Great Tits.