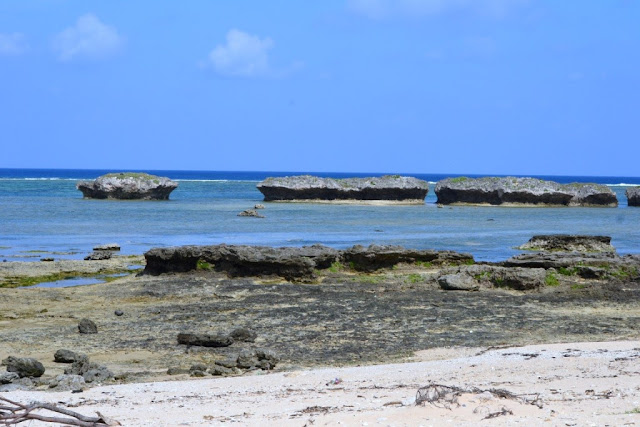 On the day we were flying to Ishigaki, a typhoon was generated off the coast of the main island of Okinawa and basically we flew past on the way. So luckily for us, while we were staying on the island for 5 nights, we had lovely blue skies every day just like in this photo. Yaye! 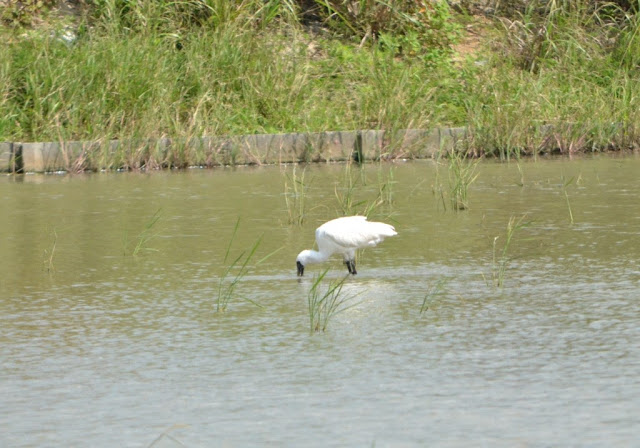 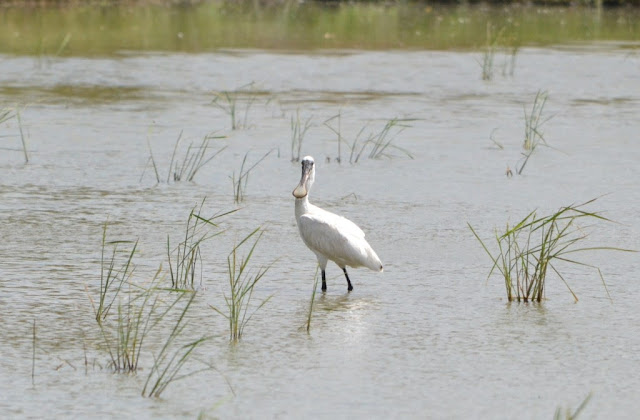 He was foraging in the rice field with his huge spatula-like bill moving swiftly sideways. Funny looking thing! 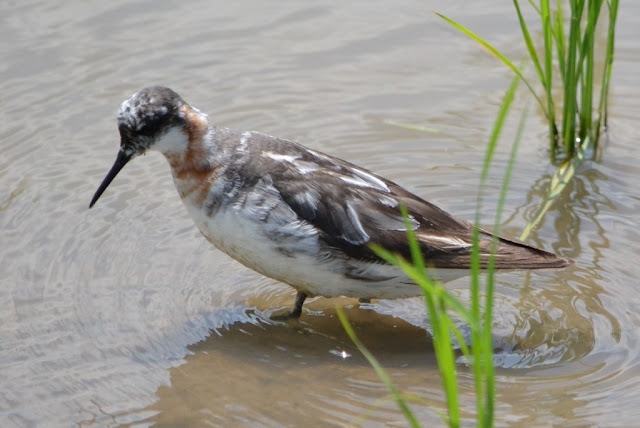 A flock of waders flew away from us but this little fella flew towards us and kept foraging, ignoring our car just a few yards away. 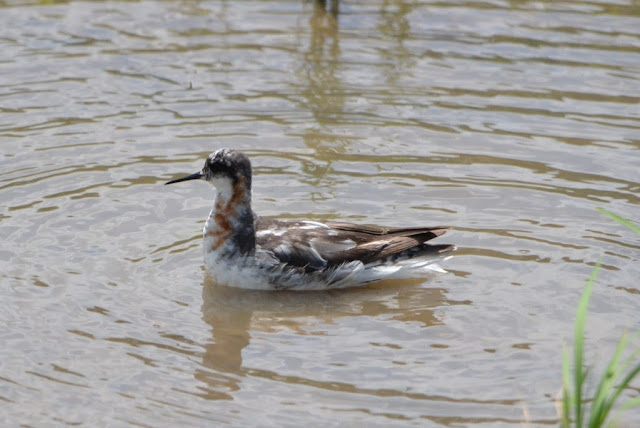 He was a Red-necked Phalarope (Akaerihireashishigiアカエリヒレアシシギ) and he was so tiny that he was able to float even in the shallow rice field! 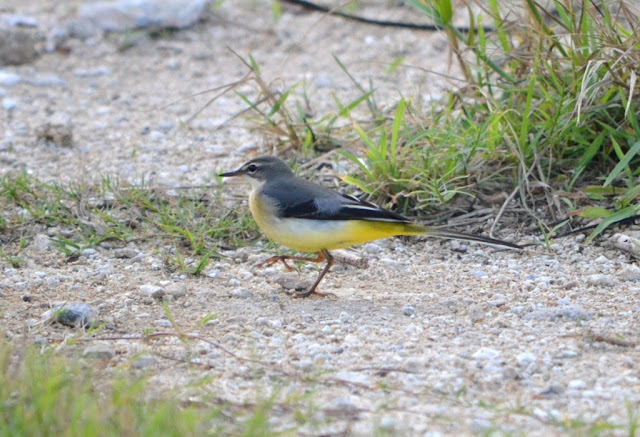 A beautiful Eastern Yellow Wagtail (Tsumenagasekireiツメナガセキレイ) came up very close to me. From the end of August to early September was just right time for thousands of them arriving in Ishigaki. 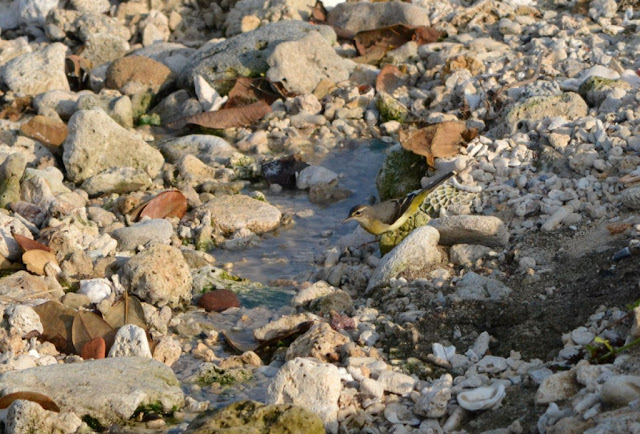 They were everywhere, on beaches, in fields, on roads and on school grounds! 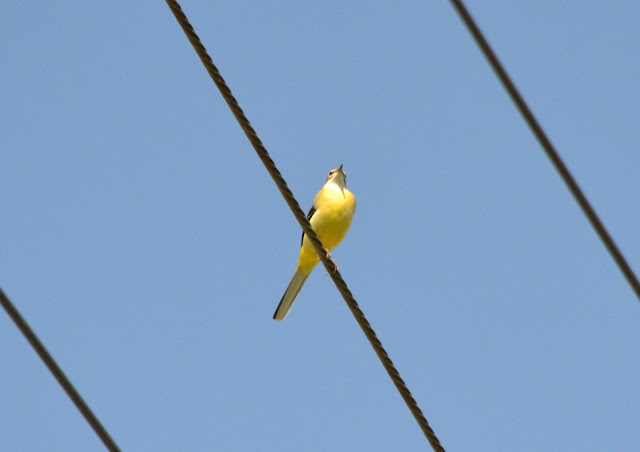 Their bright yellow belly is a real gem. 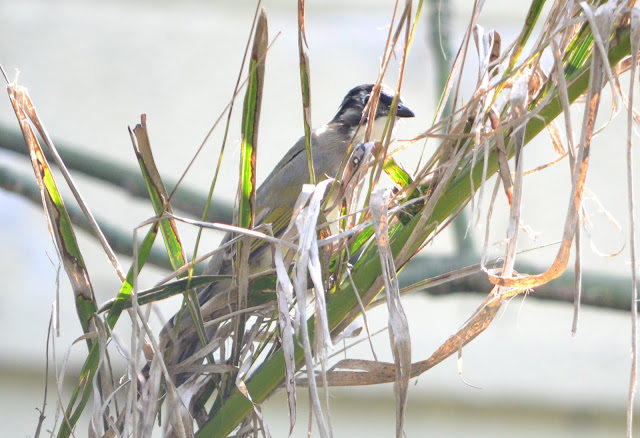 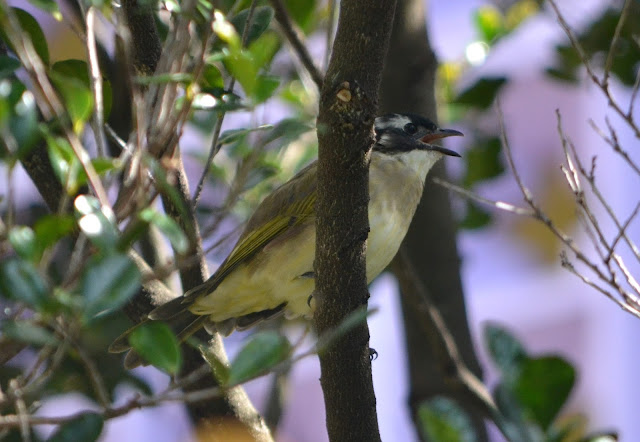 A Light-vented Bulbul (Yaeyamashirogashiraヤエヤマシロガシラ)!
They are smaller than commonly seen Brown-eared Bulbul (Hiyodoriヒヨドリ) and have a lovely greenish mantle. We found some foraging with Brown-eared ones and Japanese White-eyes (Mejiroメジロ). 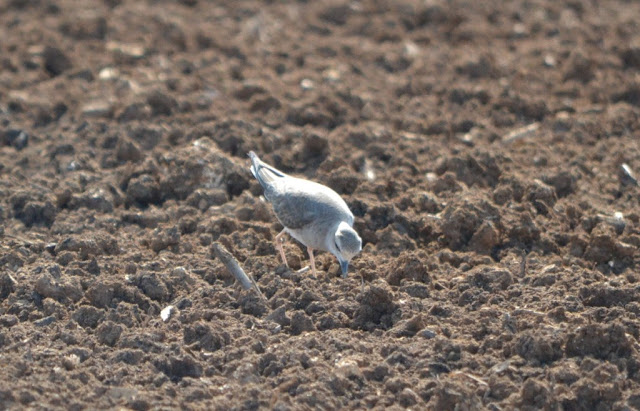 An Oriental Plover (Oochidoriオオチドリ) was amongst other plovers. If it hadn't been for Mr Kobayashi, we wouldn't have identified him at all! Thank you Kobayashi-san! 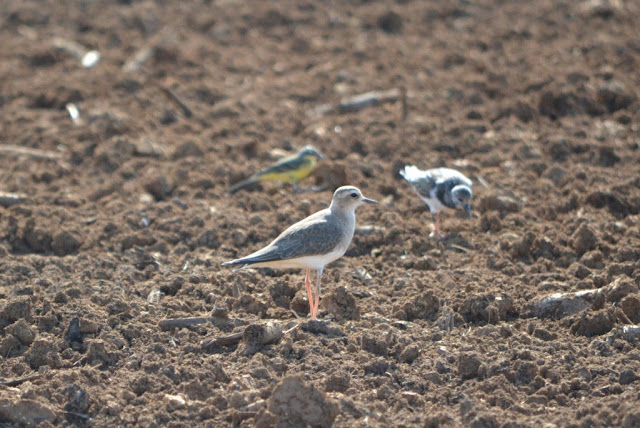 Oochidori in Japanese means a large plover, which made sense when we saw him next to a Turnstone (Kyoujoshigiキョウジョシギ). 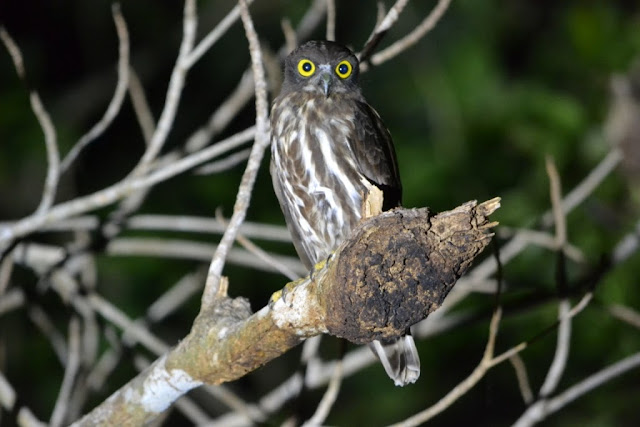 We were lucky to see a Brown Hawk Owl (Ryukyu Aobazukuリュウキュウアオバズク) at night. (This is also thanks to Kobayashi-san.)