The Miyako is the only river running through Chiba-city but sadly the riverbank in the city centre is all concrete and the water looks absolutely revolting! So I didn't think there'd be any life in and around the Miyako but I found this park a bit upstream from the city centre on the web, then, I thought it might be worth a try and I'm glad I did! 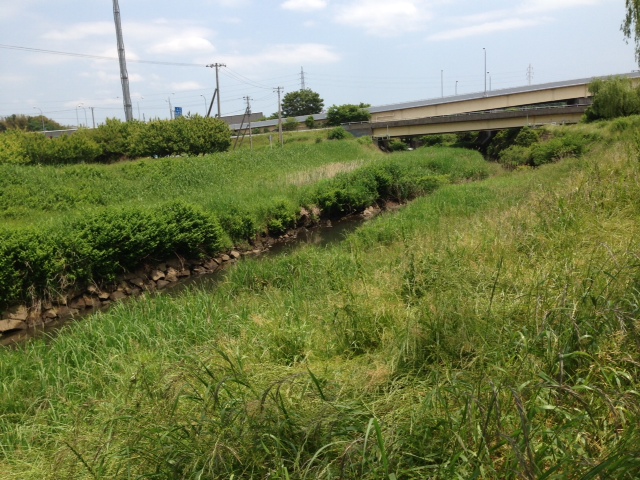 No concrete embankment, which is rare in Japan! 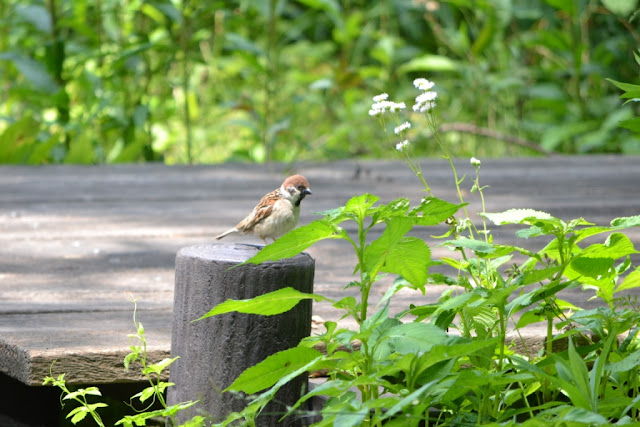 A Tree Sparrow (Suzumeスズメ) on the board walk. 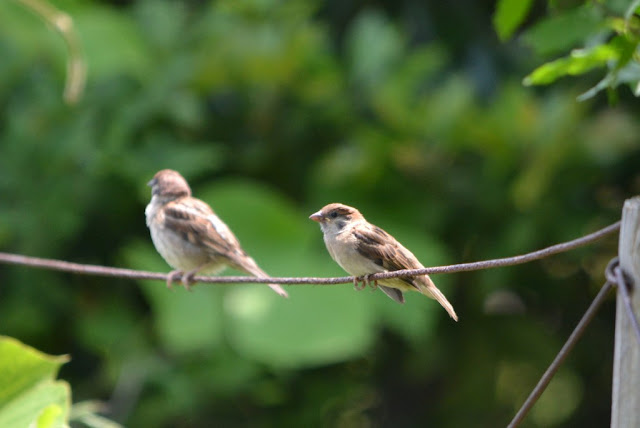 An adult and a young Tree Sparrow on a wire:)
The young one still has a yellow bit on his beak. 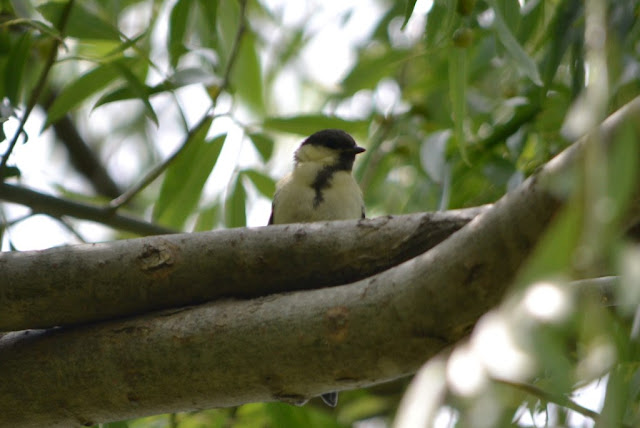 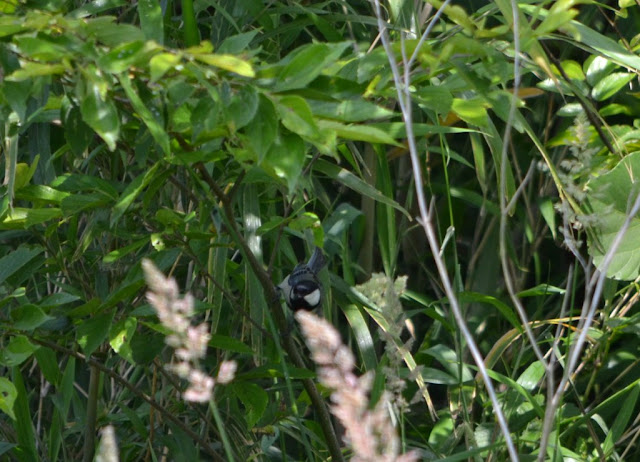 A parent was even busier looking for food for the young. 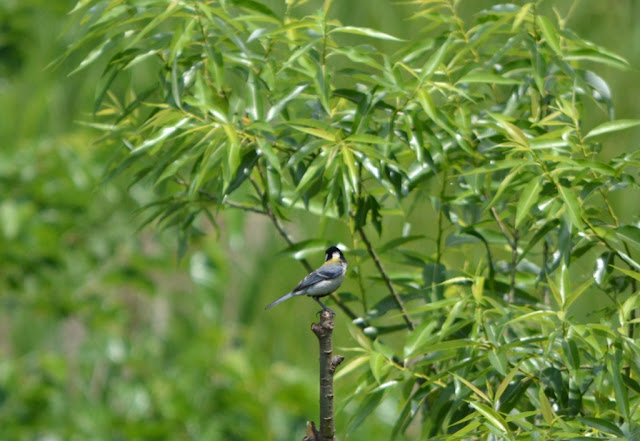 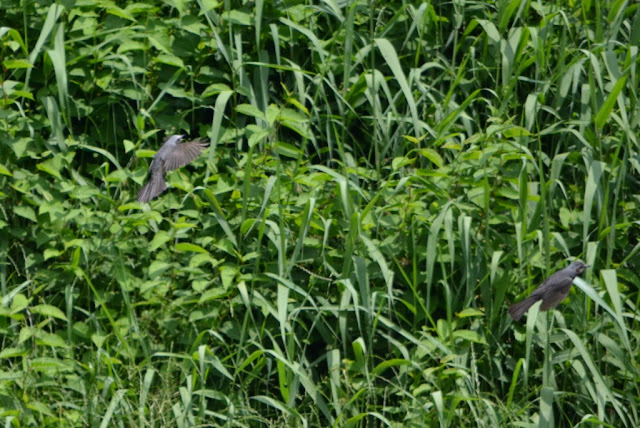 Brown-eared Bulbuls (Hiyodoriヒヨドリ) are everywhere and they are so vocal that you won't miss them... 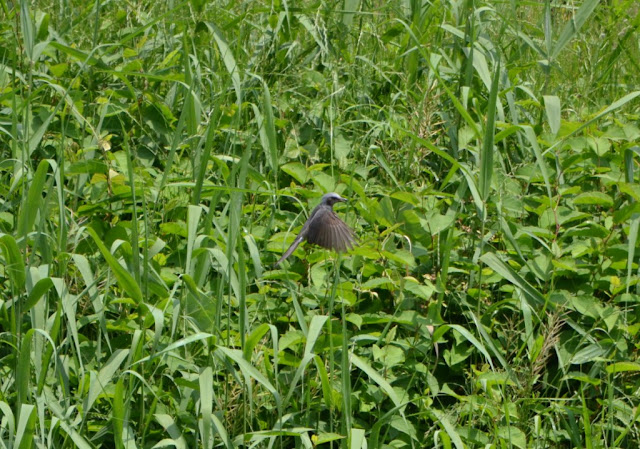 They are about a blackbird size and have surprisingly good balance:) 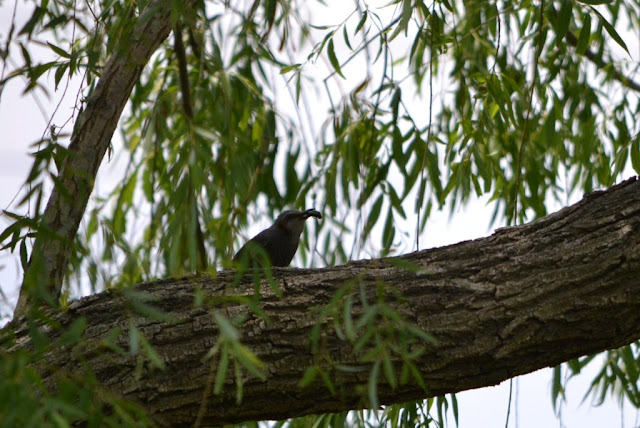 A little snack. Tough time for a beetle...

A Japanese Bush Warbler (Uguisuウグイス) was singing away in the bush but didn't show himself as usual... little bugger! Lots of Swallows (Tsubameツバメ), Grey Starlings (Mukudoriムクドリ) and Tree Sparrows were around, 3 or 4 singing Oriental Greenfinches (Kawarahiwaカワラヒワ） were heard high up in the trees.


About 400 years ago, at the very beginning of the Edo period, a rich, local farmer decided to build a small reservoir for the local rice fields, which always suffered from drought at that time, and it was completed in 1613. There's no trace of the reservoir now but the park was built long after all the rice fields had gone and named Tangozeki Koen after the rich farmer, Fuse Tangonokami. There is a short circular board walk in the boggy area where you can find rare marsh plants and flowers.
http://locoplace.jp/t000166982/