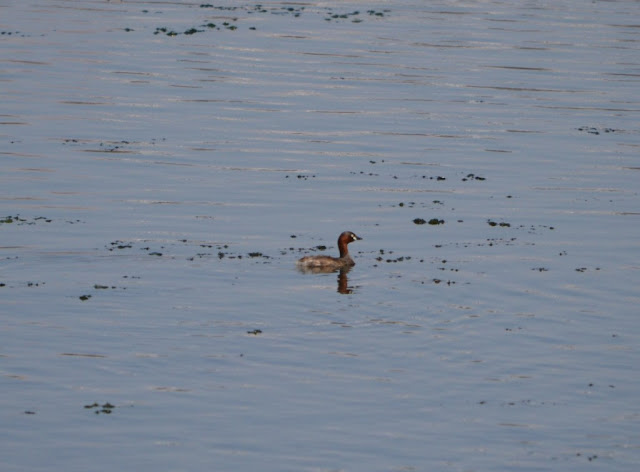 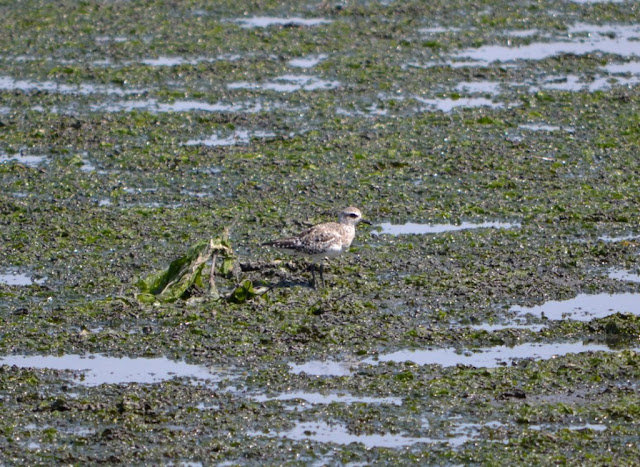 A Grey Plover (Daizenダイゼン) was foraging on his own near the path.

When we were having lunch at the cafe in the Centre, from which we could see swallows swishing over a small pond, hundreds of waders filled the sky! 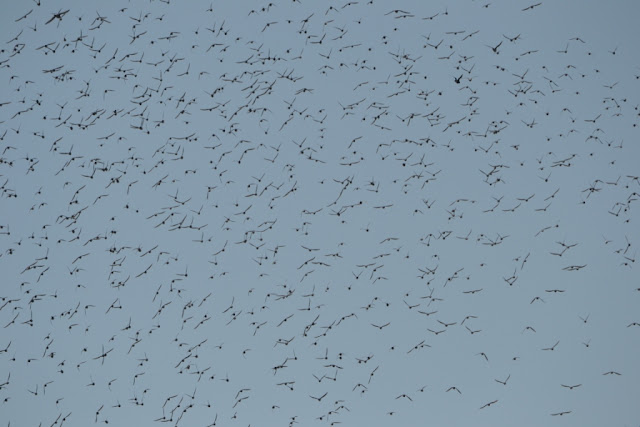 We were not sure what they were or where they came from but later on, a ranger in the Centre told us that most of them were Dunlins (Hamashigiハマシギ) and that there was a peregrine on the mudflat. 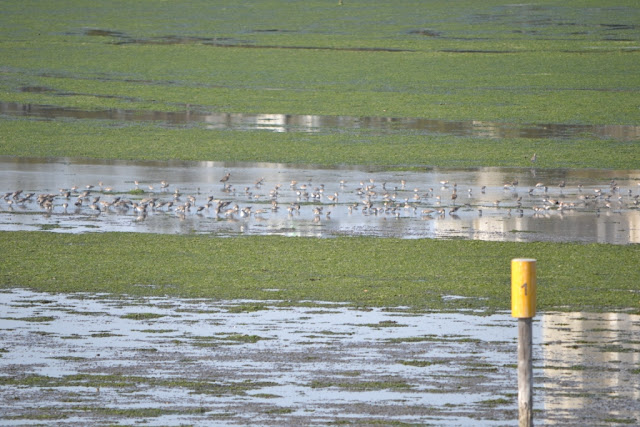 In the Observation Centre, scopes are set by the window and anybody can use them for free. There were two rangers in the Centre, who were very helpful with bird identification.  It is very hard to identify any particular bird from this pic but they were mainly Dunlins (Hamashigiハマシギ), Grey Plovers (Daizenダイゼン) and Bar-tailed Godwits (Oosorihashishigiオオソリハシシギ). 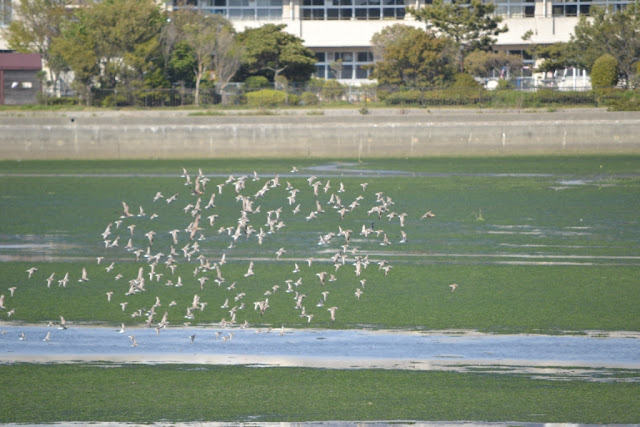 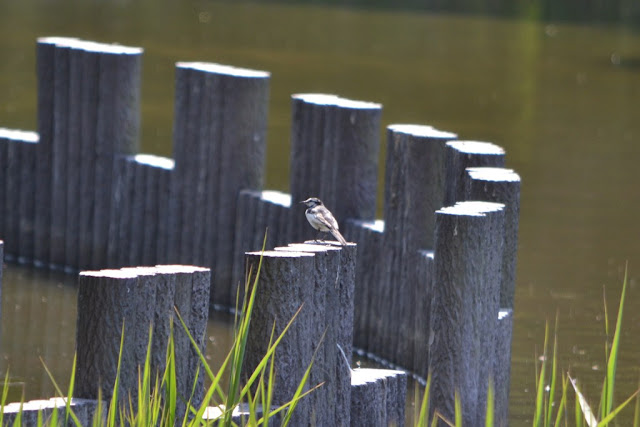 He didn't seem to care at all. Well, he was catching flying insects on the small pool by the cafe, a bit too far away from the chaos:) Lucky you!

We encountered a Sparrowhawk (Haitakaハイタカ) on our way back home, which was a great bonus:)