One of the main target birds was the Blakiston's fish owl (Shimafukuroシマフクロウ). This owl is the biggest owl species and endangered due to habitat loss, only found in the northeastern part of Asia - northeastern China, southeastern Siberia, Sakhalin and part of Hokkaido. In Hokkaido, the Wild Bird Society of Japan has been working hard to do conservation work and the number has been increasing, which is great news. It is controversial in a way because the information is not open to the public and there is no official place to visit and see them. If you want to see one, you would have to wander in the wild by yourself or visit one of the two non-official places - the one is a privately run Shiretoko observatory, the other an onsen ryokan (a traditional inn with a hot spring) in Yoroushi. We chose to stay in Yoroushi and had pleasure meeting one! 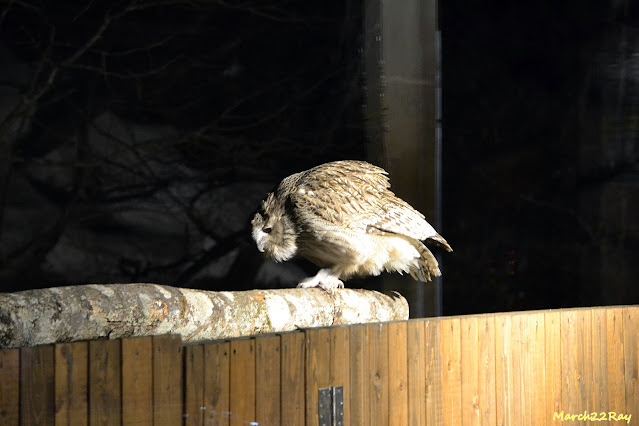 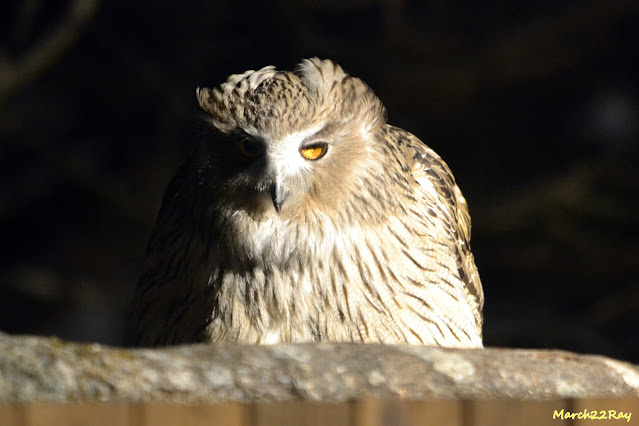 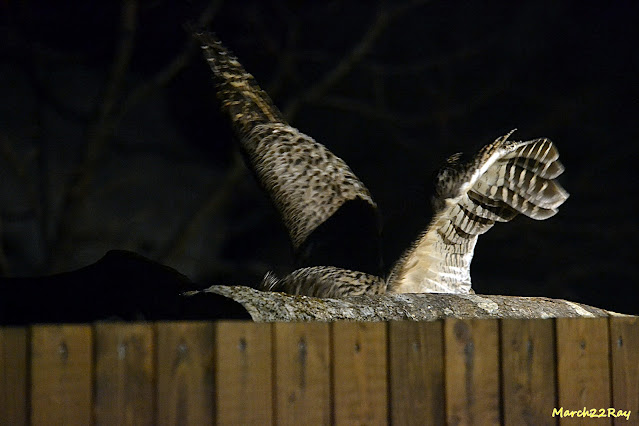 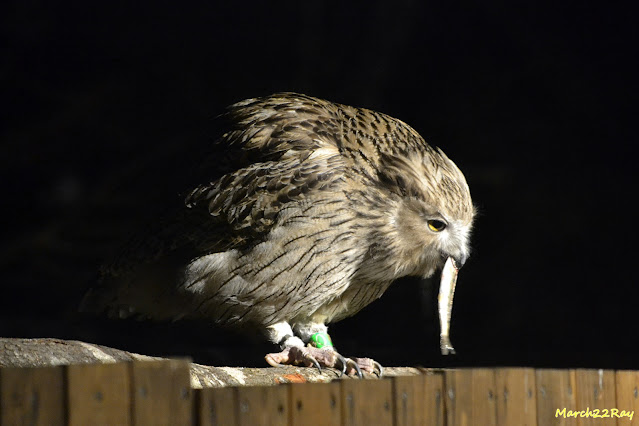 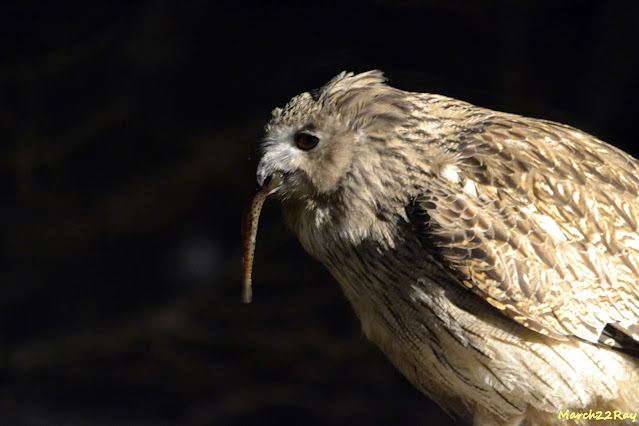 off he went with a fish in his beak, disappeared in the total darkness.

It was ENORMOUS! The feathers were so beautiful.

This inn and its hot spring complex is located alongside a river and has been feeding the owl pair for a long time. I couldn't find much information about the owls in the inn, which I thought was a shame. I know most of the guests were there to relax and enjoy their onsen experience, not knowing anything about the owl but if both the inn and the guests made a little bit of effort, there could be more chance for the owl to survive.