The unexpected heavy snowfall was a bit of blessing for me because if I put out little something for the birds in the garden, say, even an apple, it'd definitely attract common but lovely garden birds as feeding birds in gardens is not a popular practice in Japan. It is not just an apple from me though, of course! 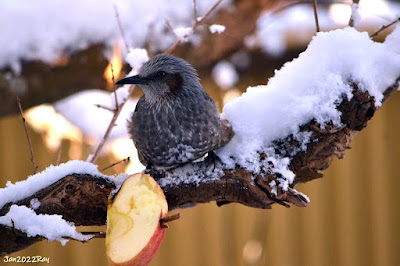 what a flexible neck! 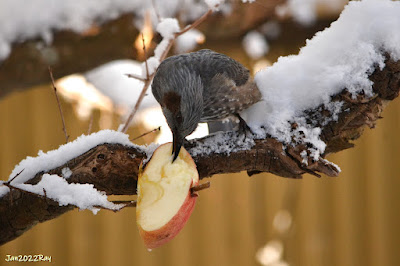 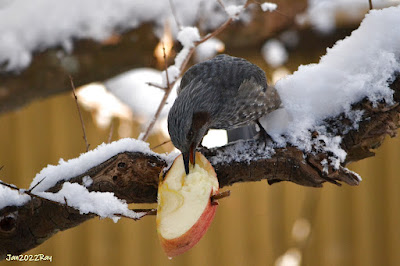 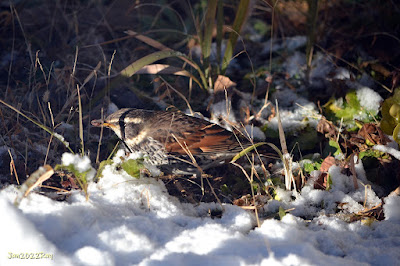 I had thought a Dusky thrush would choose an apple but found out they prefer raisins - this one ignored a piece of apple on the ground and went for the raisins. 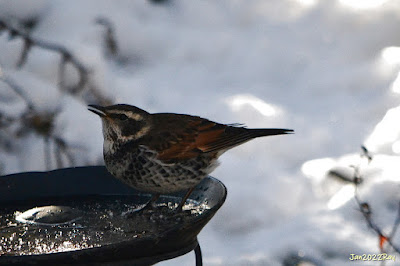 Don't worry, I cracked ice in the basin so that birds can have access to the water👍 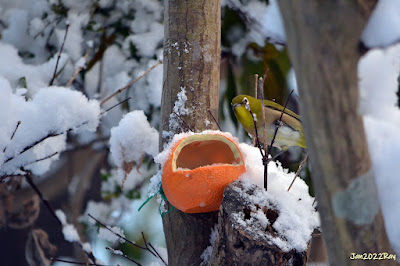 It has sometimes strawberry jam and at other times chopped-up apple cores in it. 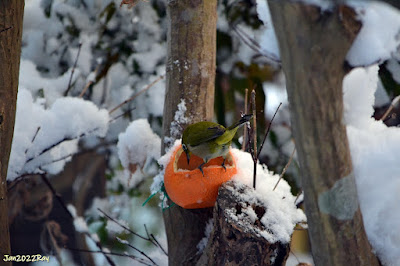 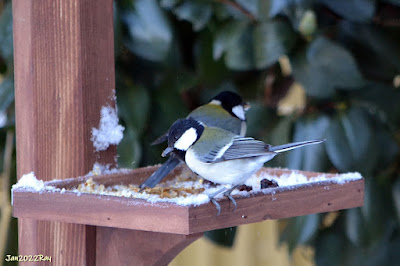 They are the same as the Great tit in Britain, who'd eat sunflower seeds, peanuts, dried mealworms and suet. Suet is almost impossible to get hold of in Japan, so, I make my own fat balls from beef fat, which is handed out free in supermarkets in Japan. 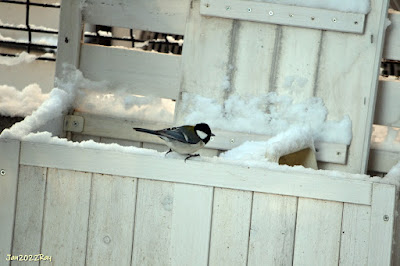 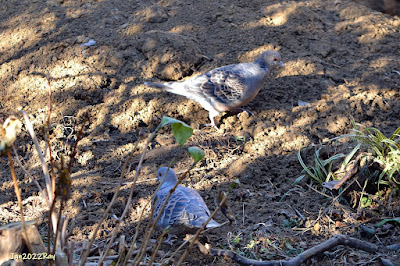 It was not the second day of Christmas🎄 but a pair often visit our garden for seeds.

A starling came to our apples for a couple of days in a row before Christmas but we haven't seen any since then.

I'm hoping the snow will melt quickly so that birds and other wildlife can have a better chance to survive the winter.