It could be a bit too late, we thought, but nevertheless, we headed for Imbanuma to see if Barn swallows (Tsubameツバメ) still use the reedbeds for their roost.

Before getting dark, we enjoyed the calm September afternoon. 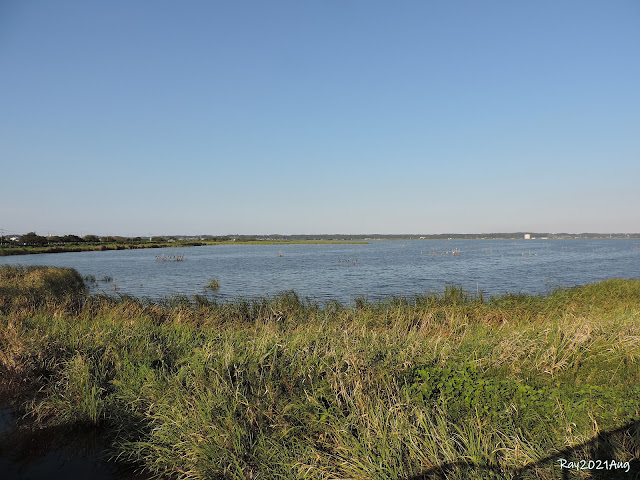 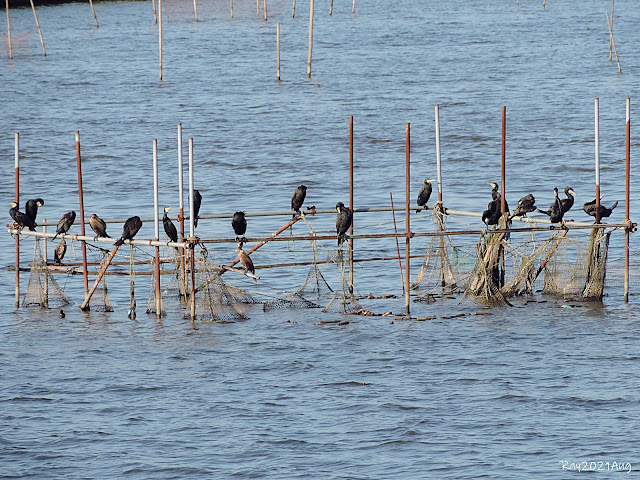 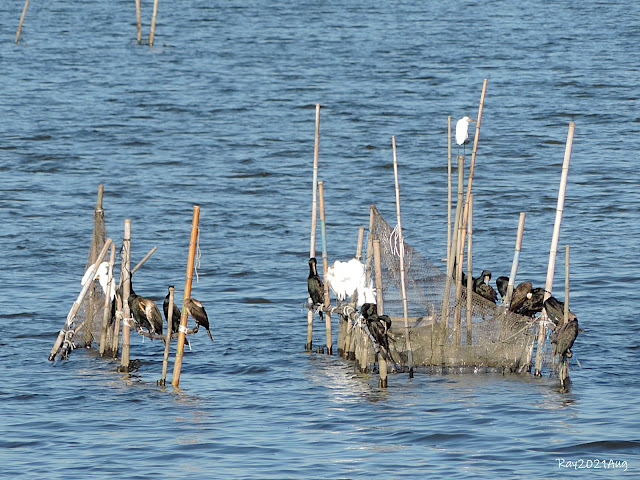 a lone Coot (Oobanオオバン) - Is it a very early one or has it stayed throughout the summer here? 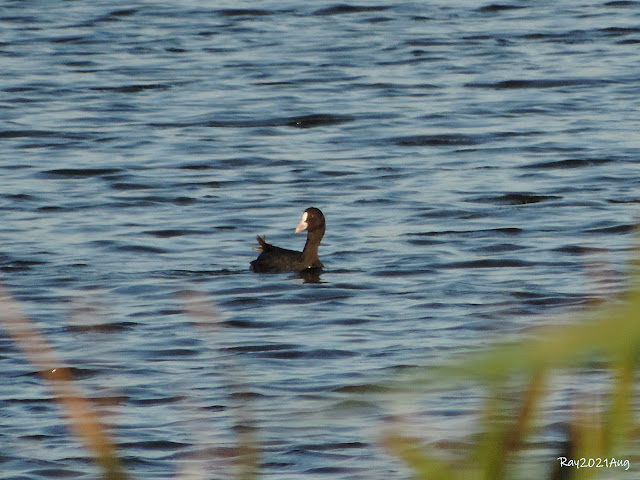 Three terns were flying over the edge of the other side of the lake and perched on the poles.

Were they Whiskered terns (Kuroharaajisashiクロハラアジサシ)? too far to see the details. 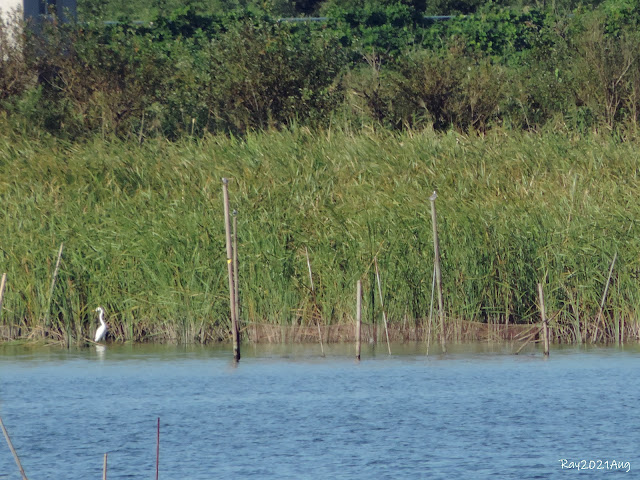 One Osprey (Misagoミサゴ) was perching on a pole when we got there and was still there when we left the place a few hours later. 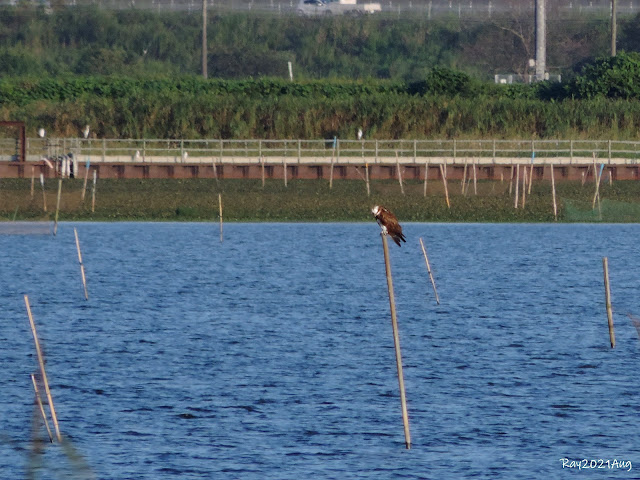 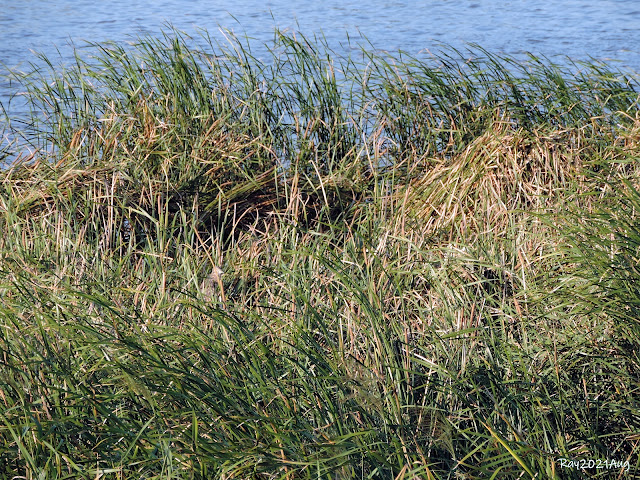 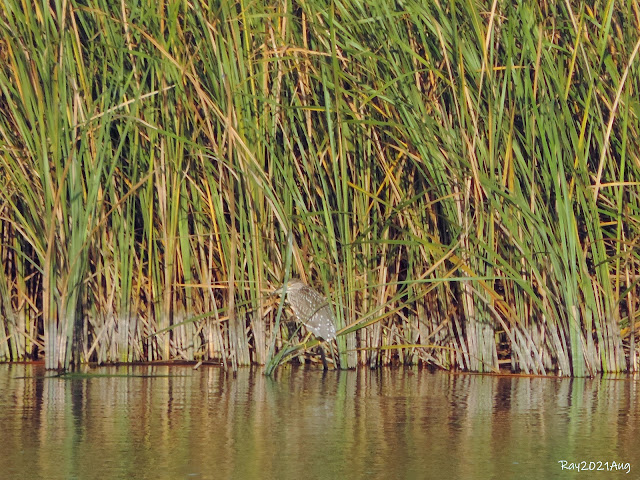 They really are hard to spot!

There weren't many ducks apart from resident Spot-billed ducks (Karugamoカルガモ).

A Pintail (Onagagamoオナガガモ) was foraging among them.

Is this individual in eclipse plumage? or a juvenile? or a female? 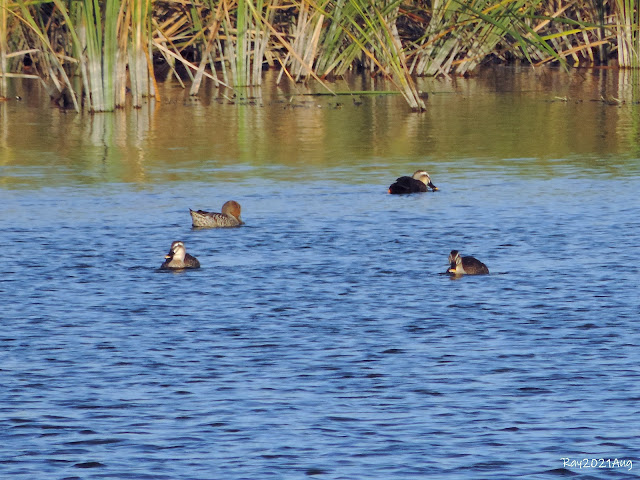 Now the sun was just over the horizon. Show time!