While we were watching waterfowl, a Water rail came out briefly through the reeds just under the bridge we were standing on. We waited for it to come back and it did! 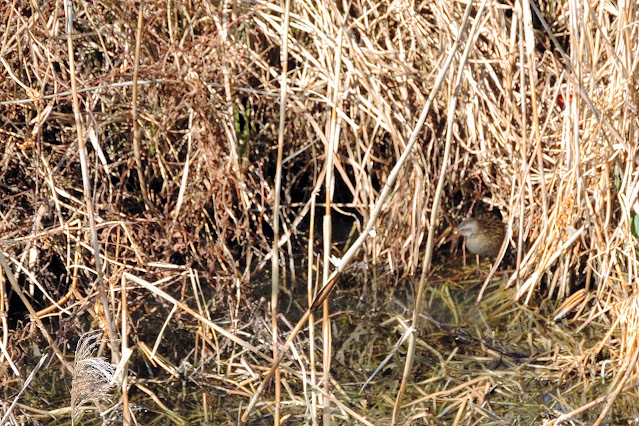 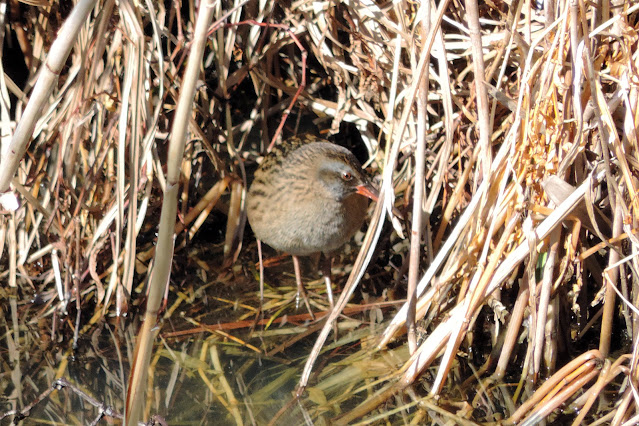 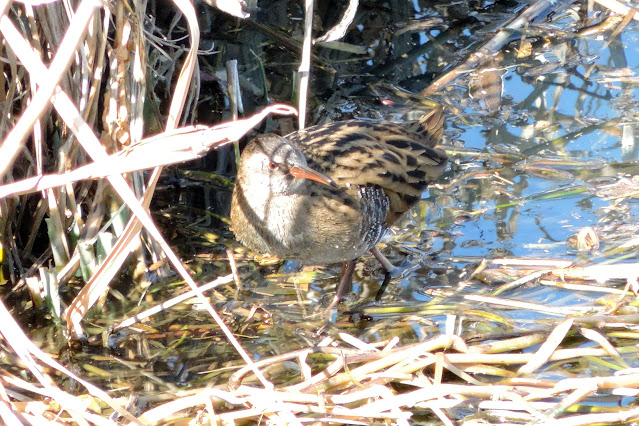 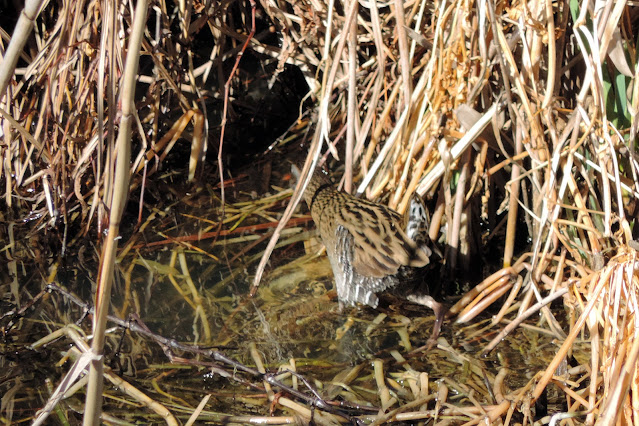 It went back to the shelter very quickly. I like its tail sticking straight up!

It actually came out in the open rather more often than I expected it to do; possibly it felt safe when there were coots and moorhens foraging by the reeds? or it was desperate for food? And this wasn't the only one there, but one or two more were skulking in nearby reeds. wonderful!

Water rails seen in Japan used to be considered as a subspecies of the Water rail Rallus aquaticus,but now they are a species on its own, Rallus indicus, called the Eastern water rail or Brown-cheeked rail in English. Kuina クイナ is its Japanese name.