A Big Round Trip

For the first time in many, many months, we got out of Chiba and headed for Hayama, Kanagawa and made a 'd'-shaped trip around the south part of the bay by car and ferry. 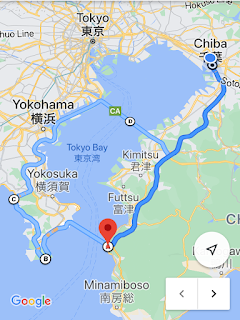 A lot of Black-eared Kites (Tobiトビ) welcomed us at the both ends of the ferry ride. 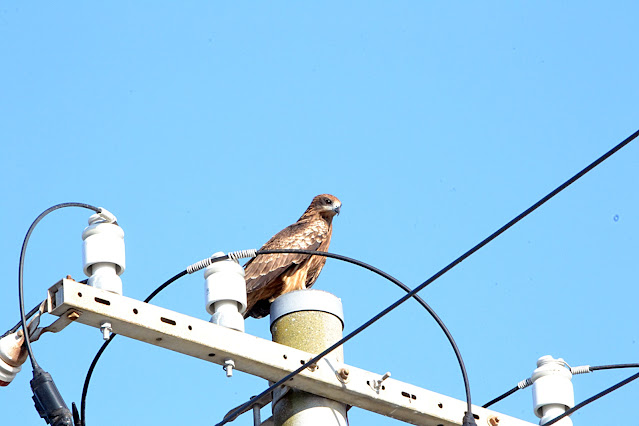 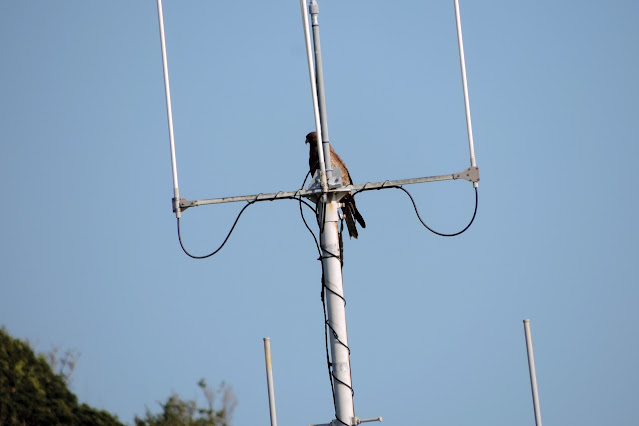 and Black-tailed gulls (Uminekoウミネコ) as well. 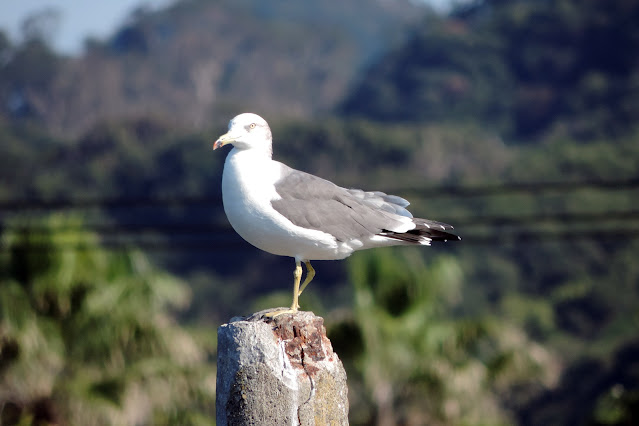 It took only 40 minutes from Kanaya, Chiba to Yokosuka, Kanagawa by ferry. We saw quite a few shearwaters shearing the water surface but sadly they were too far away for phototaking. 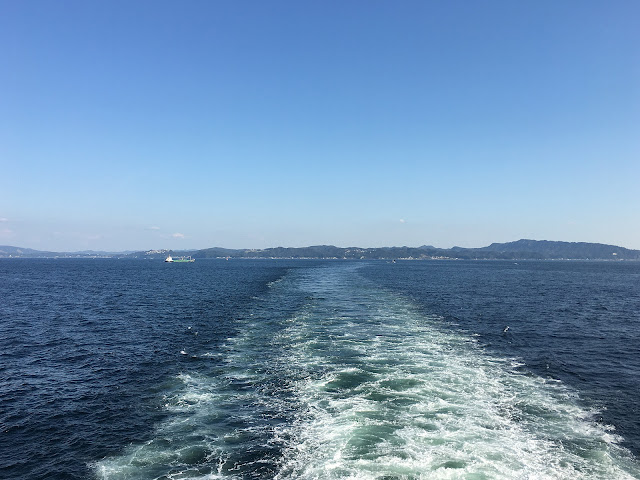 The sea was very calm, maybe too calm for shearwaters?

At Enawan-higata (江奈湾干潟) in the Miura Peninsula (三浦半島), the mudflat we had expected to see was under water but it was a pleasant place just to walk around. 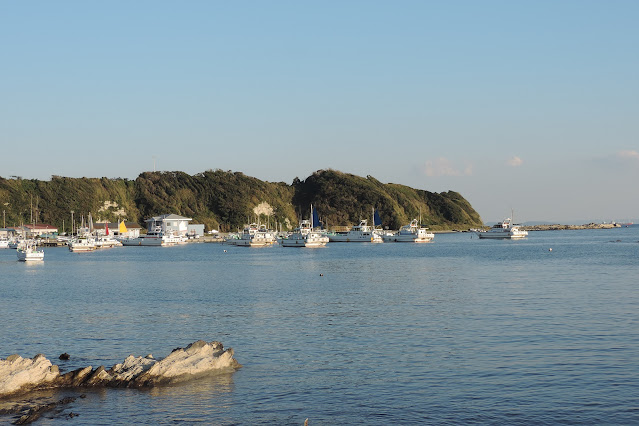 An old lady who was selling fishing bait threw something outside her hut, then as many as 30 kites were circling above her and swooped down to the ground to get their share. 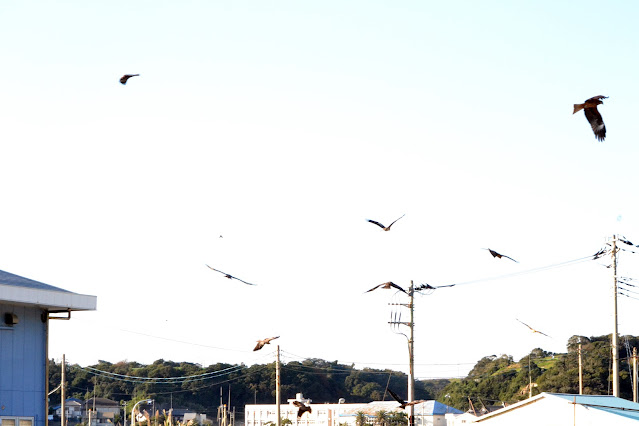 Some decided to stay on the ground, pecked like a chicken and waited for another batch to come from the lady. 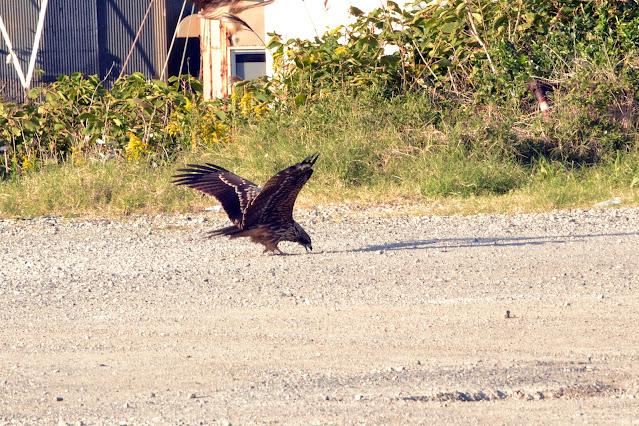 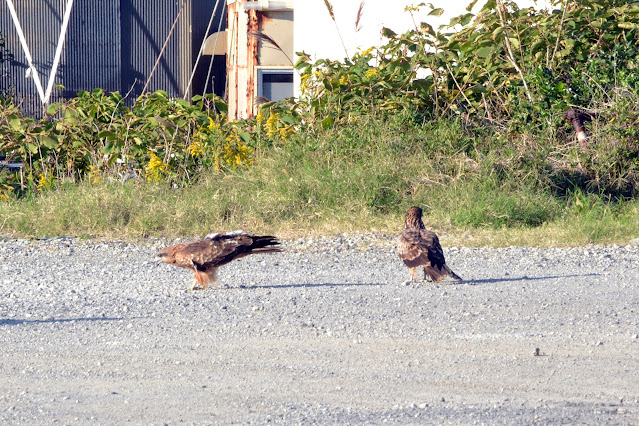 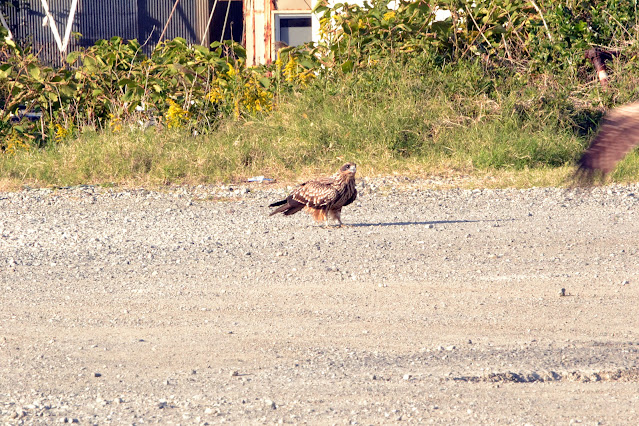 The harbour was an ideal place for White Wagtails (Hakusekireiハクセキレイ) and Blue Rock Thrush (Isohiyodoriイソヒヨドリ). 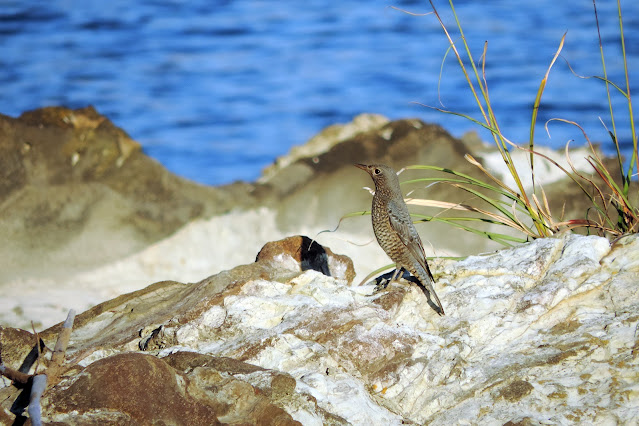 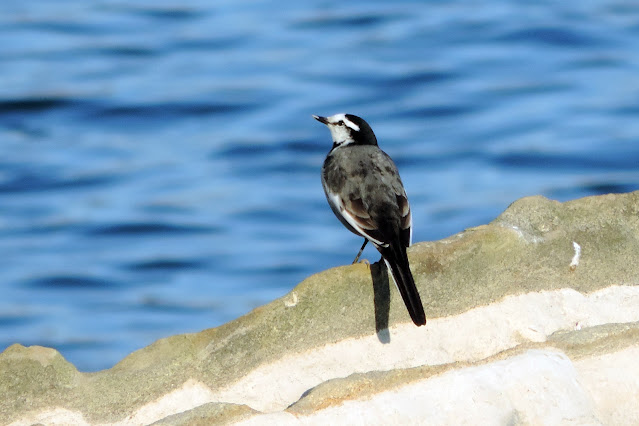 Near the reed beds, quite a big raft of ducks (Pintails (Onagagamoオナガガモ), Wigeons (Hidorigamoヒドリガモ) and Mallards (Magamoマガモ)) were calling and foraging. They must have arrived quite recently from their breeding grounds. 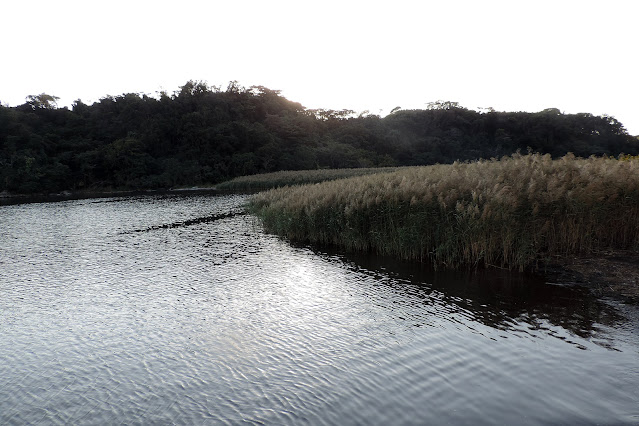 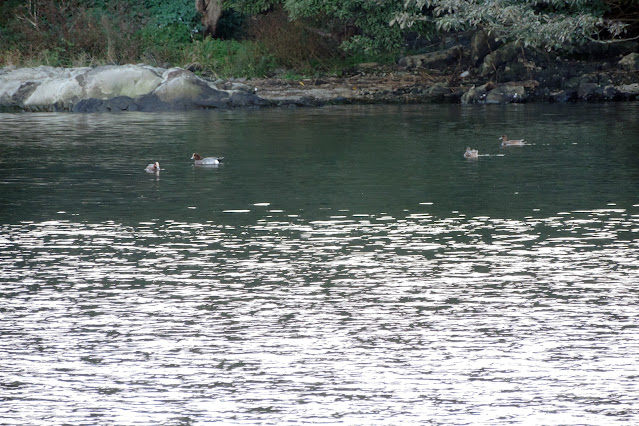 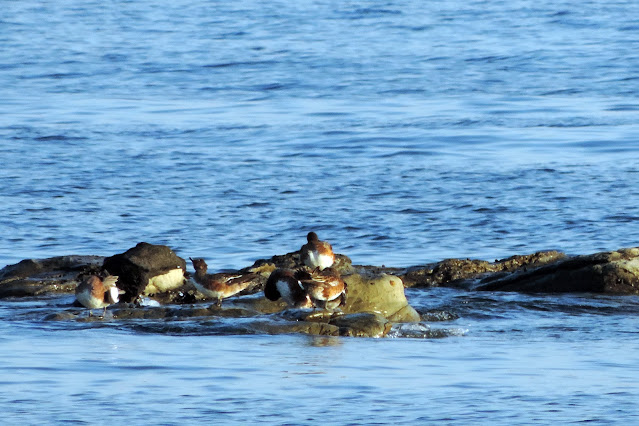 It was just so nice to get out of the house and feel fresh air, especially with birds:) 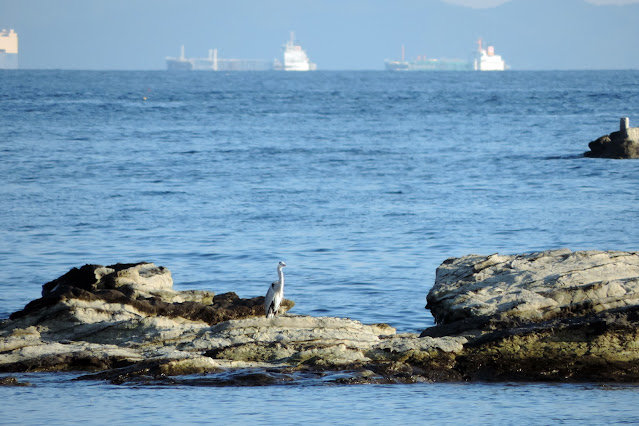 Another beautiful morning in the Miura Peninsula🌞 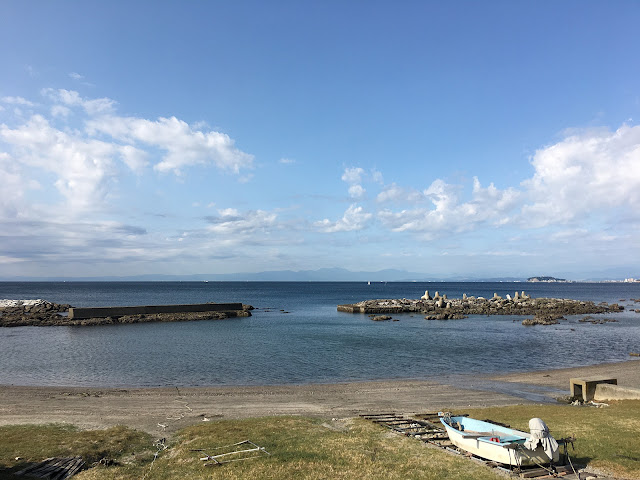 After walking in the woods in the heart of the peninsula to see/hear Chinese Hwameis (Gabichoガビチョウ) (and we found them plenty!), we headed for a pond where someone posted about the sighting of grey buntings the day before. 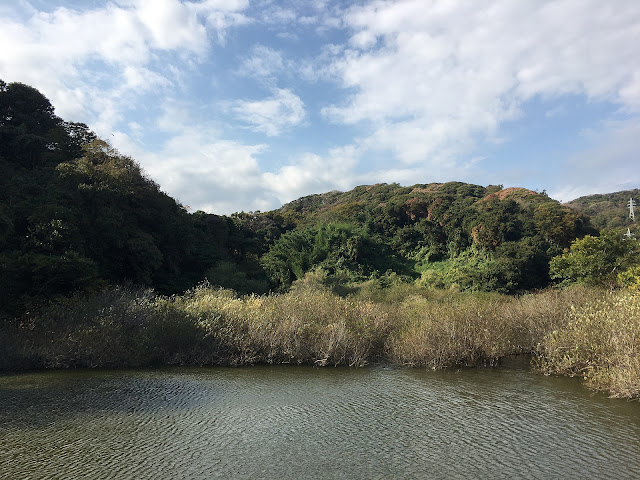 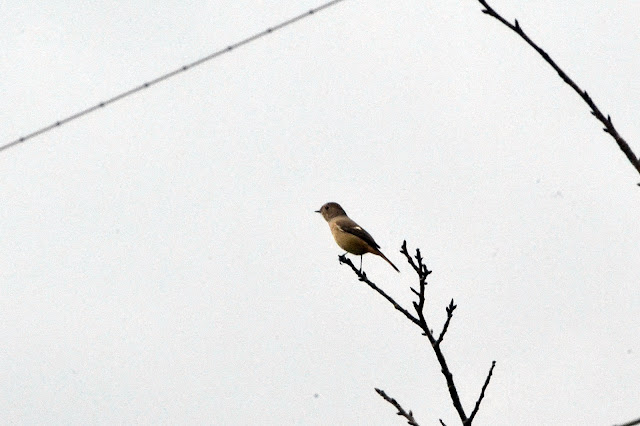 A female Daurian Redstart (Jobitakiジョウビタキ) was claiming her winter territory. 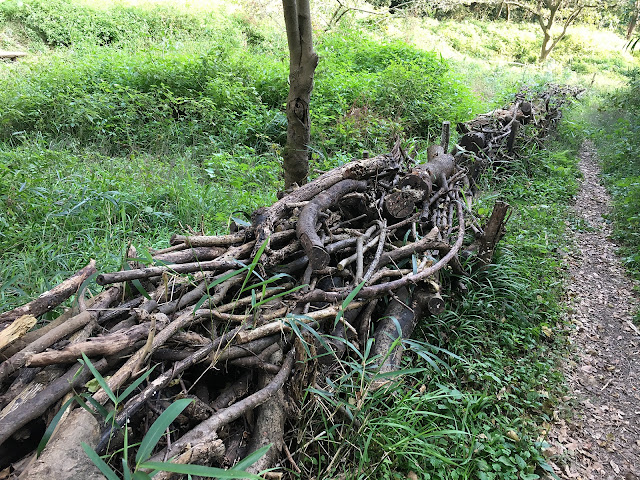 We were looking for the habitat where grey buntings may/would find comfortable - in thick bamboo bushes.  Bingo! We heard them calling each other with a very subtle calls. There was no photo as the light wasn't good and they were just seen in between bamboo shrubs but we found them. Yay!

The other side of the bay was similar but different and we would like to come back again in different seasons.