Oh it's already September...
I was lucky to be involved in some bird surveys this summer and time was just flying by (when having fun! indeed!).

Time for migration. Yes!
My husband and I are not great at identifying waders but at least we tried:)
(if our identification is wrong, please leave your comment!)

In the UK, when we saw a curlew, it was definitely a Eurasian curlew. BUT!
In Japan we have the Eurasian Curlew AND the Far Eastern Curlew and both can be seen at the same place at the same moment. 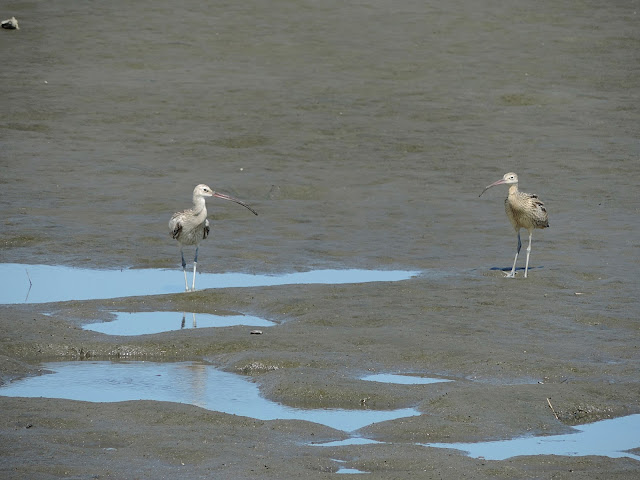 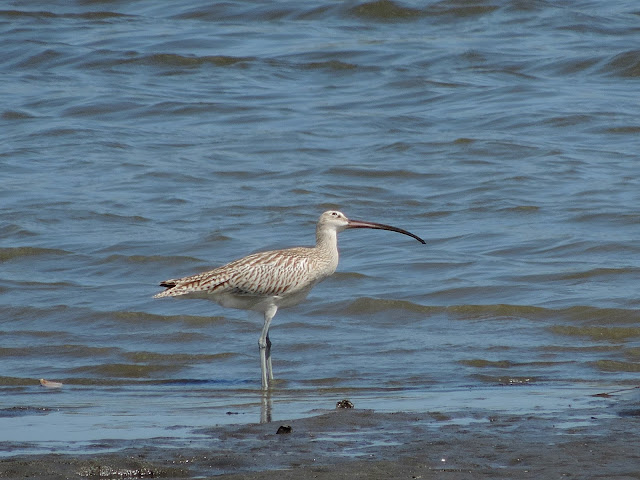 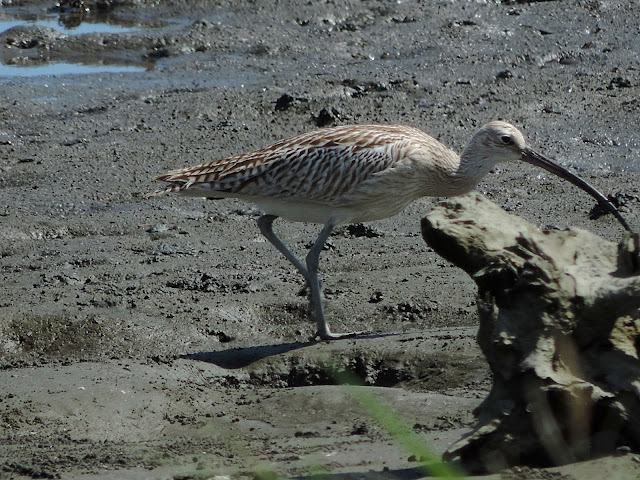 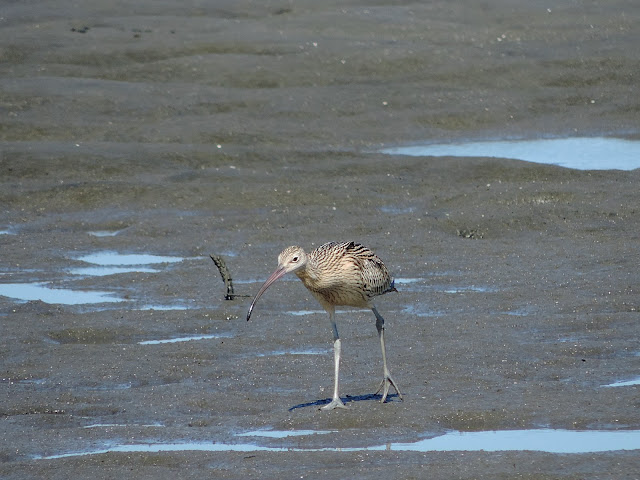 If my memory is right, I was told that the ones in the first 2 pictures are Eurasian Curlews (Daishakushigiダイシャクシギ) and the last one is a Far Eastern Curlew (Hourokushigiホウロクシギ). 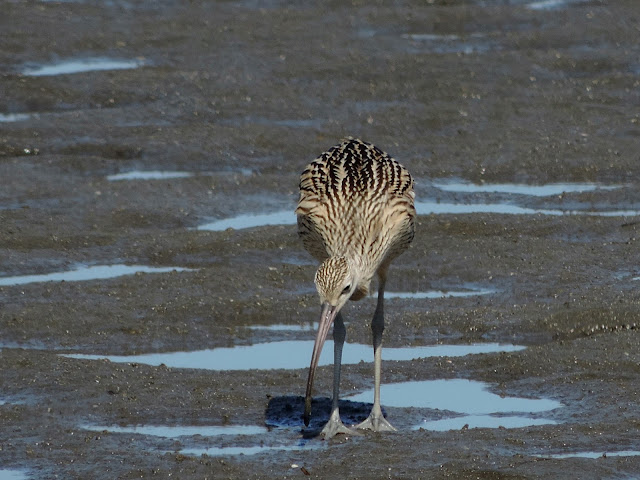 This estuary has a very narrow sandy area and birds land quite close to the embankment where people can stand and watch them, which is lucky for us birdwatchers. 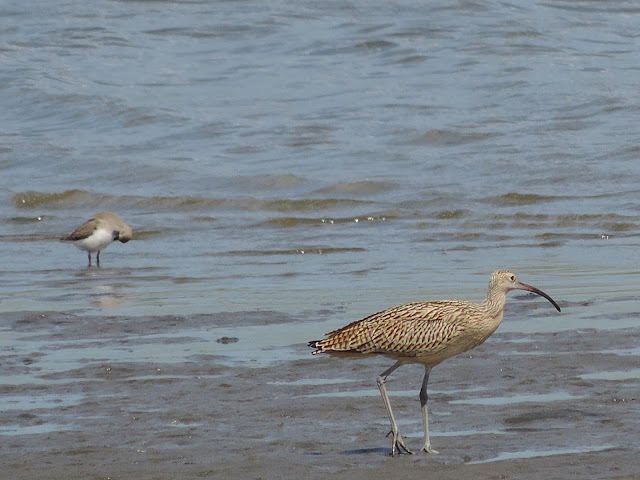 Even though we were not sure which one was which at that time, the curlews are still a gorgeous bird to observe:)
at 12:38