2 new birdwatching friends asked me out to their fields near Inbanuma, Narita-shi, Chiba and we had a wonderful few hours out on the paddyfields.

A small flock of Lapwings (Tageriタゲリ) was foraging on the ploughed paddyfields. 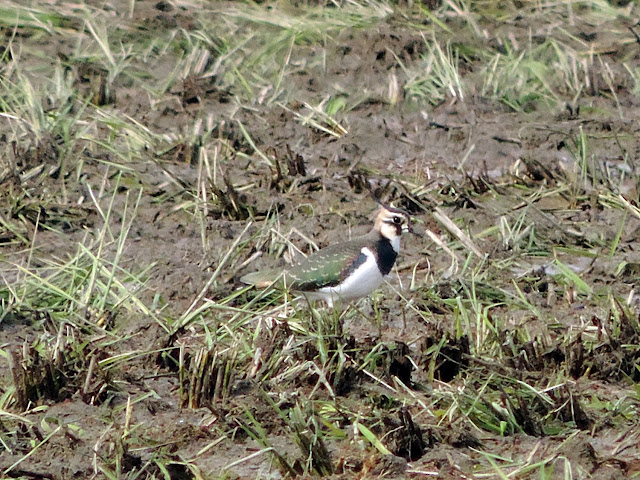 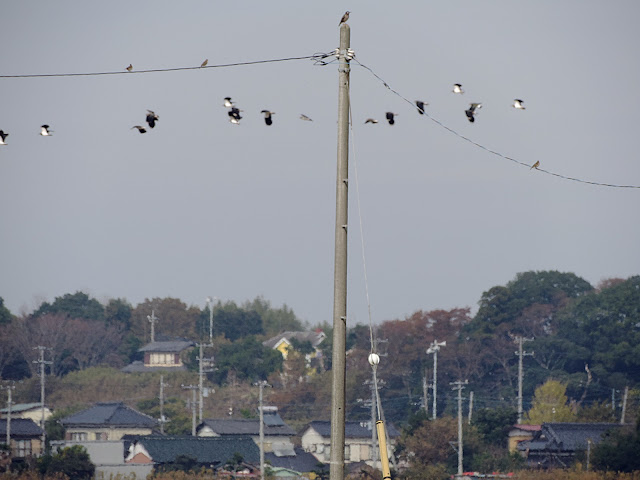 5 Pacific Golden Plovers (Munaguroムナグロ) were foraging on the same paddyfield where the Lapwings had been. They looked like juveniles but one of them had a beautiful golden tint on its back. 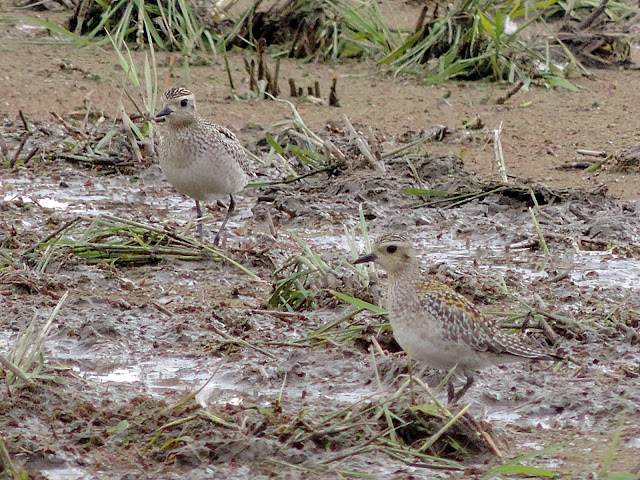 Hundreds of Oriental Greenfinches (Kawarahiwaカワラヒワ) were on the wires and on the fields. 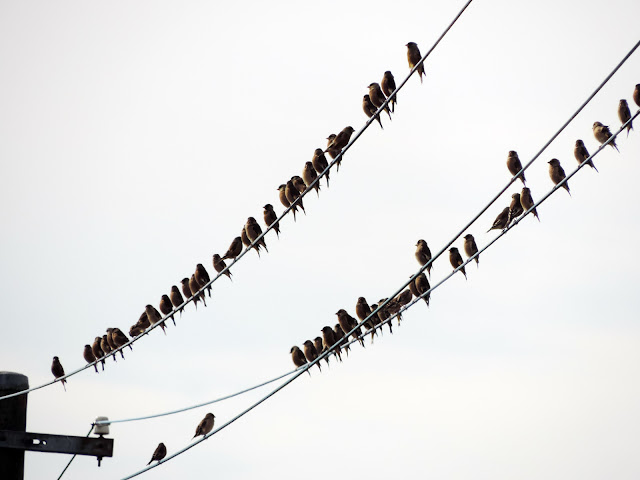 Some were even singing just like they'd do in spring! 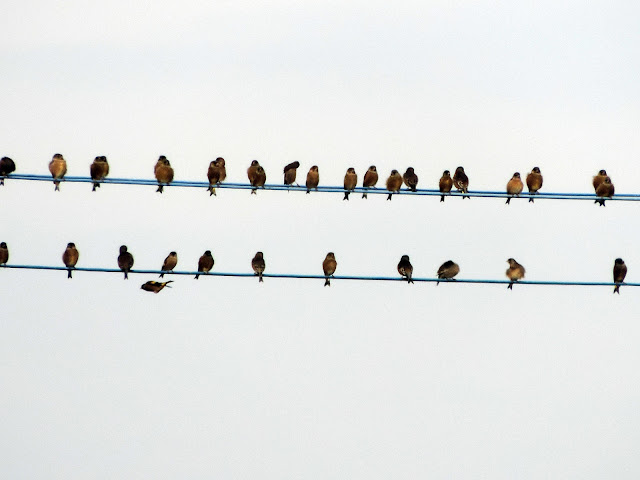 Water Pipits were everwhere, so were Skylarks (no photo). 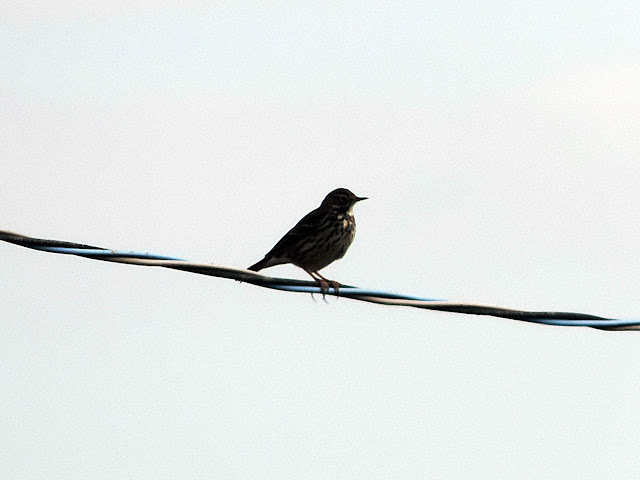 On the way back to the station, we stopped by the lake (Inbanuma) to see if there were ducks on it and there they were! There were not only ducks but some Great Crested Grebes and Black-necked (or Slavonian?) Grebes as well. 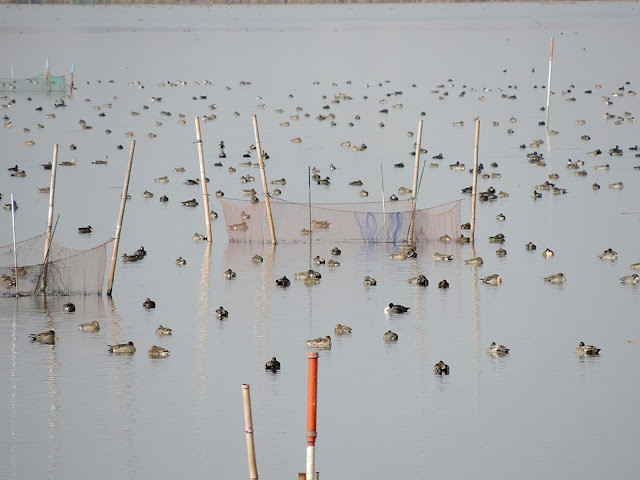 And Cormorants (Kawauカワウ) were drying themselves over the water.
The ducks behind the cormorants were probably Greater Scaups but I'm not 100% sure. 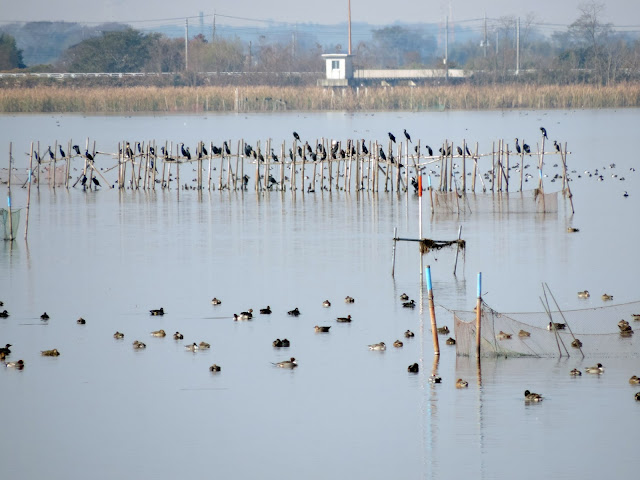