In Akanehama, one of the good birdwatching spots for the wintering birds, many birds have already arrived as expected. 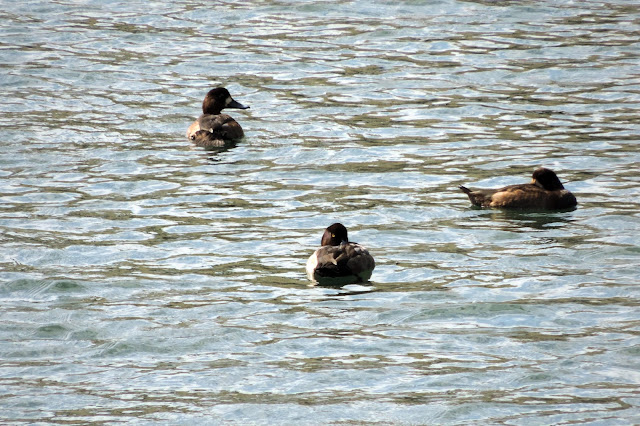 Thousands of them have arrived and most of them were floating a bit far away from the shore but these ones were resting at the river mouth in a small group. 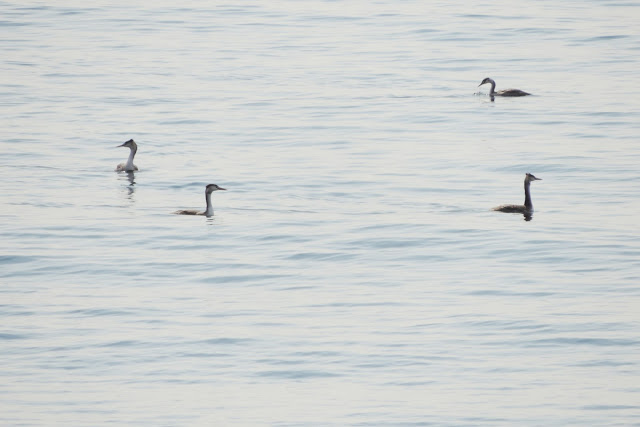 A few hundred or even a thousand have arrived all in winter plumage.

Under the ugly concrete breakwater blocks, an underwater stream was coming out and a lots of ducks and other birds seemed to be having a feast. 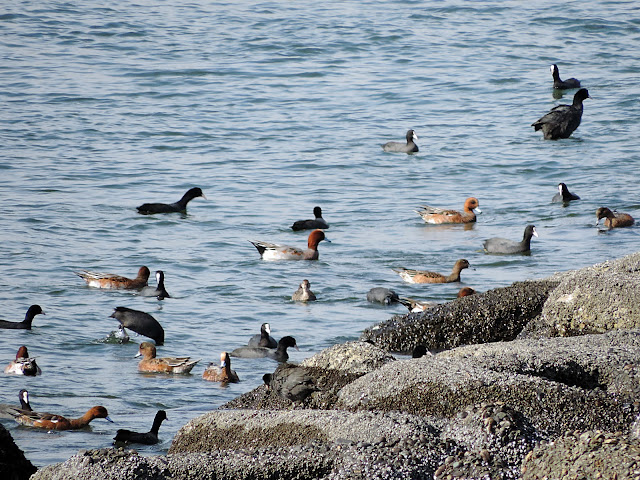 A lone Great Egret (Daisagiダイサギ) was stretching his neck. 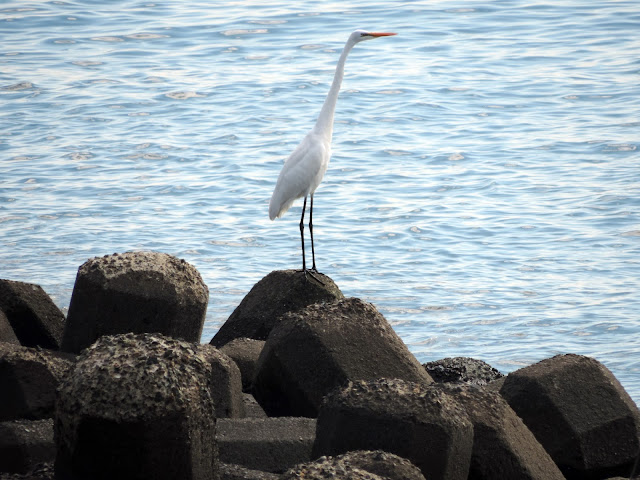 Suddenly he jumped and skimmed the water surface with his long beak while flying.
I'd never seen an egret hunting in such an agile manner! 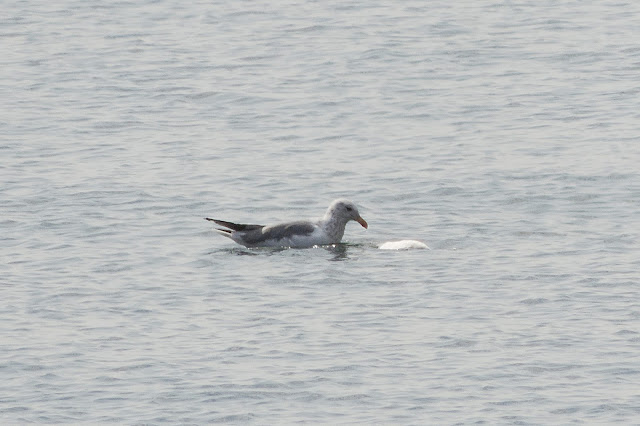 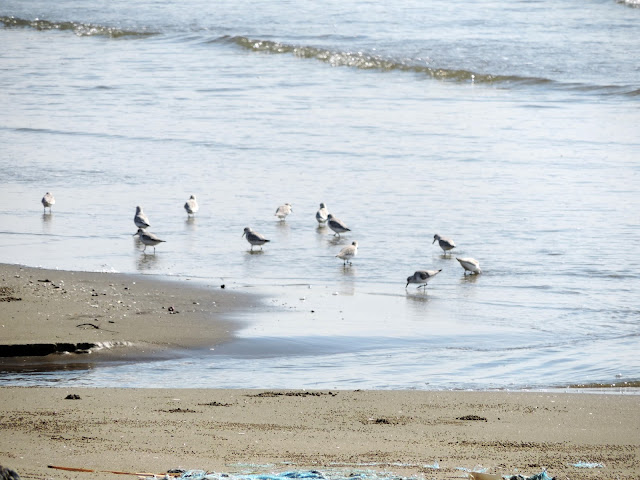 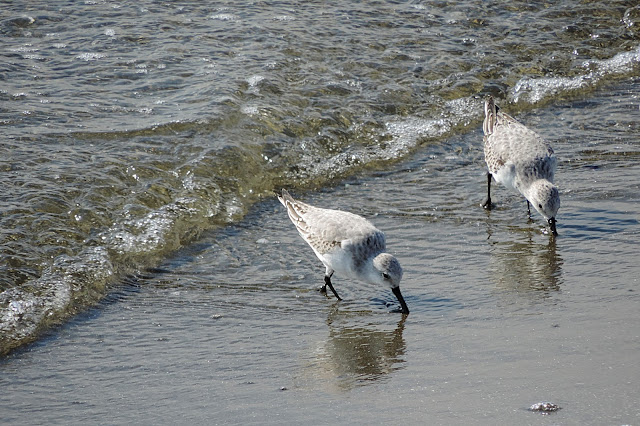 I expected to see more Cormorants (Kawauカワウ) but this one was the only one on that day. 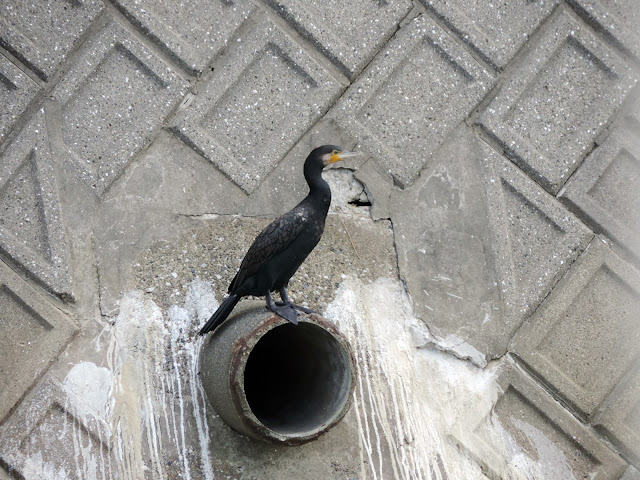 Wintering birds were found on land as well. 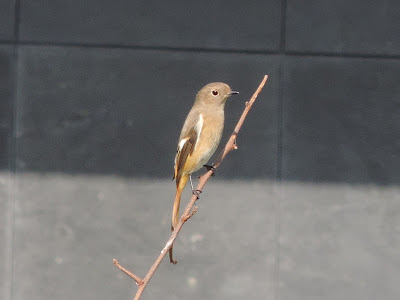 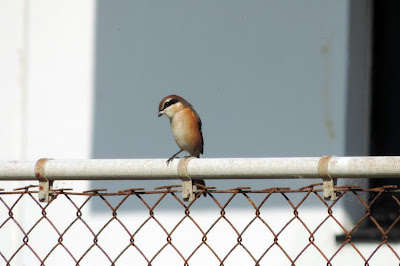 More and more wintering birds will be arriving and some will stay in this area. I'd like to go back there in a month or so to see if I can find new arrivals.