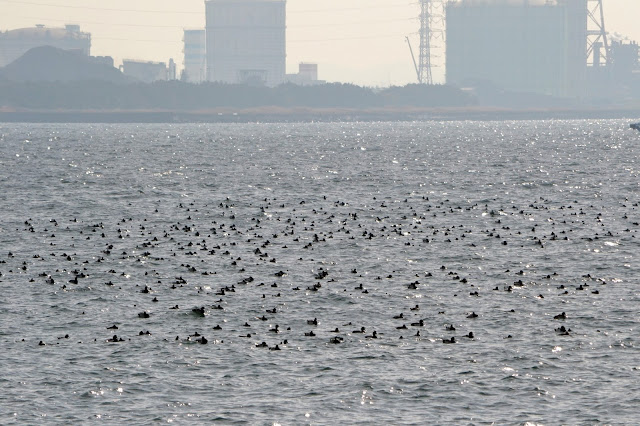 4 male Wigeons (Hidorigamoヒドリガモ) foraging on the edge of the water 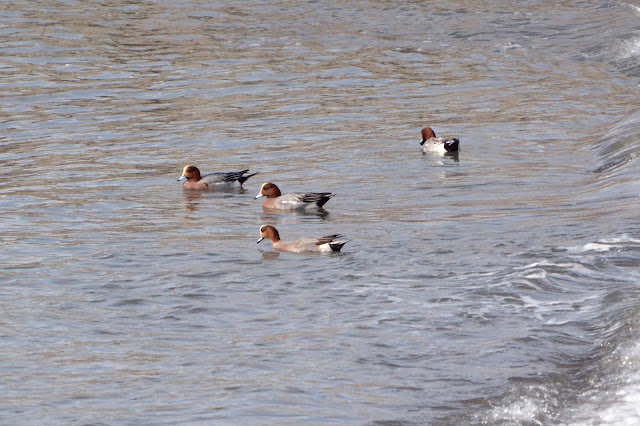 a male Wigeon and a sleepy female Tufted Duck (Kinkurohajiroキンクロハジロ)? 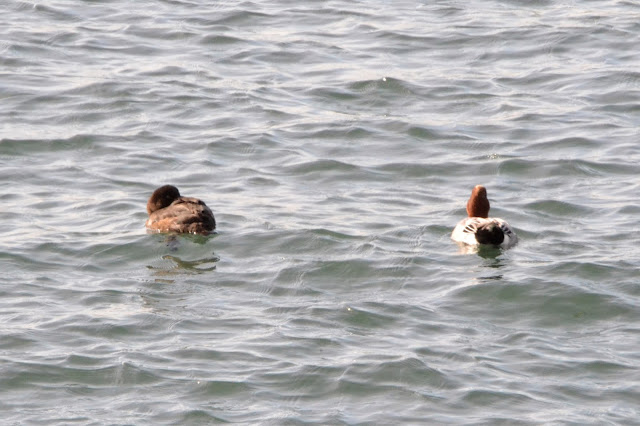 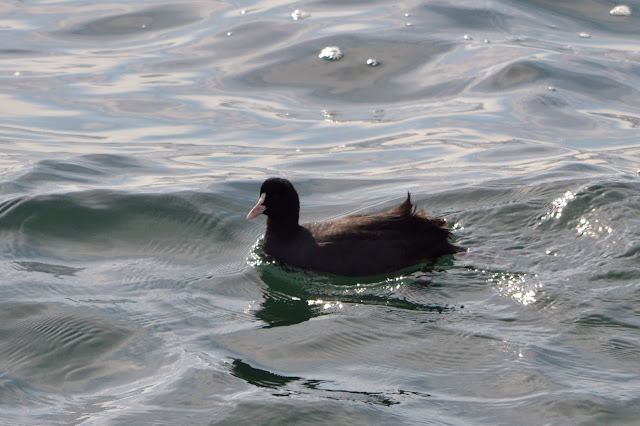 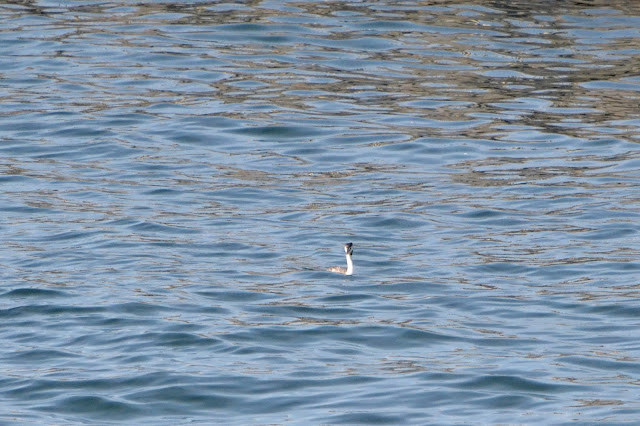 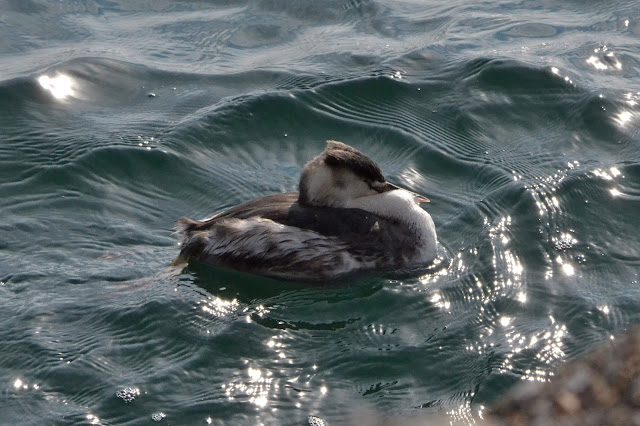 I thought he/she were asleep (resting) but... 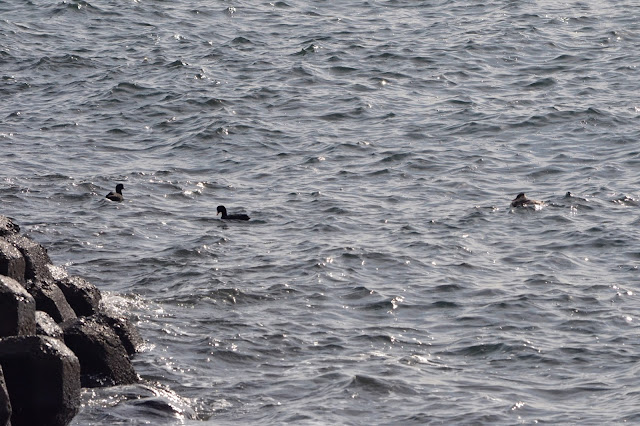 gradually, he /she was moving away from me as if stalking two Coot foraging by the concrete wave breakers in the same posture. 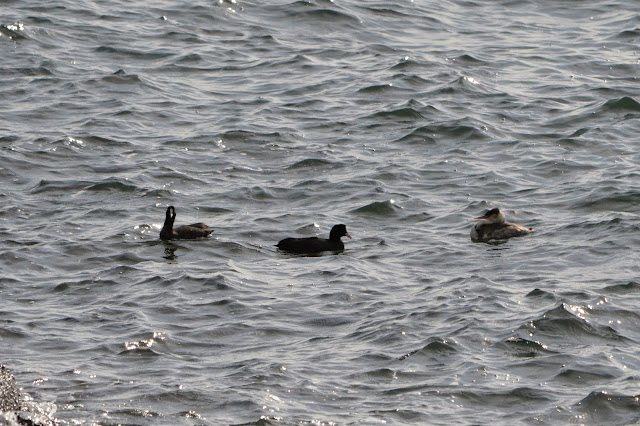 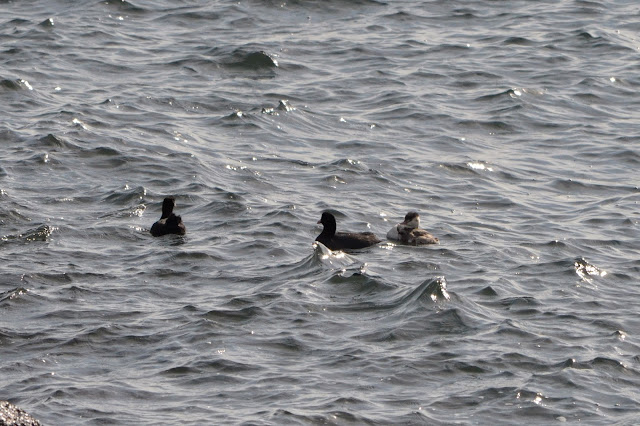 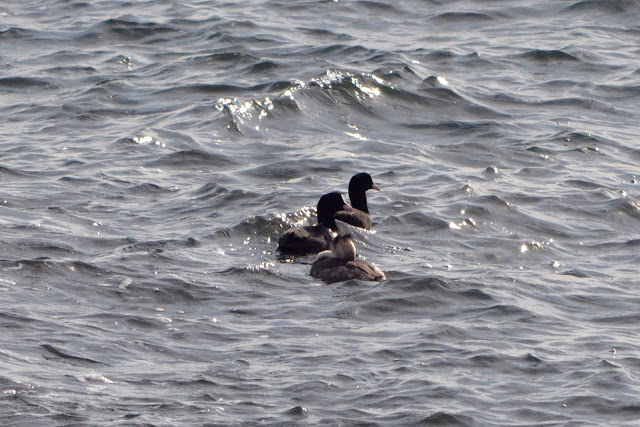 The Coots didn't seem sure what to do with him/her. 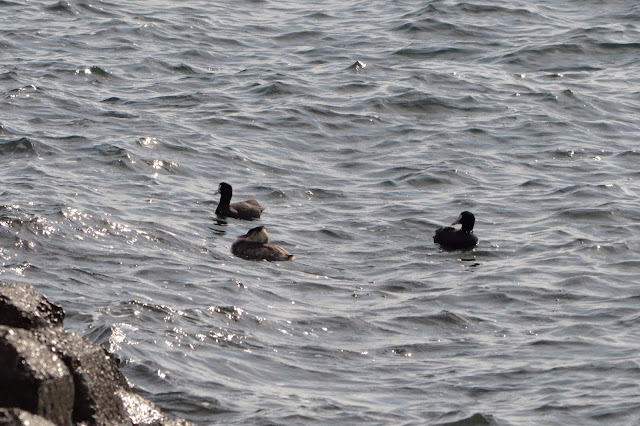 After a bit of confusion, the Coots restarted foraging and the GC Grebe was still floating in the same posture near them.


a long Oriental Greenfinch (Kawarahiwaカワラヒワ) on the cable 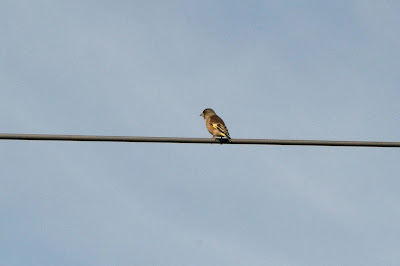