A shoal of small fish and a big Grey Mullet (Boraボラ) 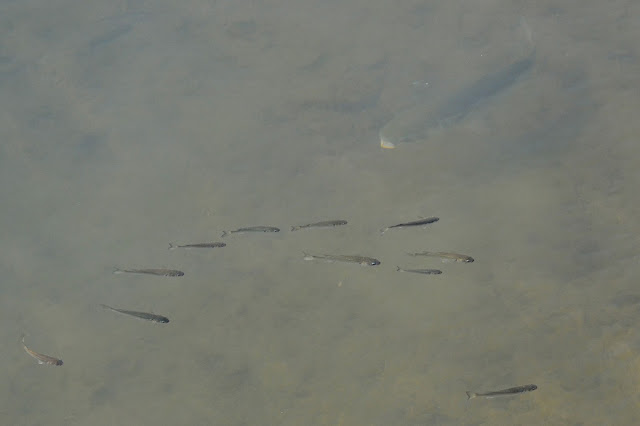 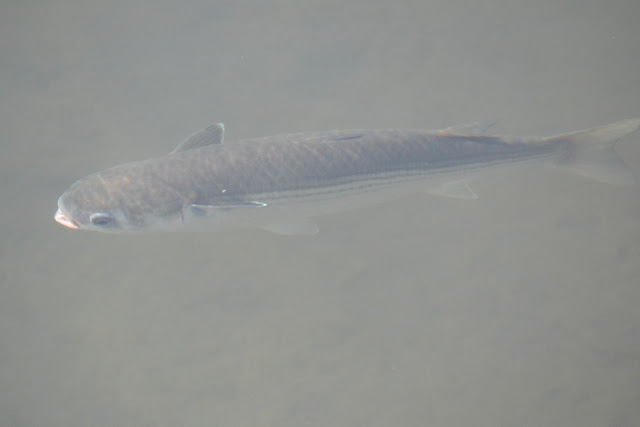 No wonder there were so many Grey Herons (Aosagiアオサギ) and Cormorants (Kawauカワウ) on the canal! 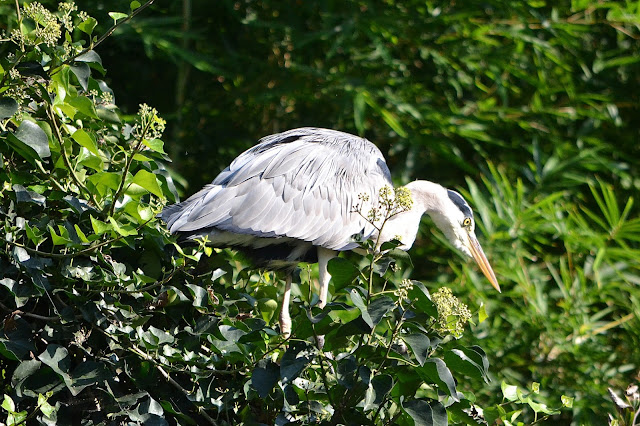 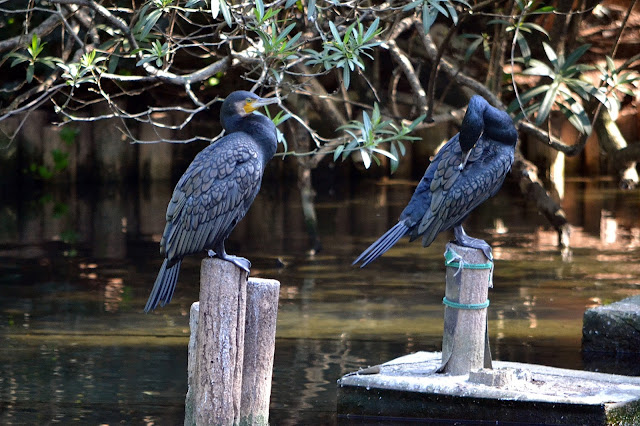 We saw at least 15 Cormorants on and around the bird island and a few flying over as well.


The quality of the canal water was appalling when I was a kid but clearly it has improved a lot since then, I mean, it has become ok enough to sustain these fish and the birds which eat the fish.

Little Egrets (Kosagiコサギ) and a Great Egret (Daisagiダイサギ) were on the island too. 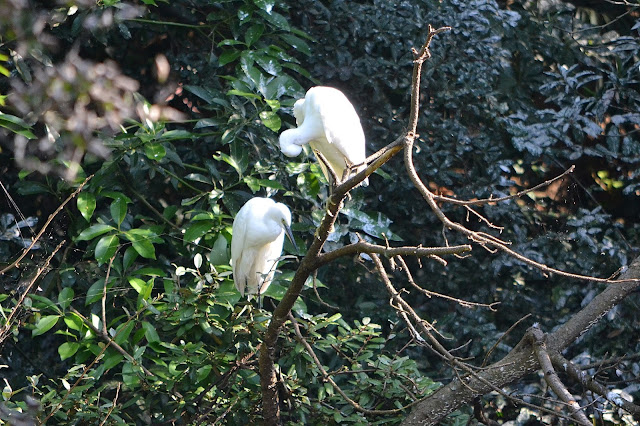 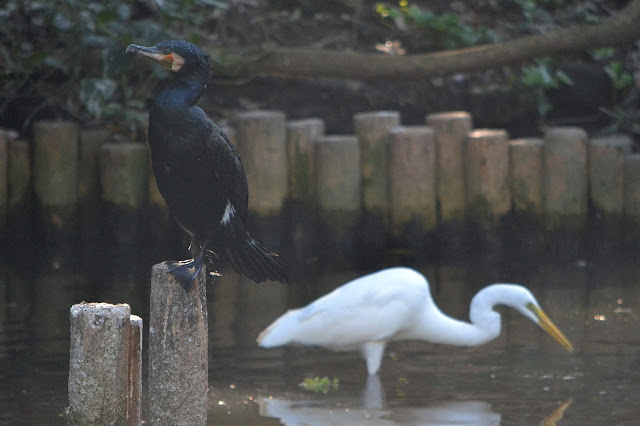 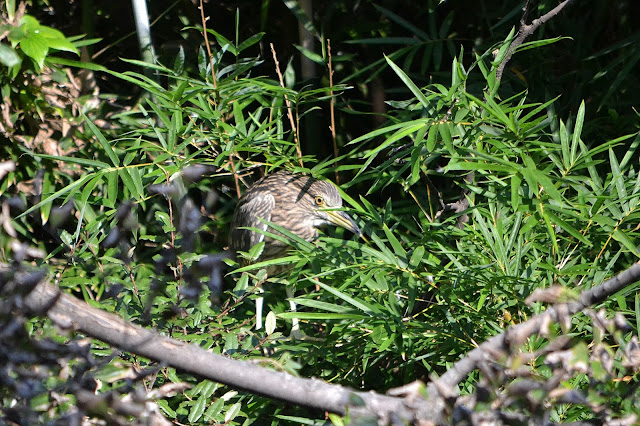 
In the bush by the footpath, Grey Starlings (Mukudoriムクドリ) were foraging. 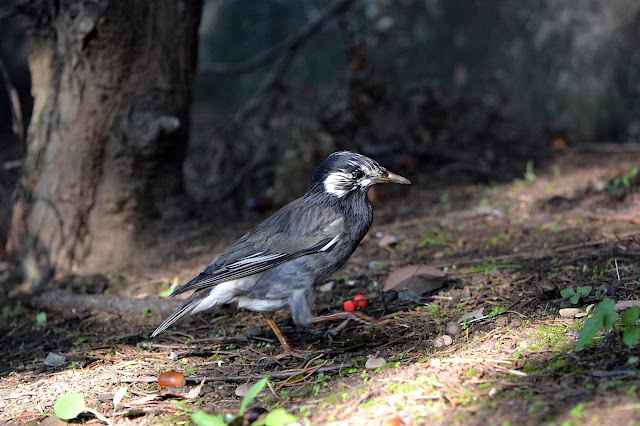 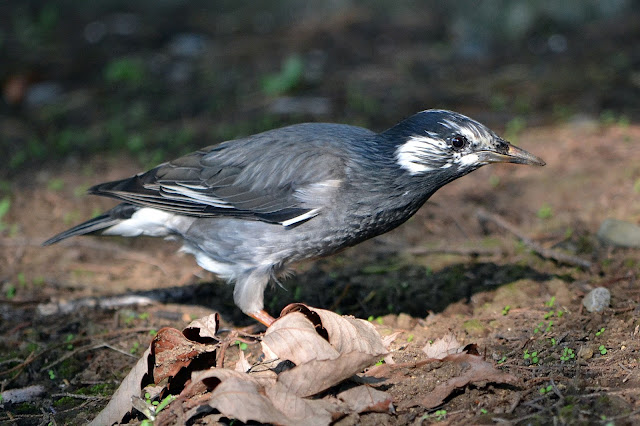 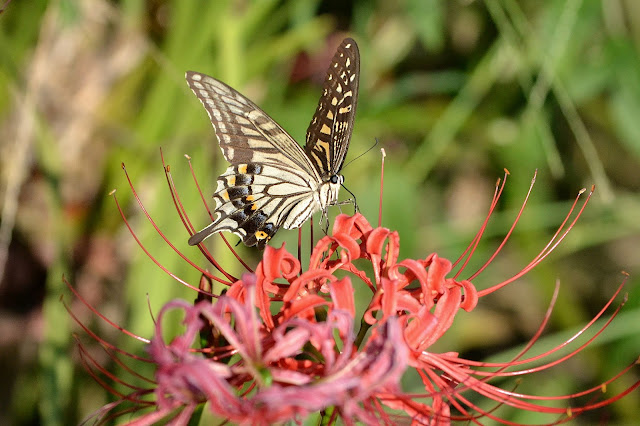 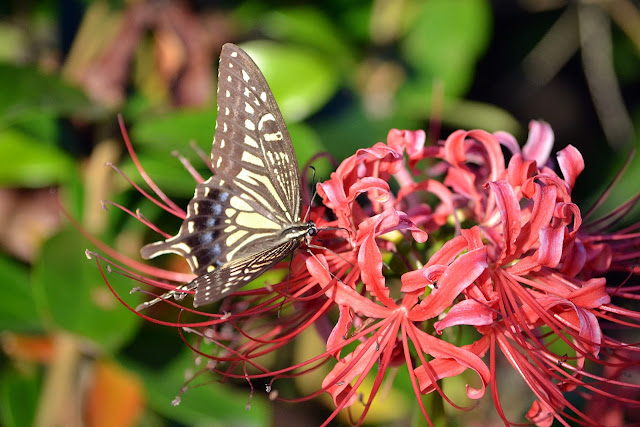 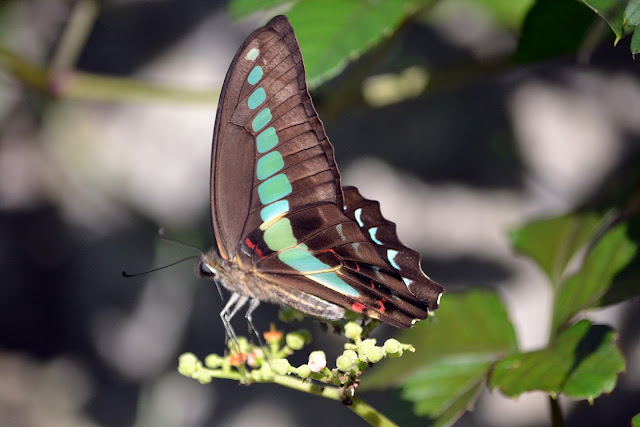 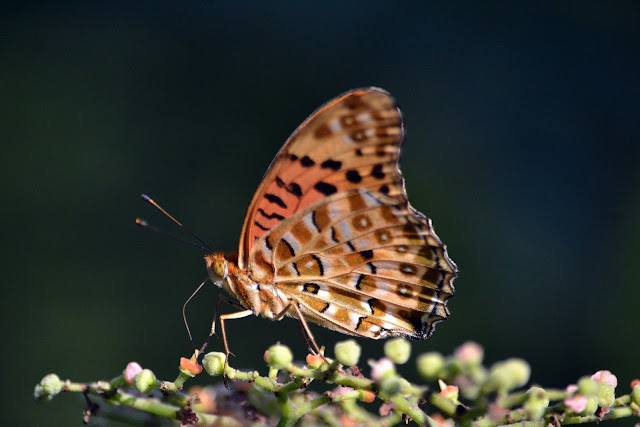 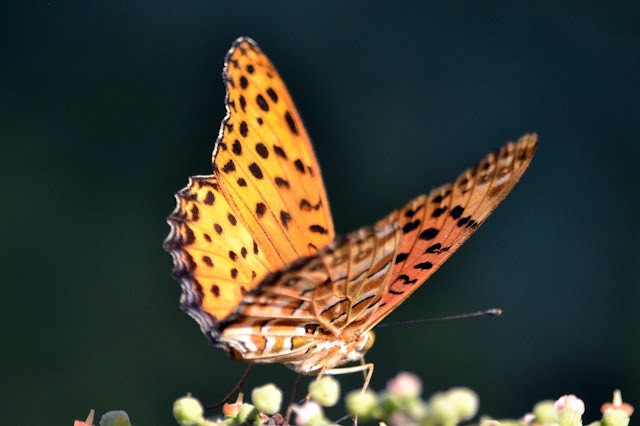 Tokyo is still quite warm and sticky and the canal seemed to be teeming with tiny insects just like it would be in the summer, which must be good for some insect eating birds and other creatures. (it could be damaging for other creatures at the same time...)
We are desperately looking forward to the winter though!
at 22:04