Just like the last two winters, the Shovellers (Hashibirogamoハシビロガモ) have arrived in Nihon Ike and there were 2 females and 6 males, along with 6 Spot-billed Ducks (Karugamoカルガモ) and 1 Coot (Oobanオオバン) when I went to the pond to count them. 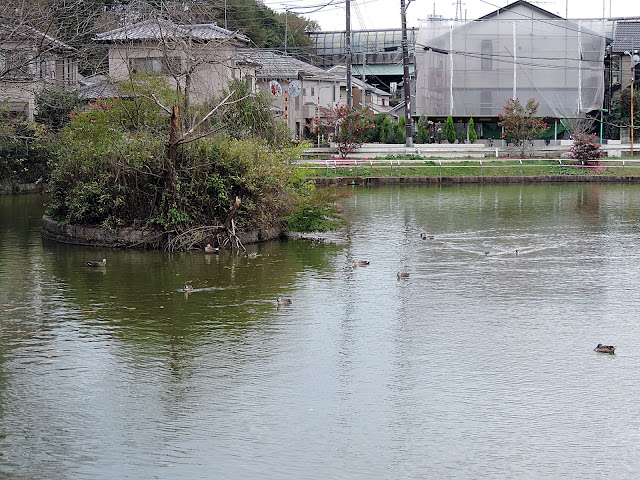 Actually, 6 Shovellers were seen last winter and 5 the winter before so 8 is a pretty good number, I think. 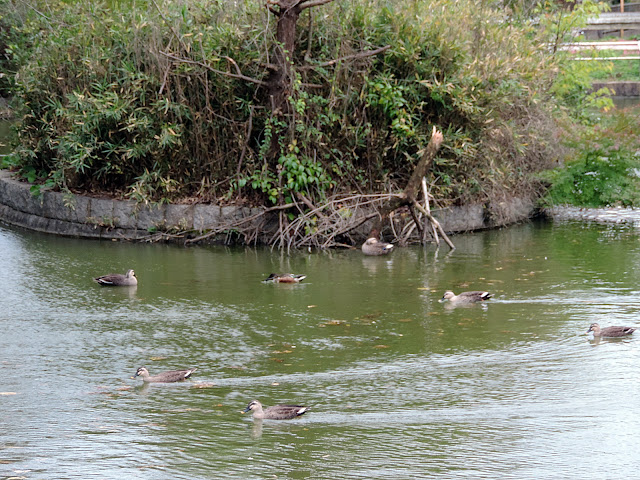 The Shovellers are rather small compared with the bulky Spot-billies.


They were feeding using their spatula like bills, skimming the surface of the water. 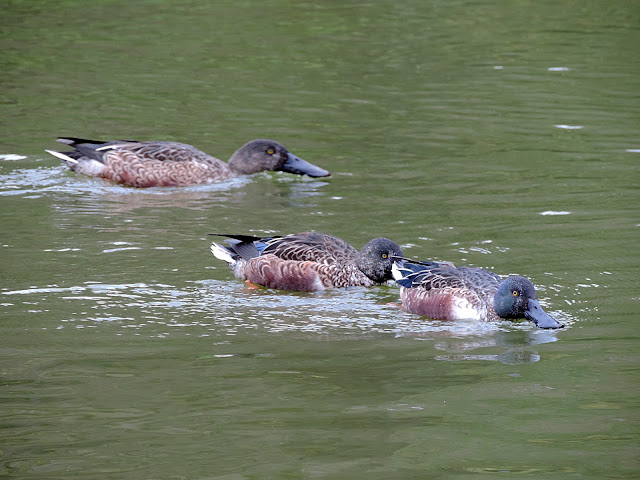 They look rather dull-coloured but all three of them are male in eclipse plumage. 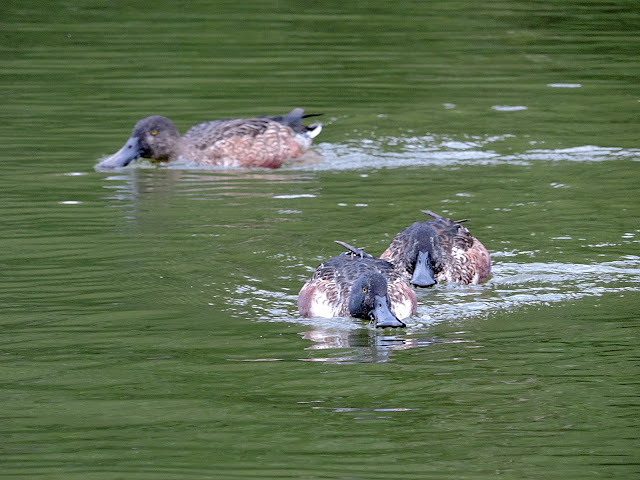 The males have a black bill 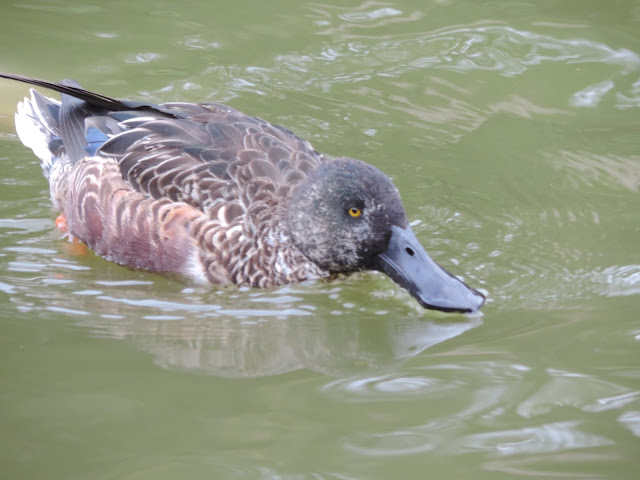 whereas the females have a brownish one with orange-yellow base and sides. 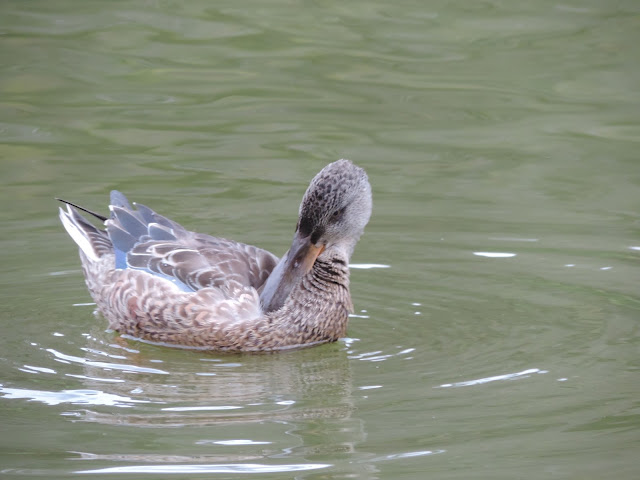 The lone Coot was minding his own business:) 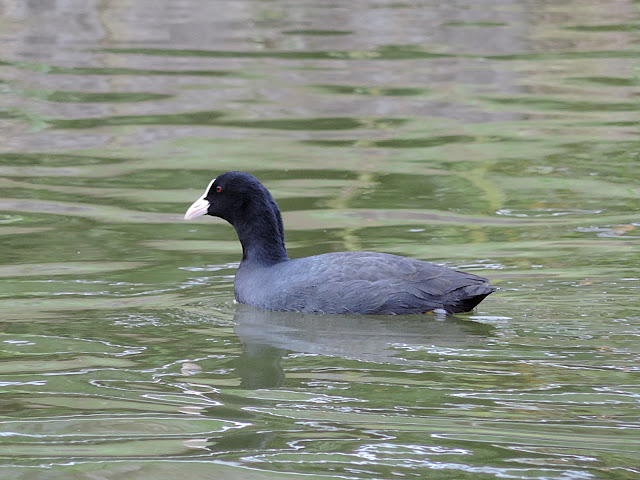 a pair of Spot-billed Ducks 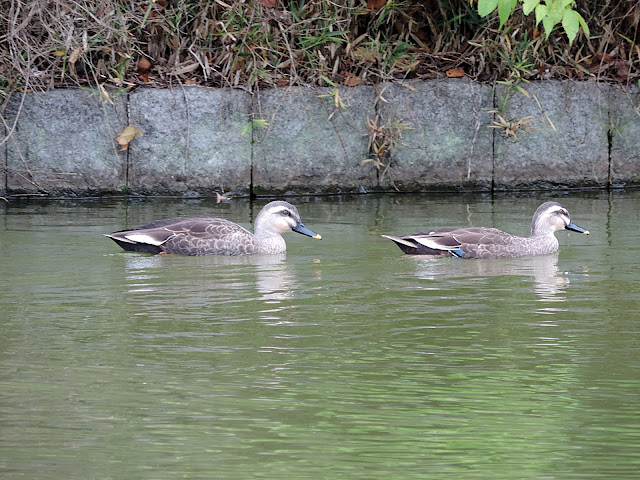 I rarely see herons and egrets but a Great Egret (Daisagiダイサギ) just flew into the small redbed while I was there. 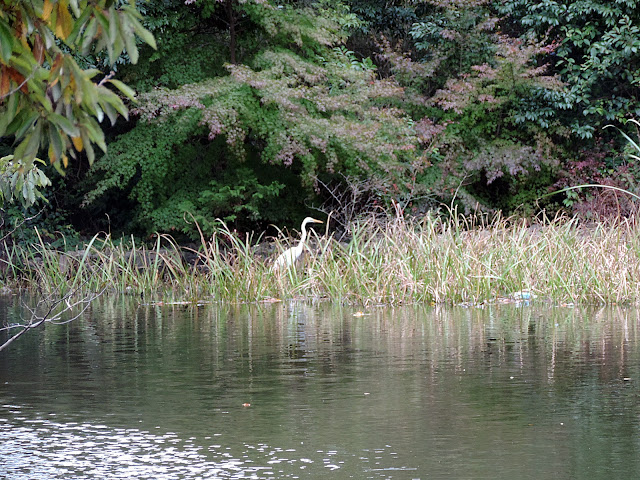 Two White Wagtails (Hakusekireiハクセキレイ) were fighting for something, possibly for some crumbs left by the locals under the bench on the edge of the water and the male seemed to have won. 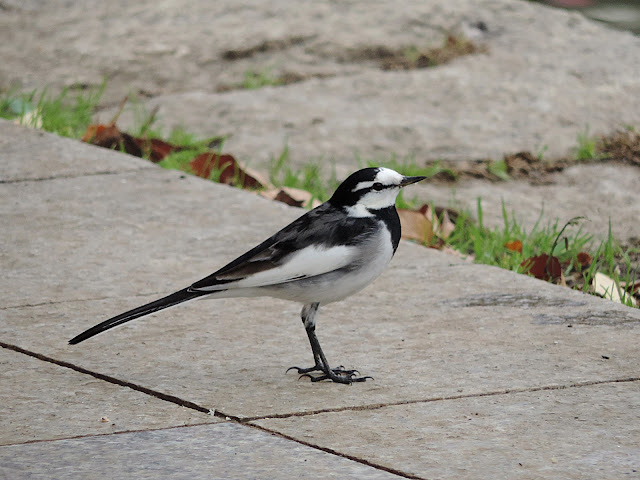 All of sudden, all the ducks looked up and I knew why.
A Peregrine Falcon (Hayabusaハヤブサ) was flying just above us. All the pigeons nearby flew up in chaos but it didn't seem the falcon intended to hunt. 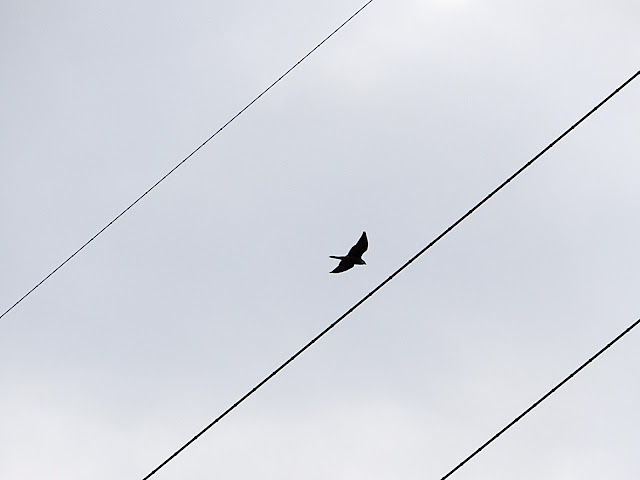 After the falcon had gone, tranquility came back to the pond:) 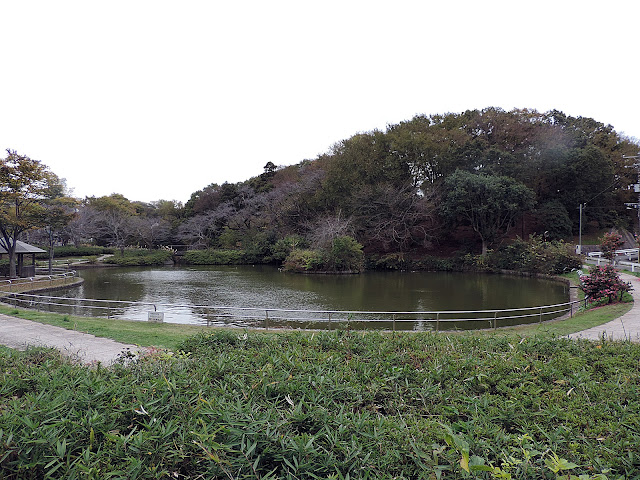