The number of the ducks in Funadaike, Ecology Park has reached at a record high - more than 50 dabbling ducks! 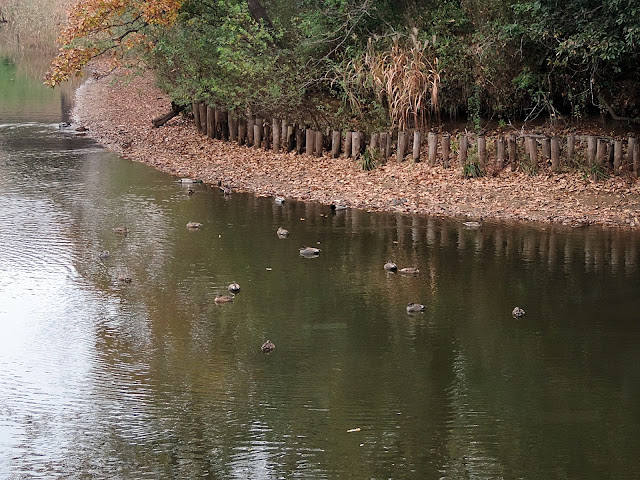 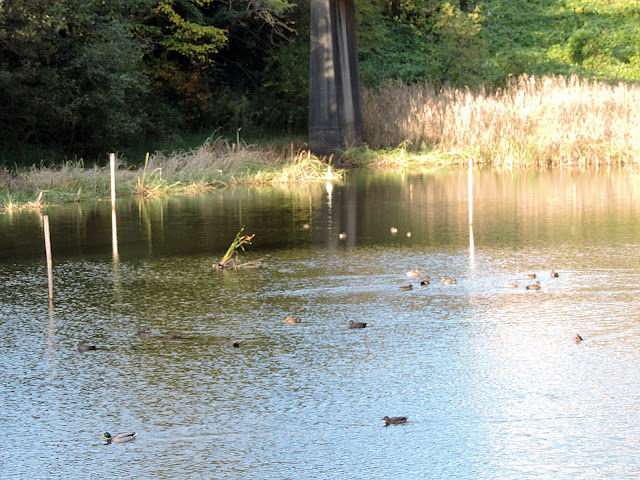 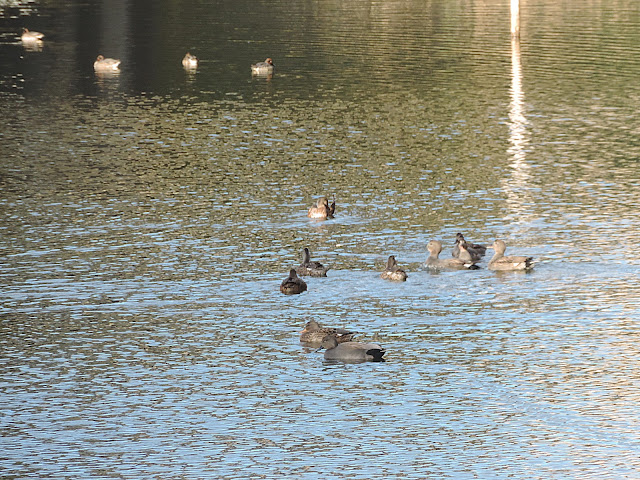 The ducks tend to get together with the same species but I don't know why. 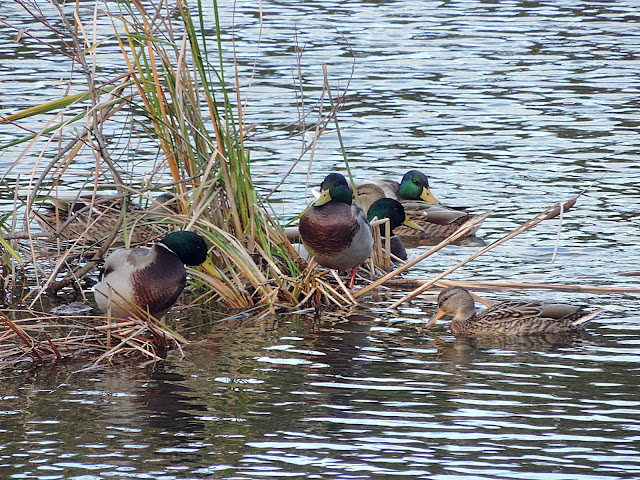 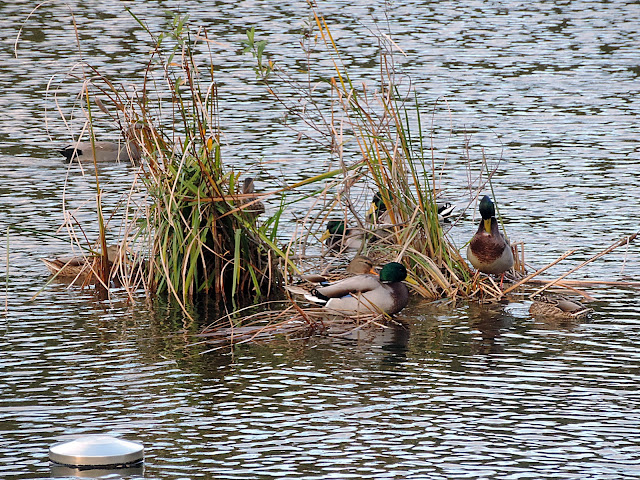 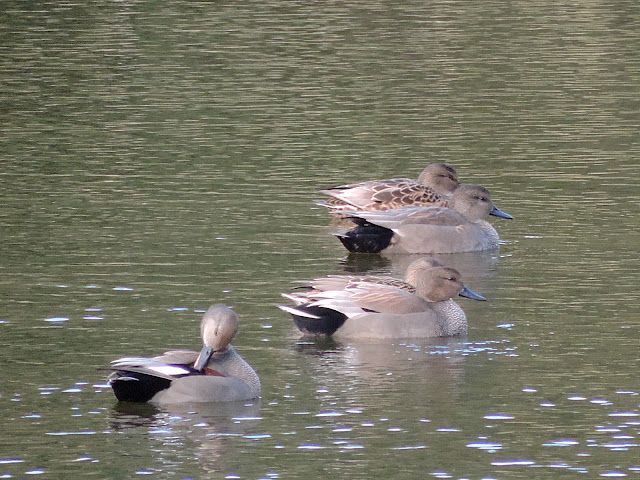 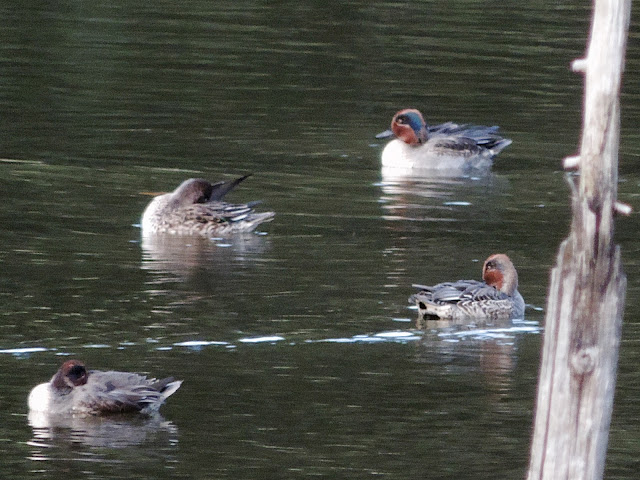 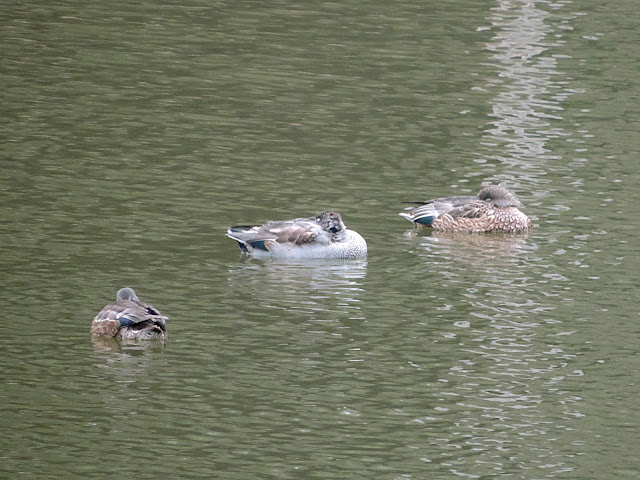 A lone male Pochard (Hoshihajiroホシハジロ) flew into the pond during the day (but flew off after a couple of hours diving, foraging and preening). 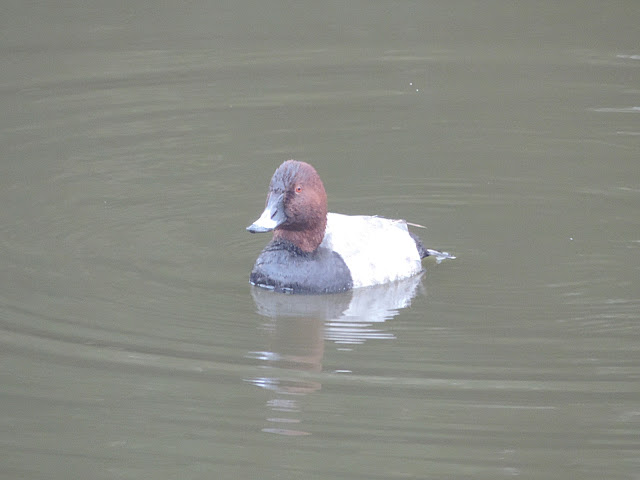 He went closer to a pair of mallards and was rather aggressive towards the female, who is much larger. 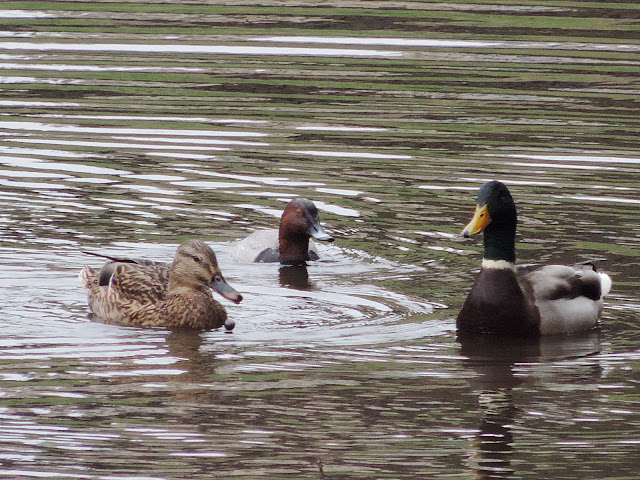 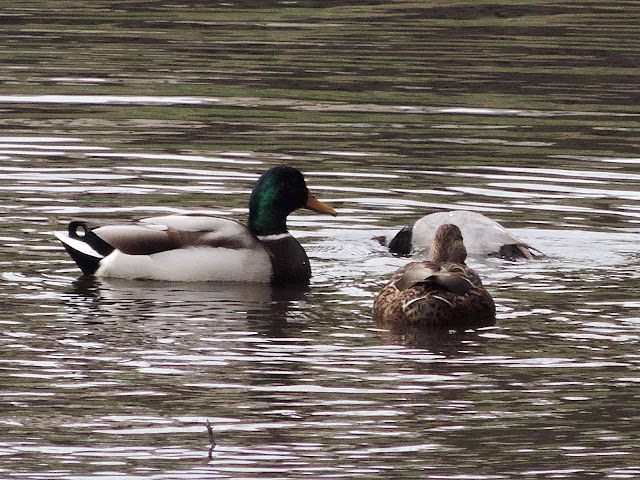 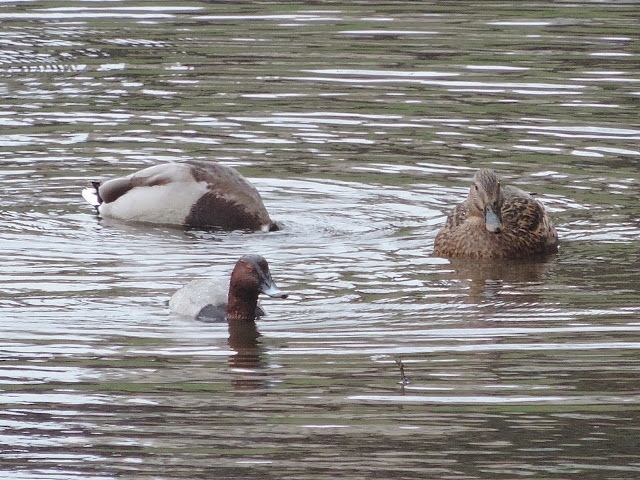 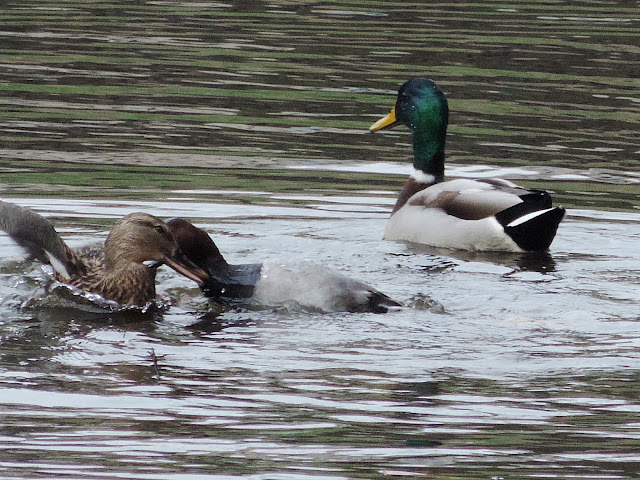 I don't think they were competing for their food but he may not have liked the way she was feeding...! 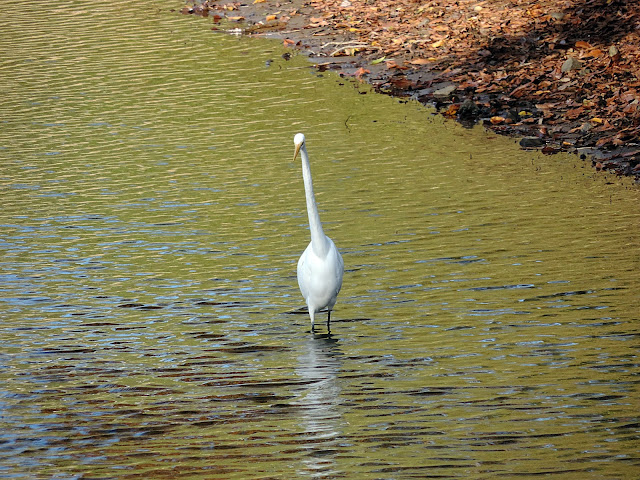 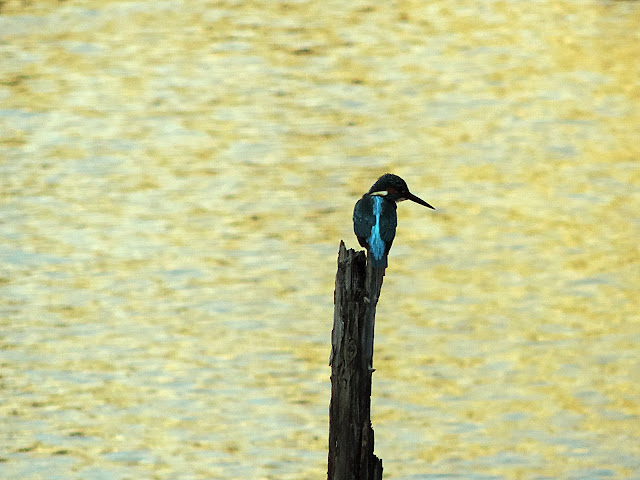 my first Dusky Thrush (Tsugumiツグミ) of the season 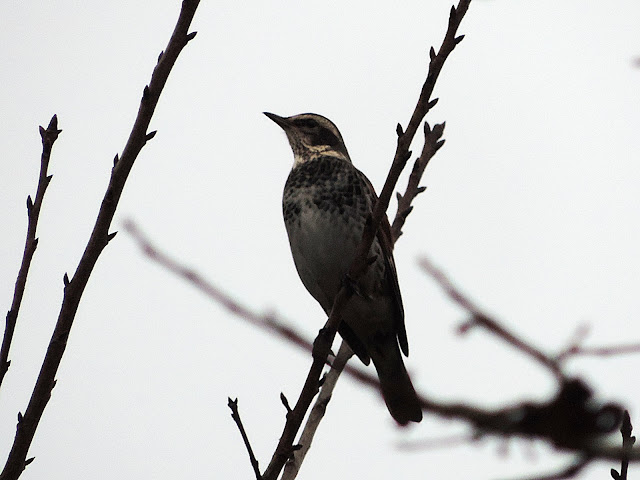