It's been very warm and spring-like and I cycled to the tributary of the Miyako to see if our wintering birds were still around. 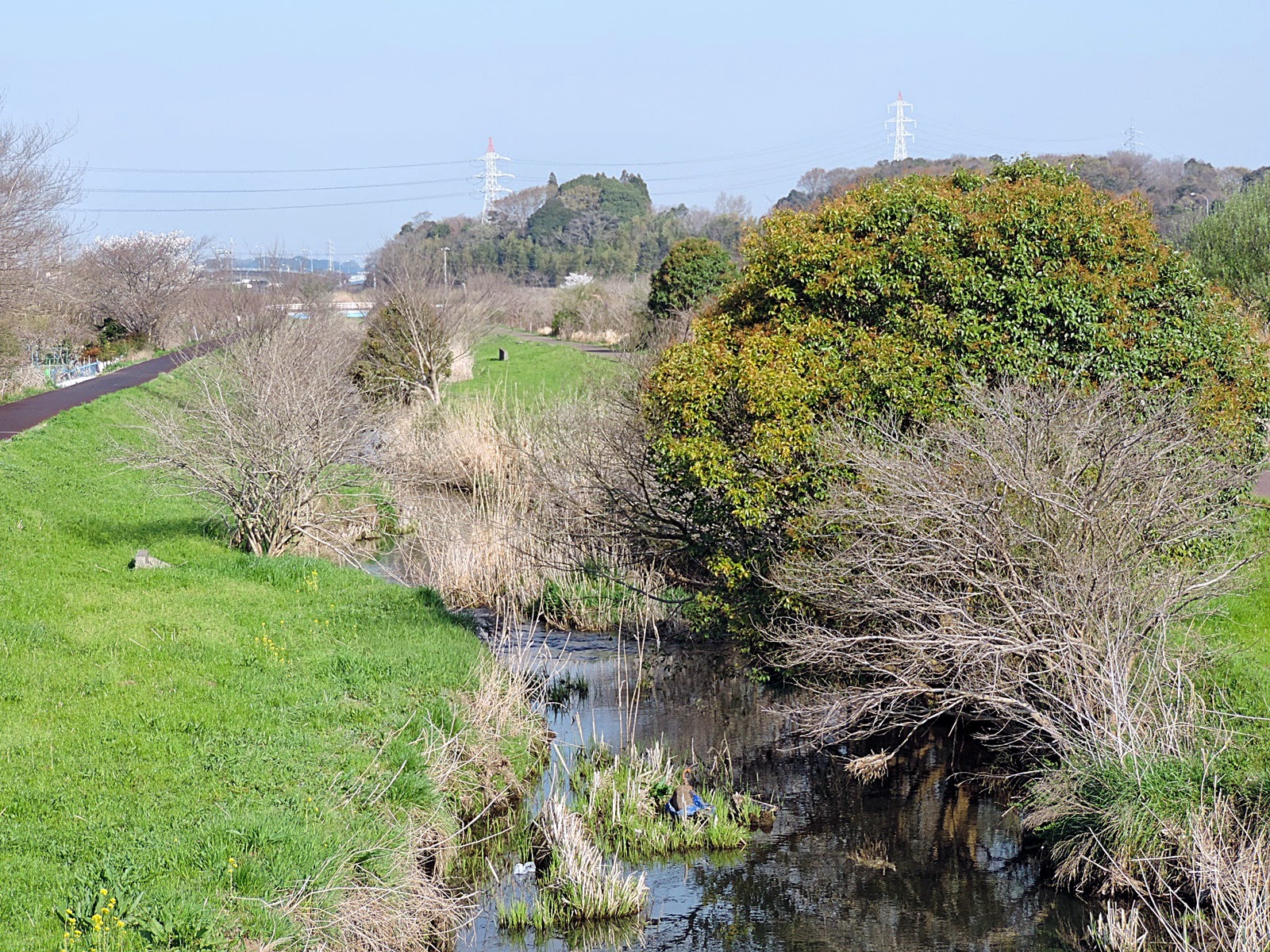 There were quite a few Black-faced Buntings (Aojiアオジ) & Dusky Thrushes (Tsugumiツグミ) still calling and foraging by the stream. Probably they will soon leave for the north.

I heard a very familiar call, which I heard every day when living in Wales.
The Great Spotted Woodpecker (Akageraアカゲラ)! 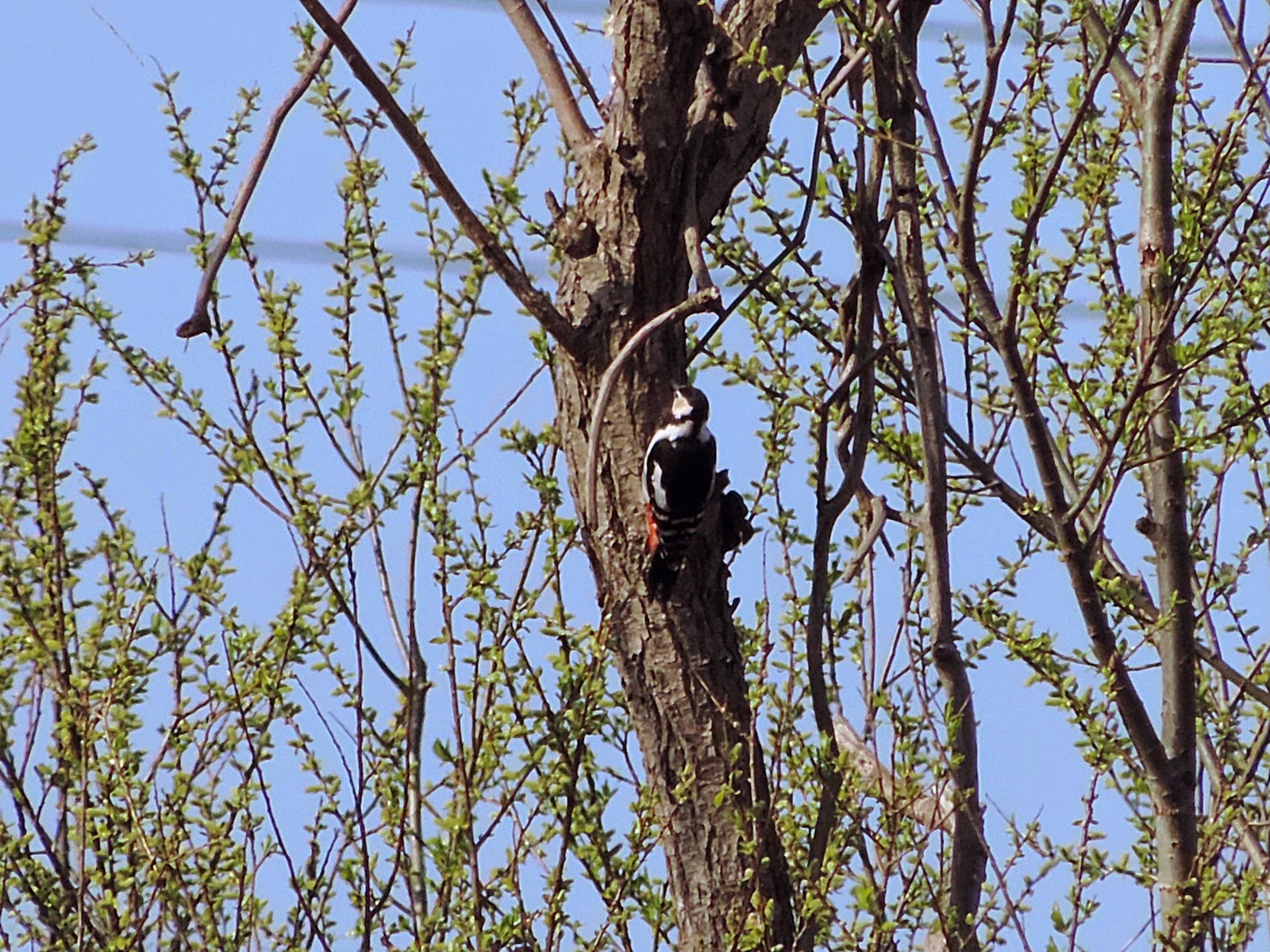 I knew there were some GS woodpeckers wintering in Chiba but I'd never seen or even heard any around where we live since we moved in. So I just presumed they weren't here, which made me think I just heard what I'd have wanted to hear but there she was! 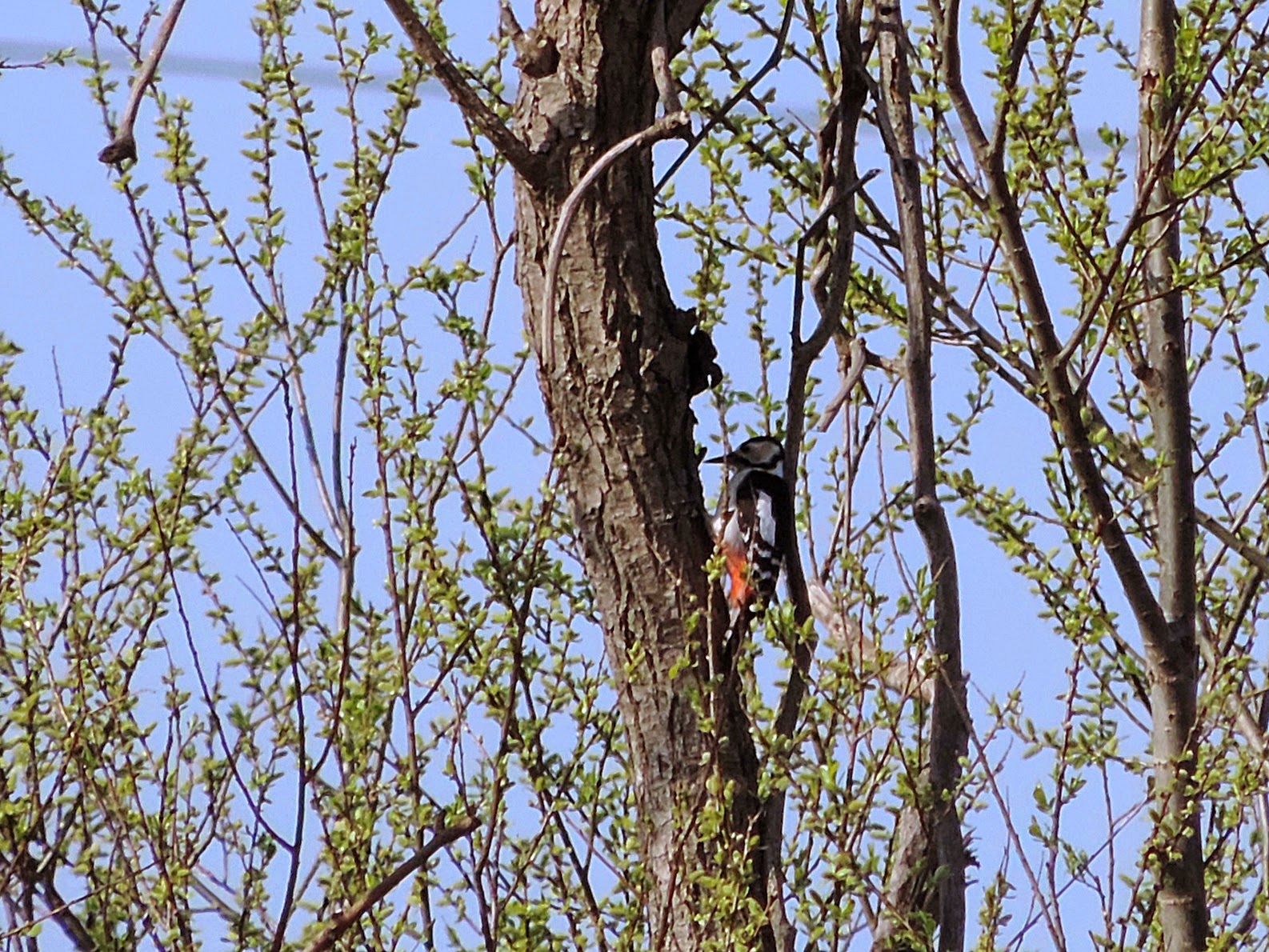 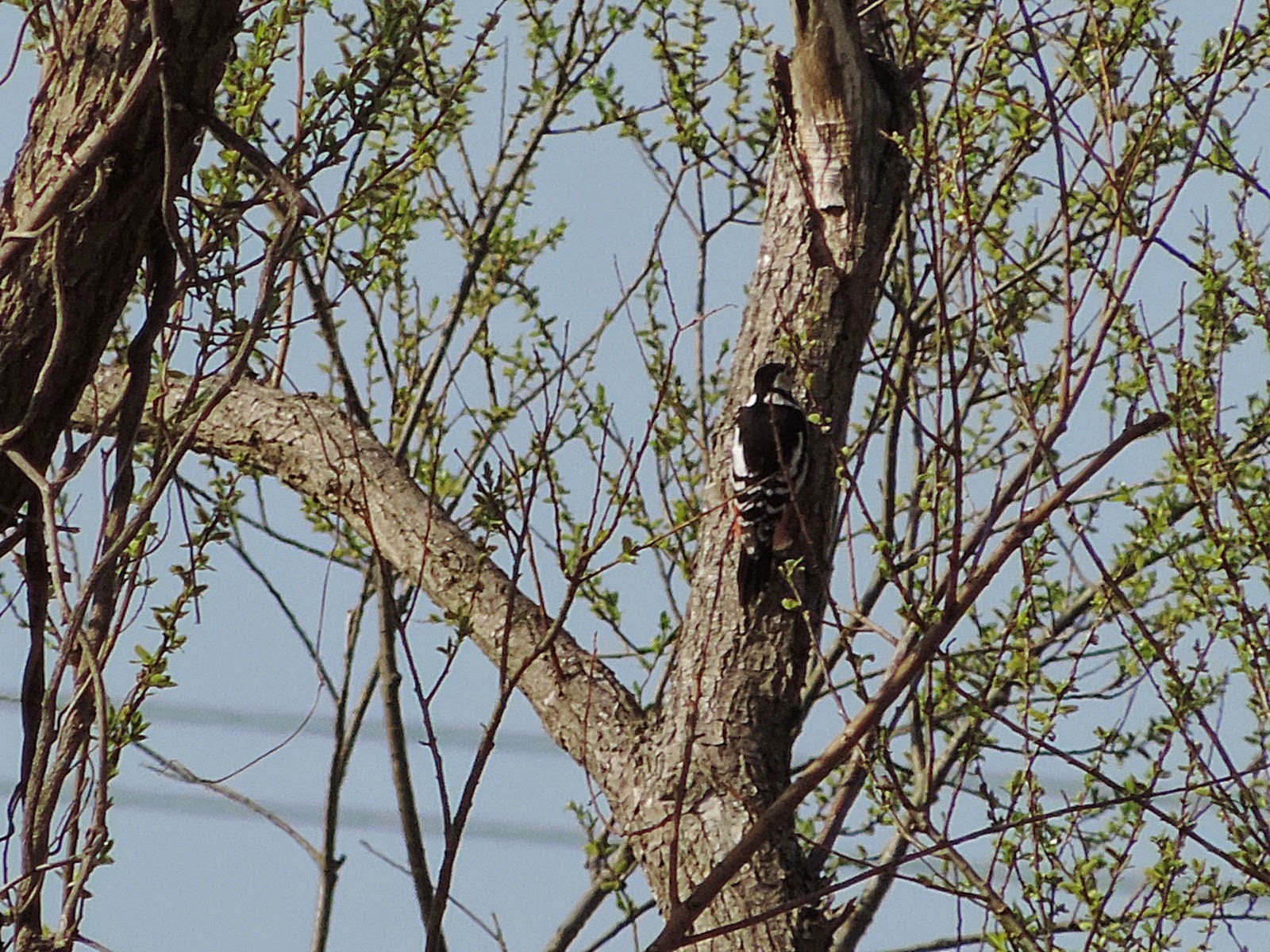 From the bush alongside the stream, a couple of Japanese Green Pheasants (Kijiキジ) were making calls and I found one behind a bush. 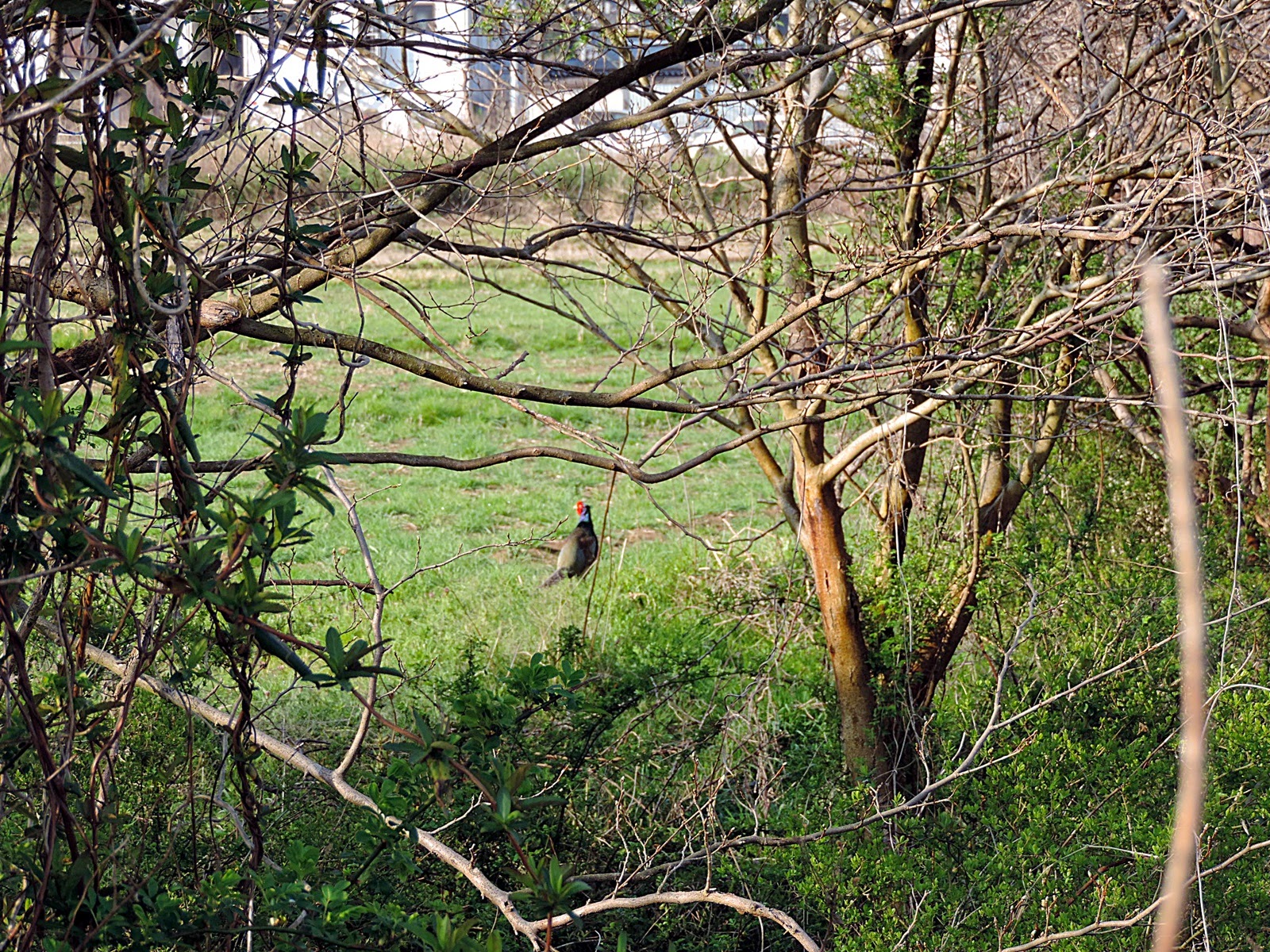 He made a call, and at the same time beat his wings vigorously - like a courtship dance? 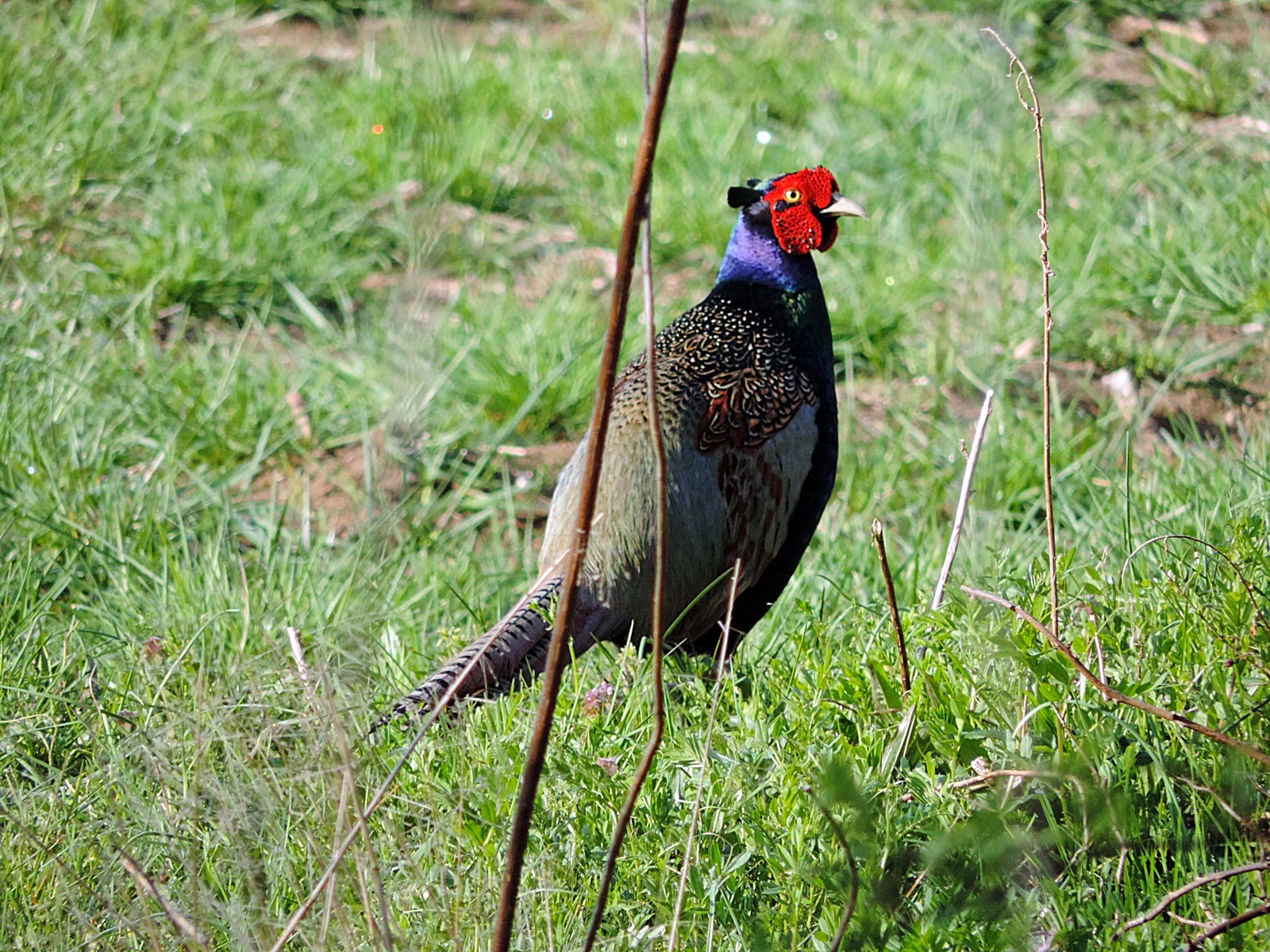 It's hard to see in the pic but his plumage is different from the Ring-necked Pheasants I used to see in the UK, more greenish and no ring around his neck.

In a paddie field, which seemd to have been turned over recently, a lone Little Ringed Plover (Kochidoriコチドリ) was foraging. 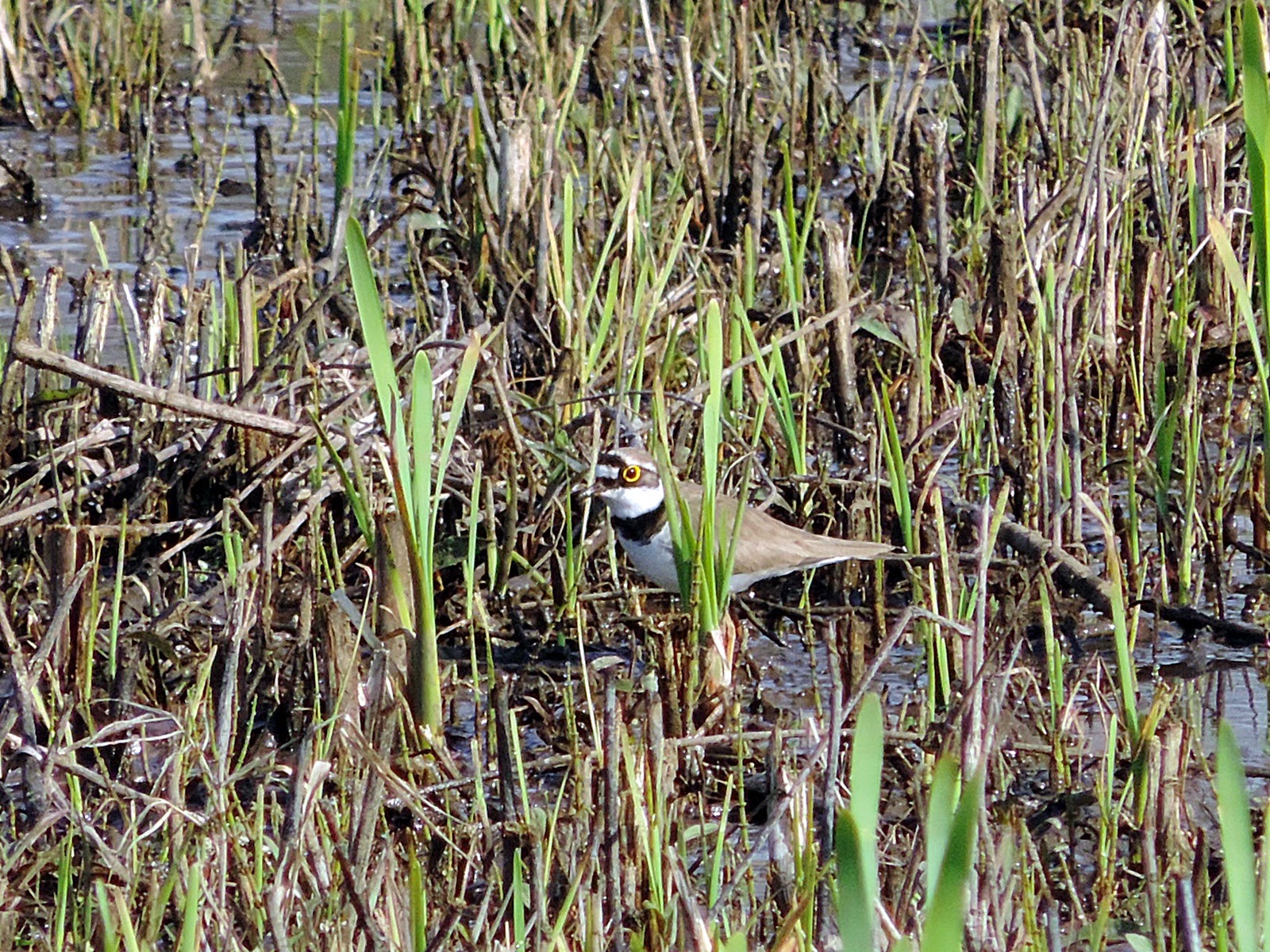 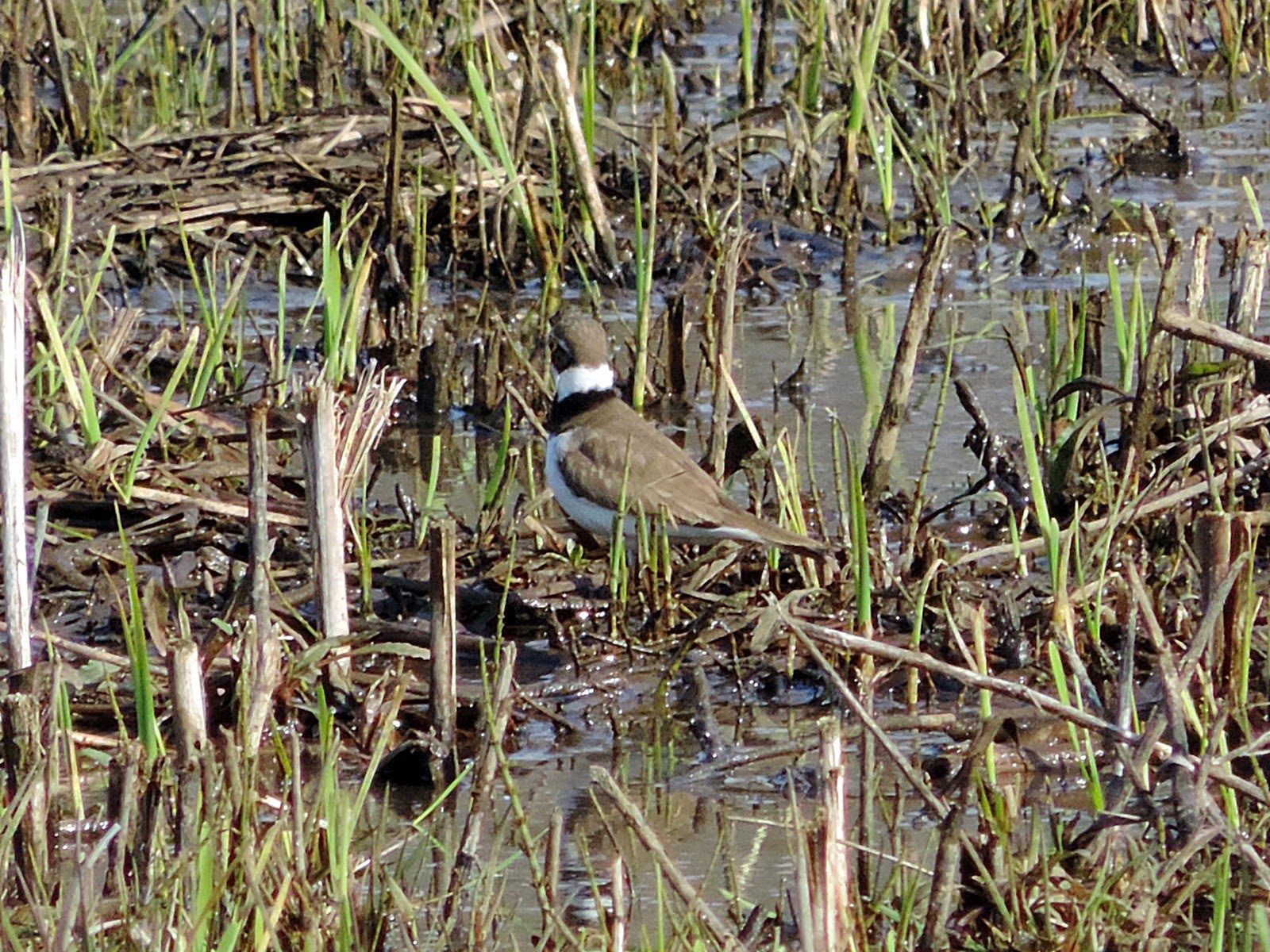 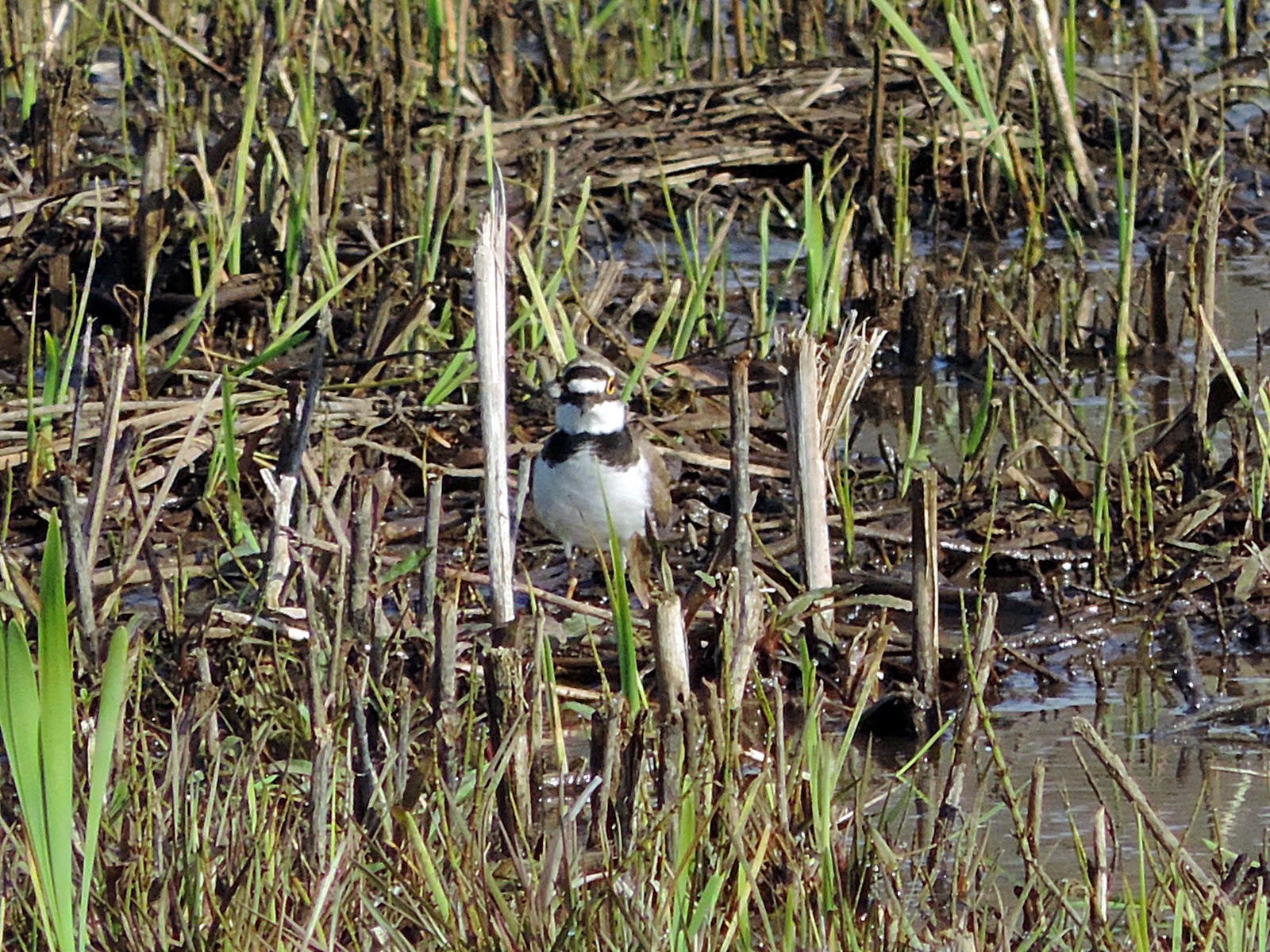 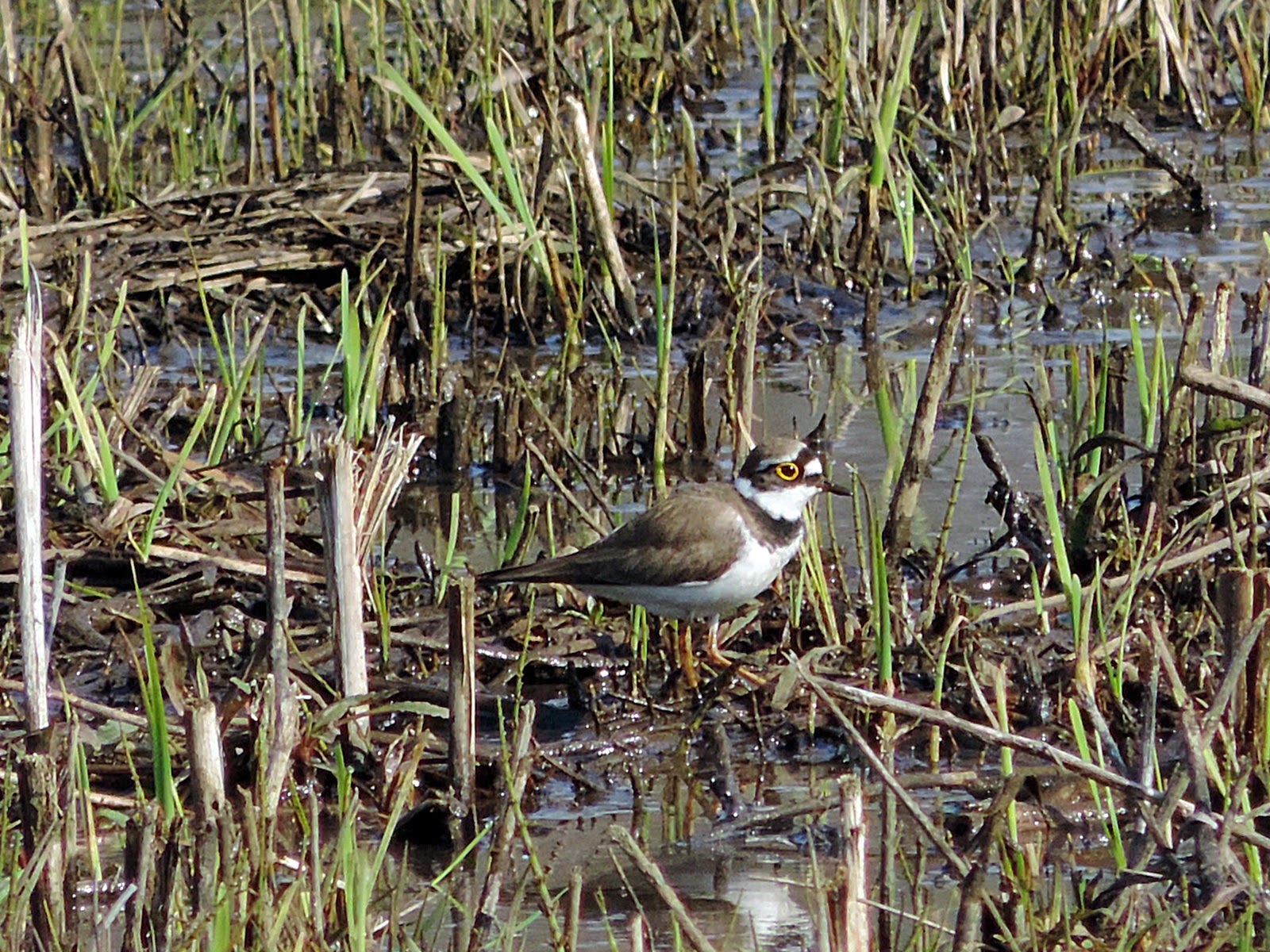 Many birds were busy singing including
a male Meadow Bunting (Hoojiroホオジロ) 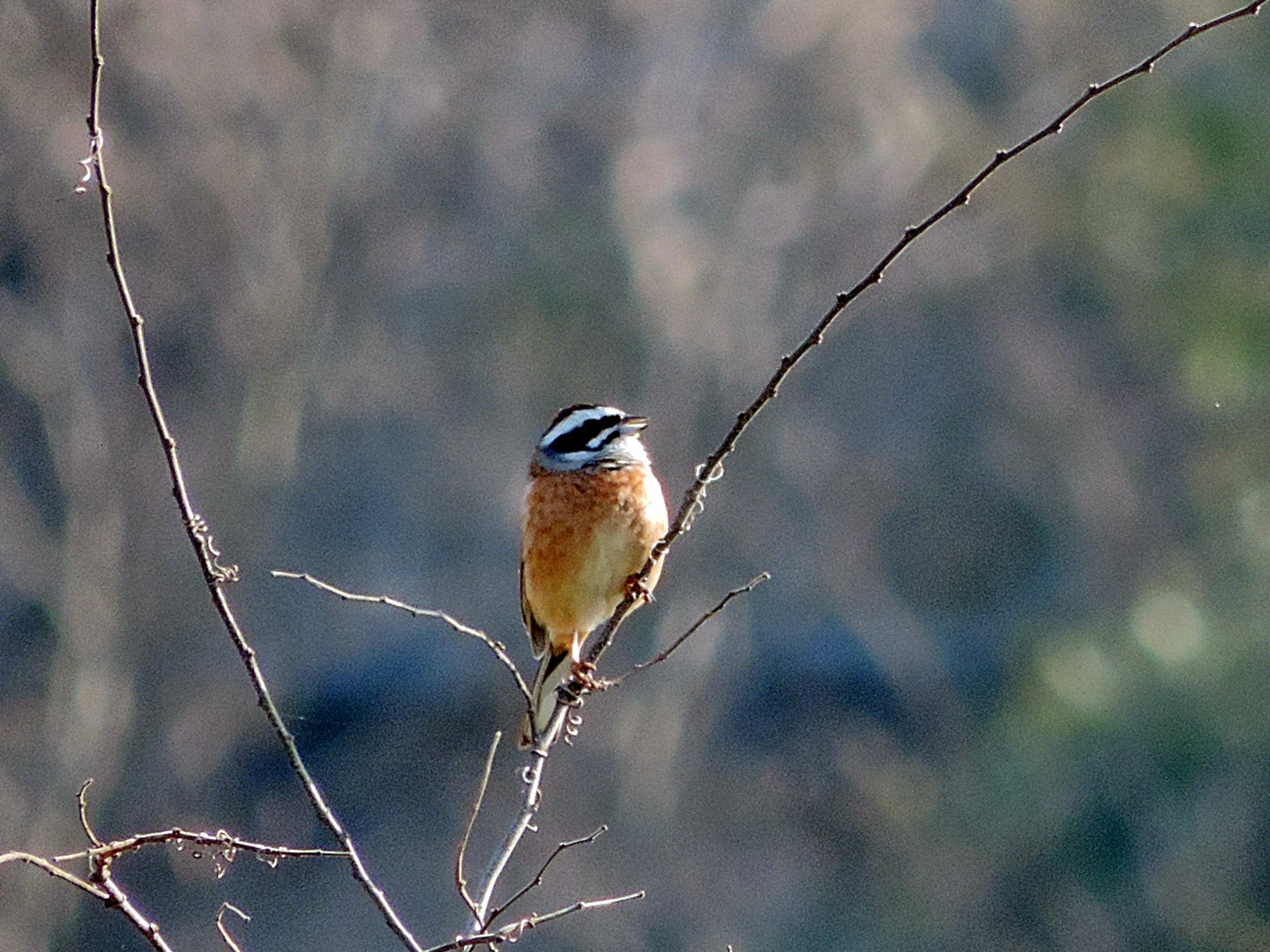 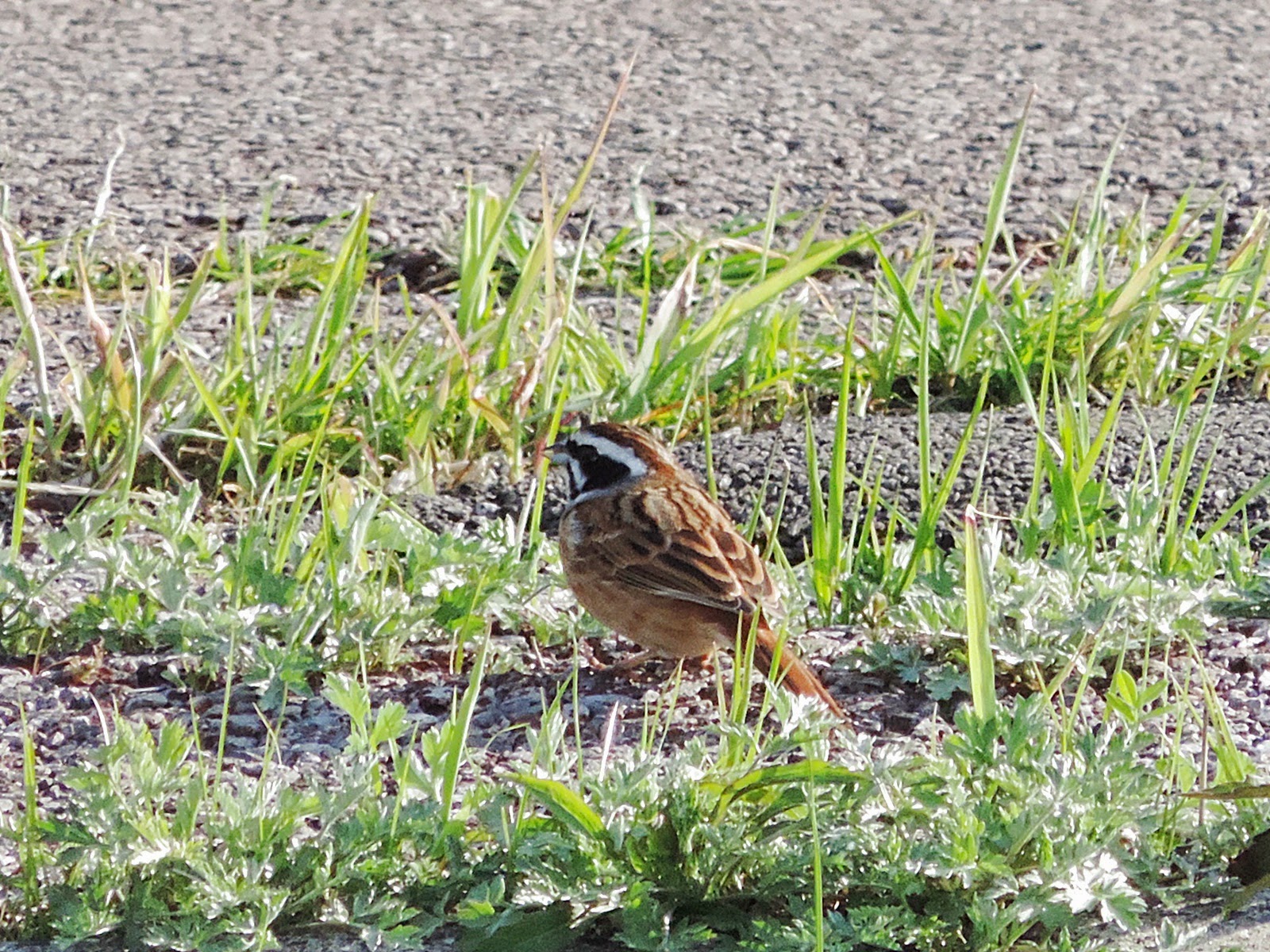 a male Brown-headed Shrike mimicking many other birds - I was tricked! 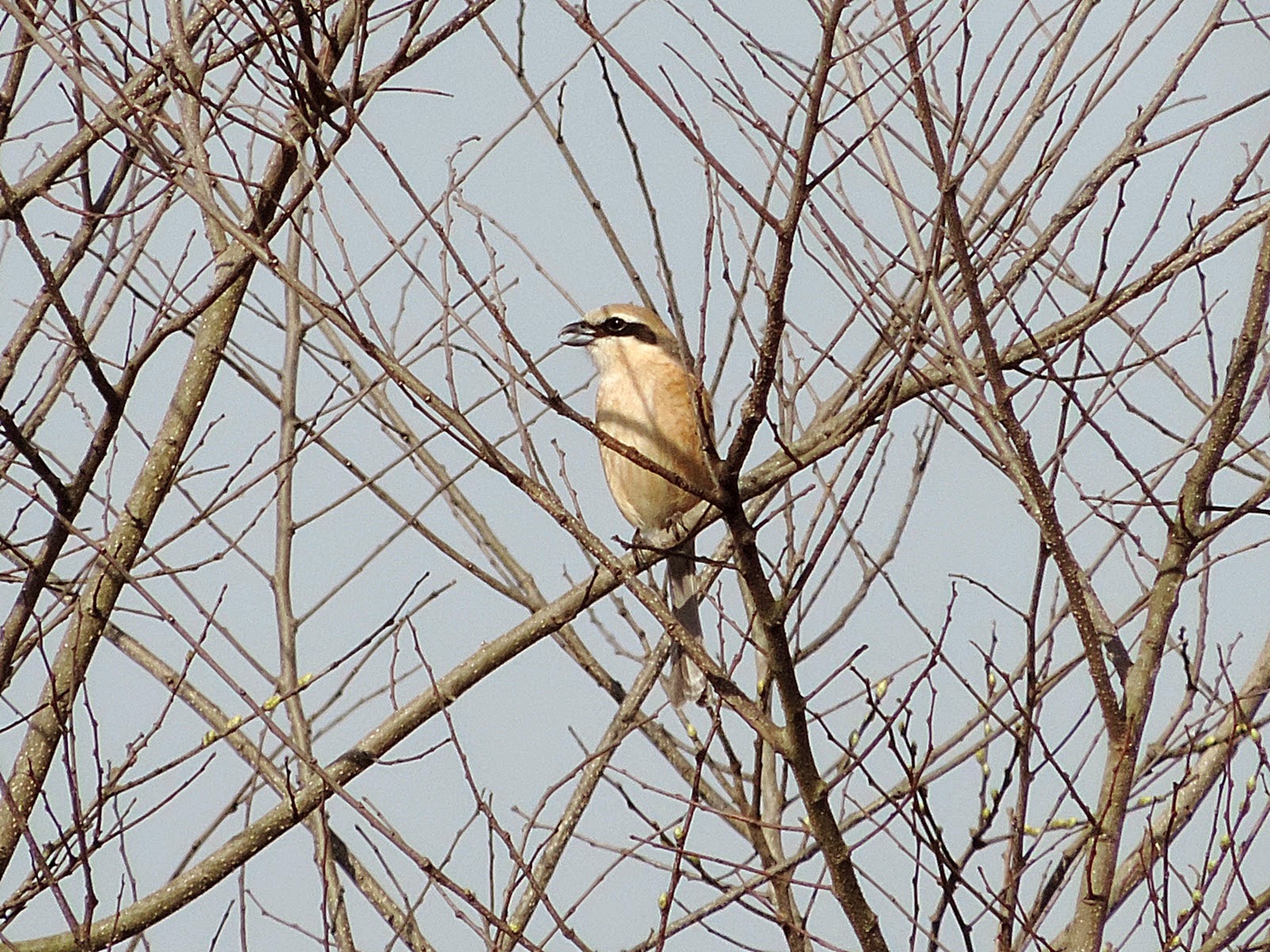 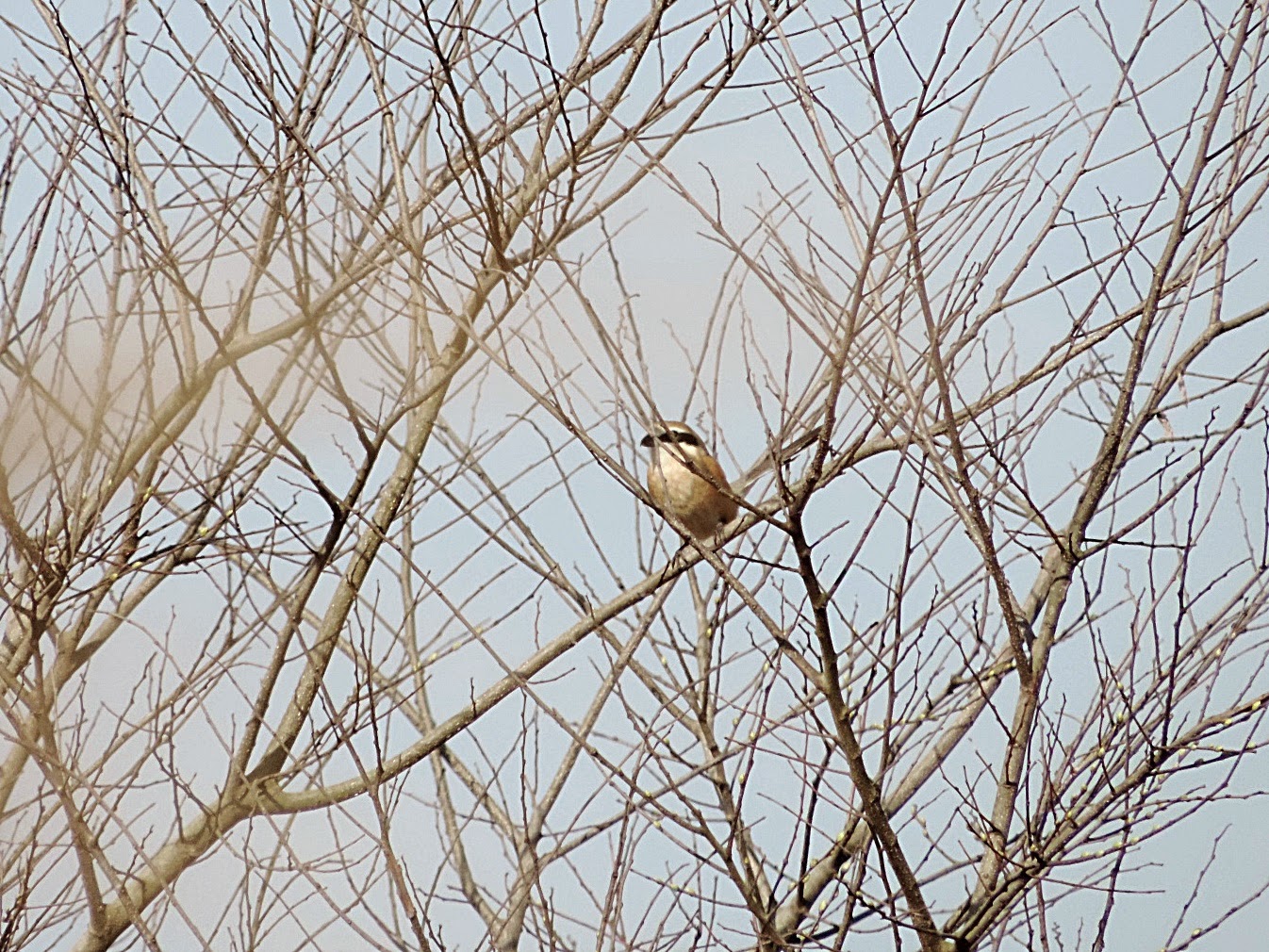 a very pleasant & successful walk in the early morning:) 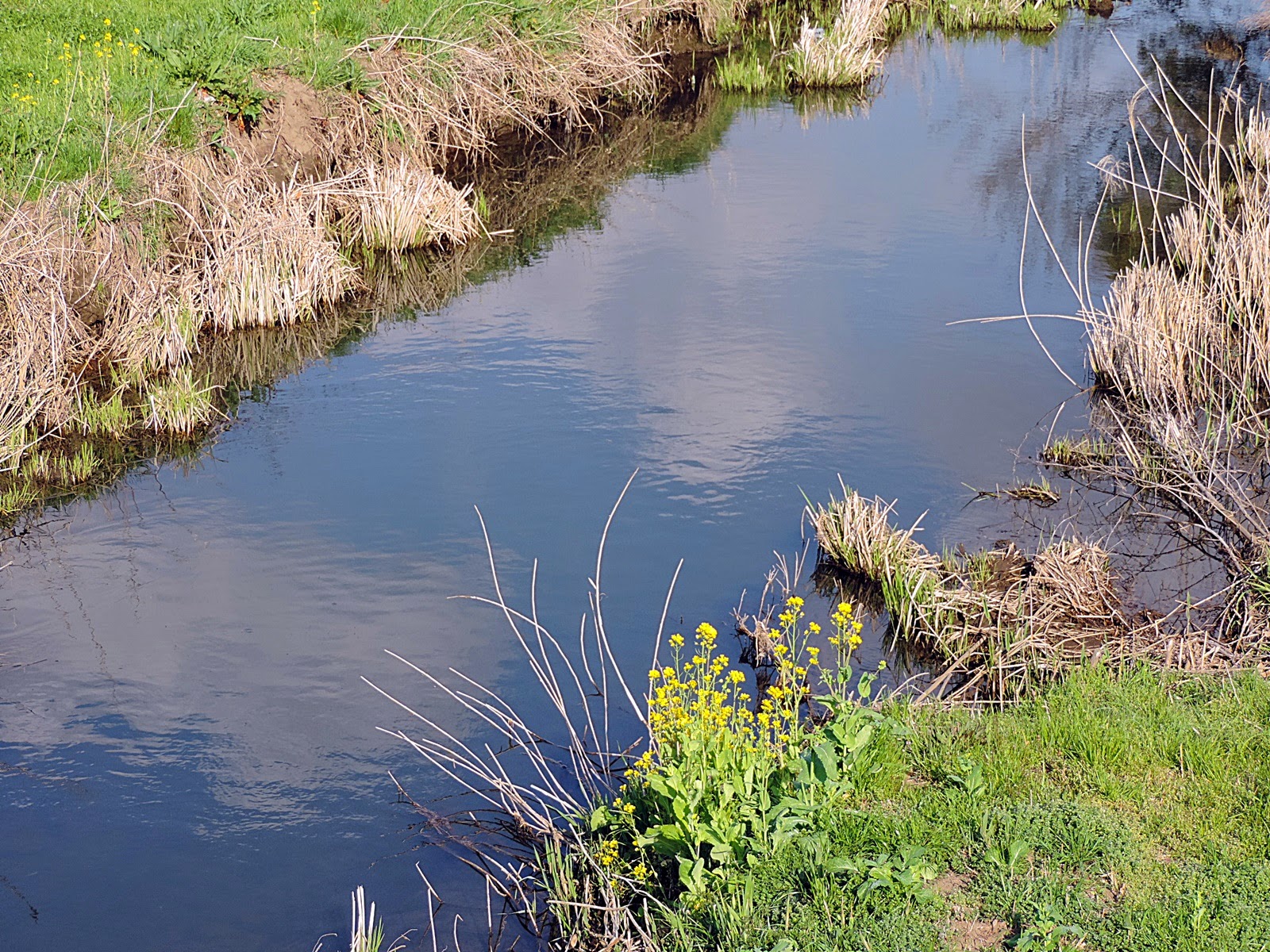 many carp in the water 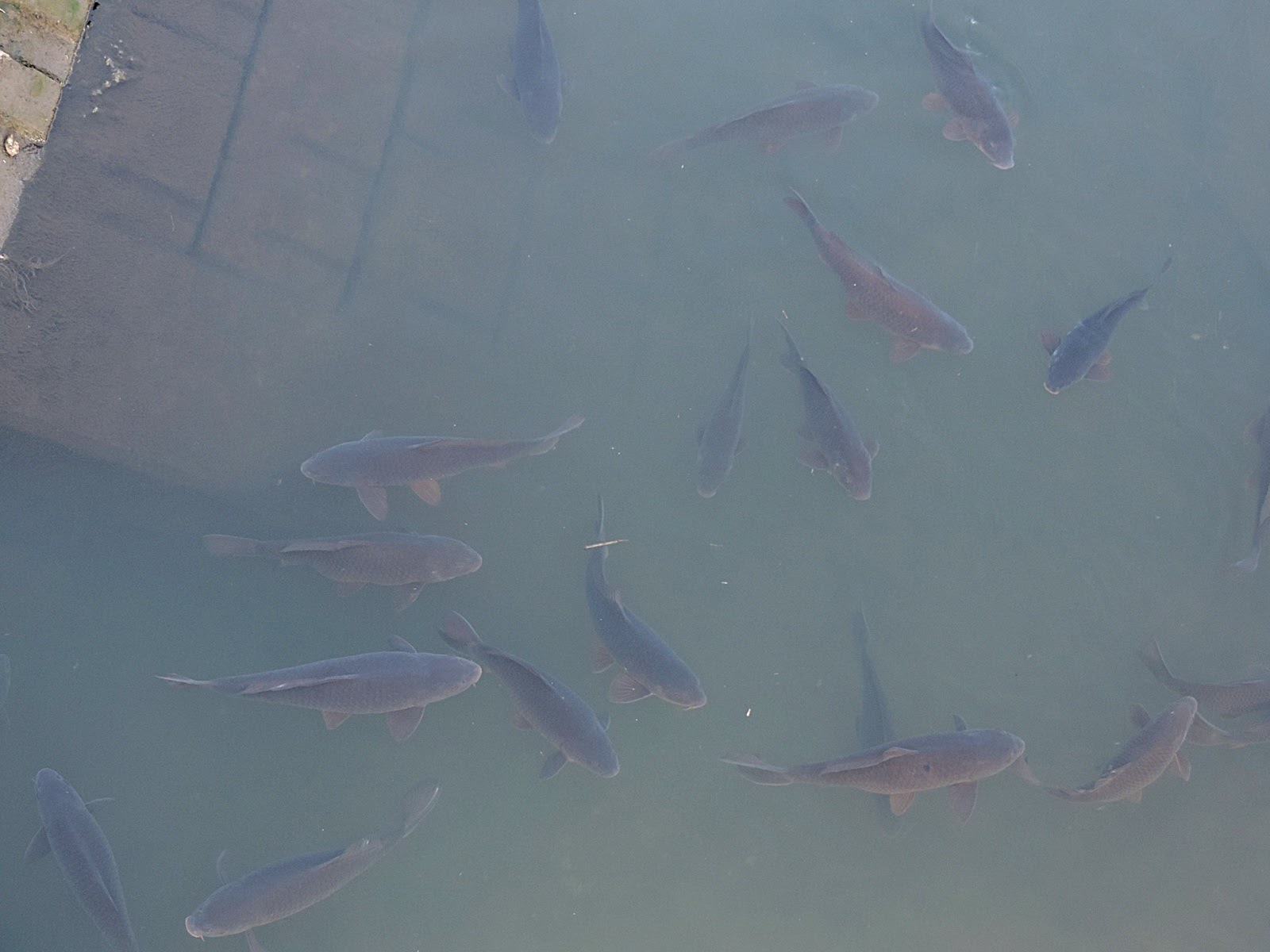