We were picked up by our guide Ko-san in Taipei and driven to Wulai, which is about an hour from Taipei-city by car on a very windy road ( & many drivers overtook us even on a bend!!) in the evening. 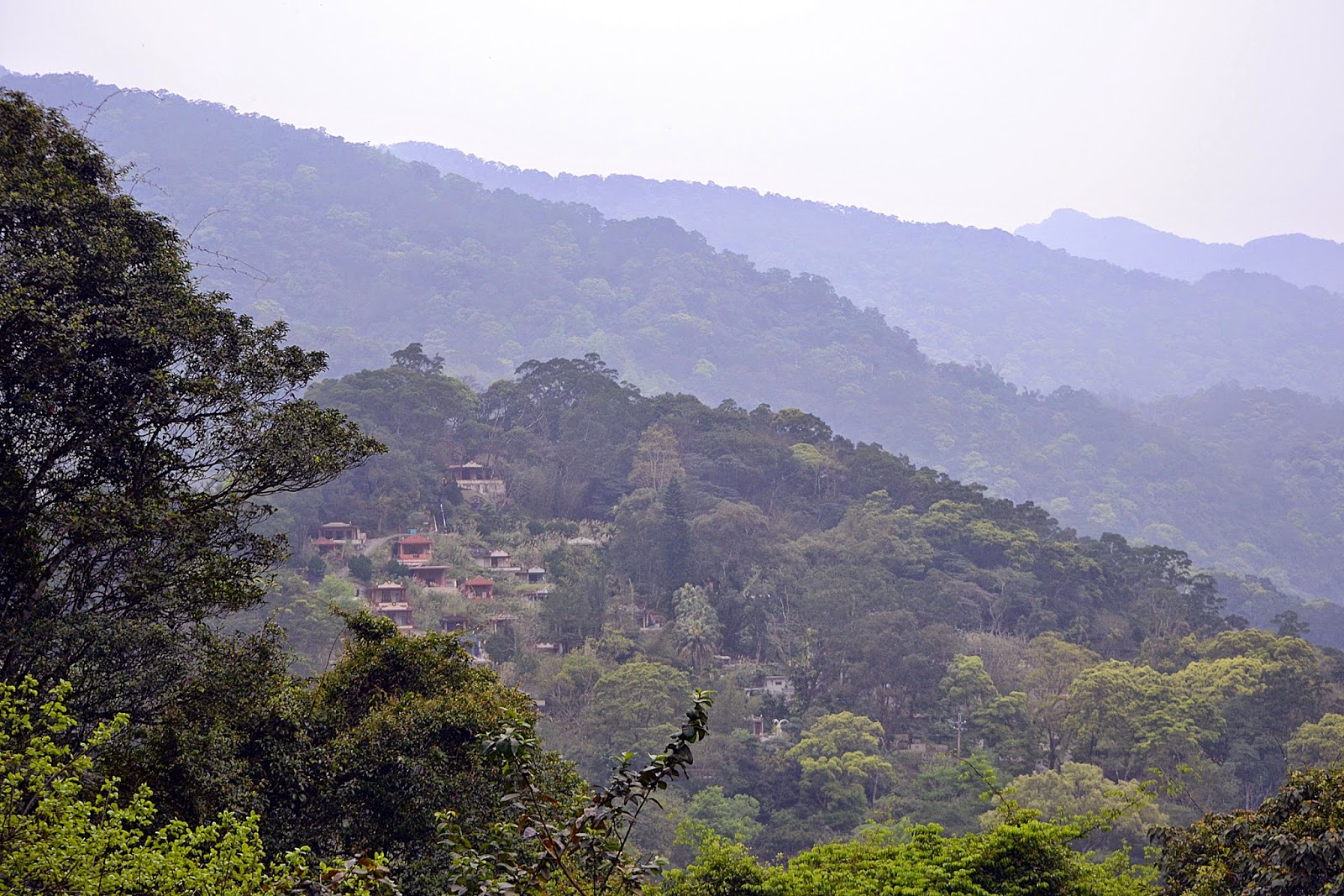 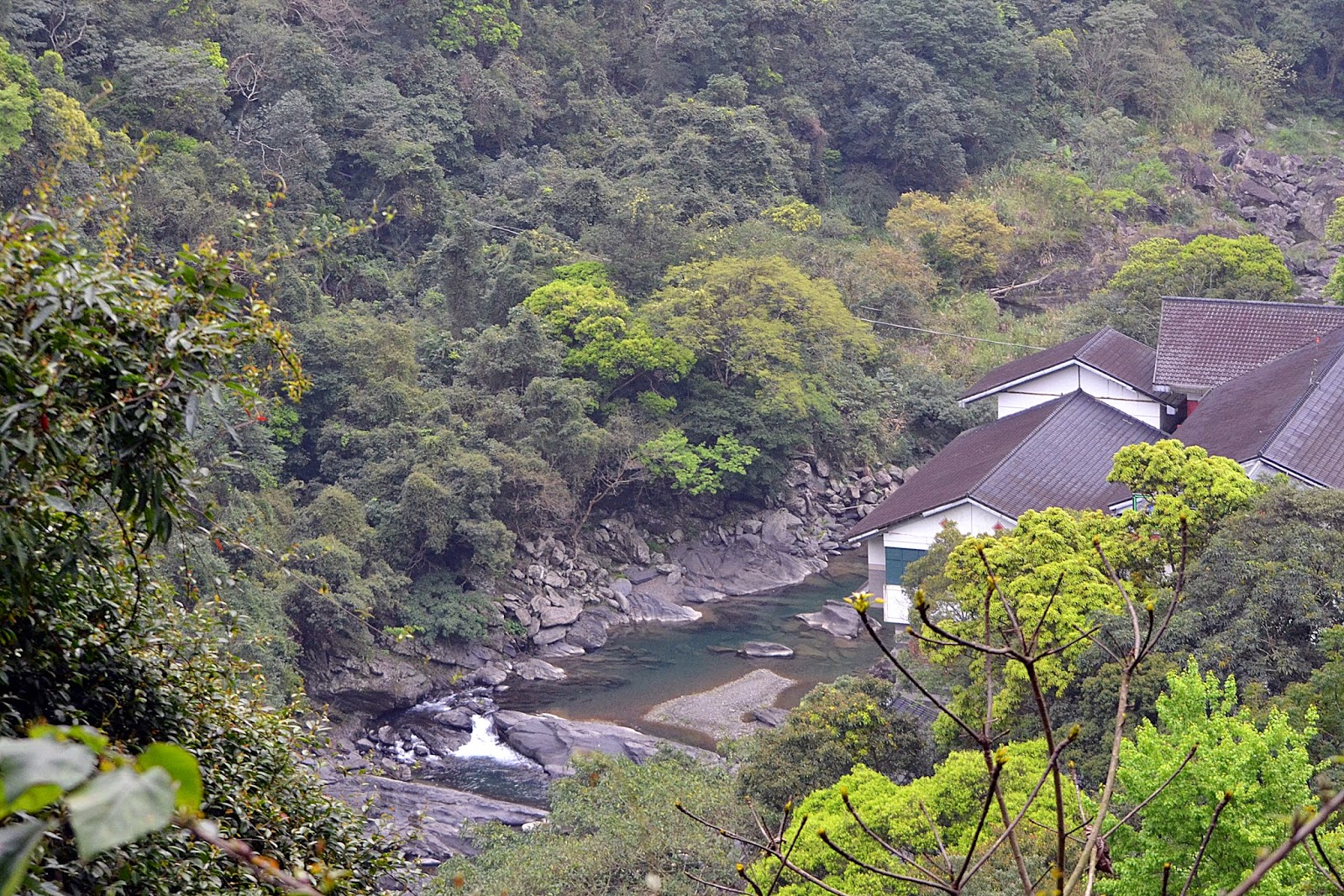 From our hotel room by the river, →→→
we heard bird songs well before the dawn. I had no idea but we found out who were singing later on:)

One of them was a Taiwan Whistling Thrush (Rurichoルリチョウ) who was busy singing very early in the morning! 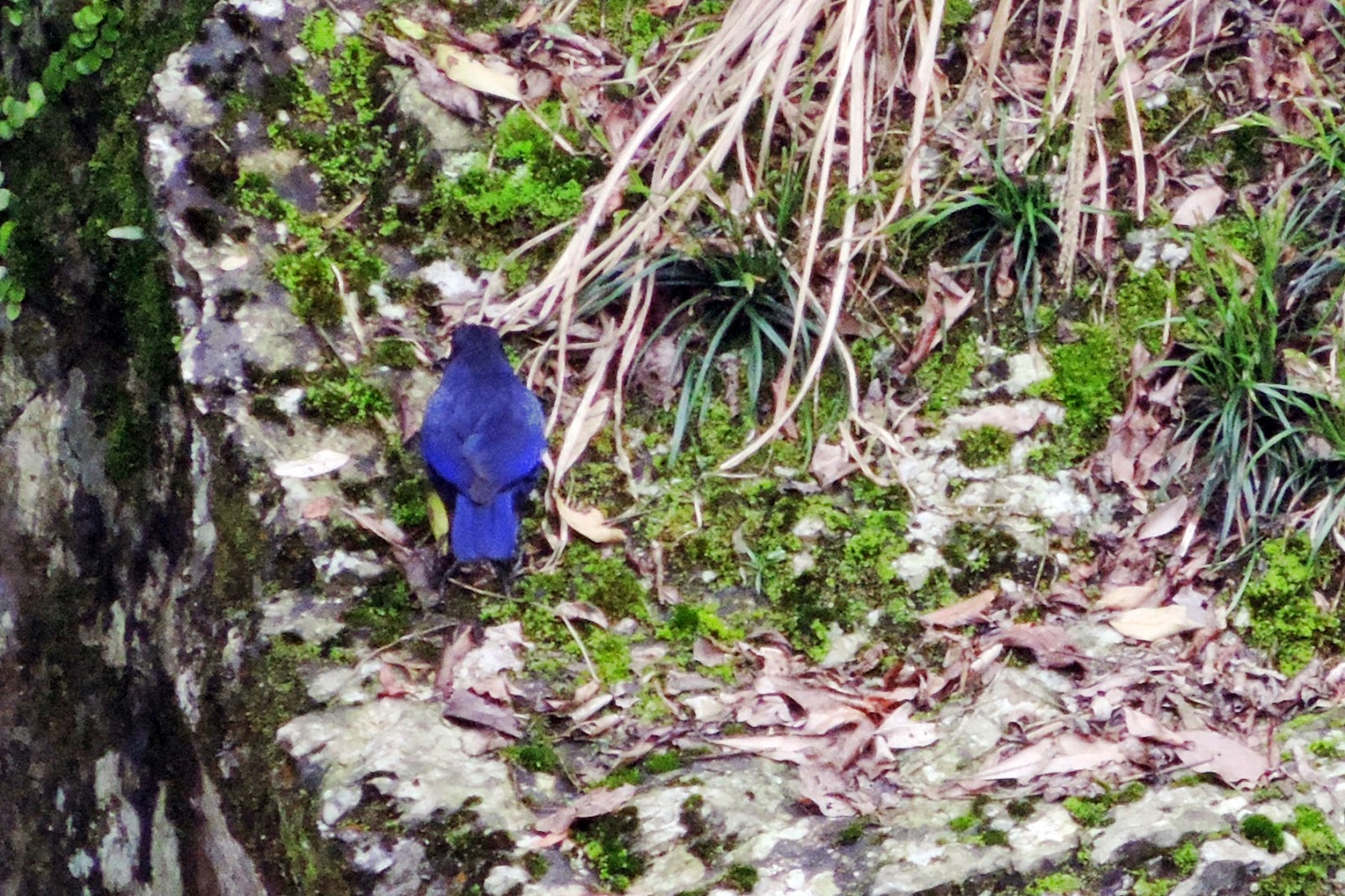 They are associated with rivers and streams and this one was at least 30m down in the gorge but still looked stunning. 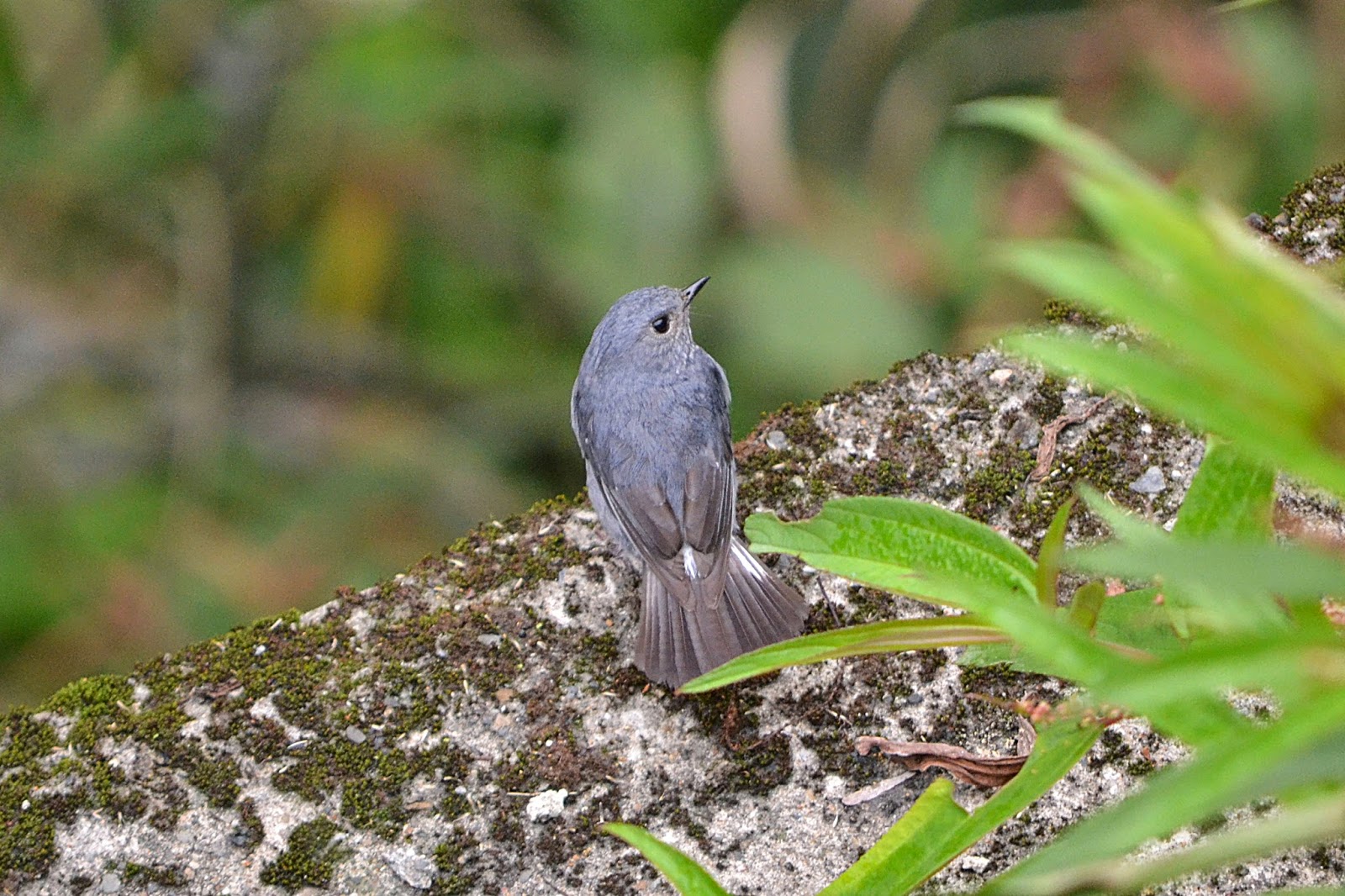 a male was further down... 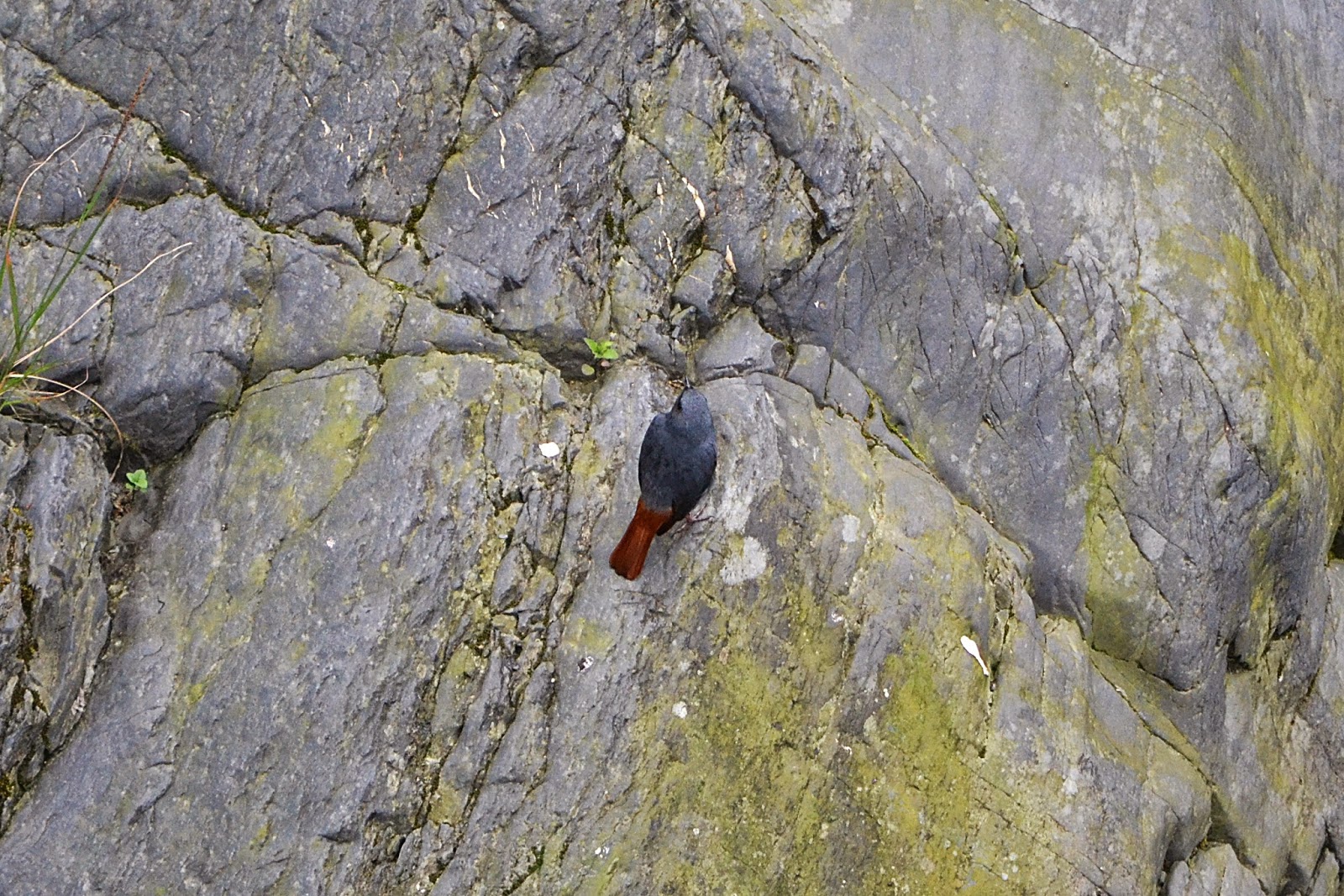 They are also found near water and we found many later on.

Black Bulbuls (Kurohiyodoriクロヒヨドリ) are very common in Wulai (and other areas). 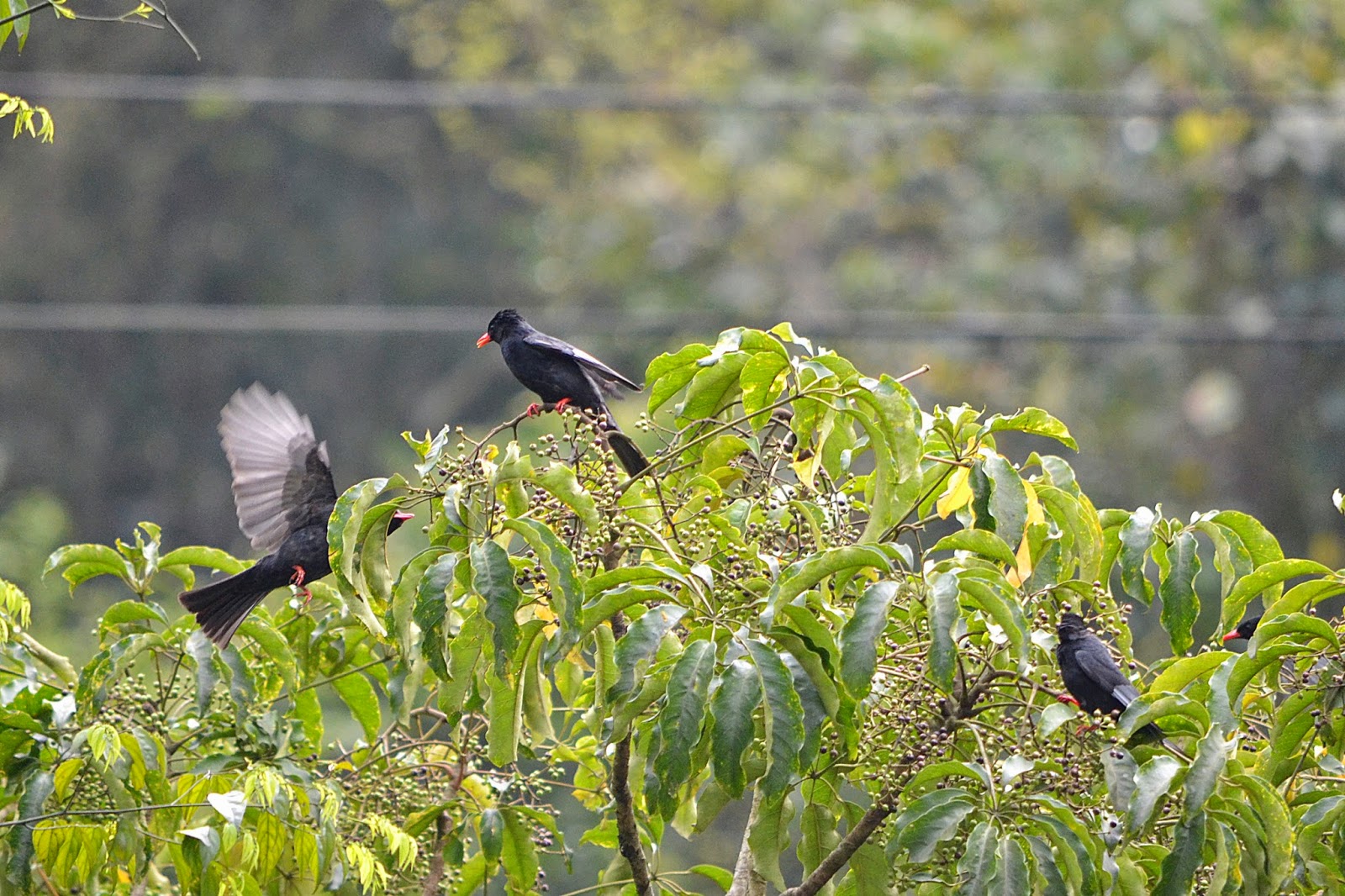 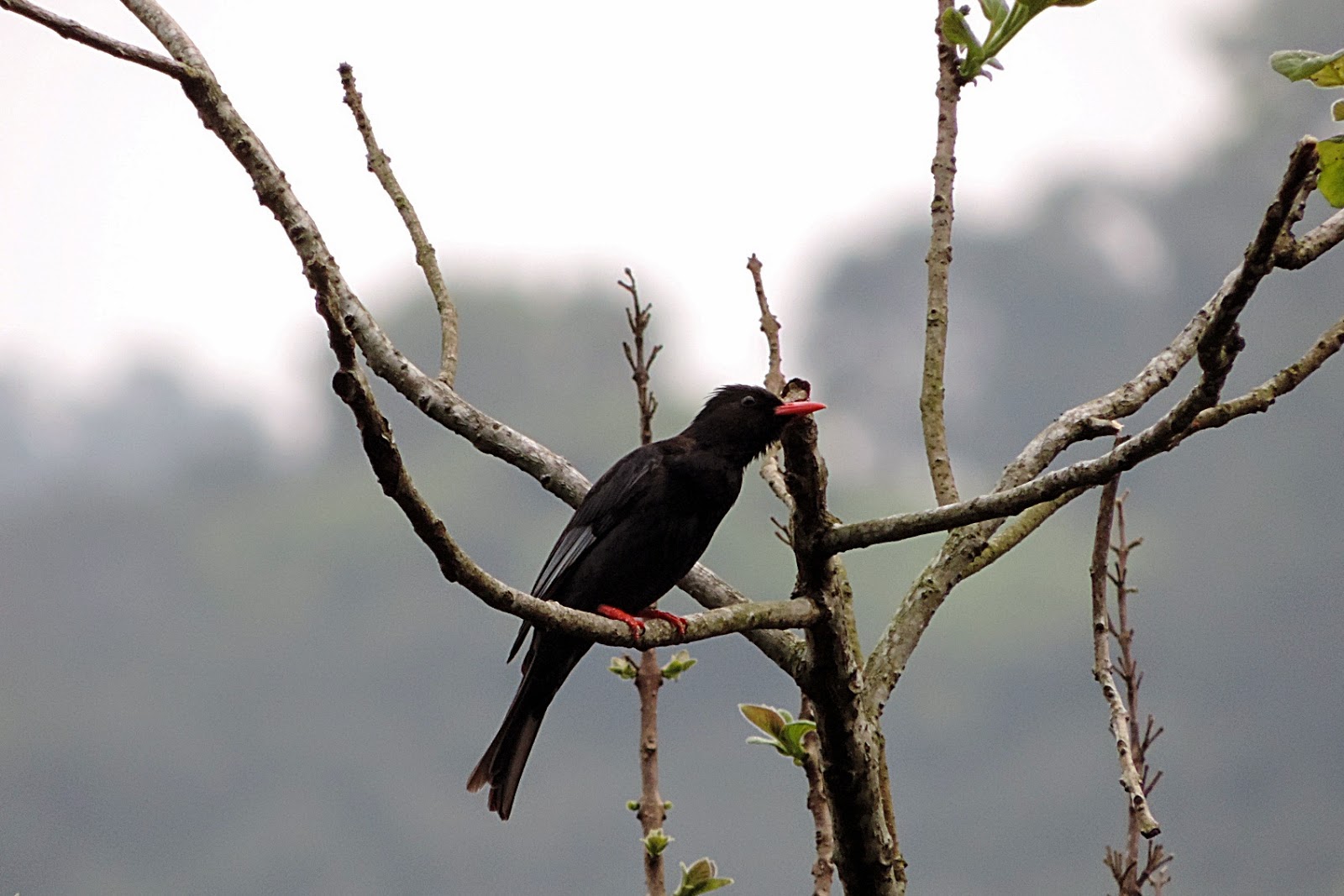 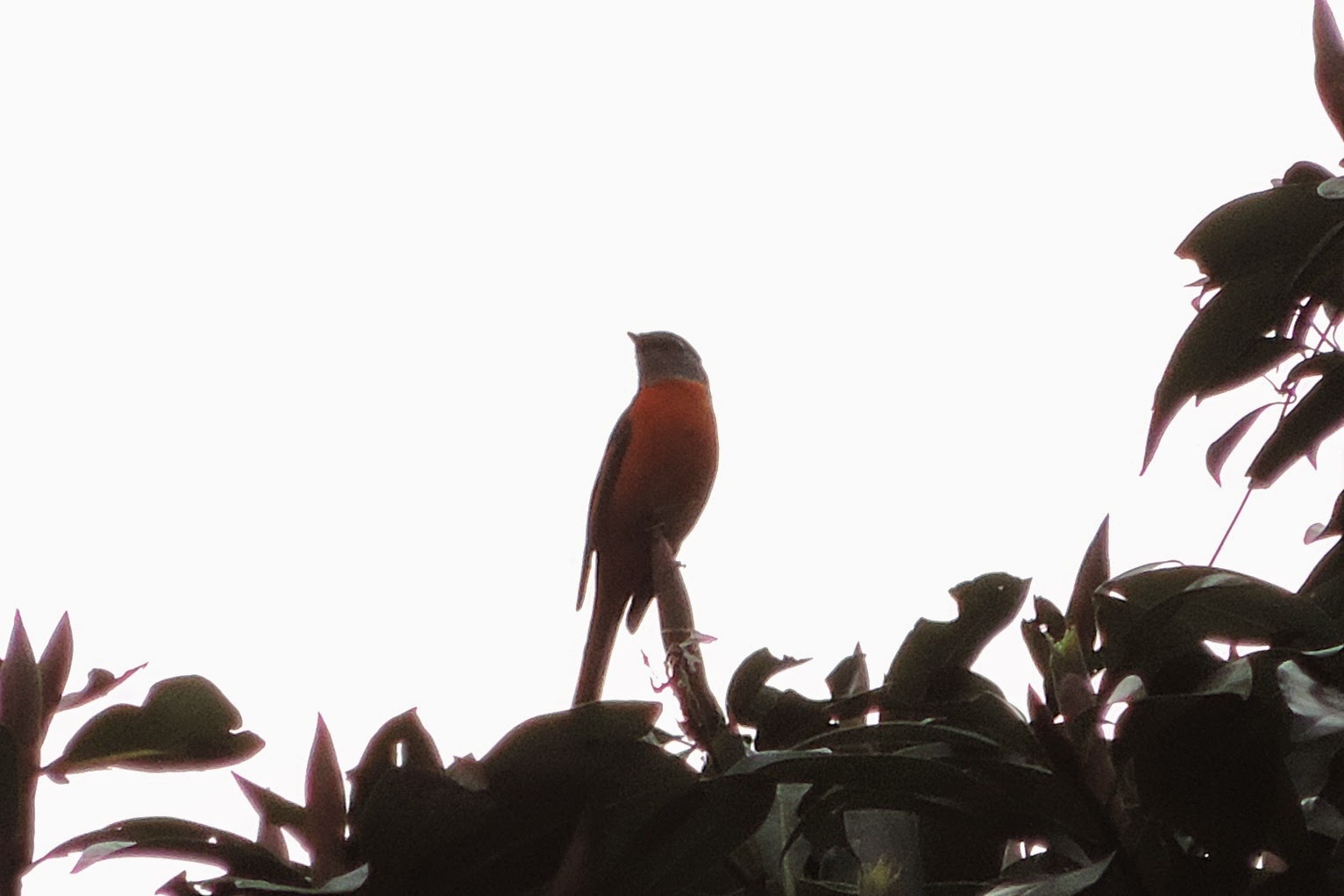 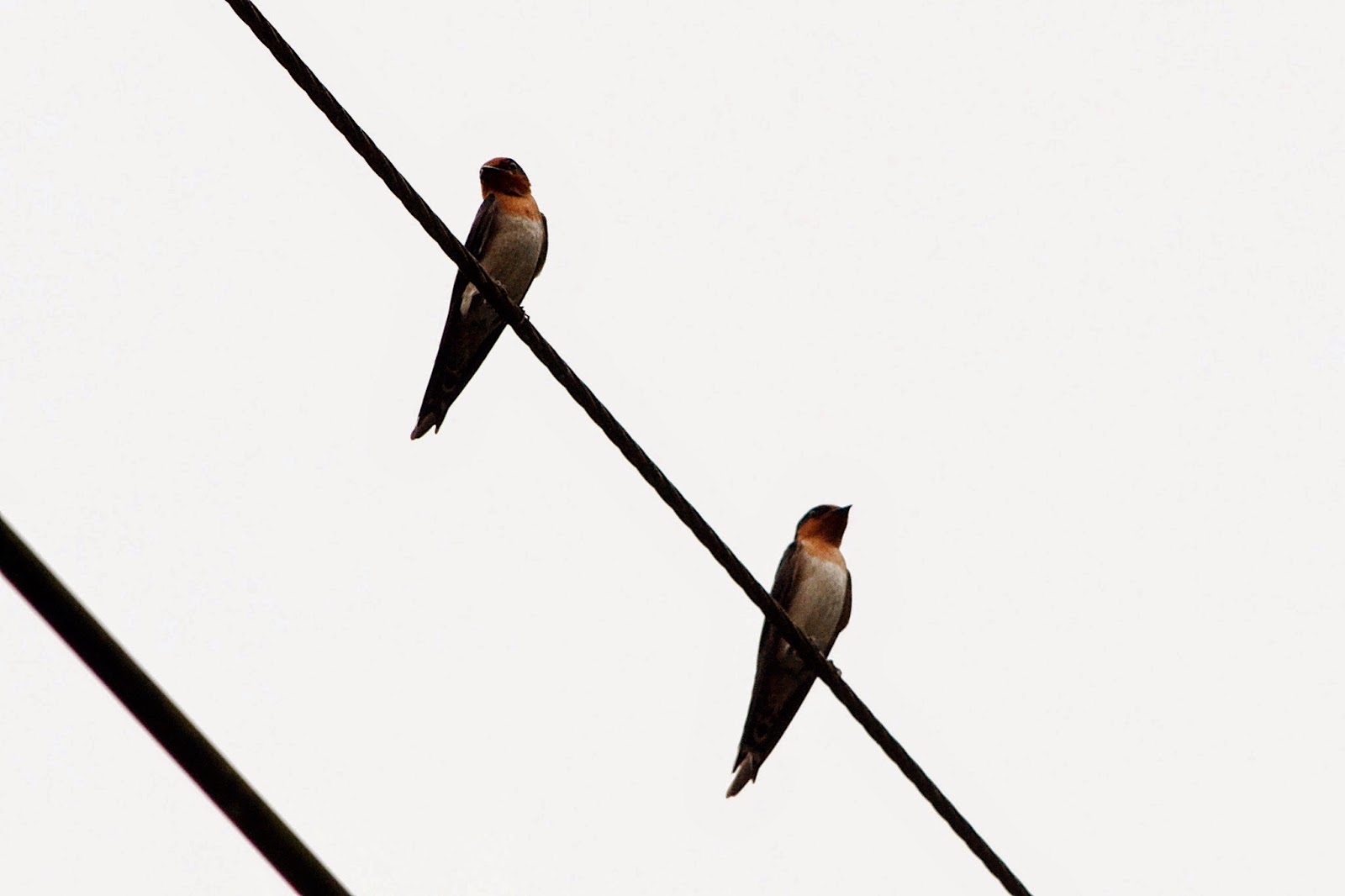 The misty valley in the morning 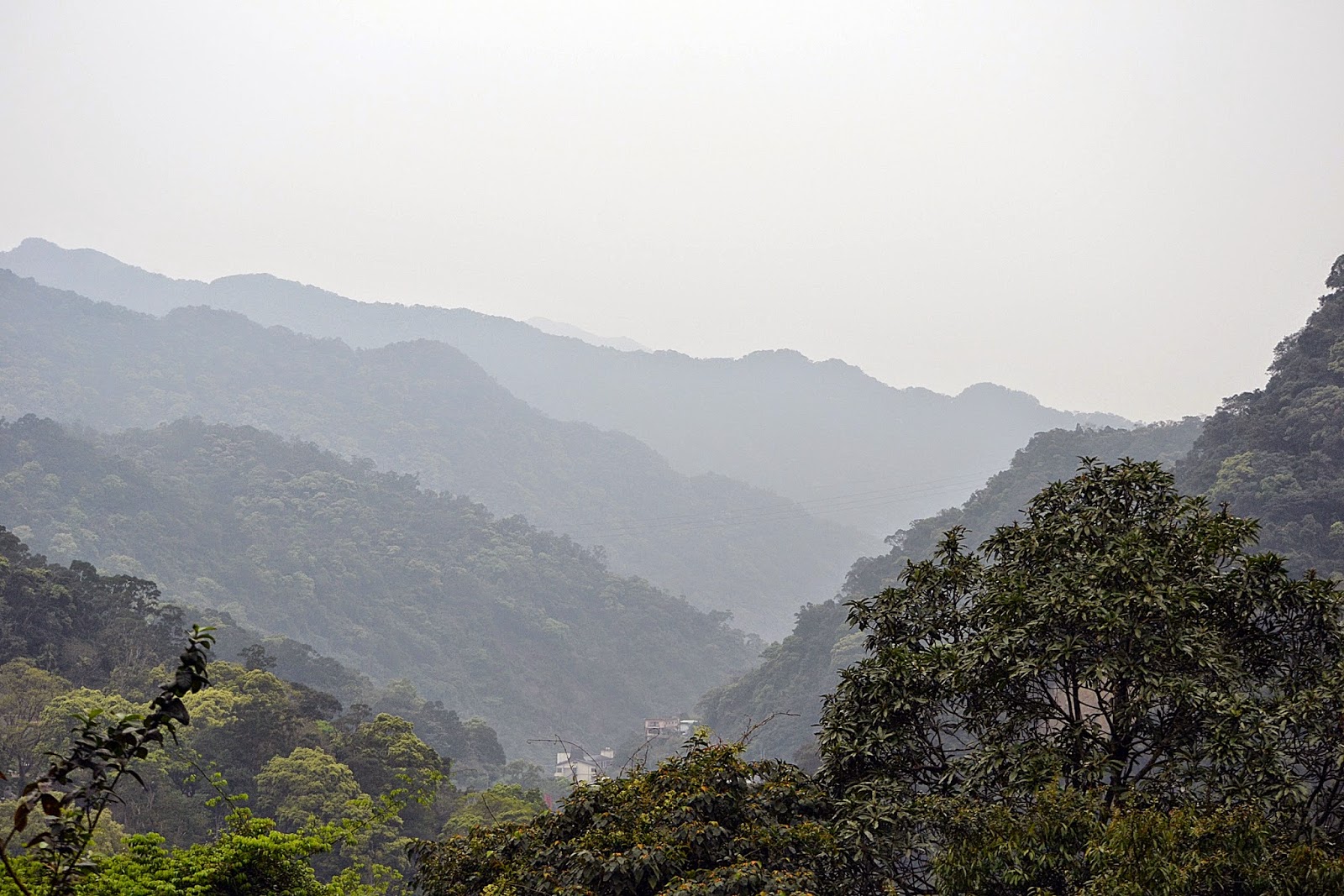 A friendly dog wanted to have fun with us. 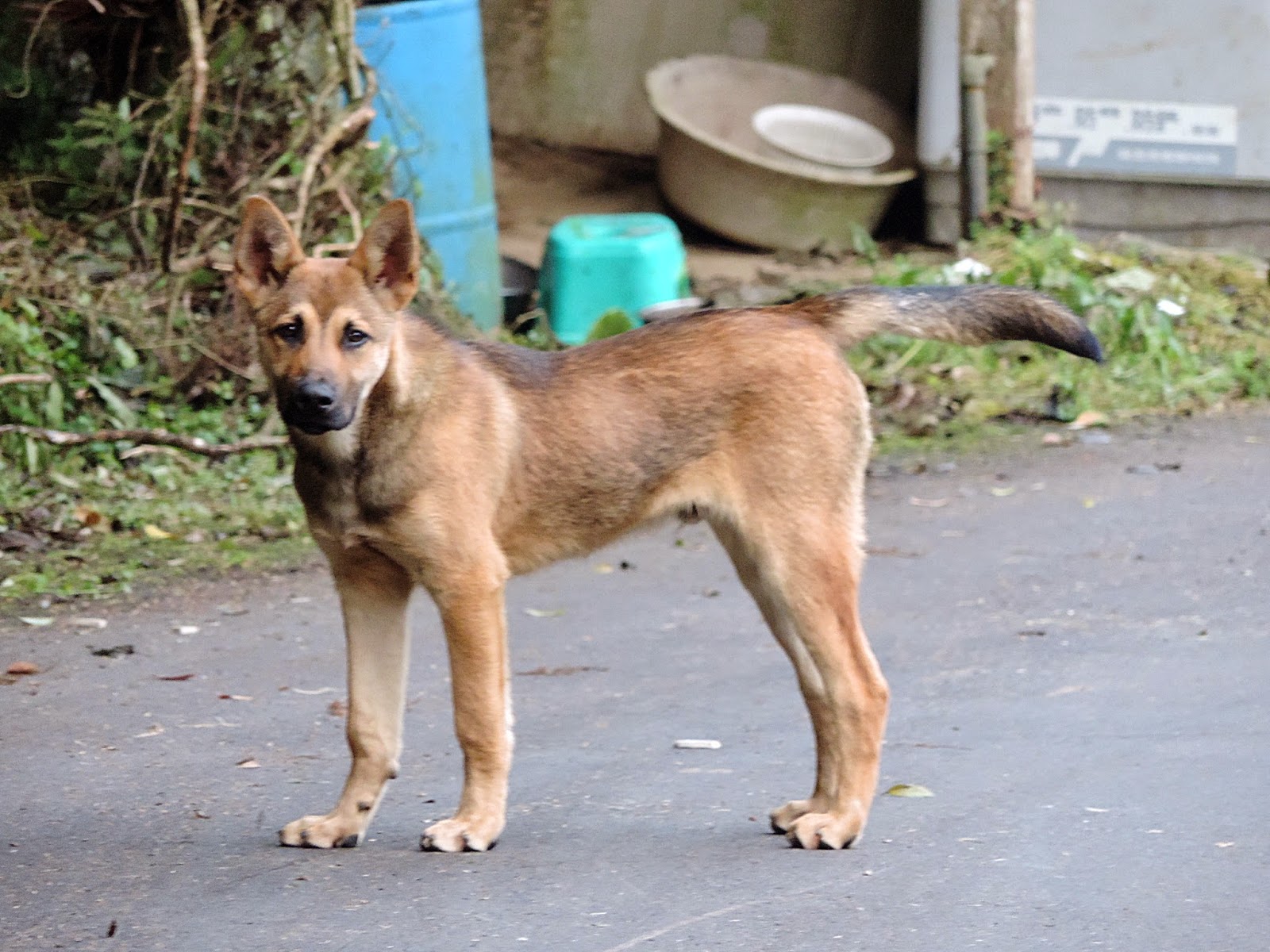 We watched birds in Wulai only in the morning but the number of the species we saw/heard was amazing, thanks to our excellent guide, Ko-san.