Birding in Taiwan I

It's a 'birding in Japan' blog but I'll update our birding trip in Taiwan here anyway:)

Our first new birds - A male Oriental Magpie-robin (Shikichohシキチョウ) was singing beautifully on the top of a tree in 228 Memorial Peace Park(二二八和平公園). 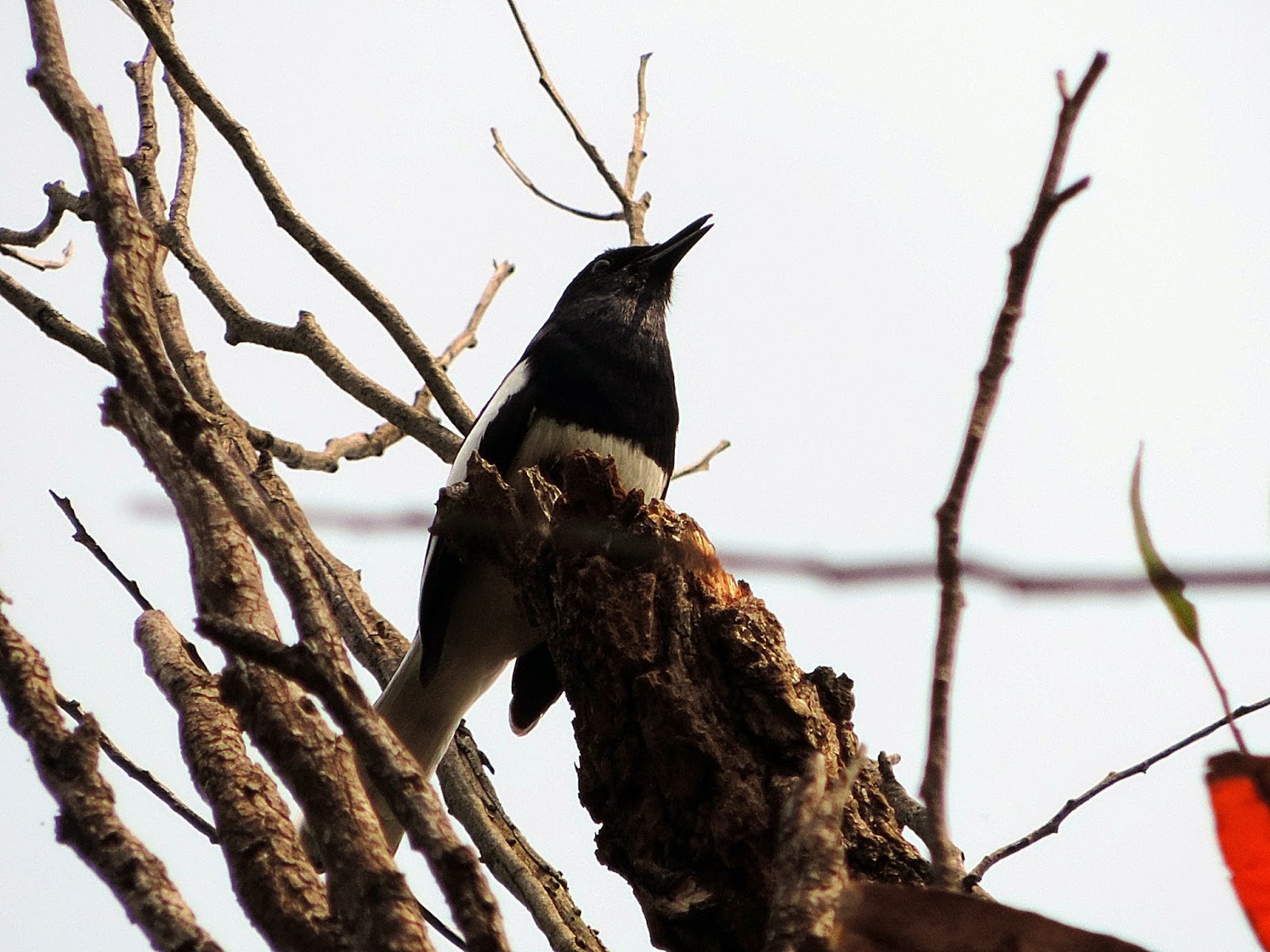 There was a female just a few yards away. 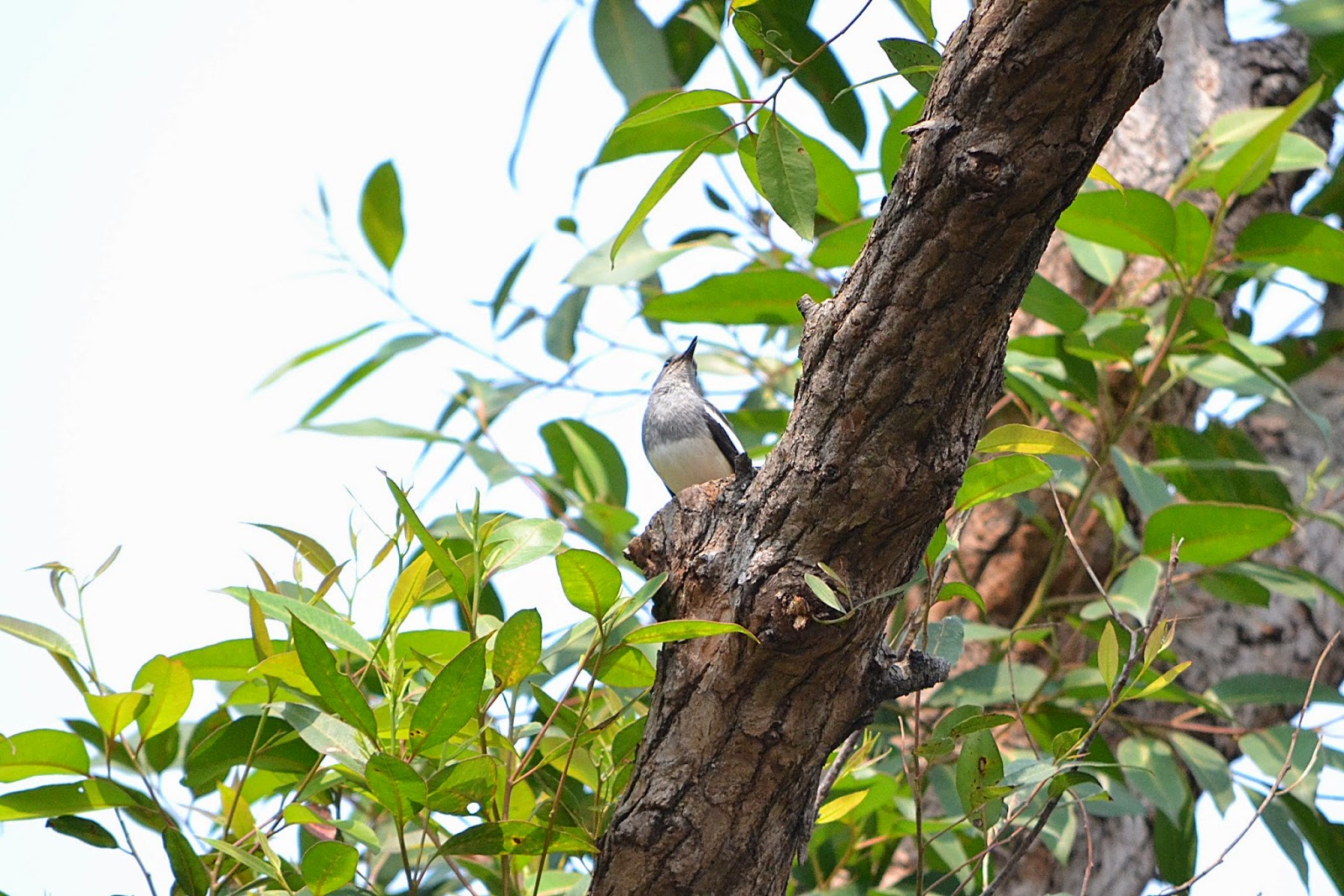 They are not native but have established themselves in Taiwan and we spotted lots of them in the parks. 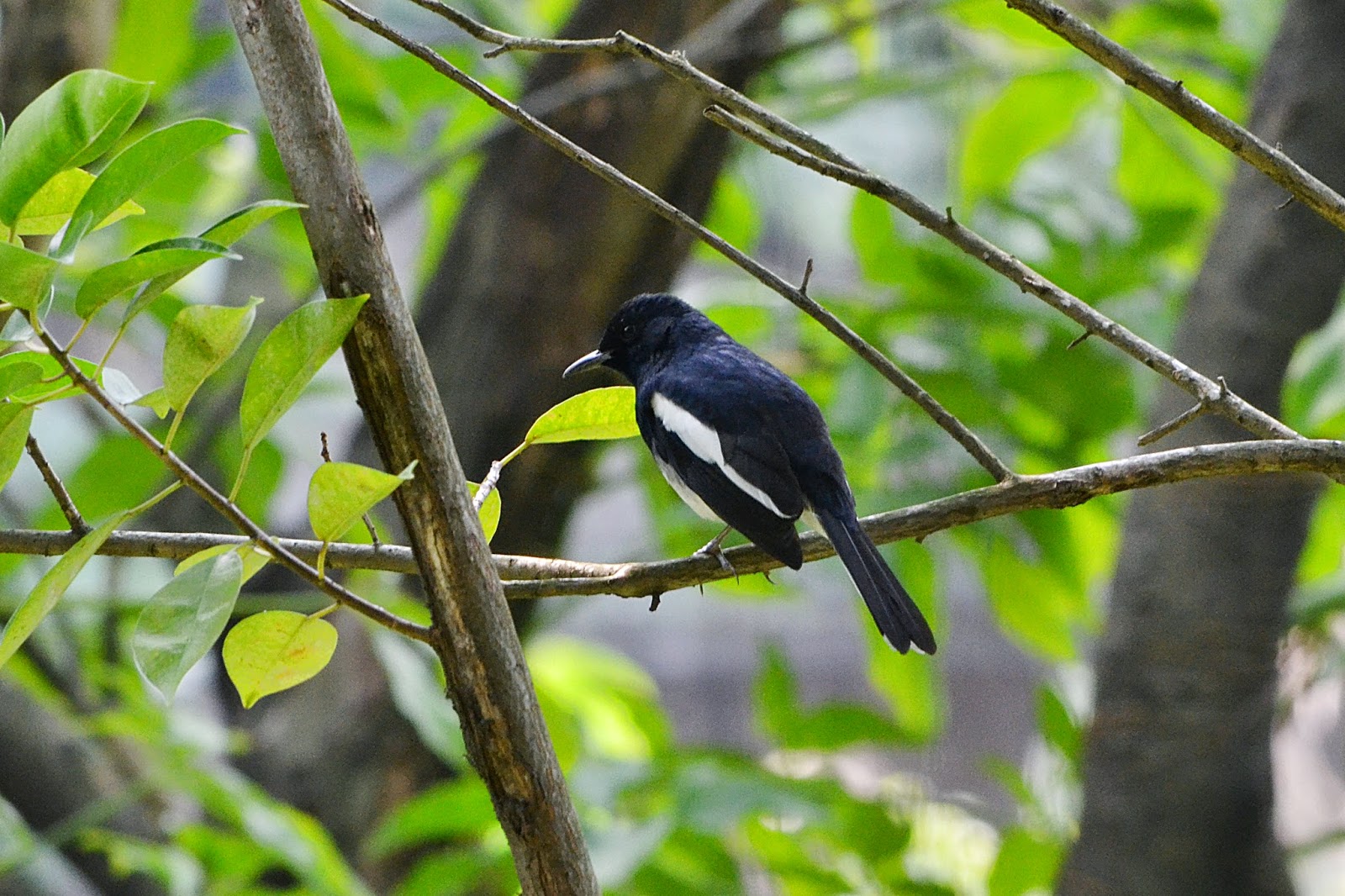 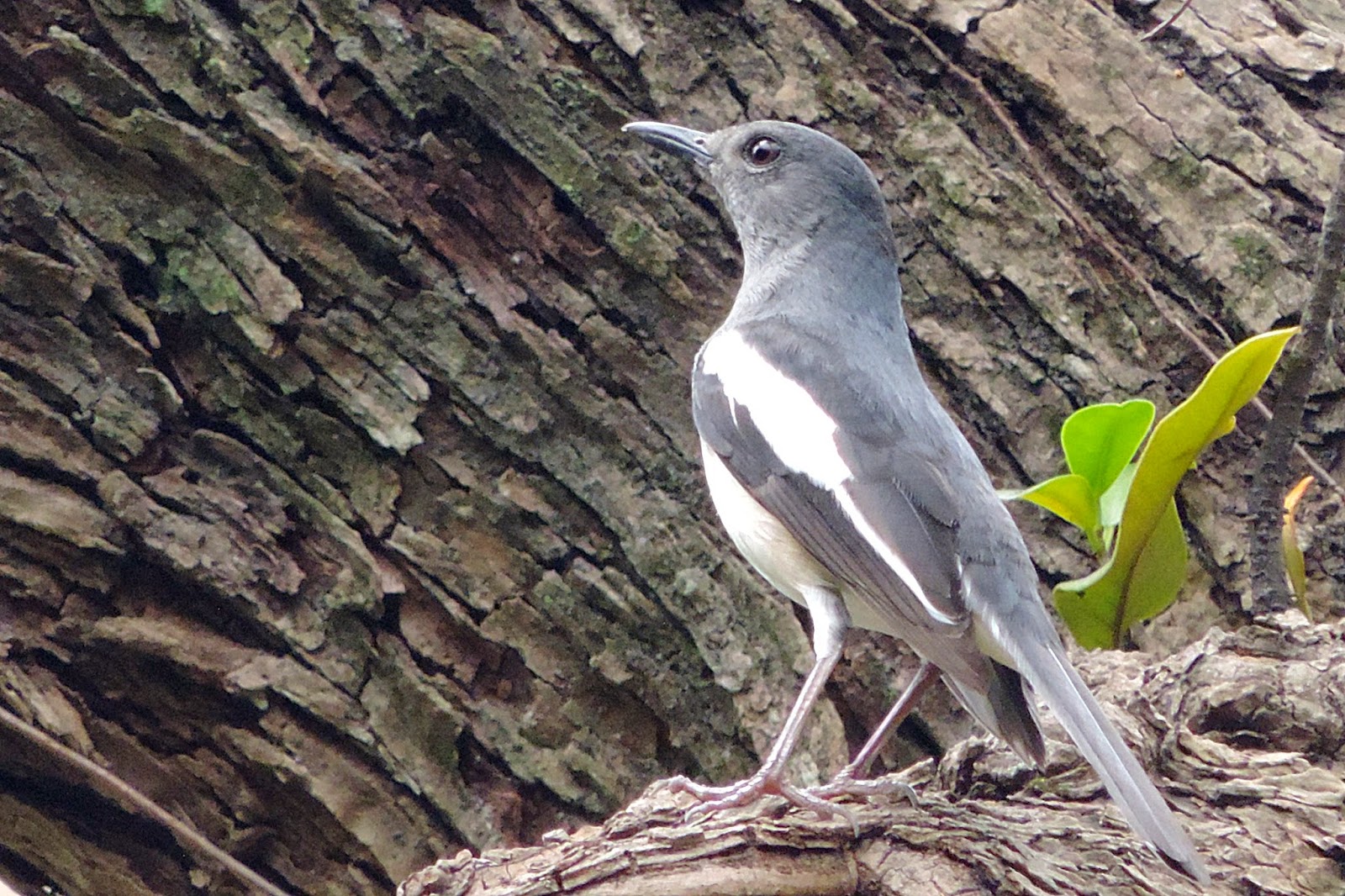 At one of the gates of 228 Memorial Park, there was a tree with loads of berries, which meant lots of birds! 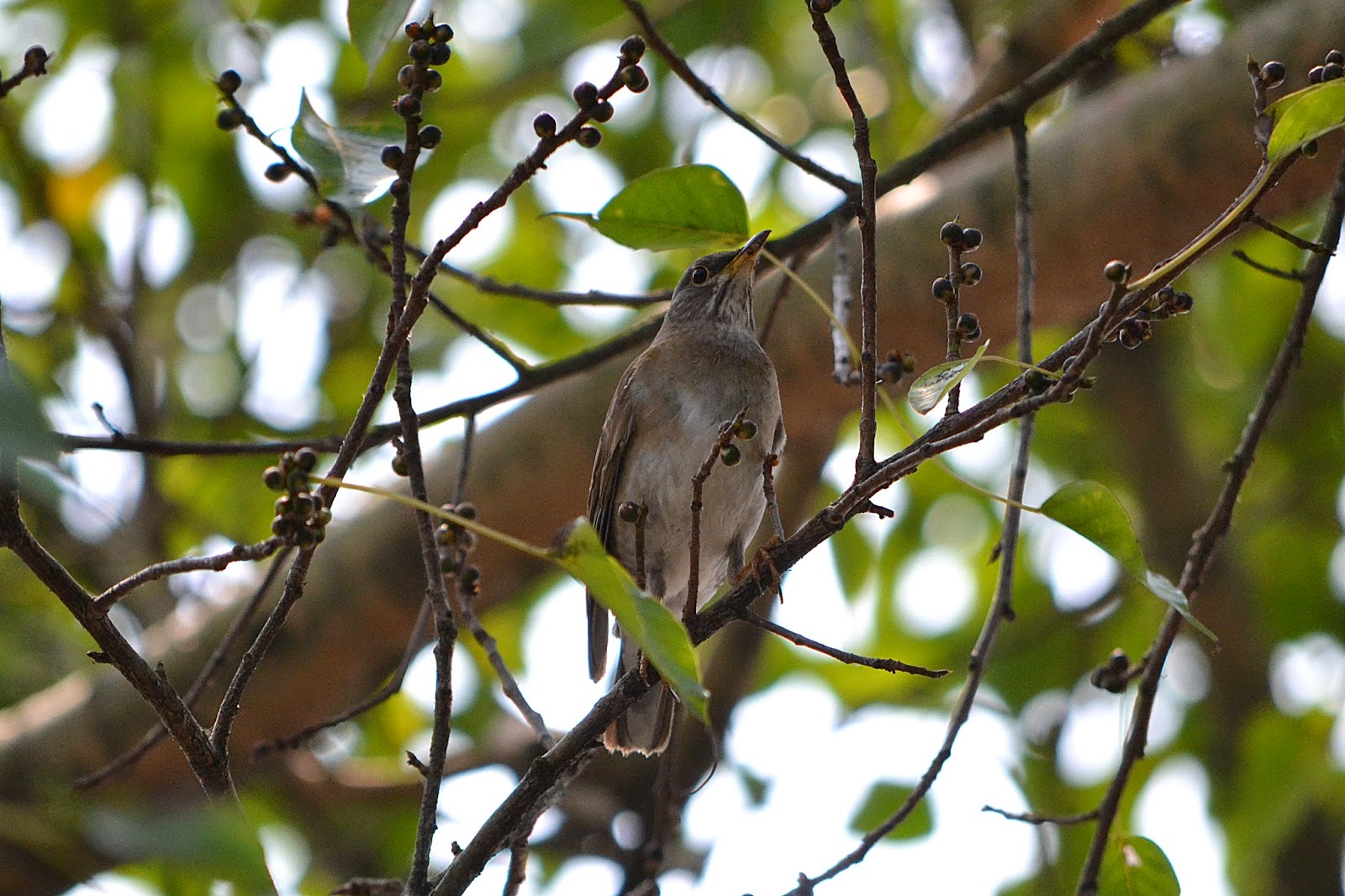 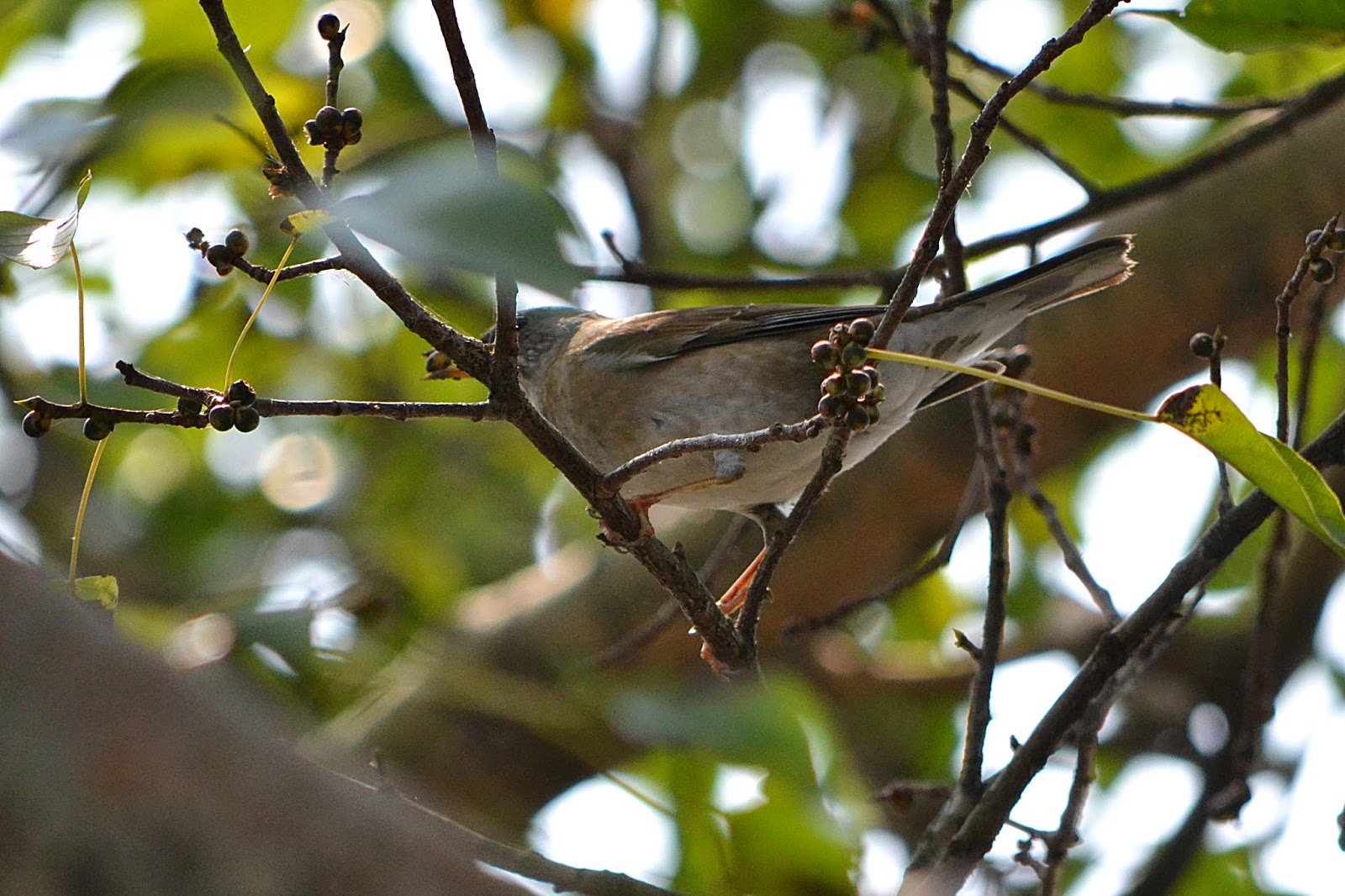 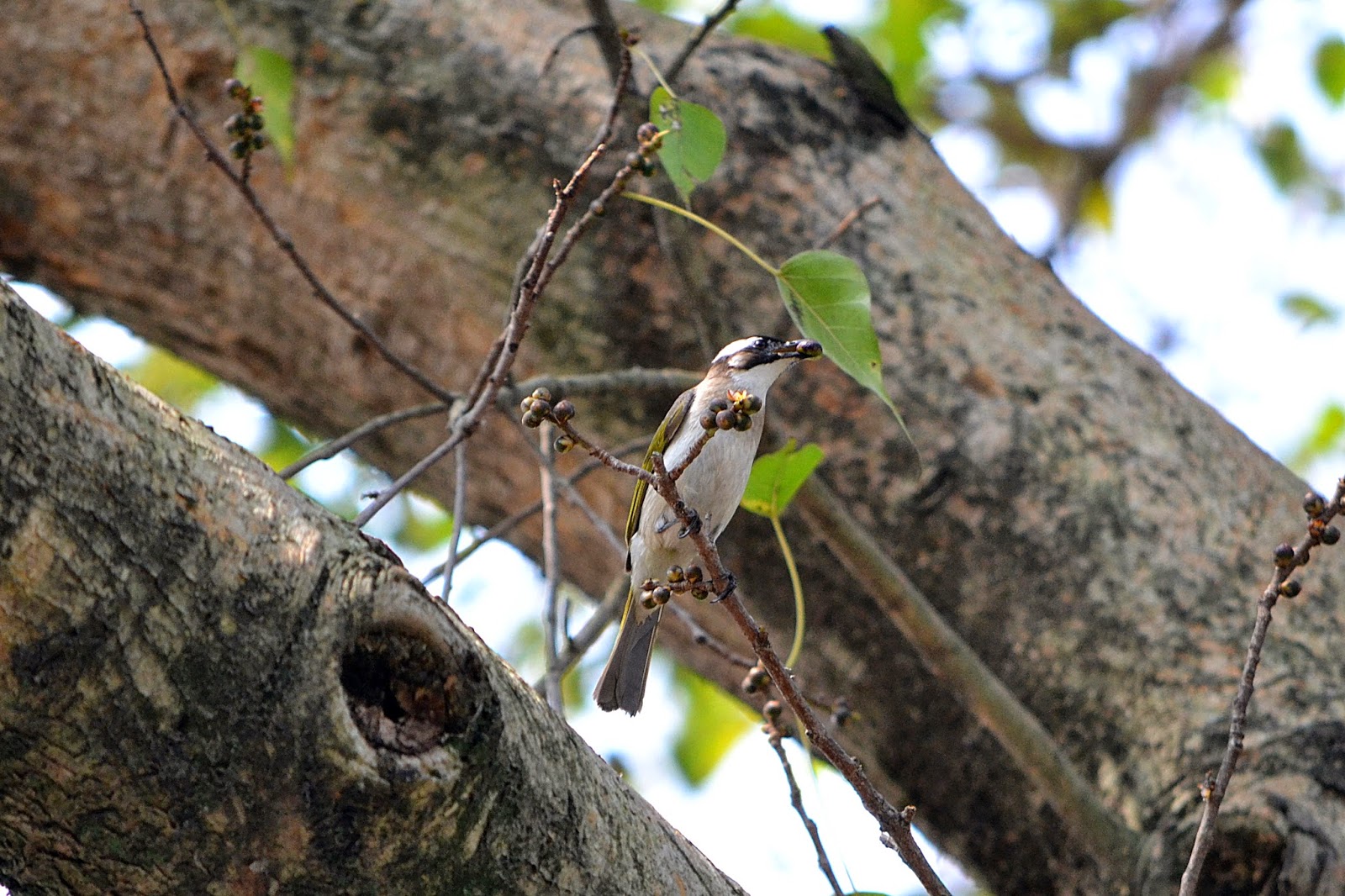 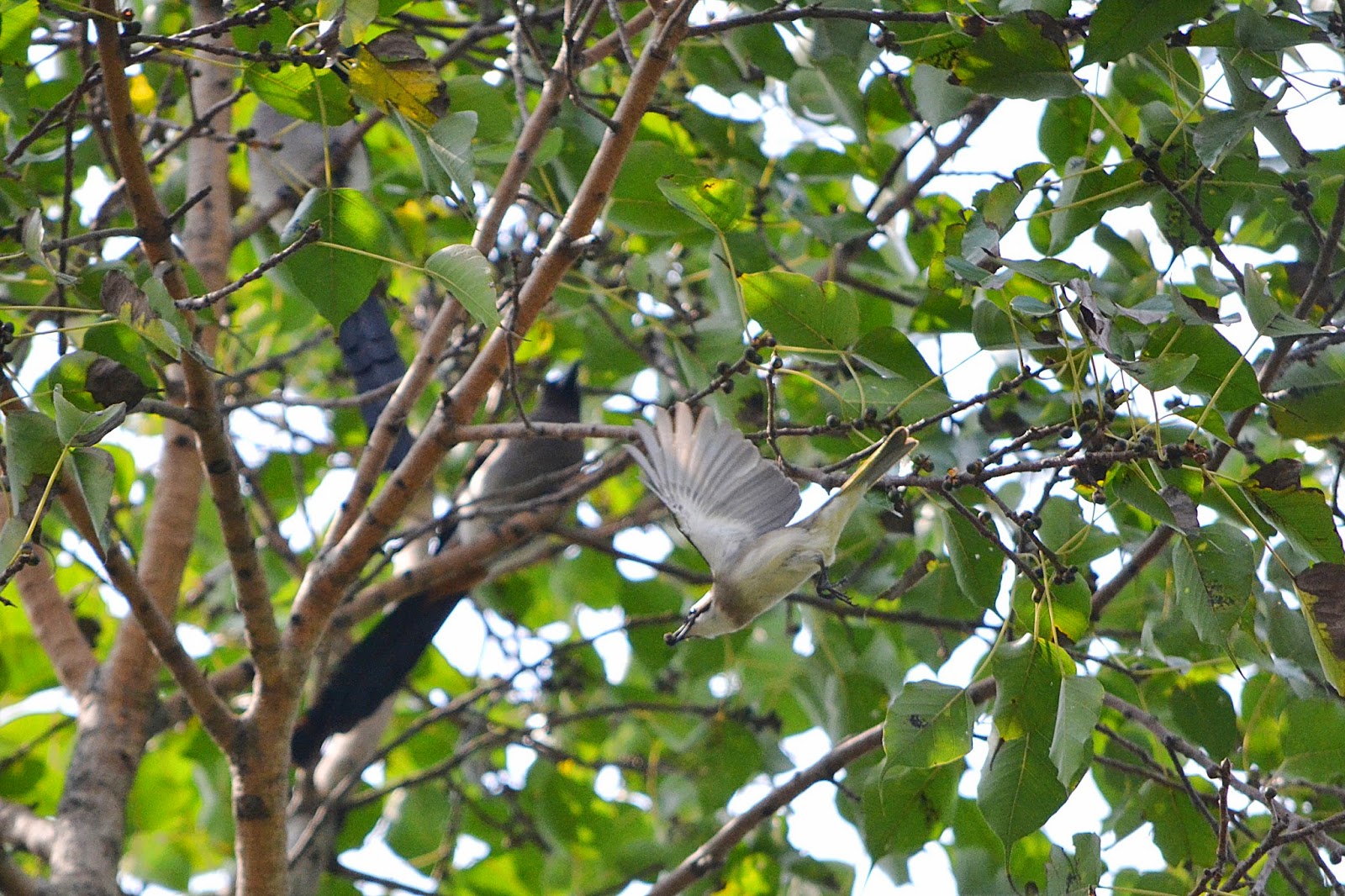 A part of their calls sounds a bit like Azure-winged Magpies' and Common Magpies' but they often make a harsh 'pikink!' too:) 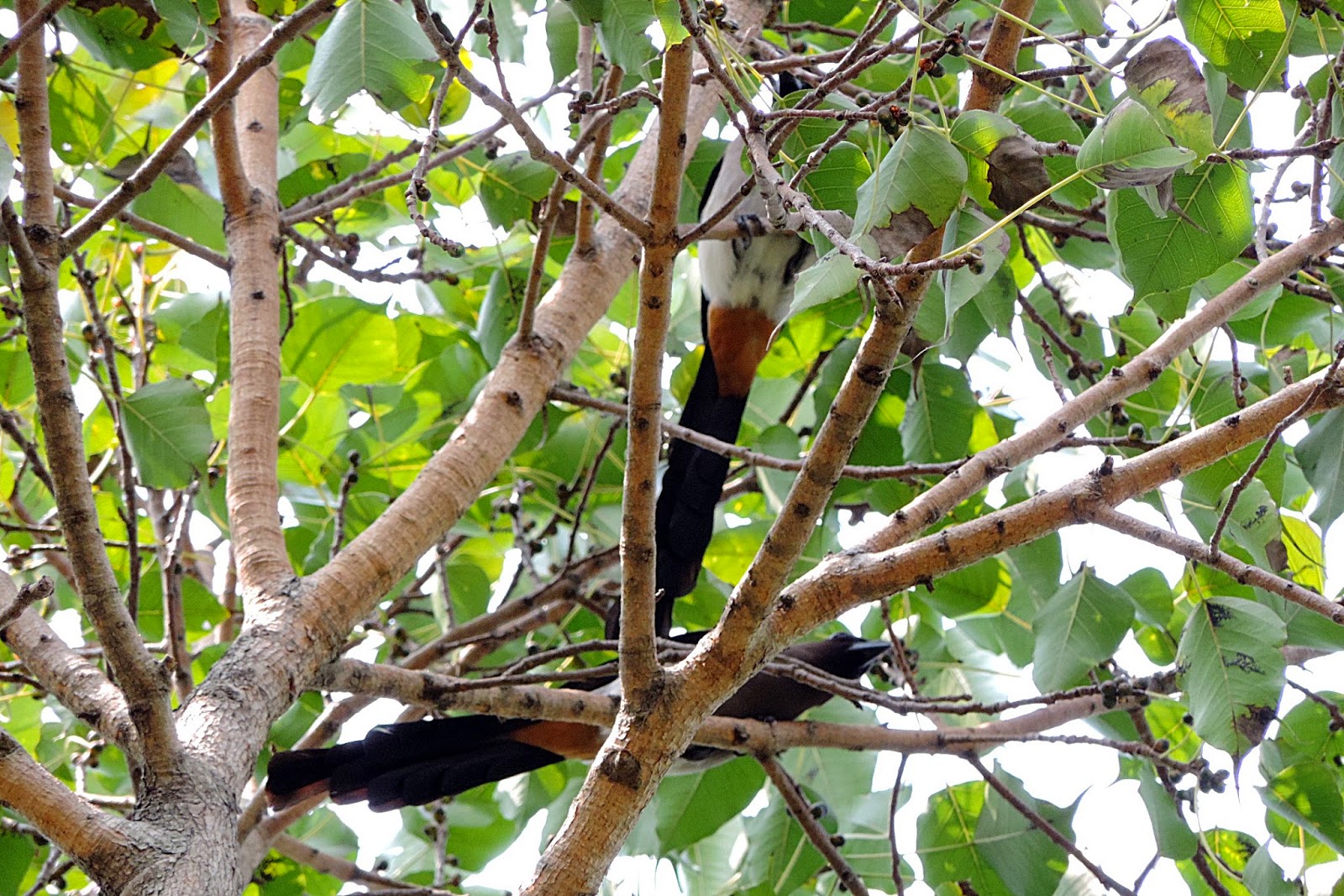 We saw/heard them in parks, on the streets and in the low mountains too. 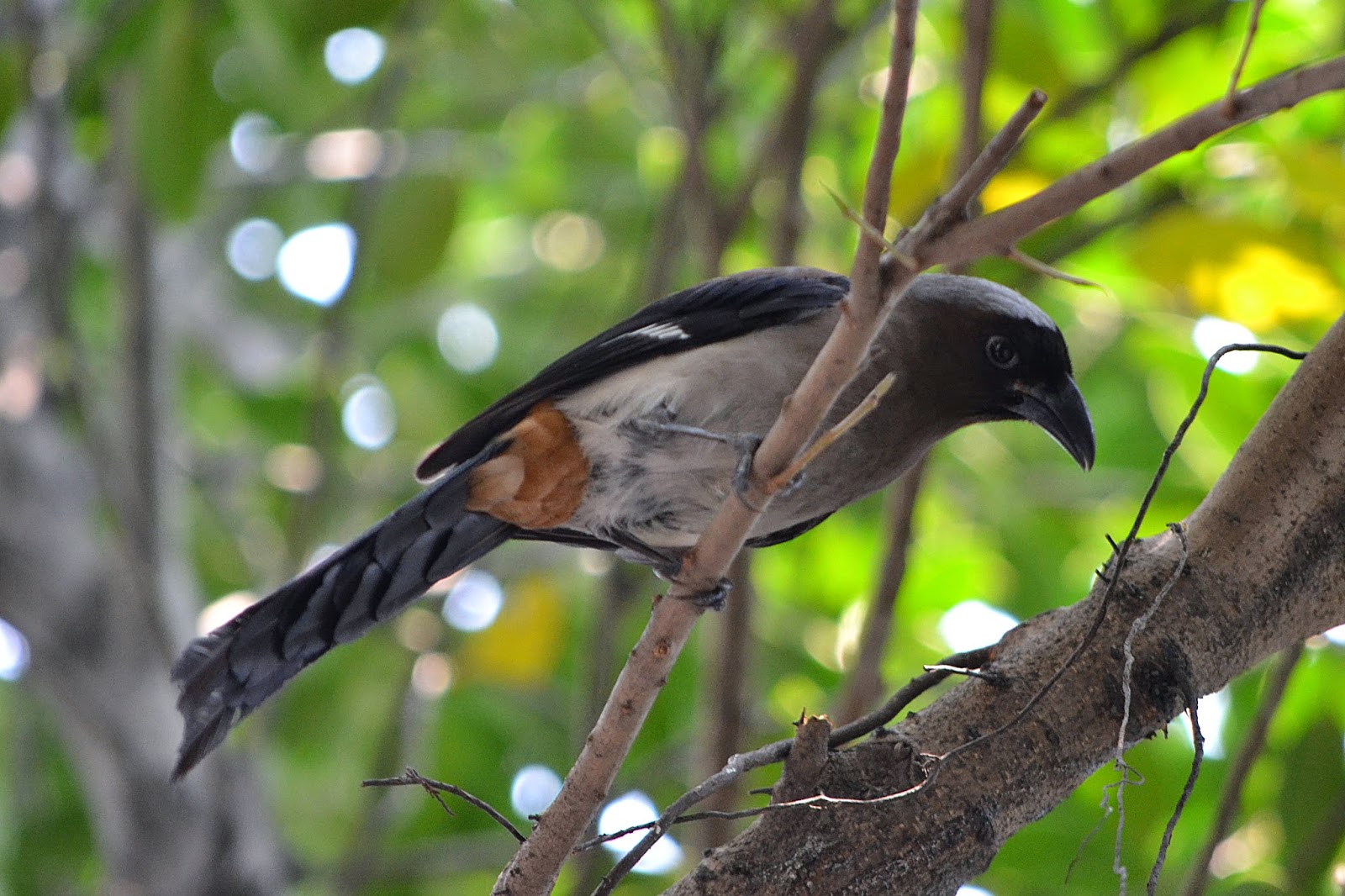 There was a 'popopopopopo.....' kind of long call from somewhere near us. 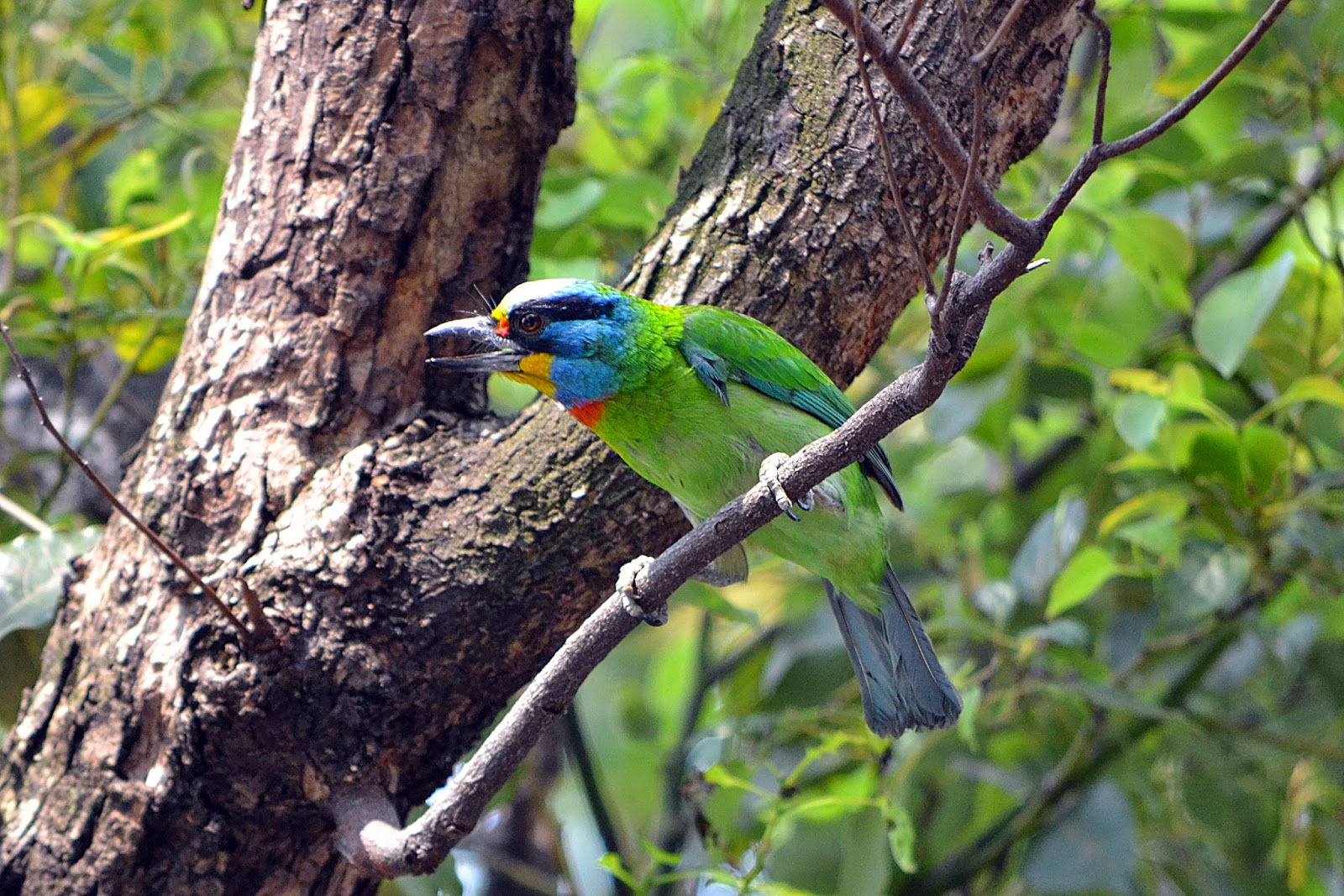 There were 2 Taiwan Barbets (Goshikidoriゴシキドリ) just by the berry tree. 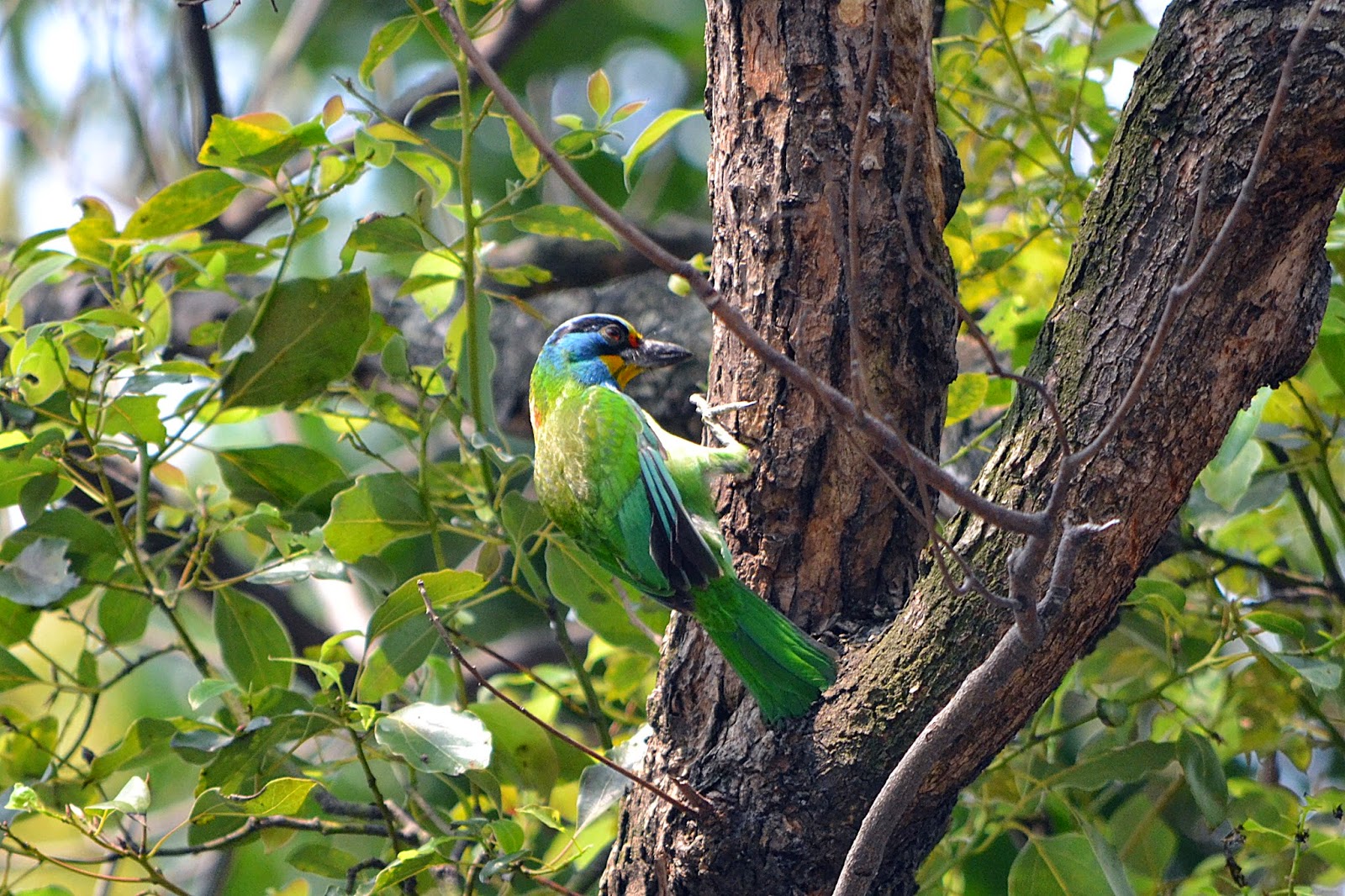 a very beautiful bird and it behaved like a woodpecker 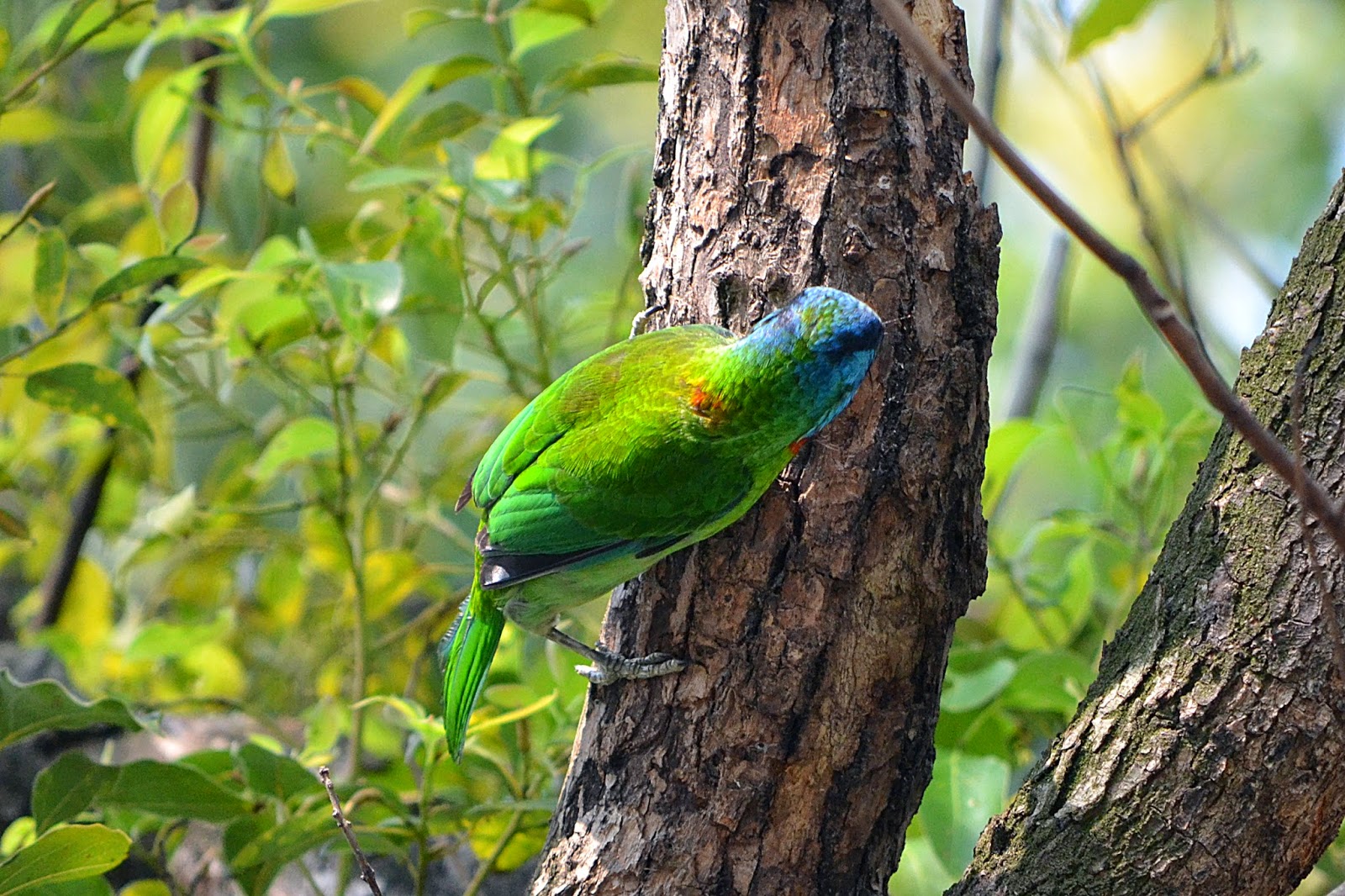 Taiwan Barbet are endemic to Taiwan and very common and widspread all over Taiwan. We heard their songs many, many times after this very first bird.

A Crested Goshawk (Kammuri Ohtakaカンムリオオタカ) was circling above in the sky. 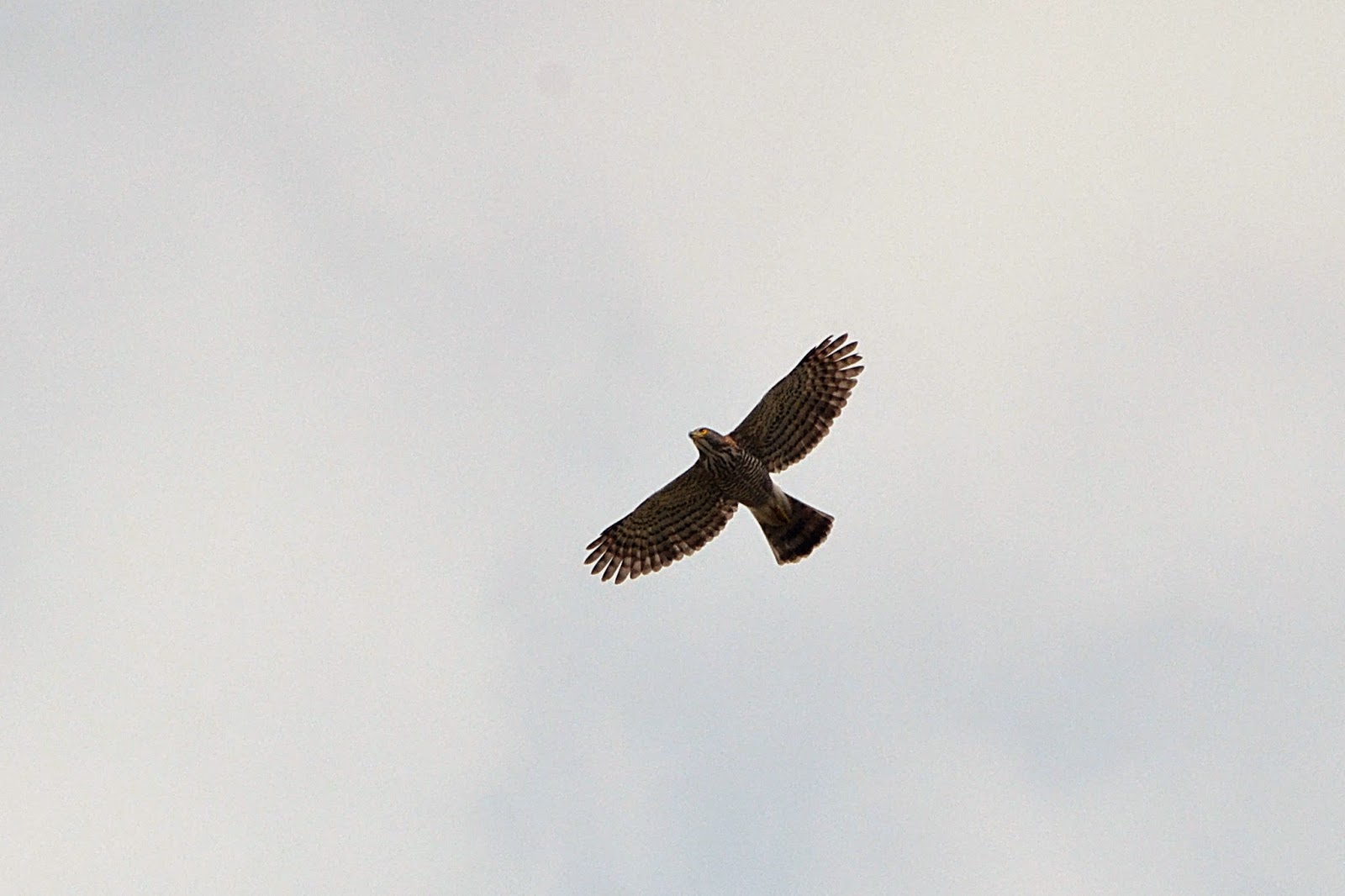 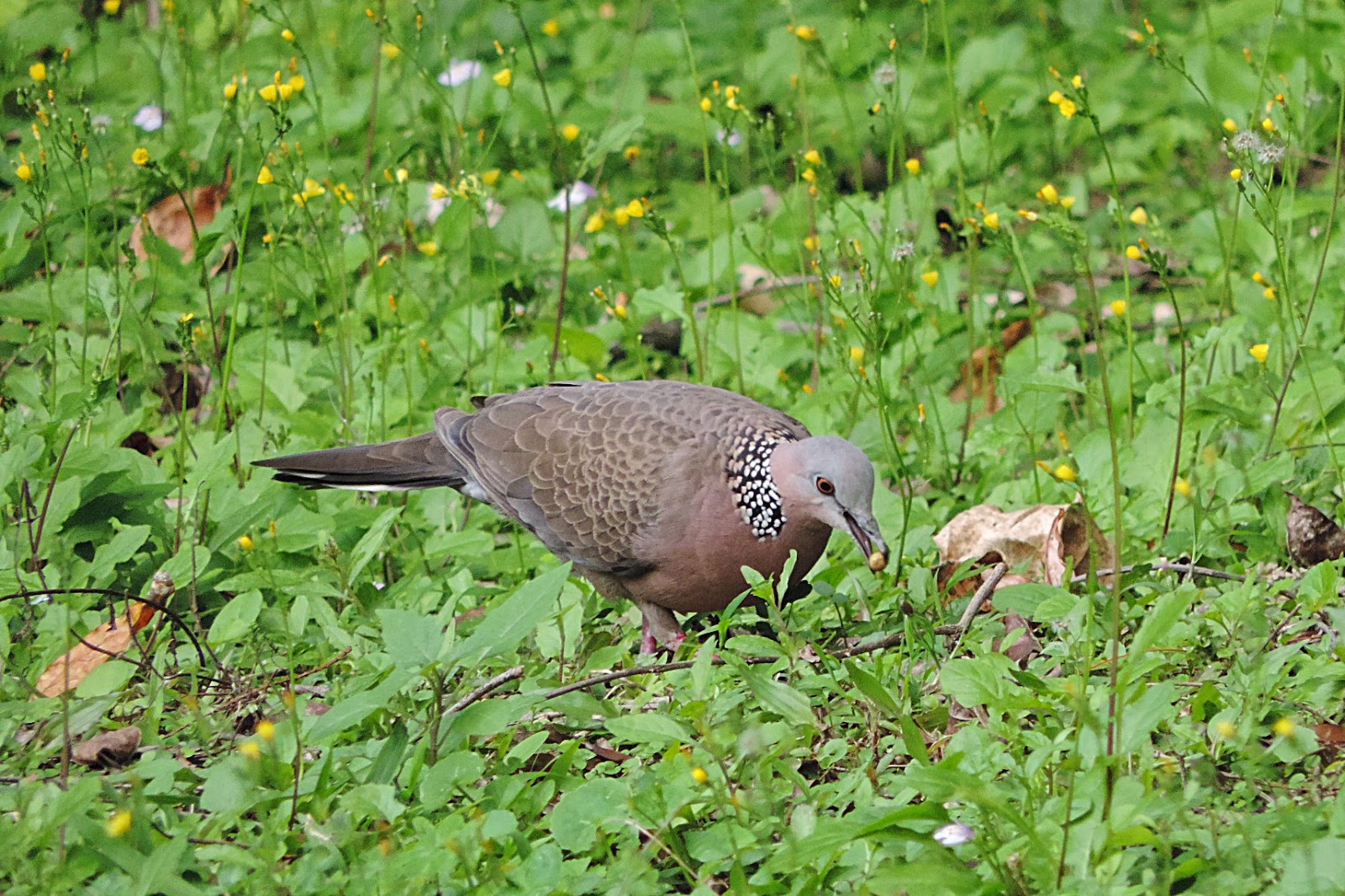 An adult Malayan Night Heron (Zuguromizogoiズグロミゾゴイ) was standing right behind a sign without a flinch so I didn't notice him for a long time! 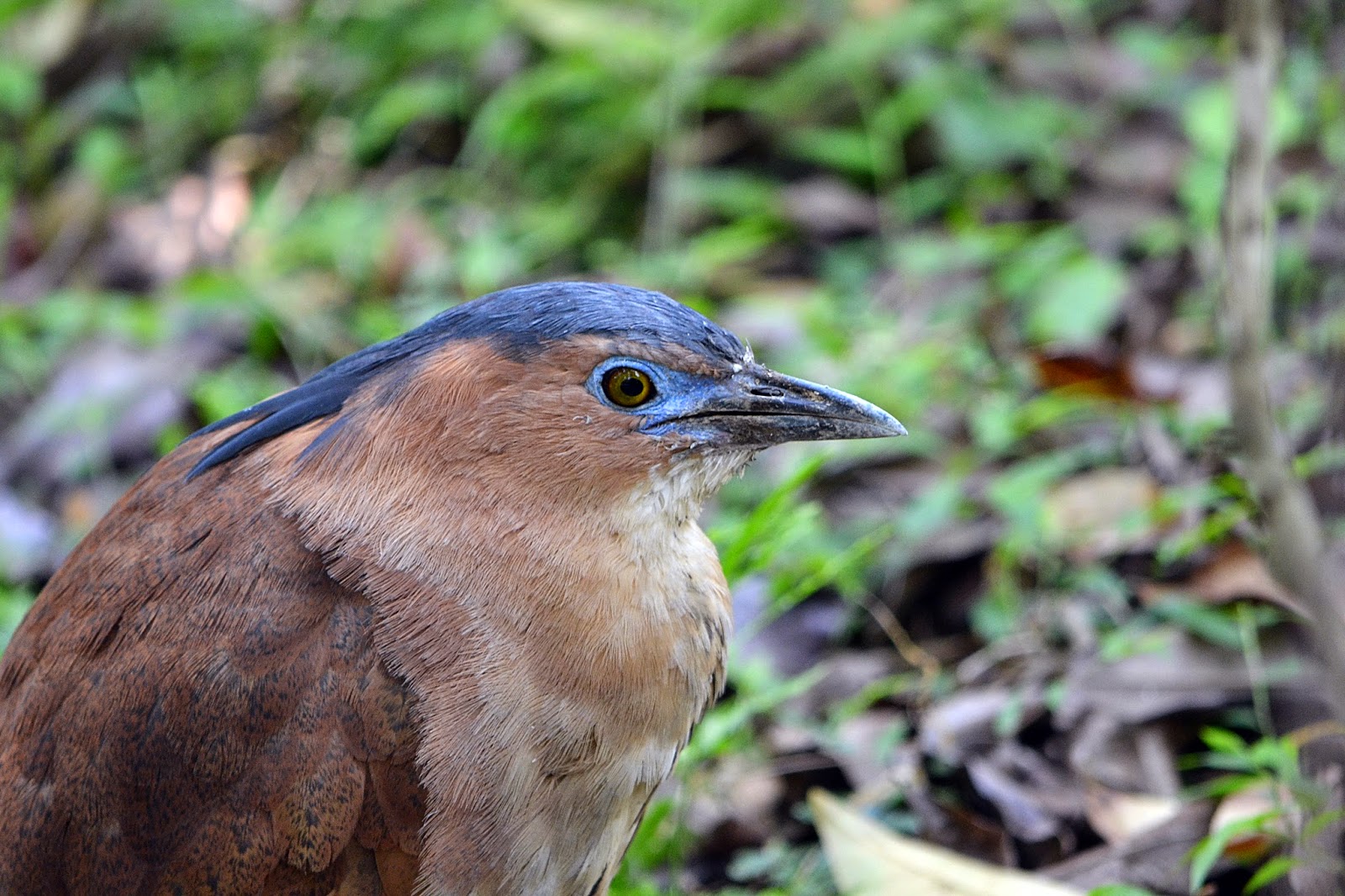 A young one was more active, going up and down the forest floor. 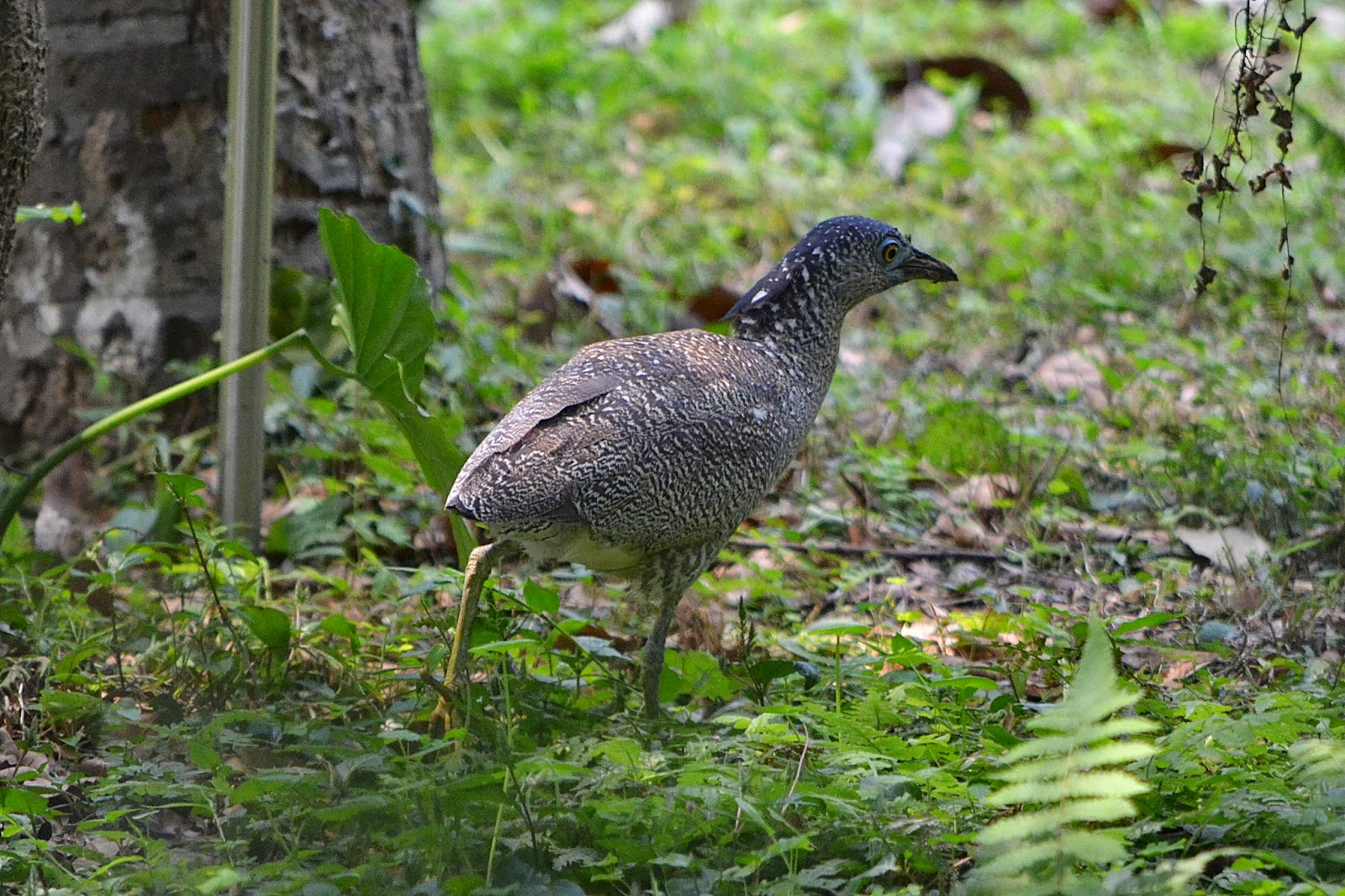 A pond in the park was drained and had become more like mudflats.
A White-breasted Waterhen (Shiroharakuinaシロハラクイナ) was posing for me:) 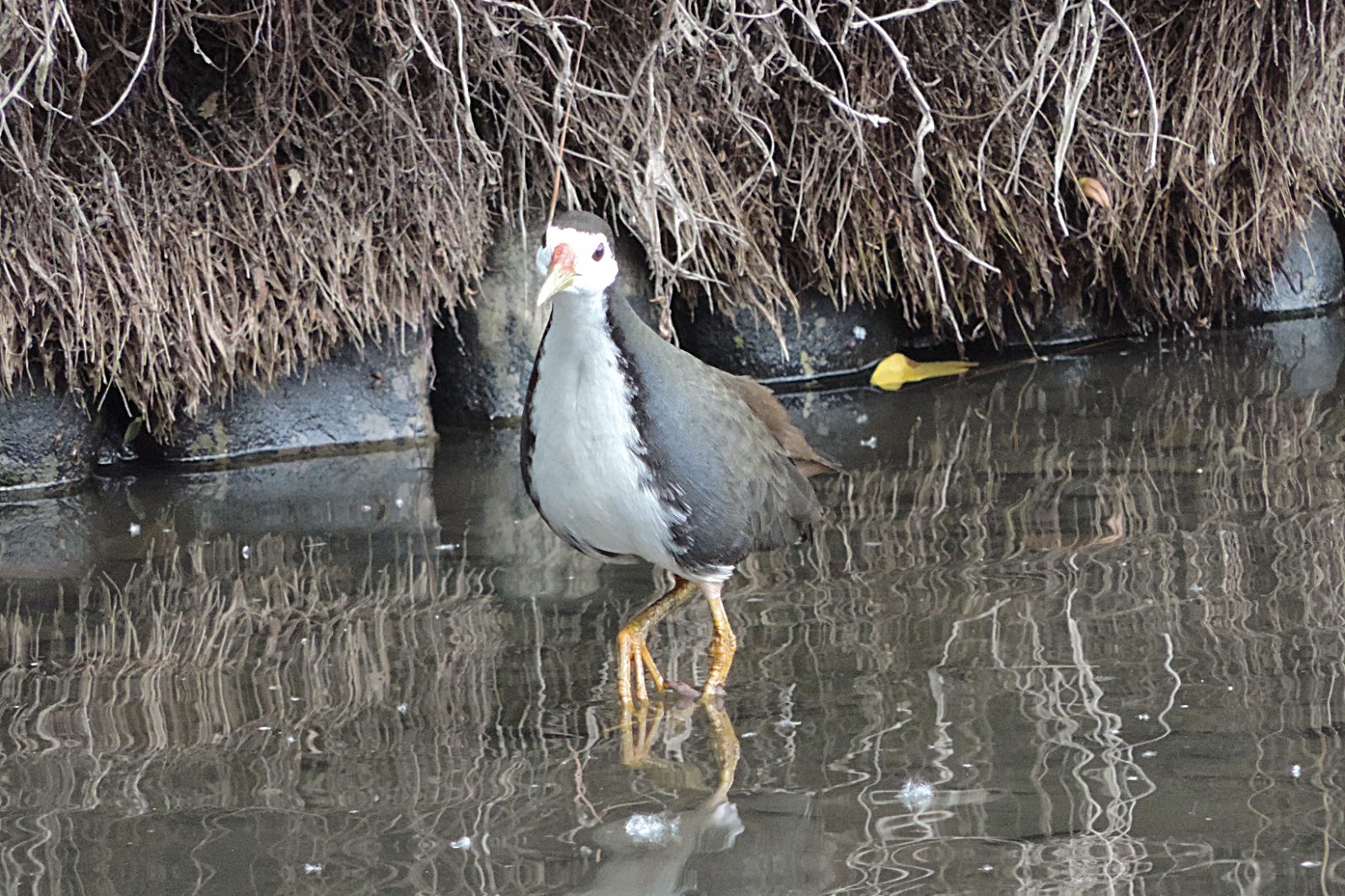 Familiar faces too - A Little Egret (Kosagiコサギ) was ready for action. Lots of small fish were swimming around her legs. Easy catch! 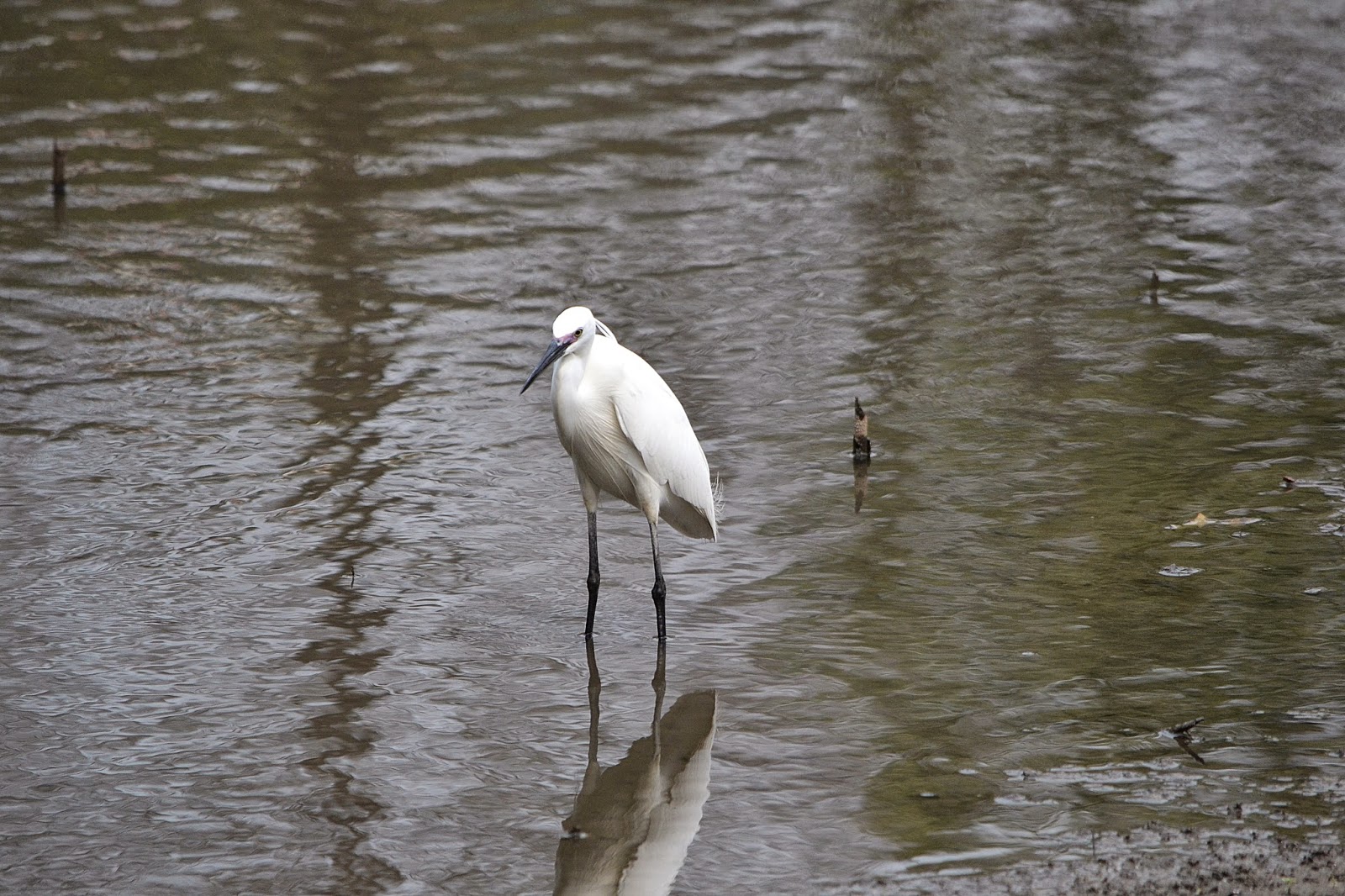 a highly successful species in the world - Moorhens (Banバン) 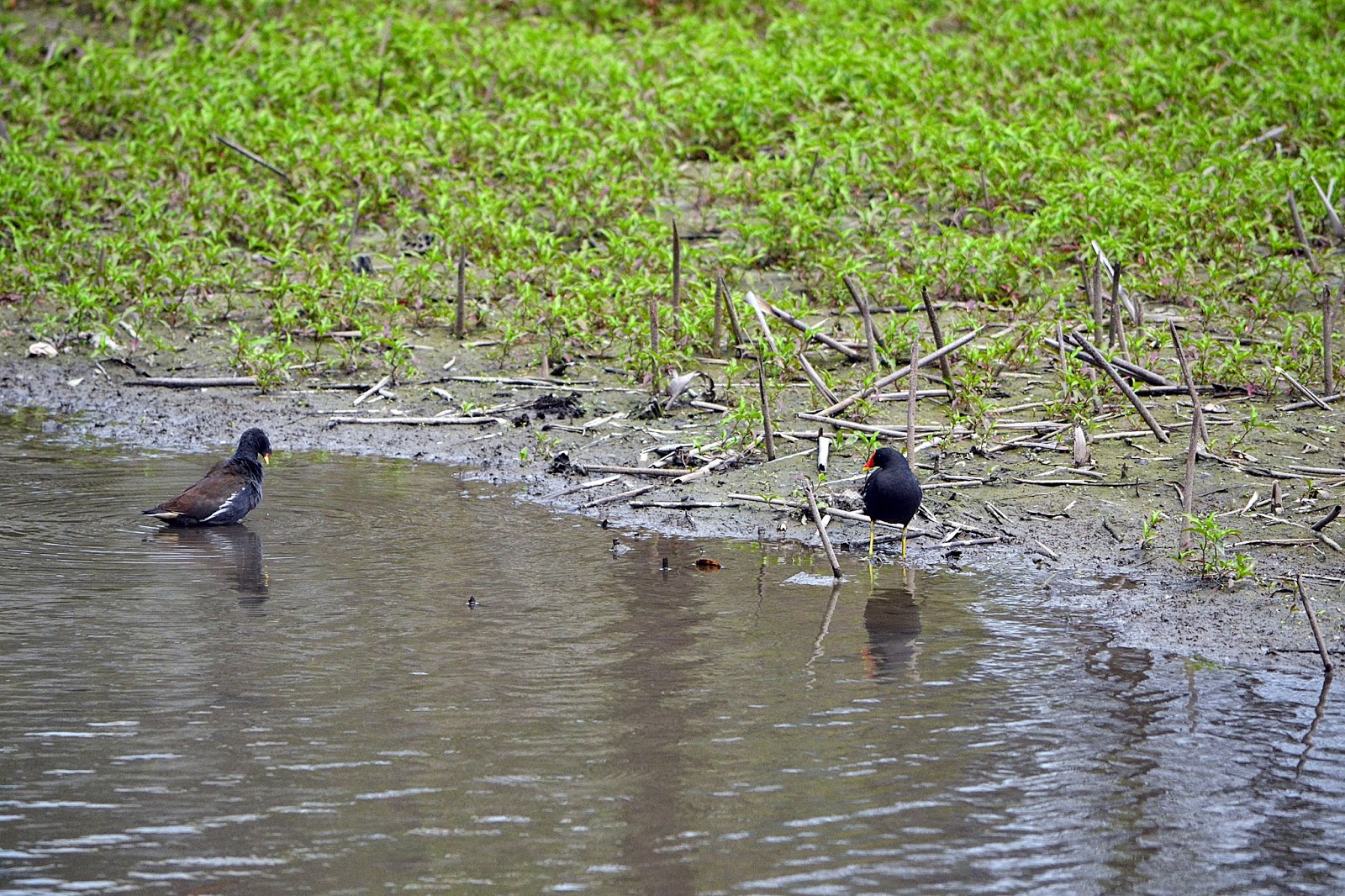 a pond for lotus and of course for moorhens! 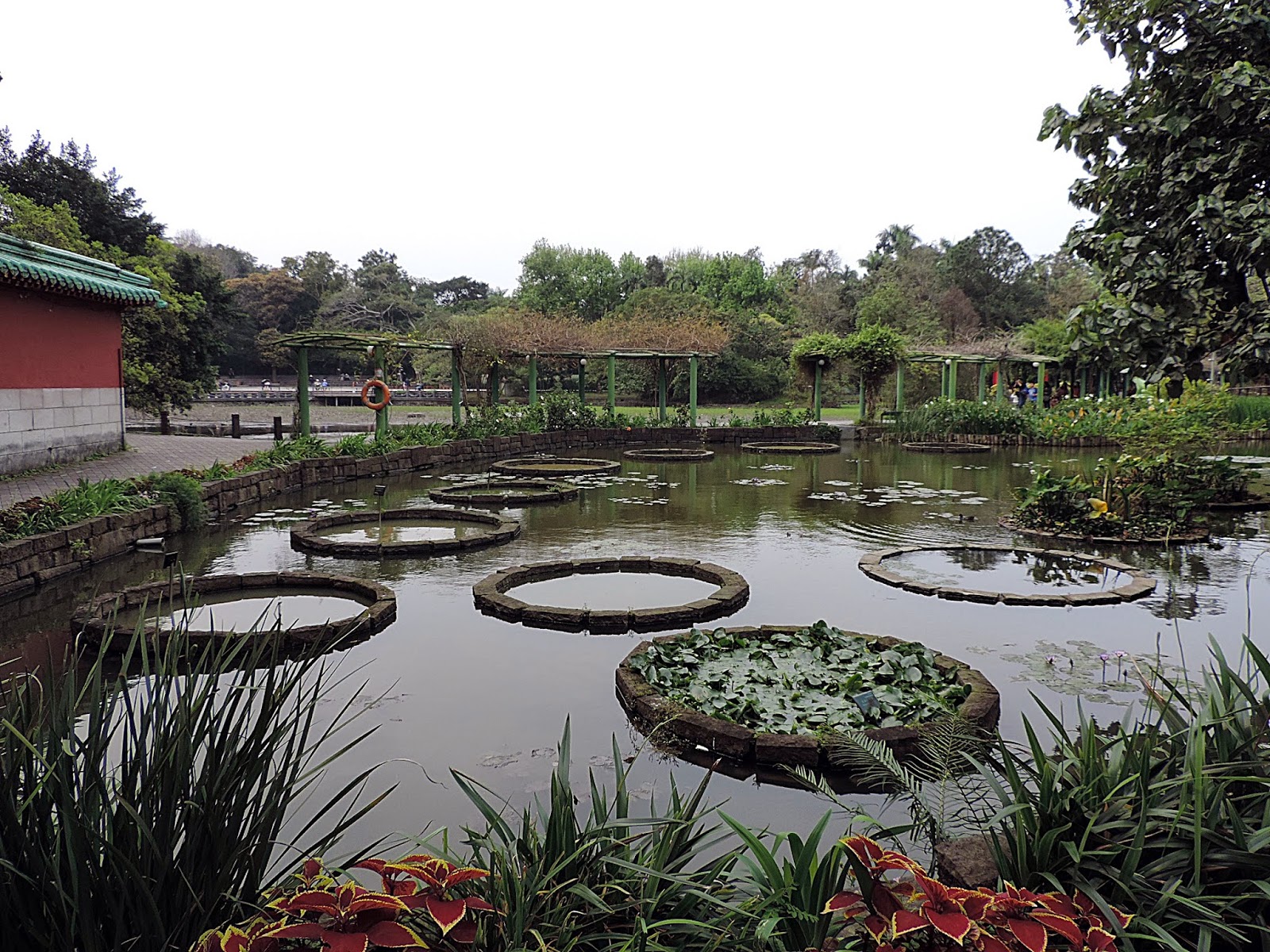 Taiwan Squirrels were everywhere in the park and this one was hoping to get something from our lunch. 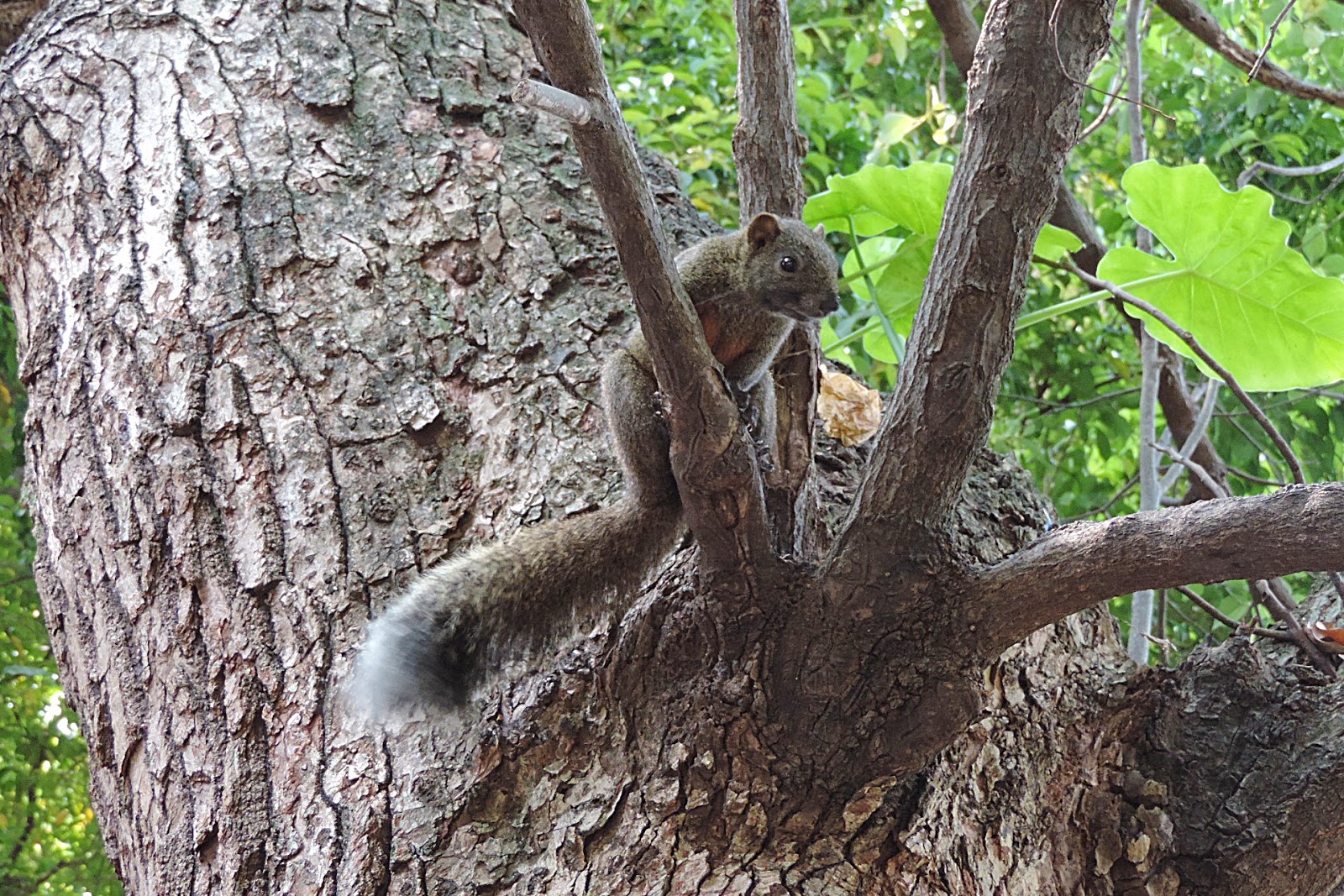 On the way back to our hotel on the green patch of the National Weather Bureau, more than 15 thrushes were foraging.  Most of them were Dusky Thrushes (Tsugumiツグミ). 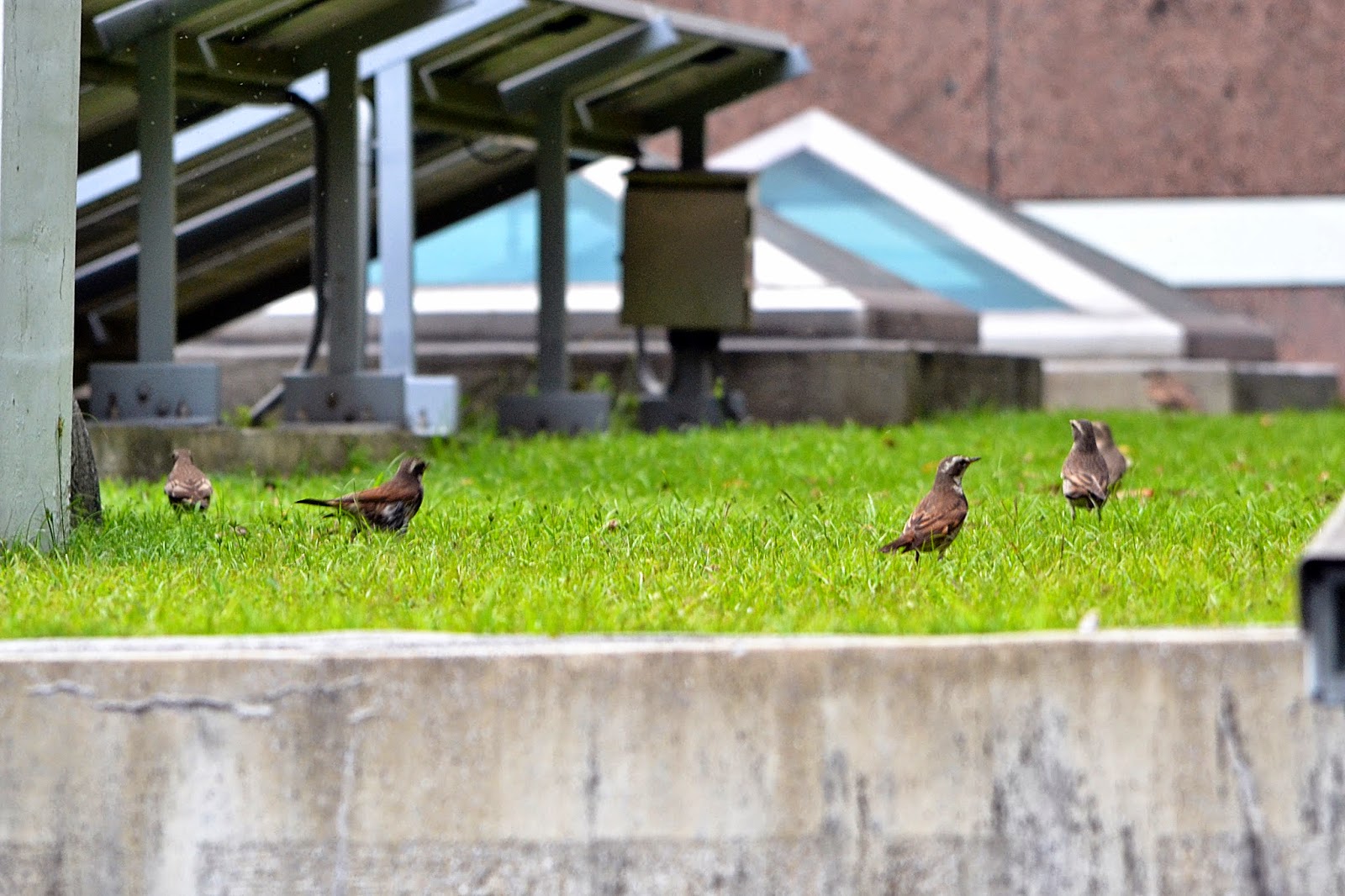 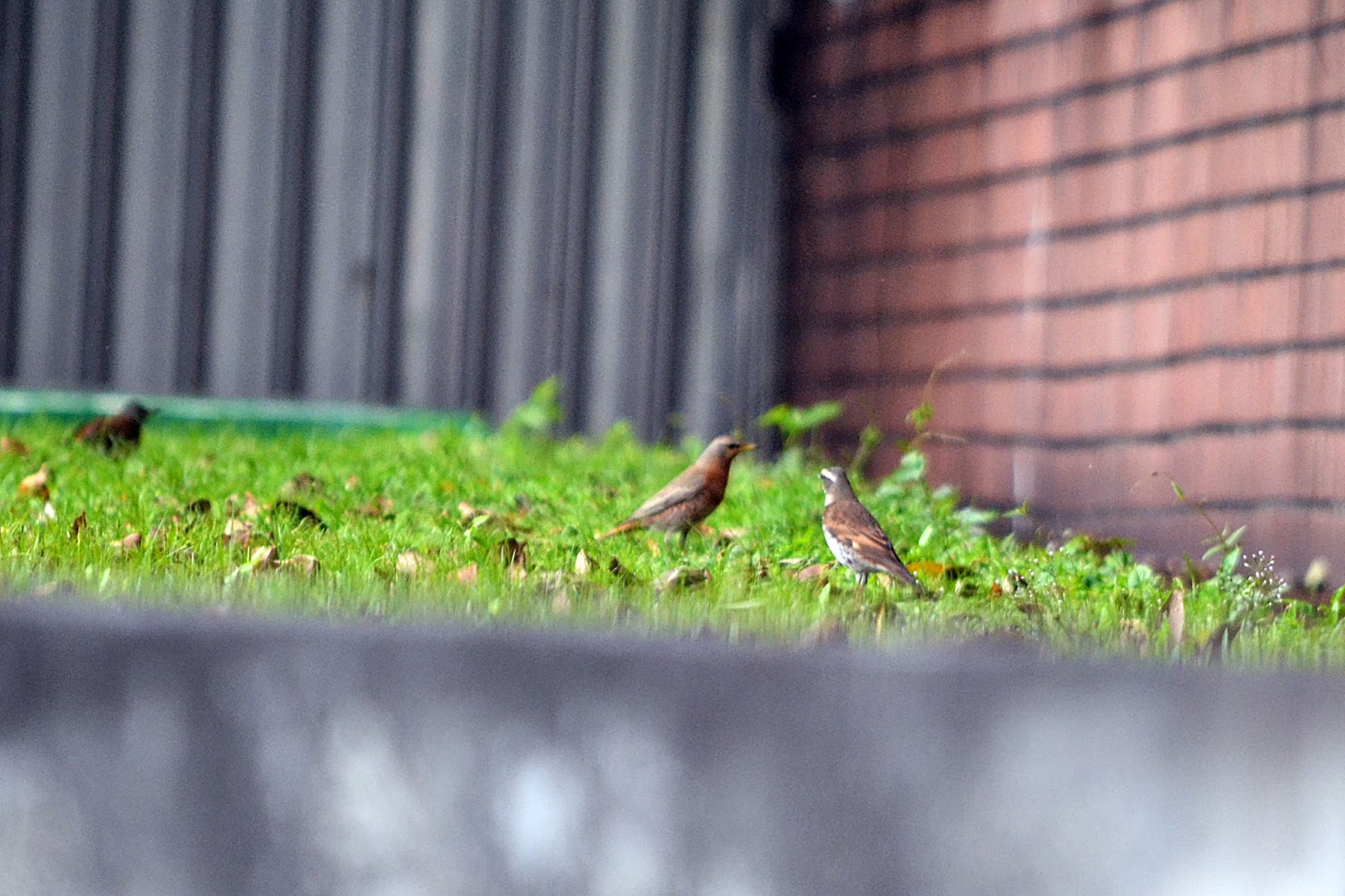 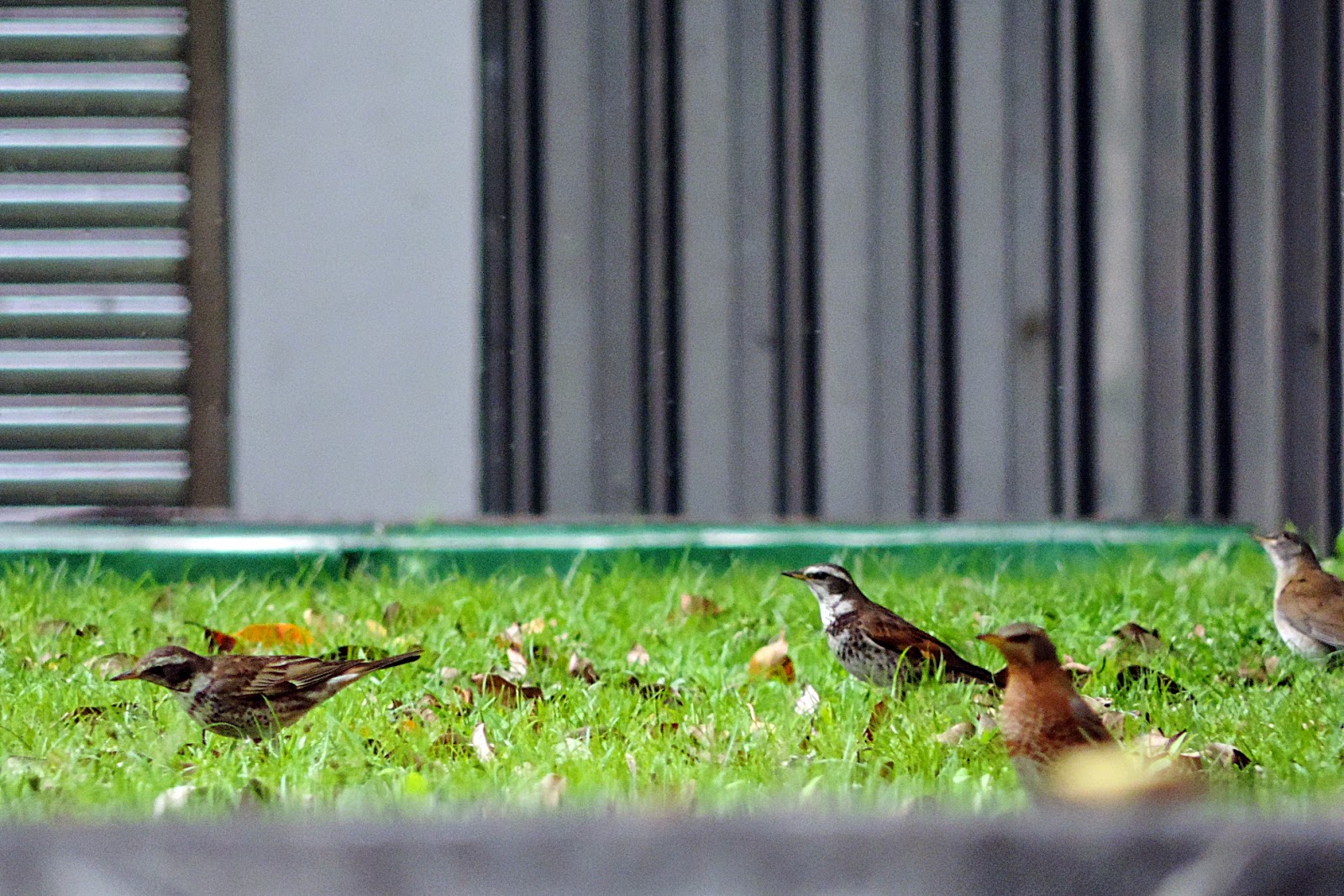 The last birds for our day were a young Black-crowned Night Heron (Goisagiゴイサギ) and young Malayan Night Heron (Zuguromizogoiズグロミゾゴイ).

We think both were in their second winter plumage. Are we right? 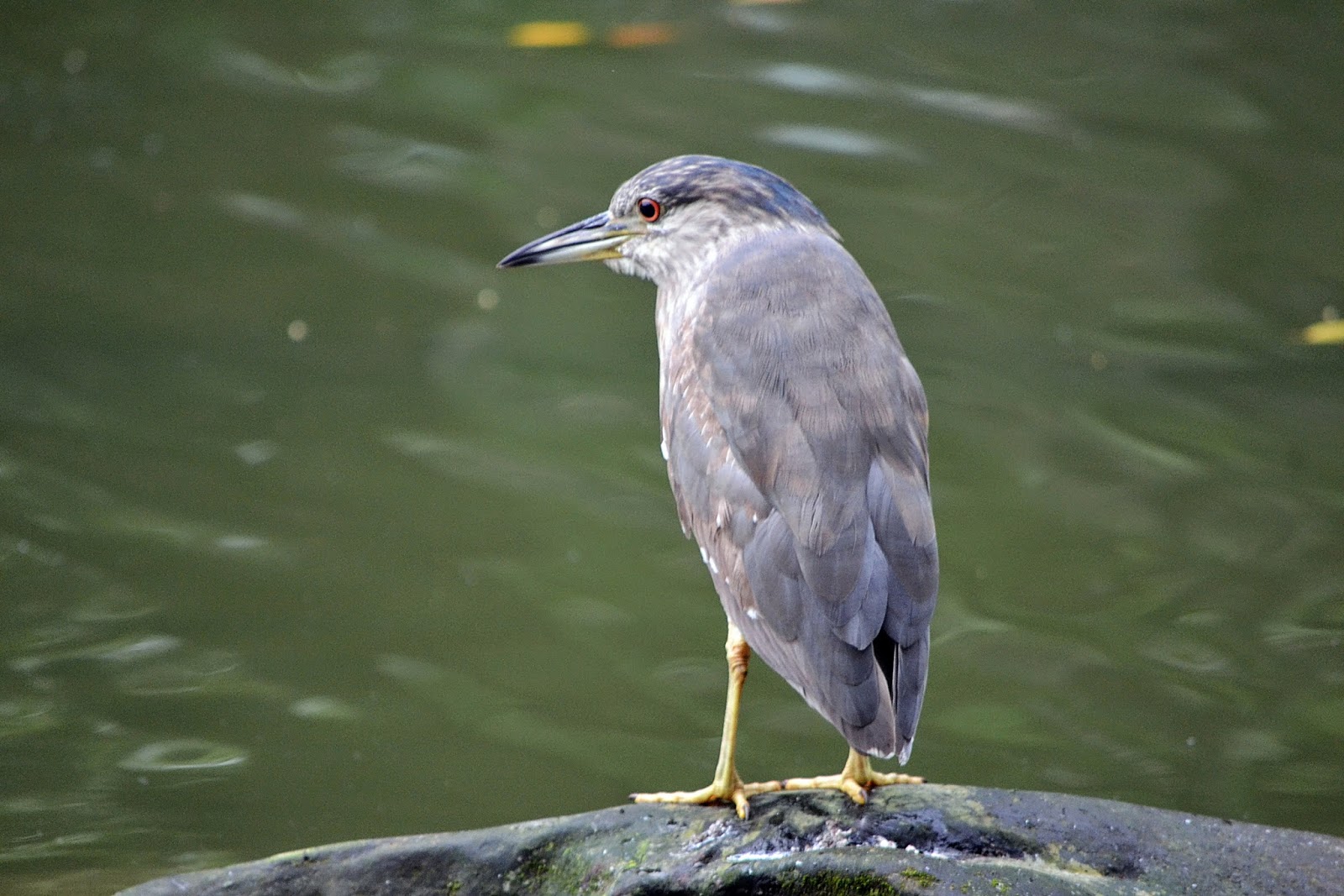 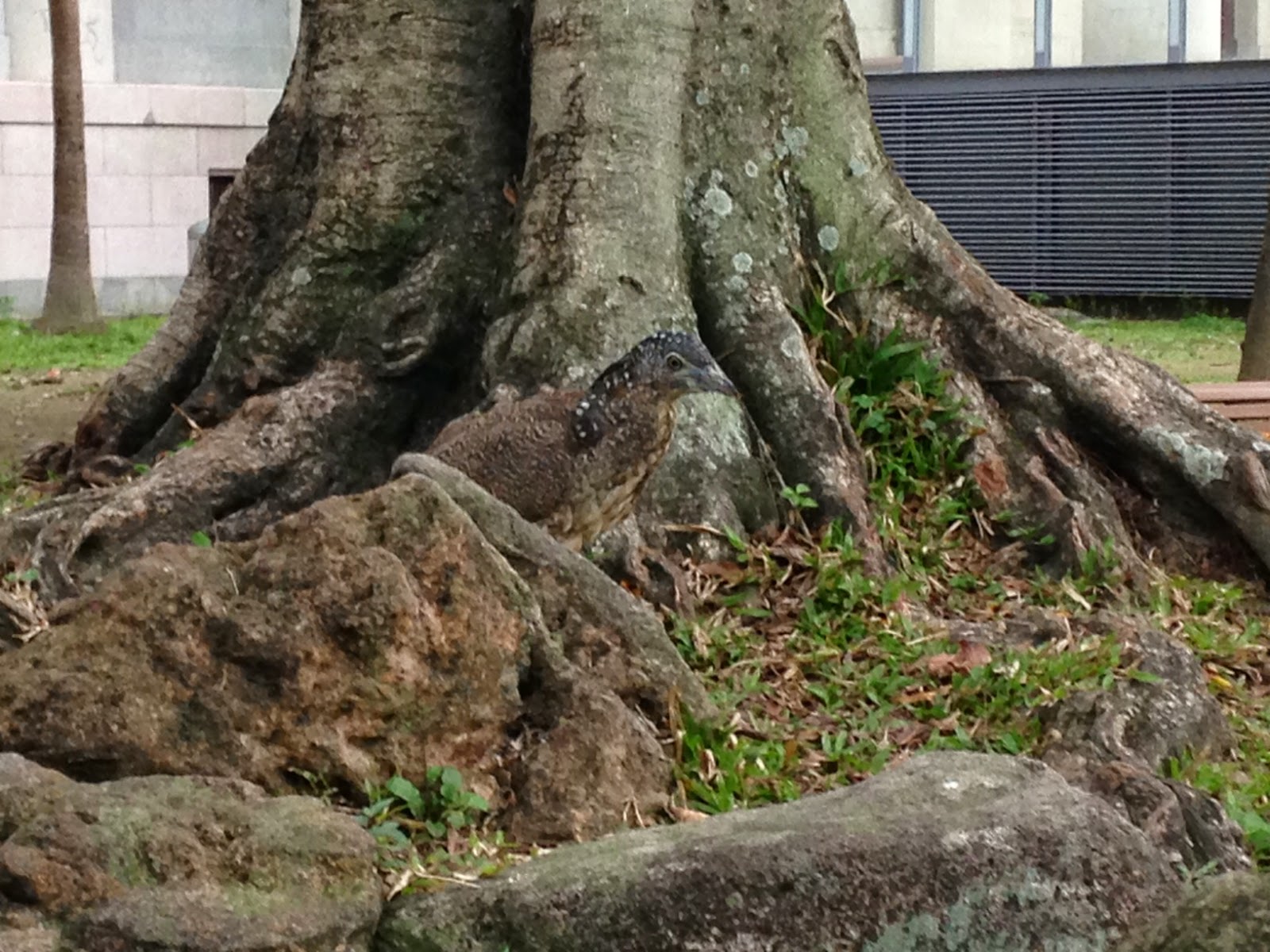