At the rivermouth of the Miyako, where it is very industrialised and all concrete, there were 40 or so Pochards (Hoshihajiroホシハジロ) floating in the gleaming sun. 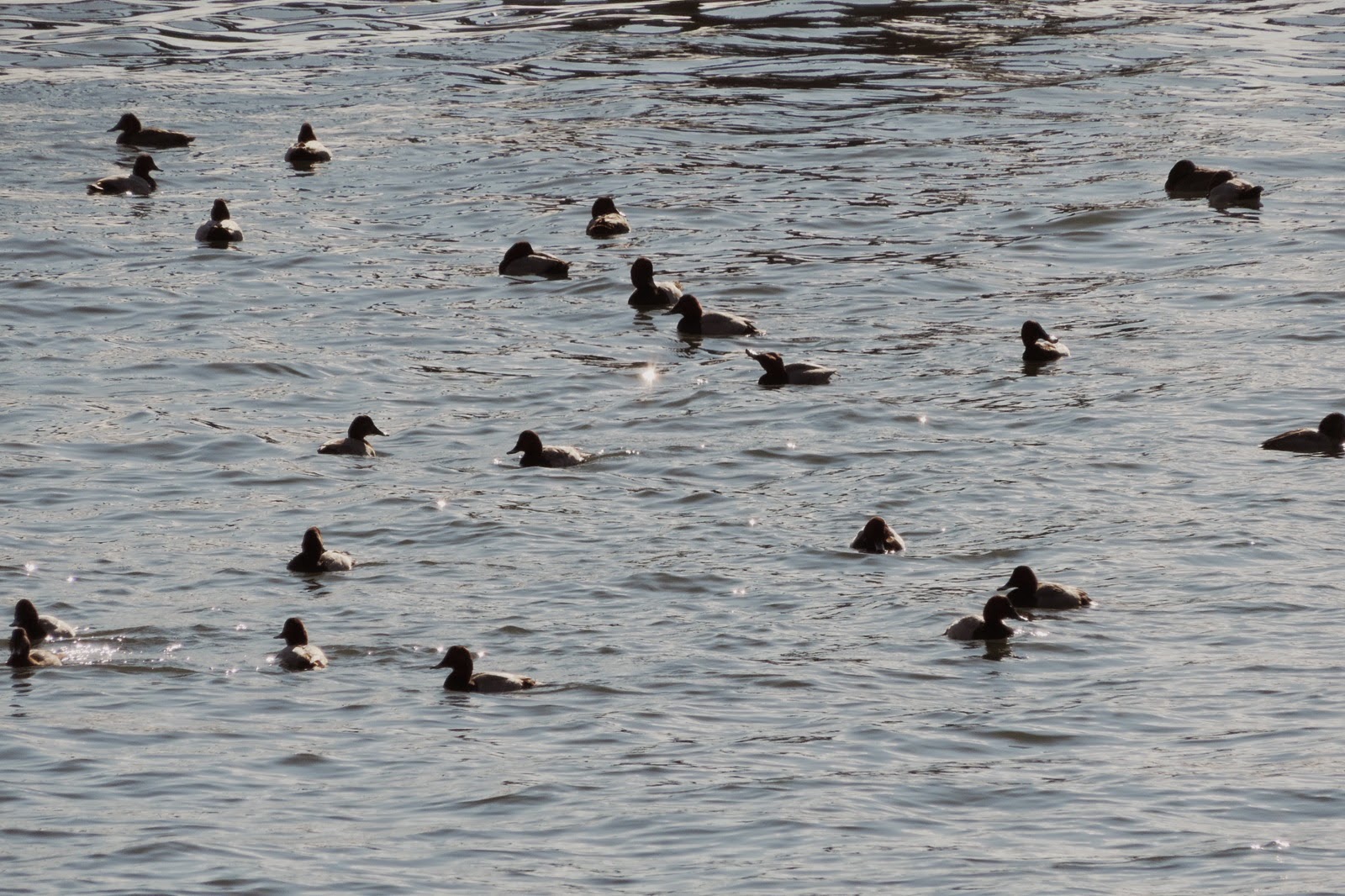 I wonder why there are so many males but very few females? 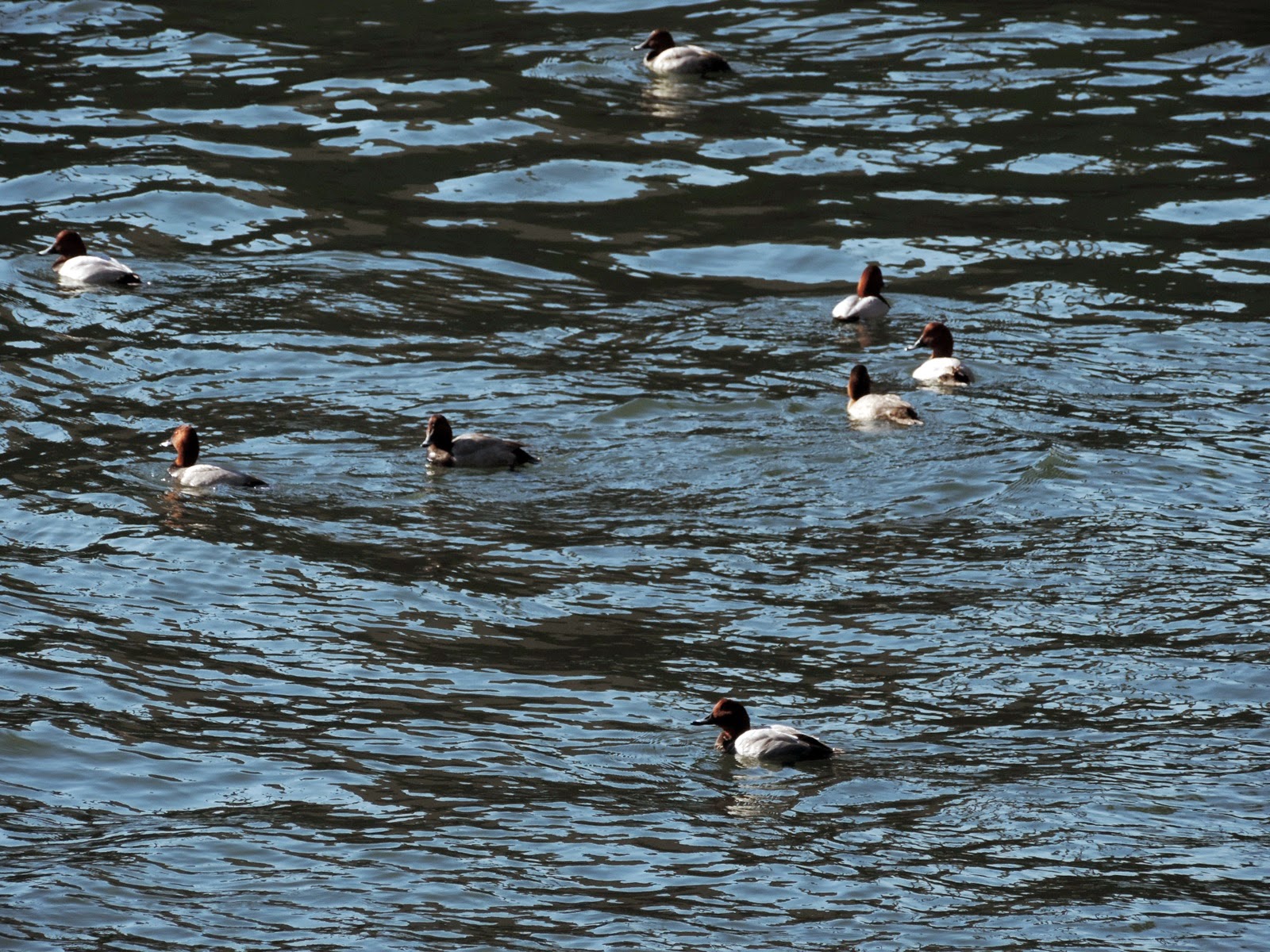 Even the few females were harrassed by the males... poor things. 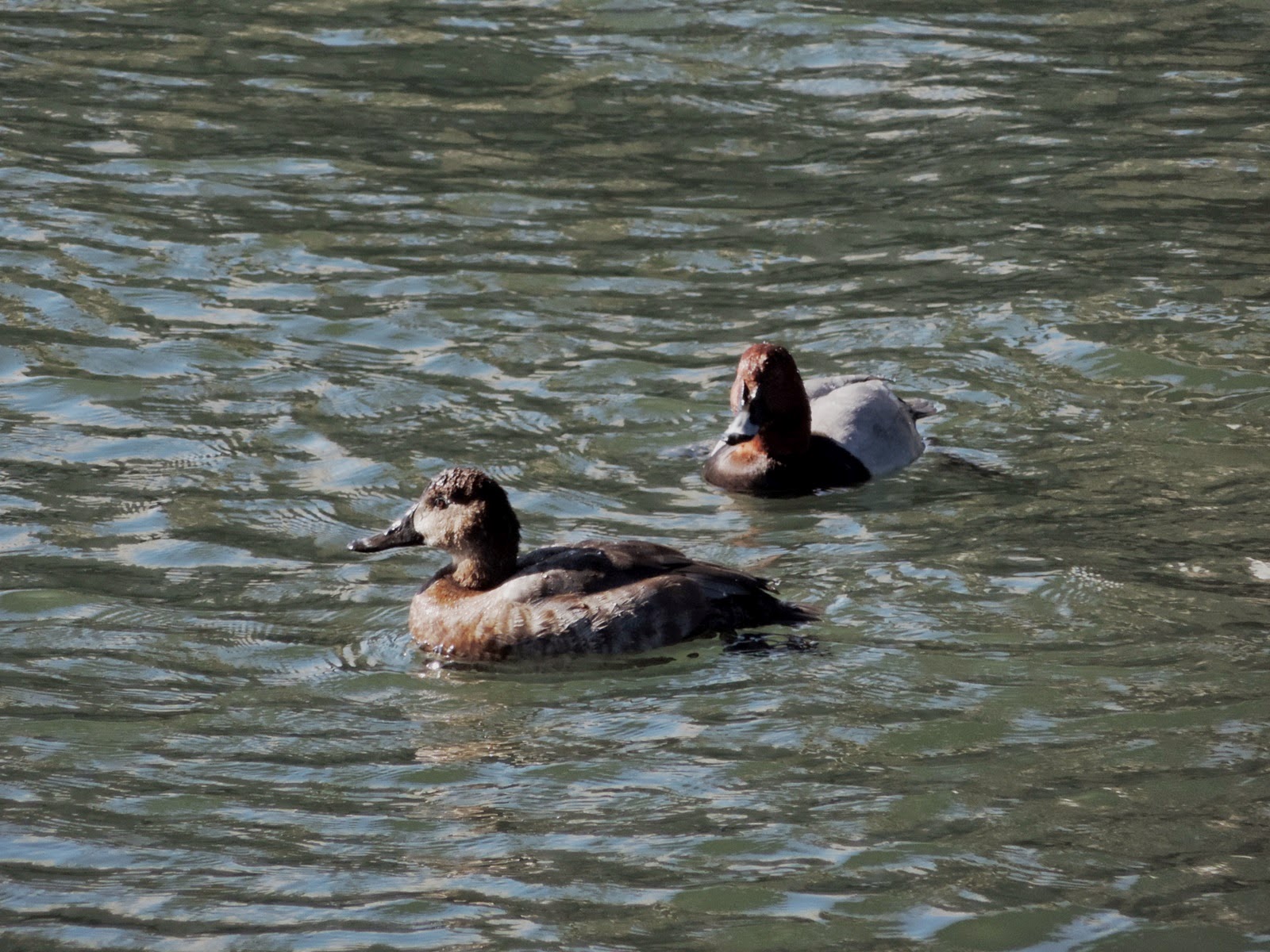 A female was quietly hunting just under the bridge where I was watching them. 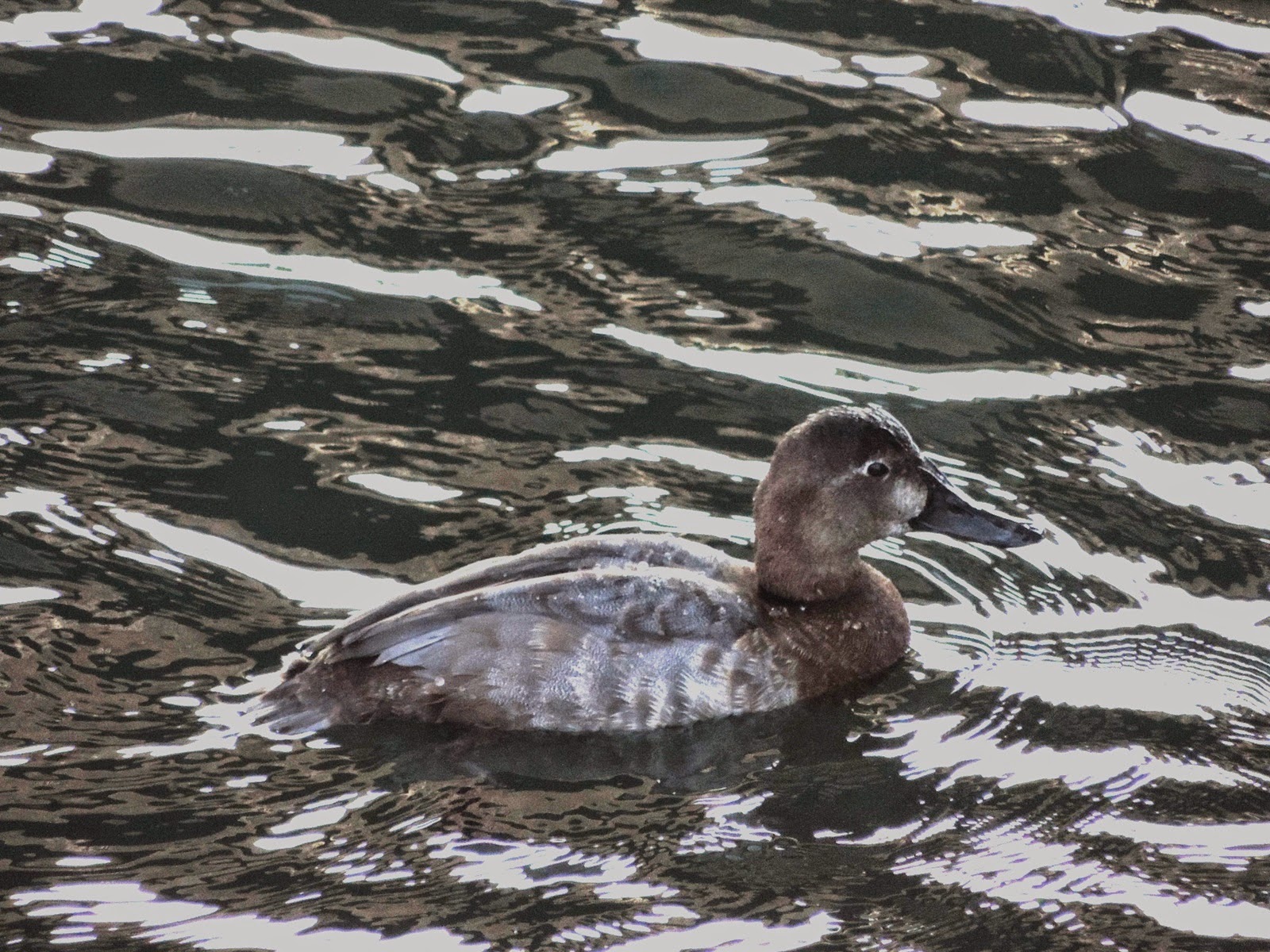 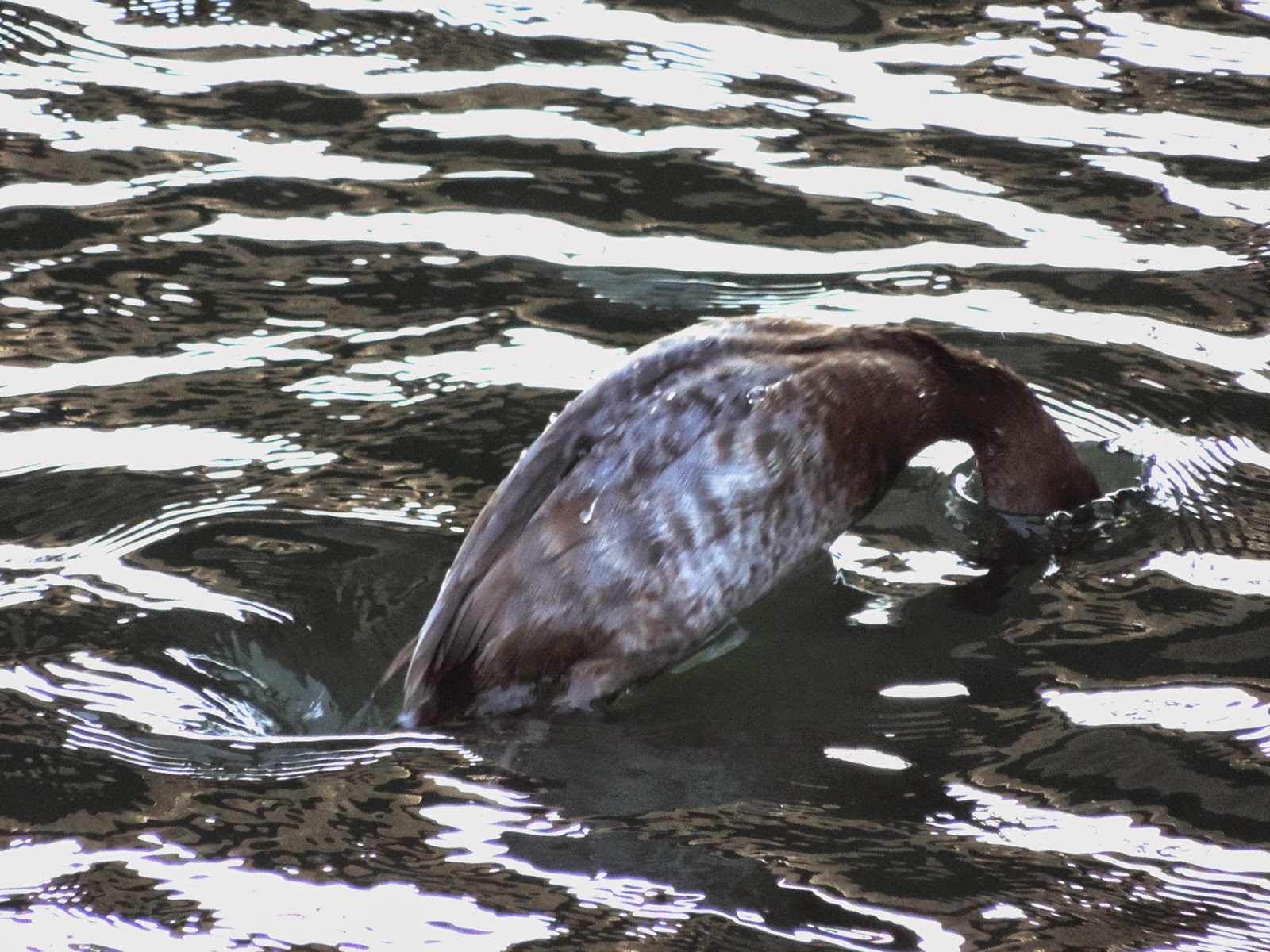 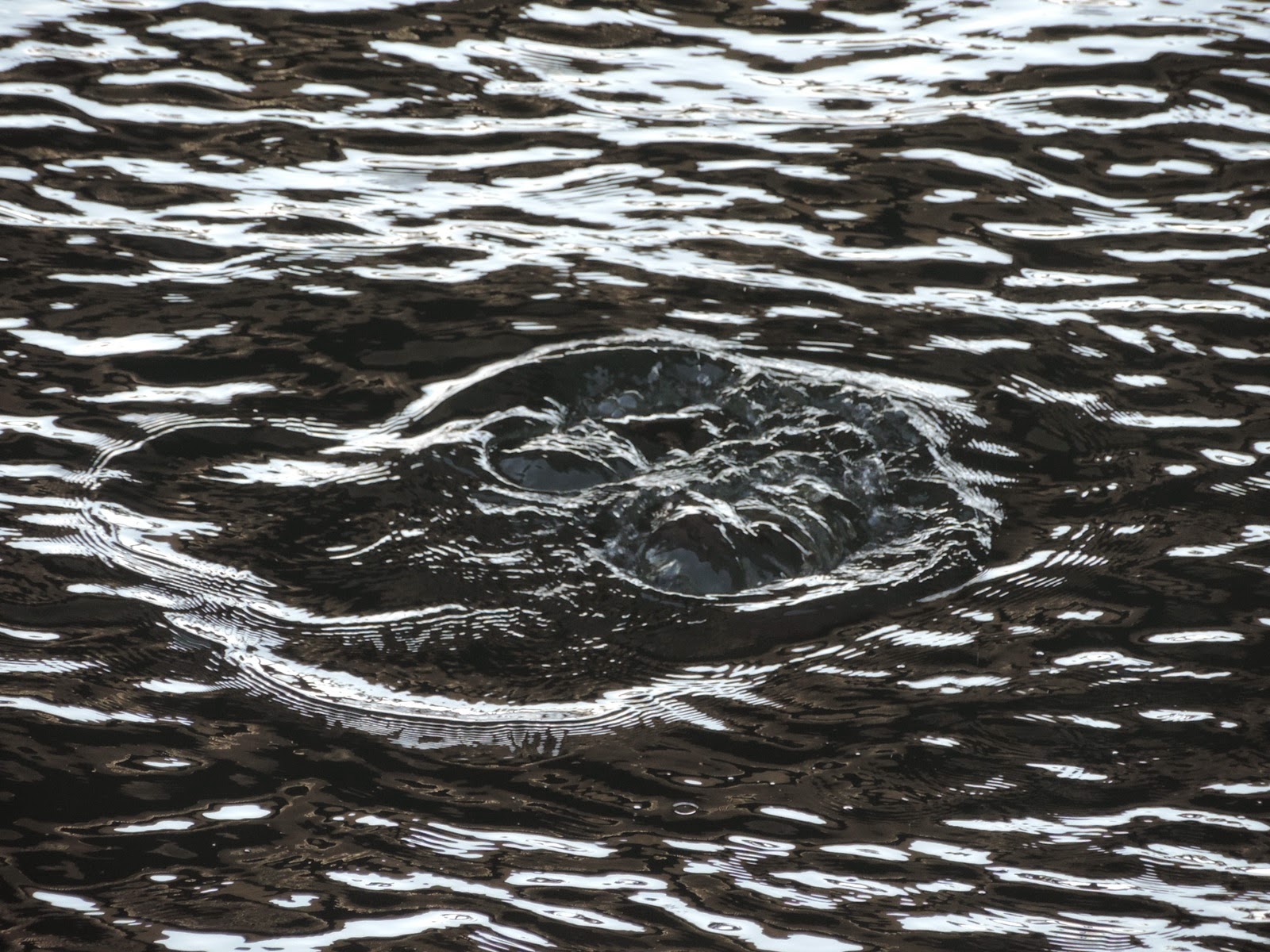 It is amazing how long they can be under water! 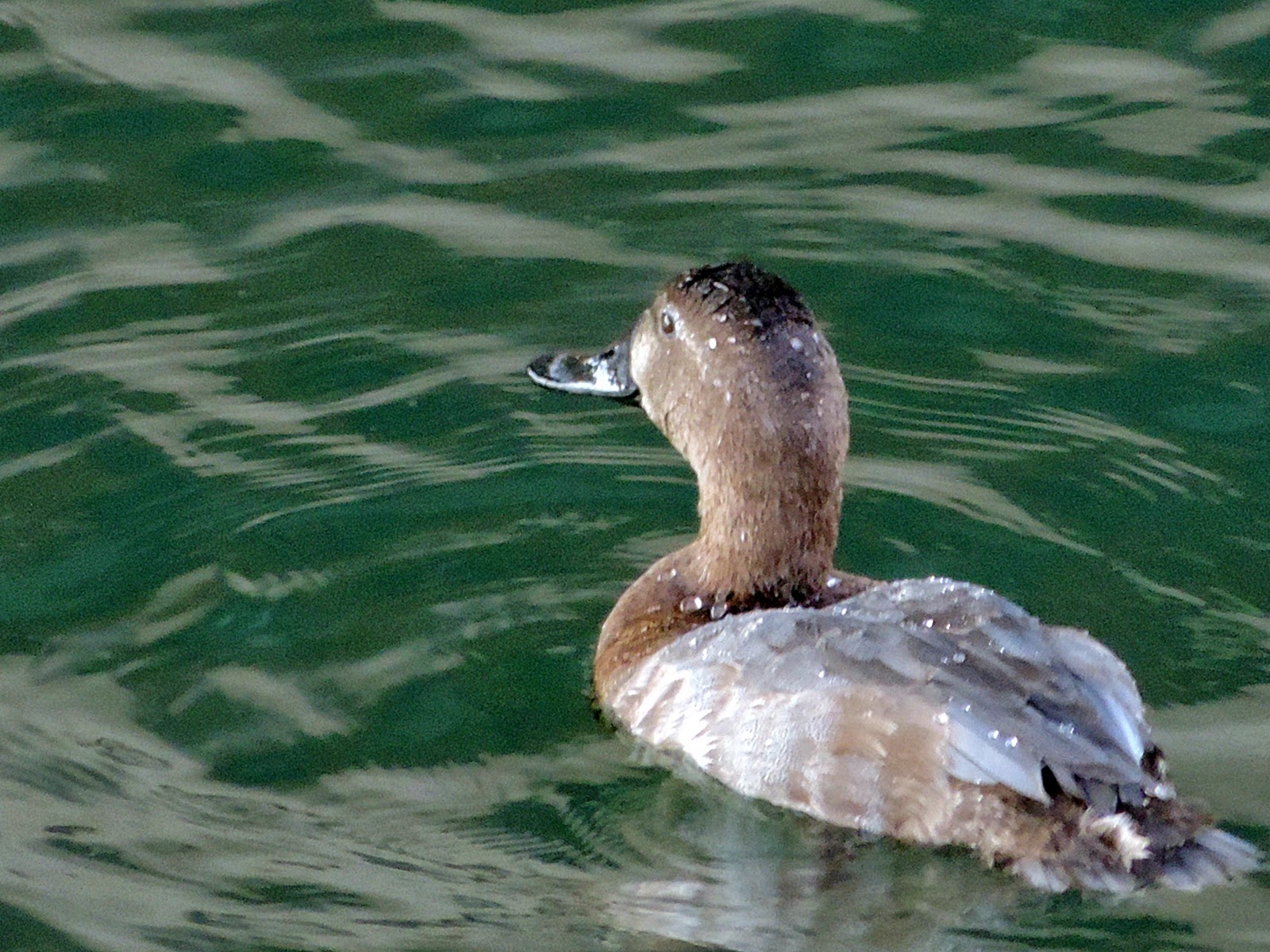 It was not a great place to watch birds as you have to face south (into the sun!) and also there is another bridge for trains just above the foot bridge, where I was standing. But still, I was glad to know the Pochards are here.

This male still has a shabby head:) 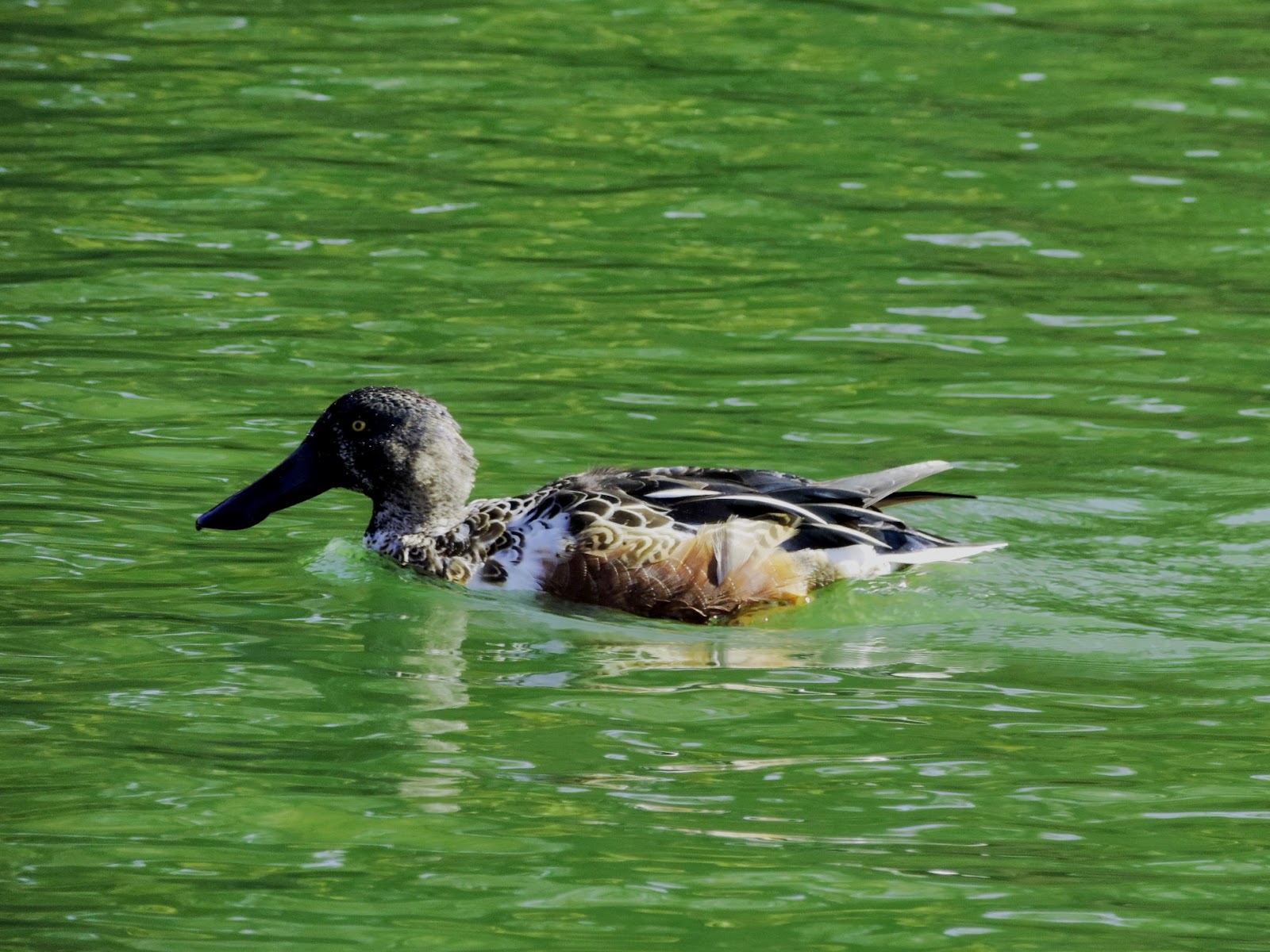 It was a weekend and people with kids fed them with bread, which reminded me of British parks:) 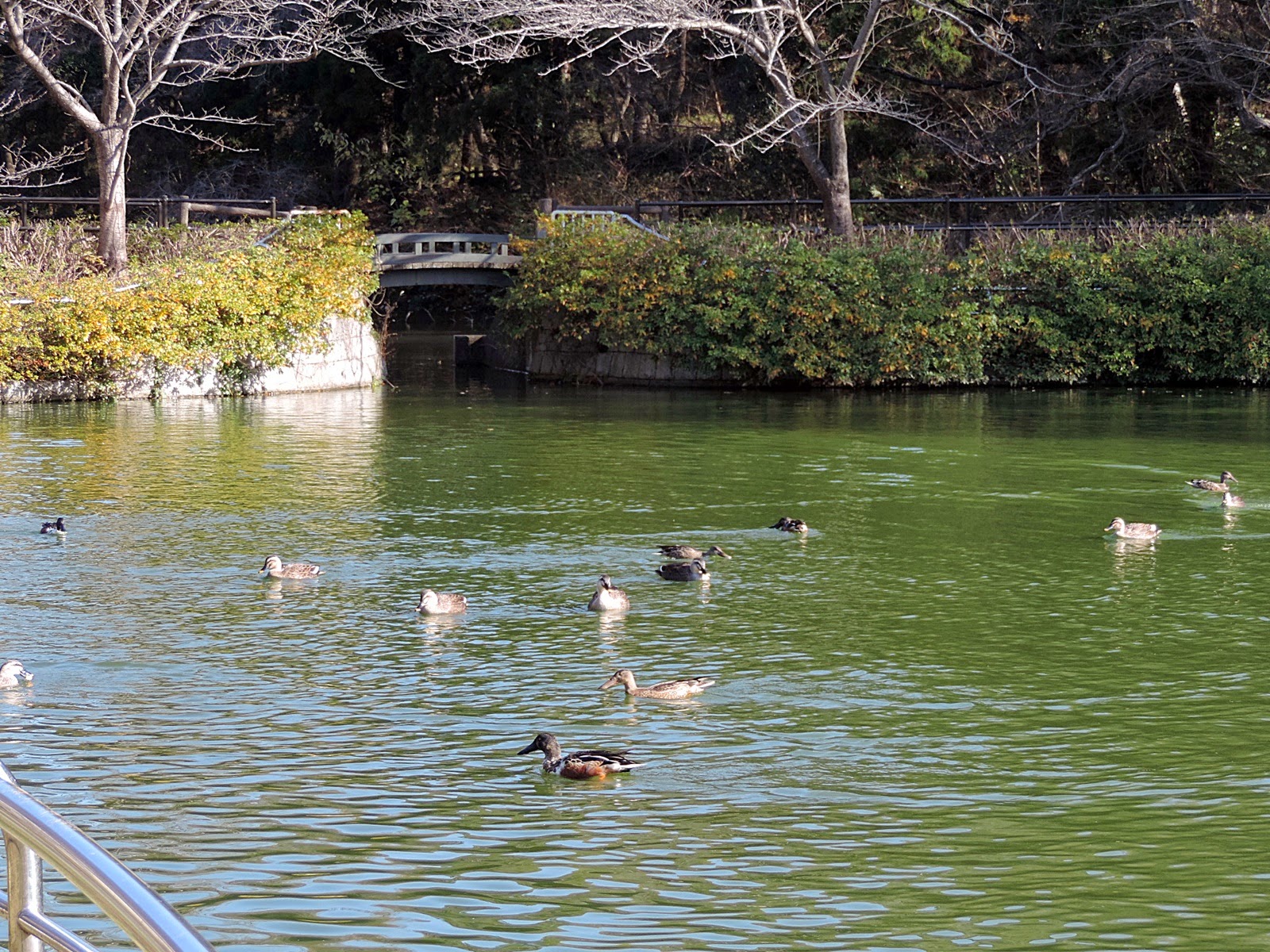 Resident Spotbilled Ducks (Karugamoカルガモ) are a lot bulkier but the shovellers didn't hesitate to get their share! 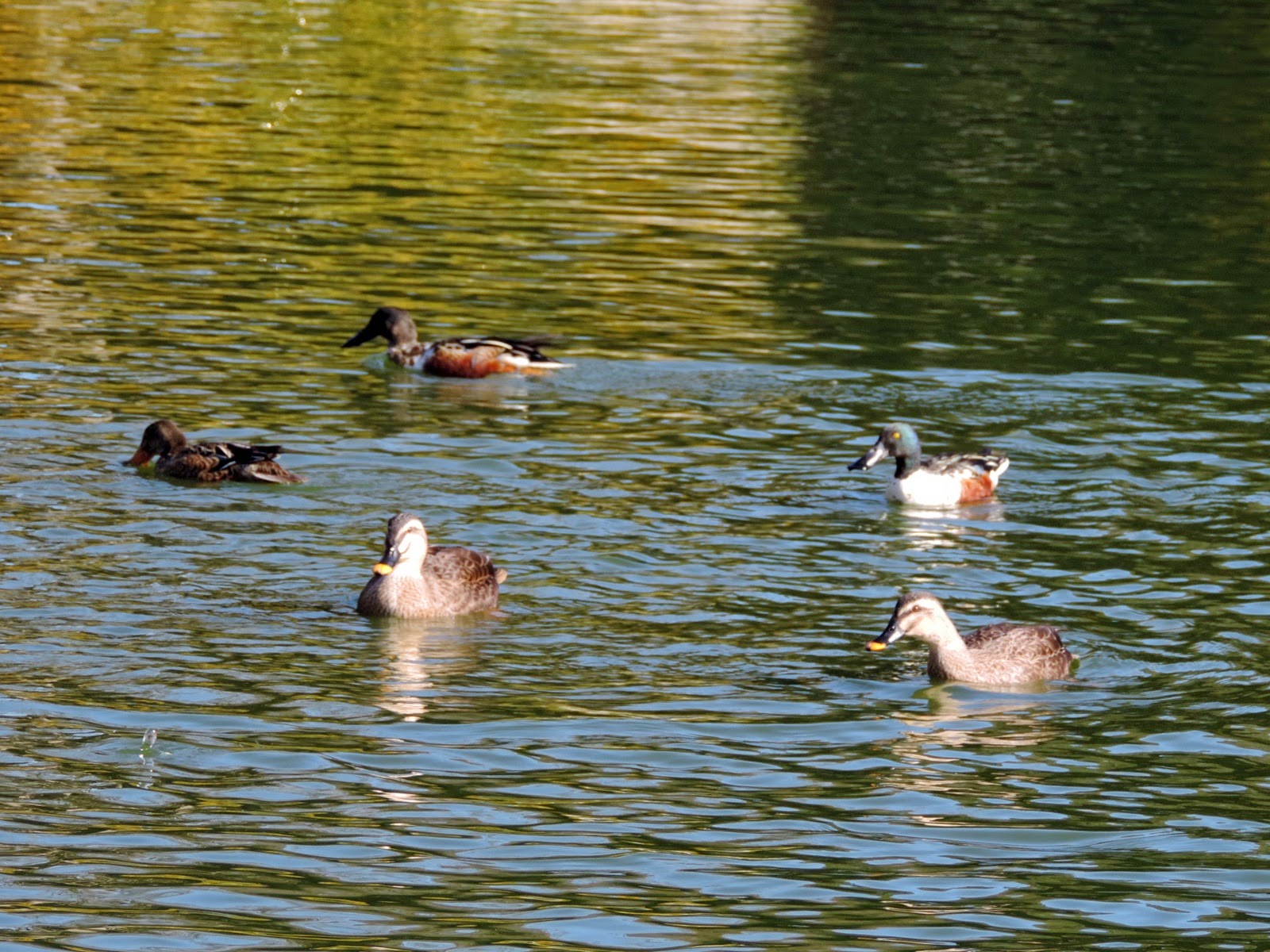 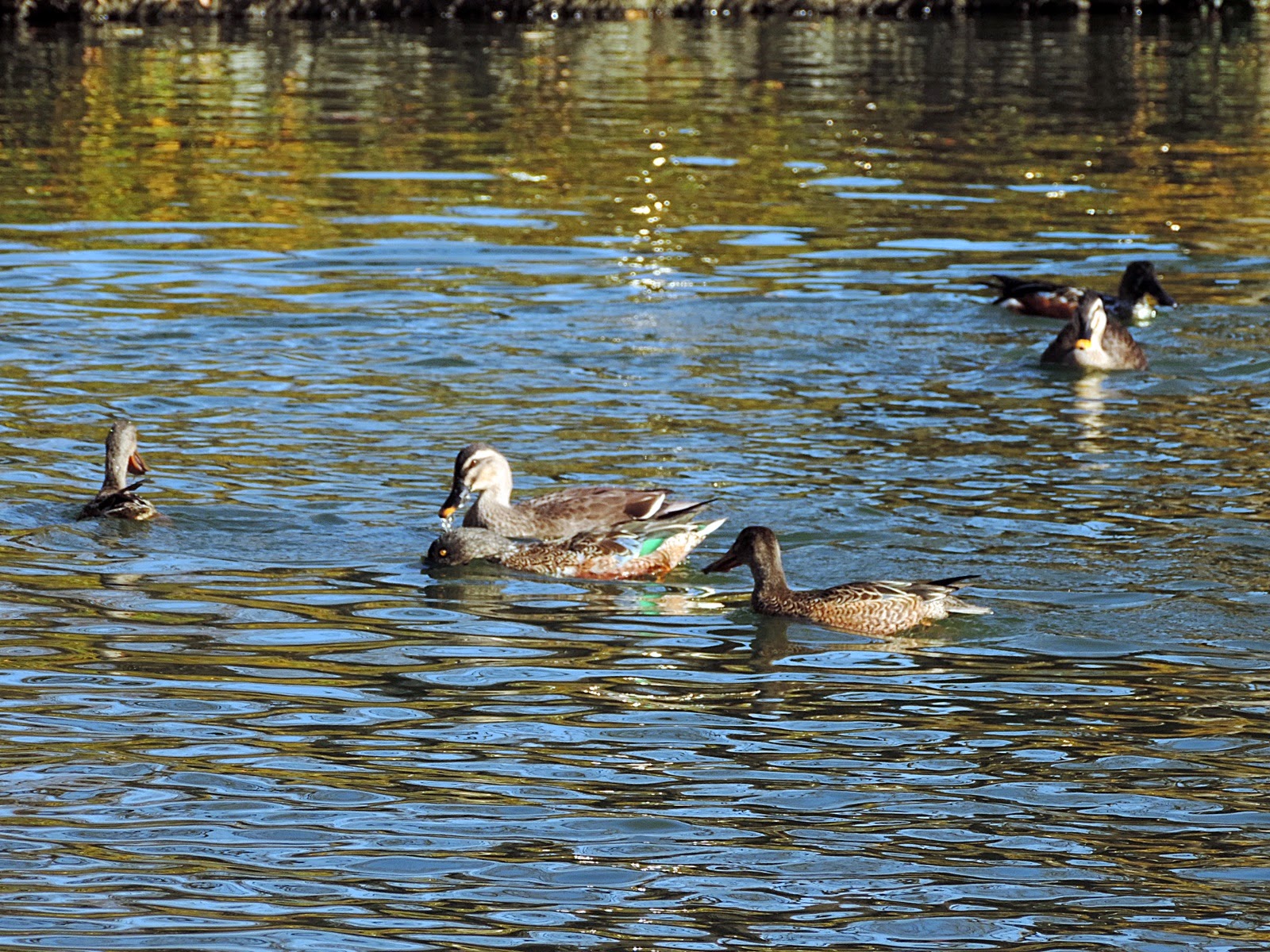 It was a lovely sunny (but very cold) Sunday morning:) 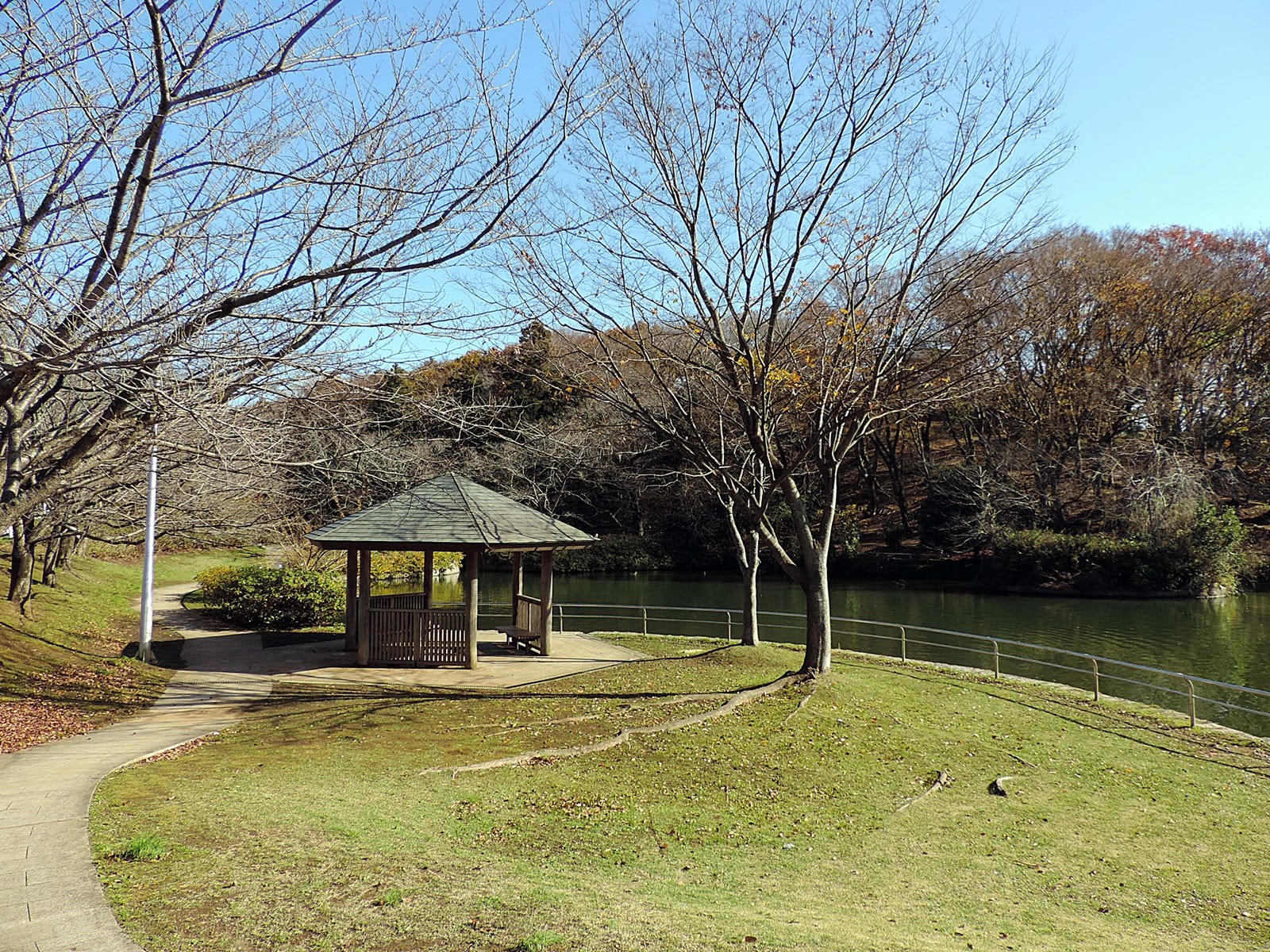