I took a detour on the way to a shop to see if any ducks have arrived in Oyumi Ike but there were only Spotbilled Ducks (Karugamoカルガモ), who are resident around here. 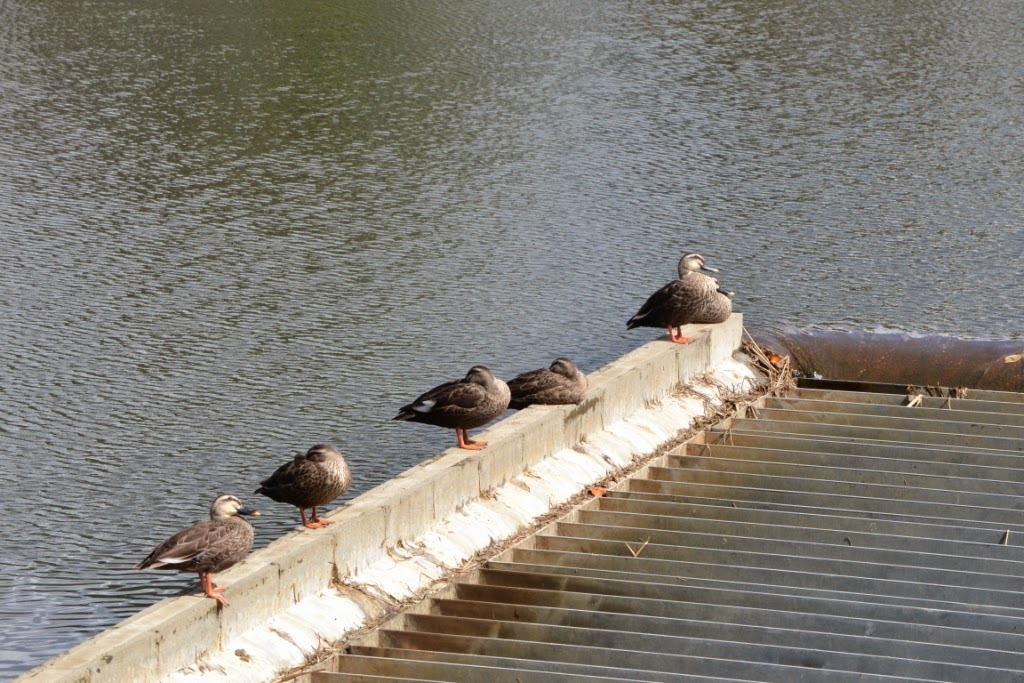 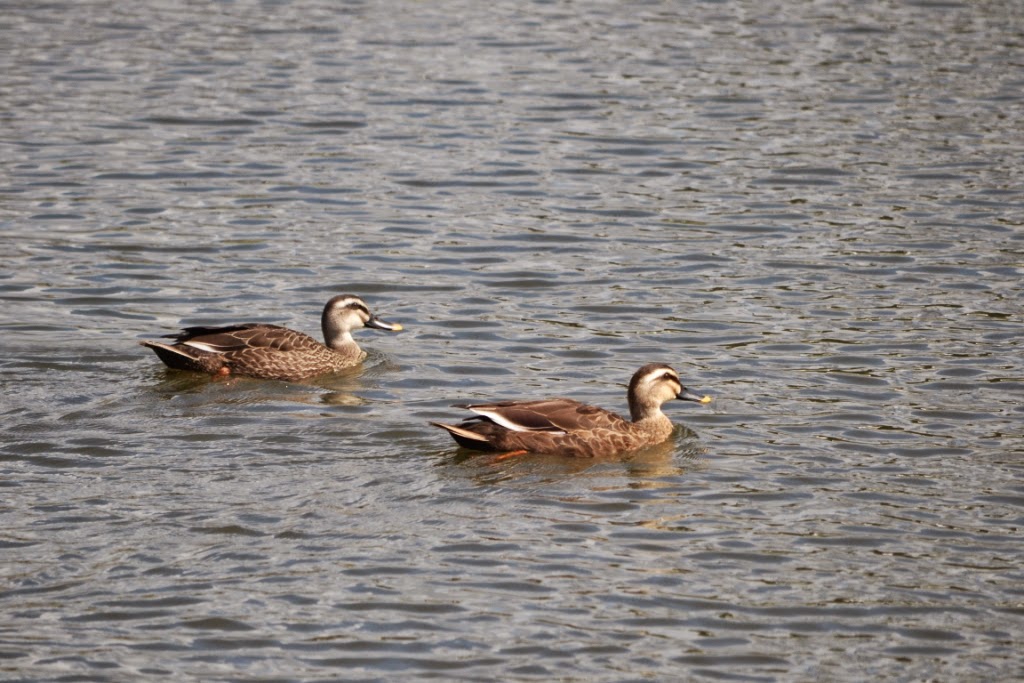 Grey Starlings (Mukudoriムクドリ) were eating berries in one particular tree. There must have been more than 50 individuals and they were really chatty! 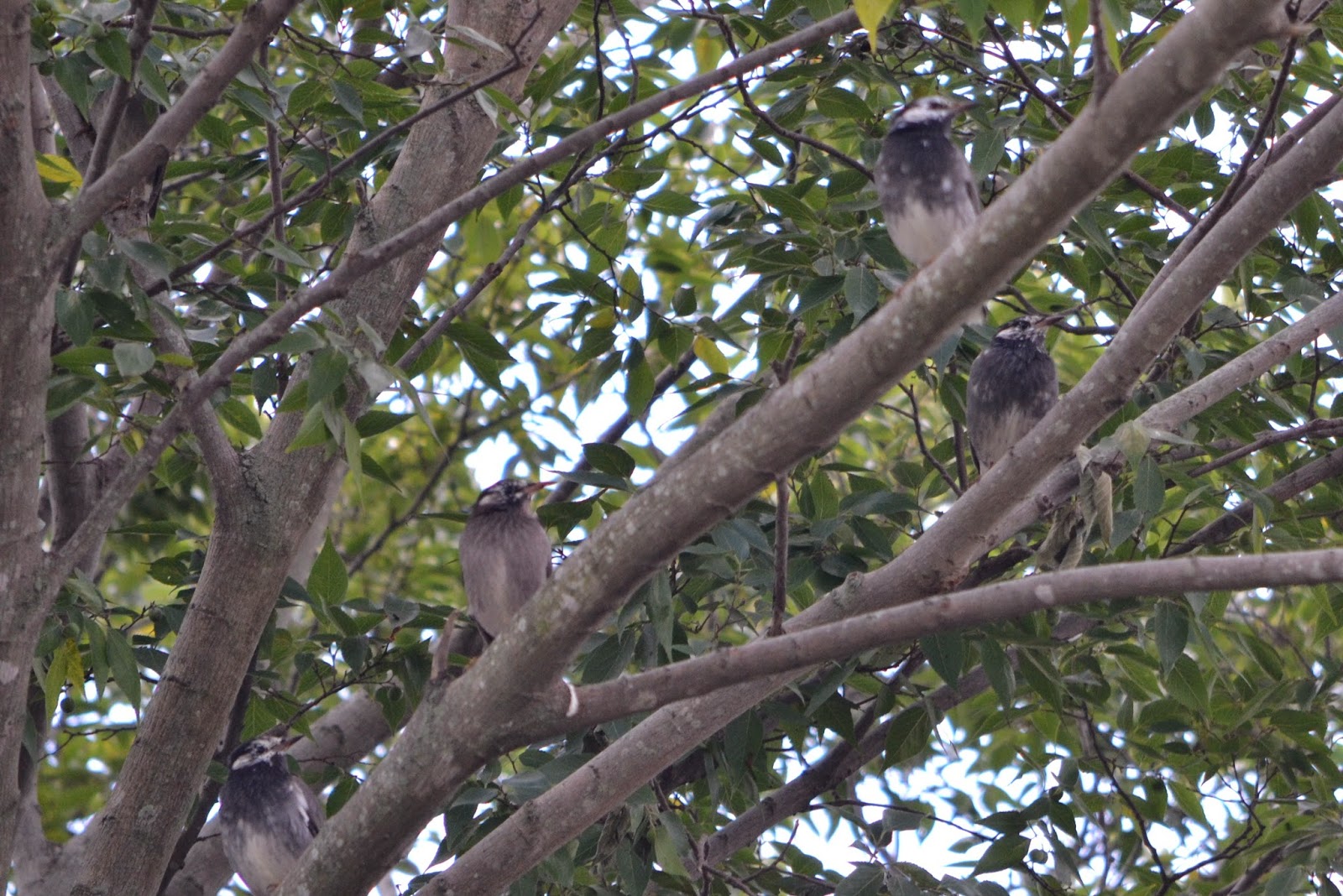 Somebody was moving in the mud very busily. 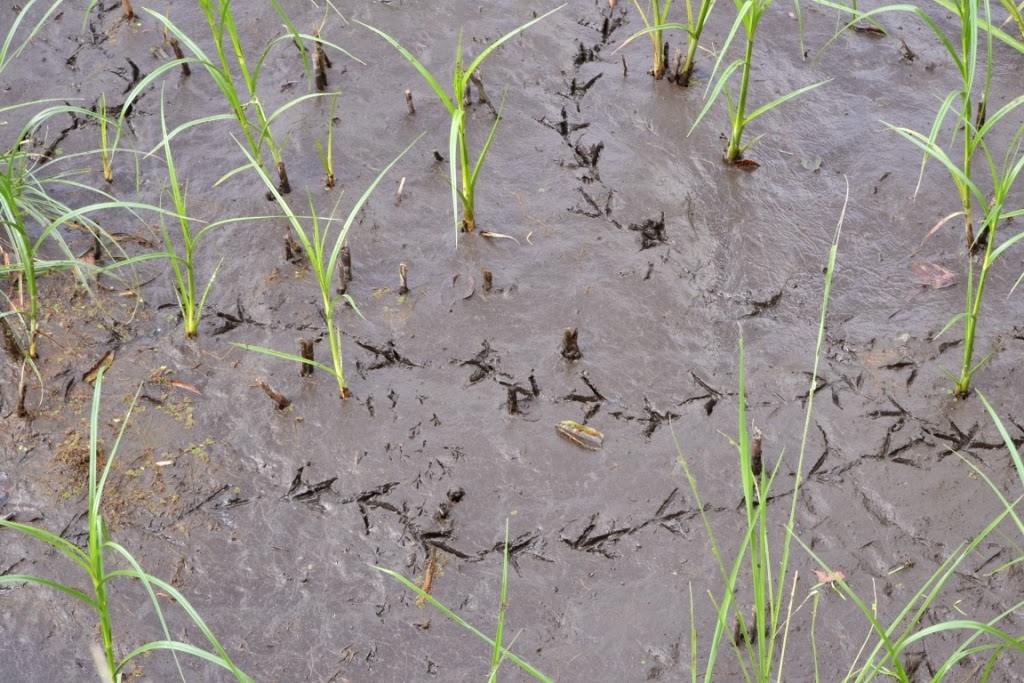 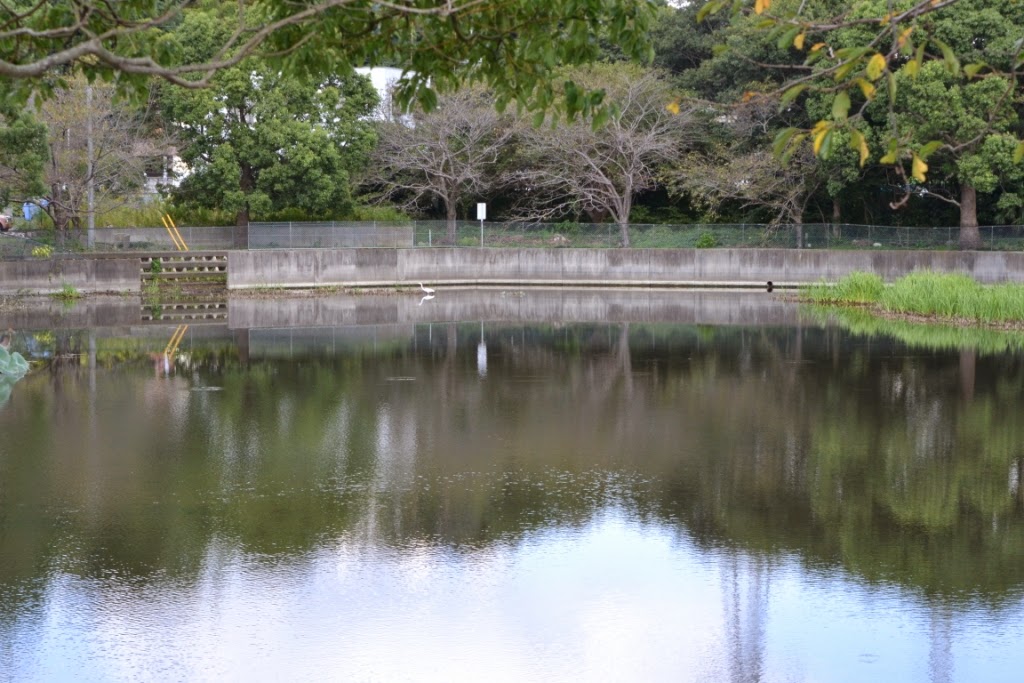 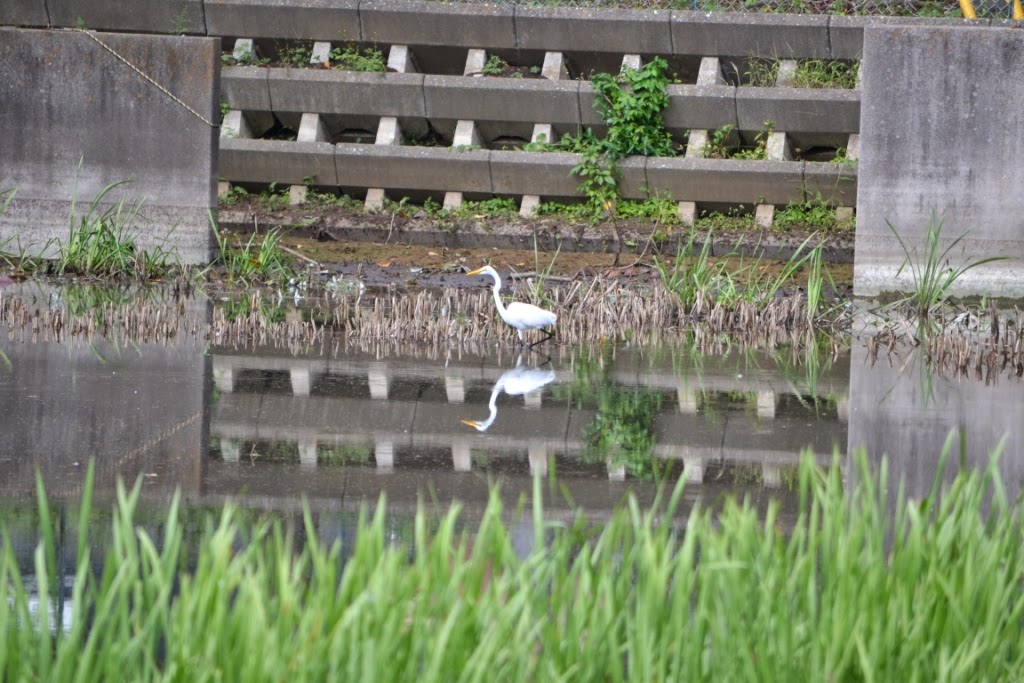 A White Wagtail (Hakusekireiハクセキレイ) spotted me watching him:) 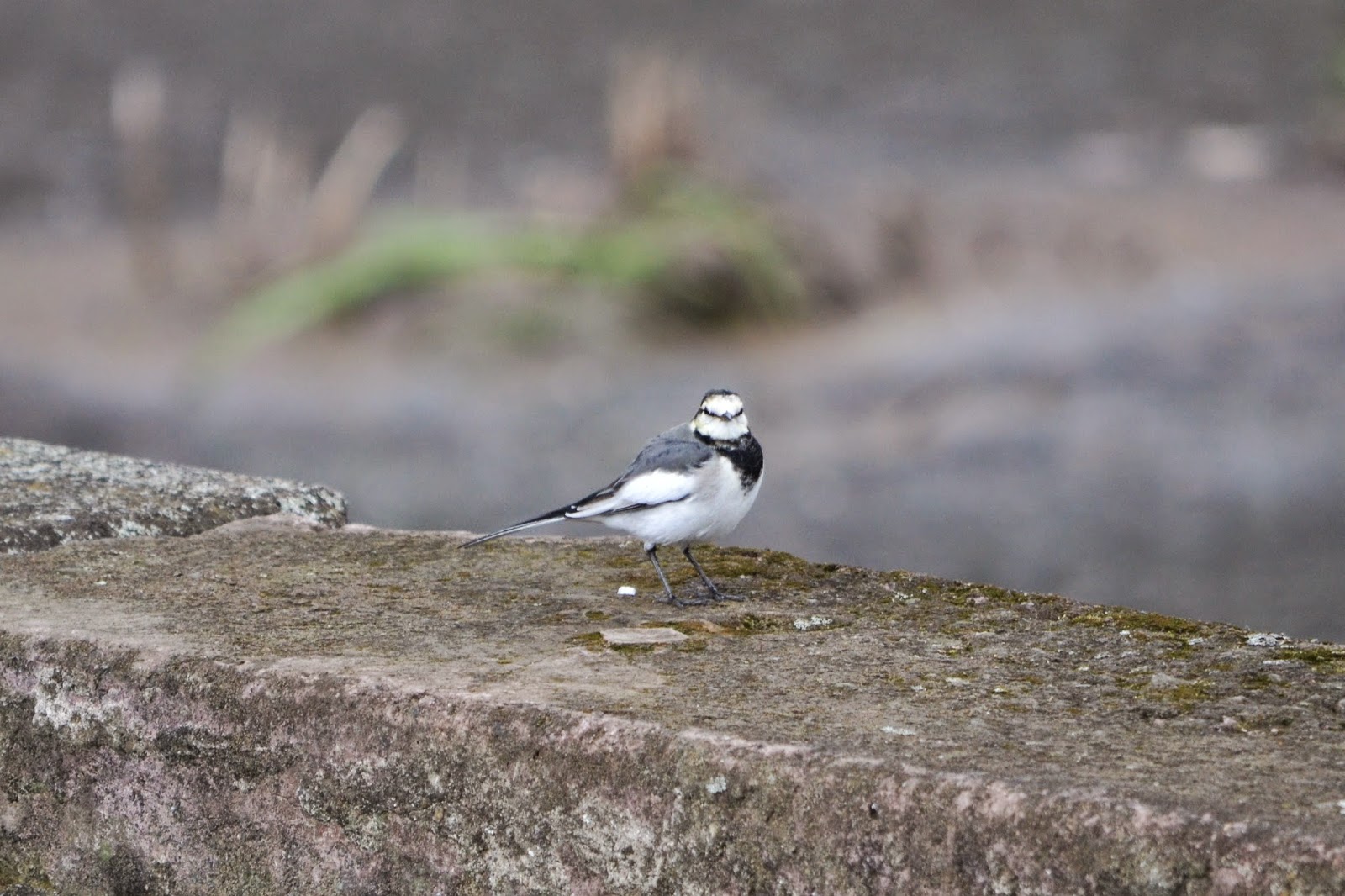 Two Japanese Wagtails were flying around but I couldn't get a pic of them.

Two Bull-headed Shrikes (Mozuモズ) started their distinct shrieking calls to claim their autumn territories on the both sides of the stream.

While one was still calling on an aerial, an Oriental Turtle Dove (Kijibatoキジバト) landed on the same aerial and he just started singing next to him! 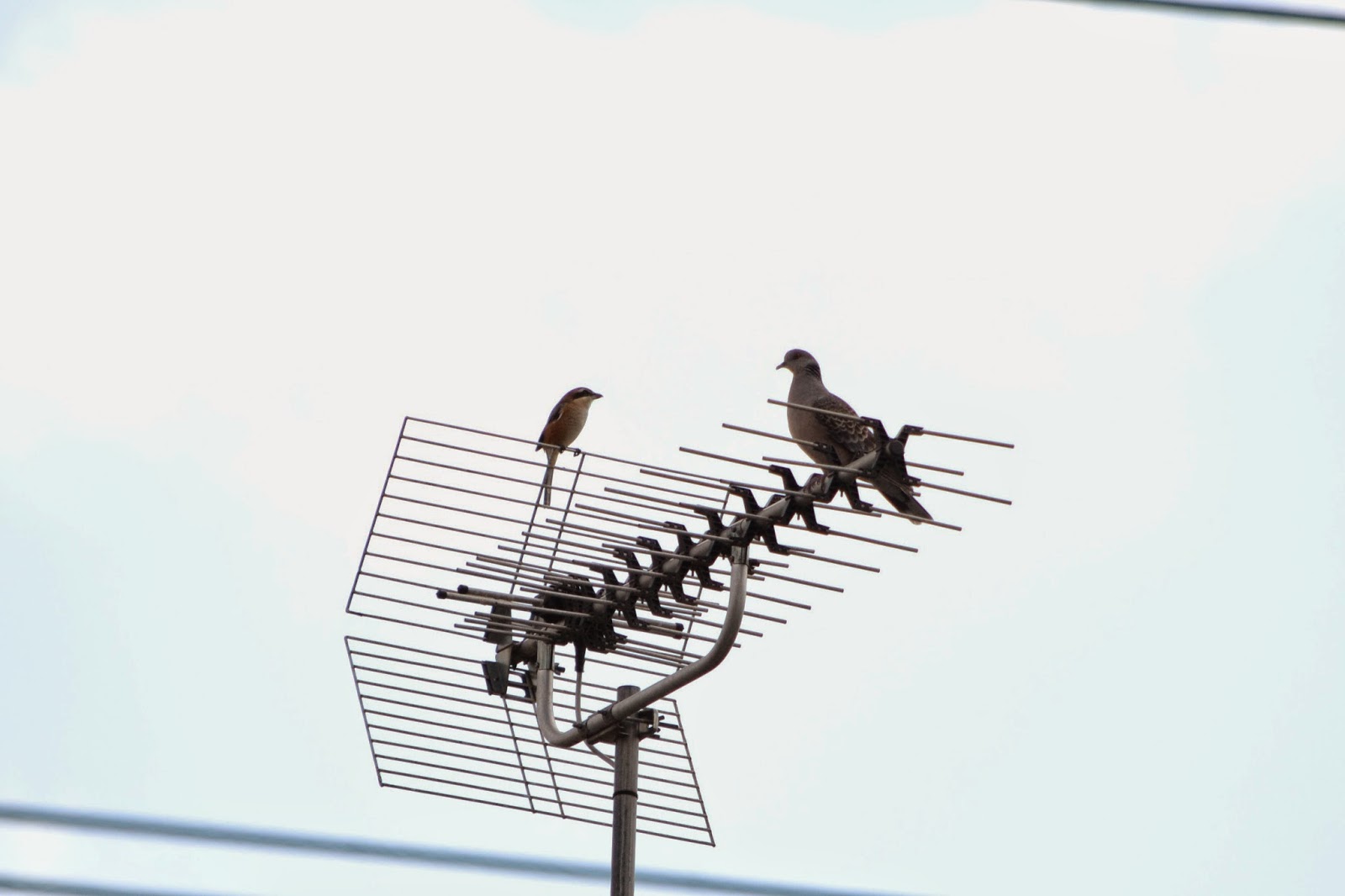 The shrike looked as if it were saying what the hell you are doing in my patch to the turtle dove but... 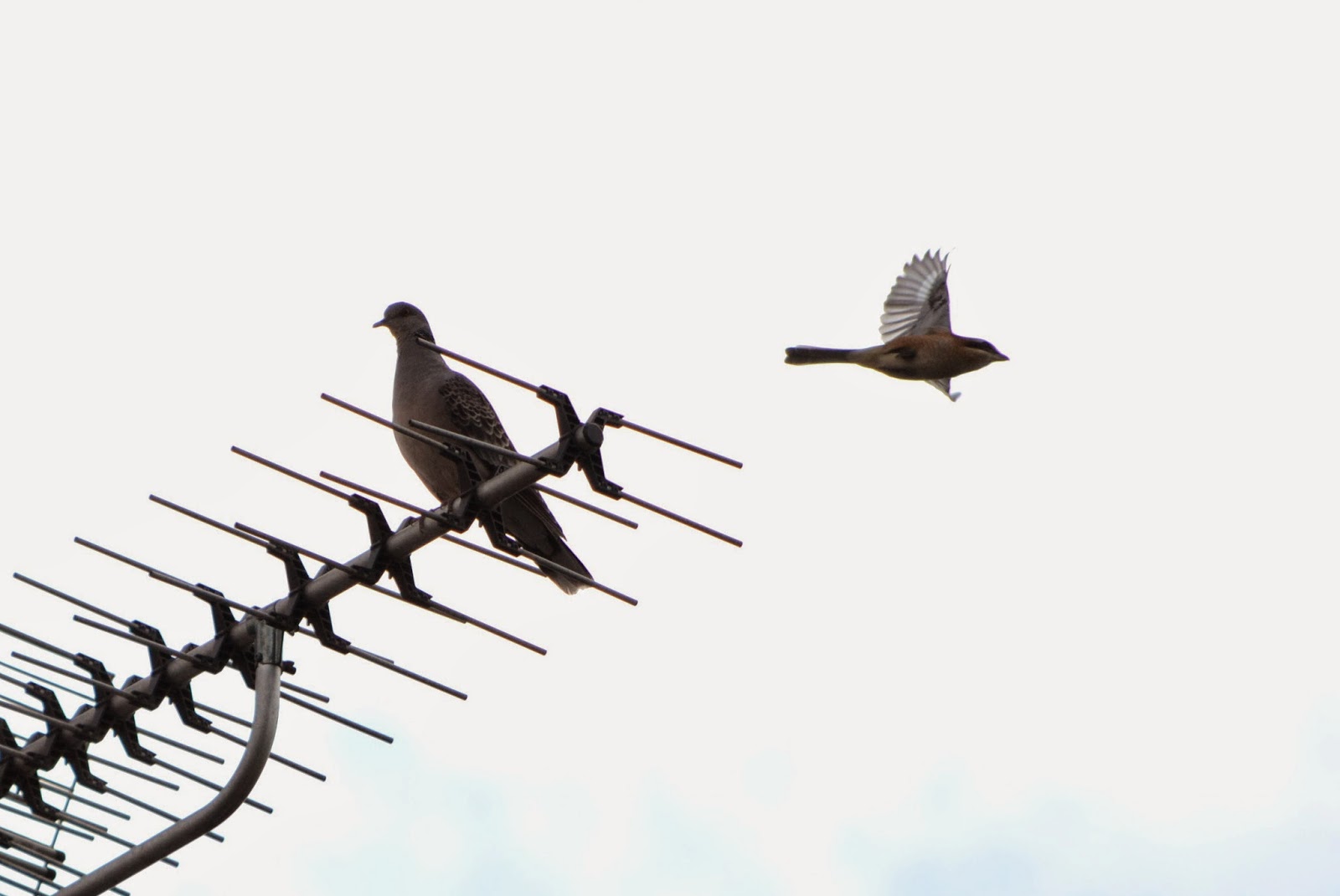 gave up in the end! The turtle dove didn't look bothered at all and kept singing all that time. Funny thing!


Insects were still around too. 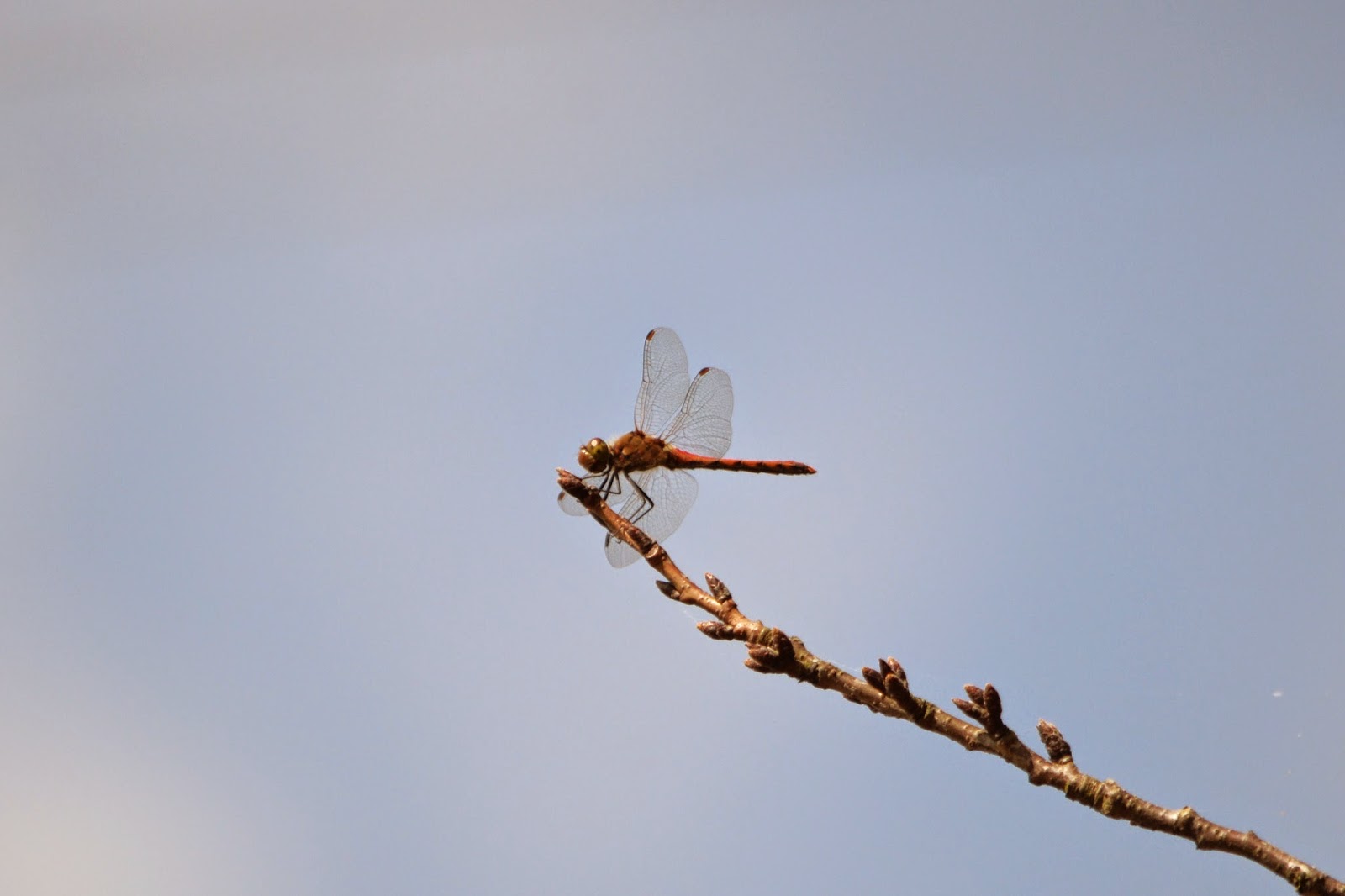 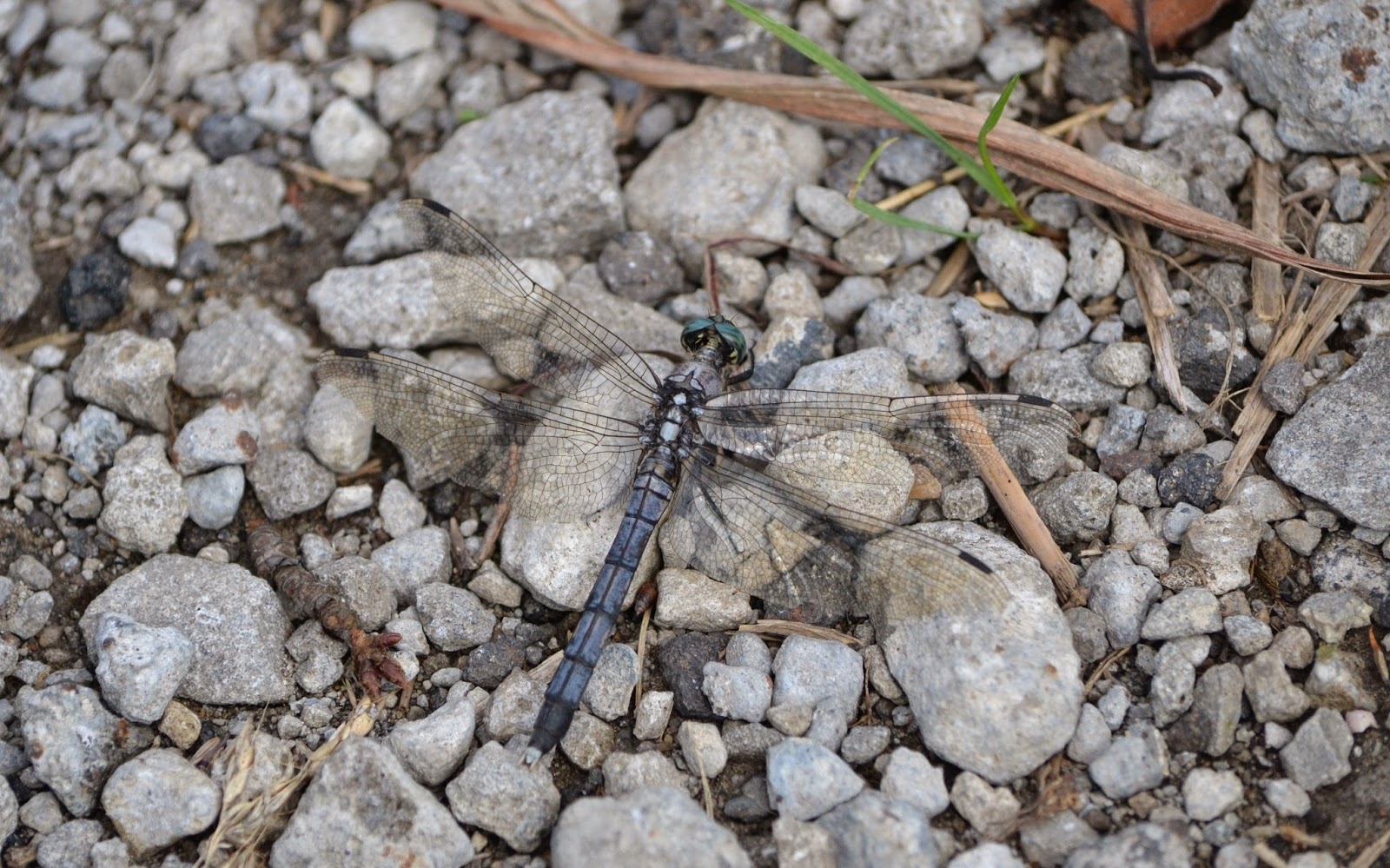 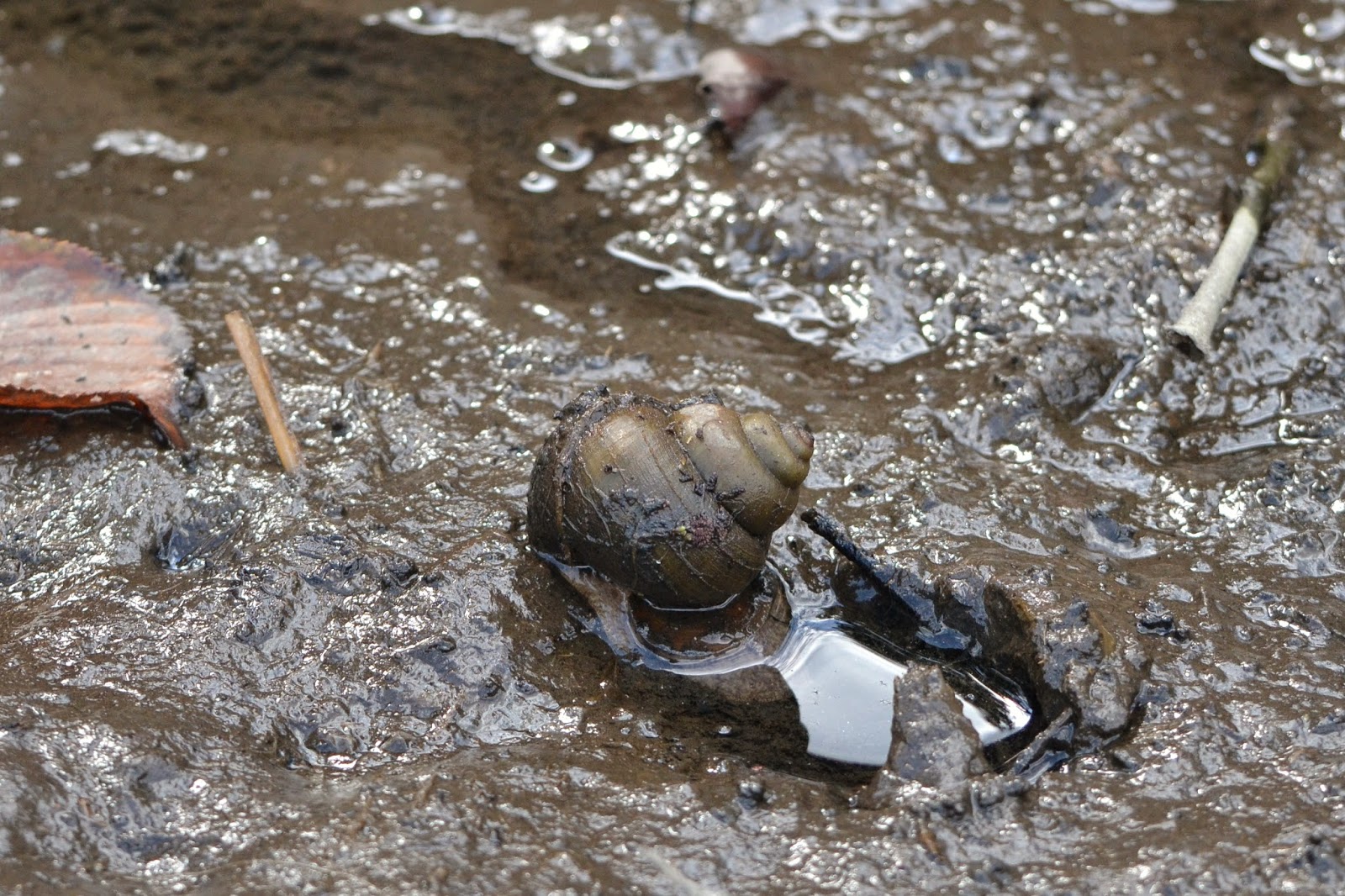 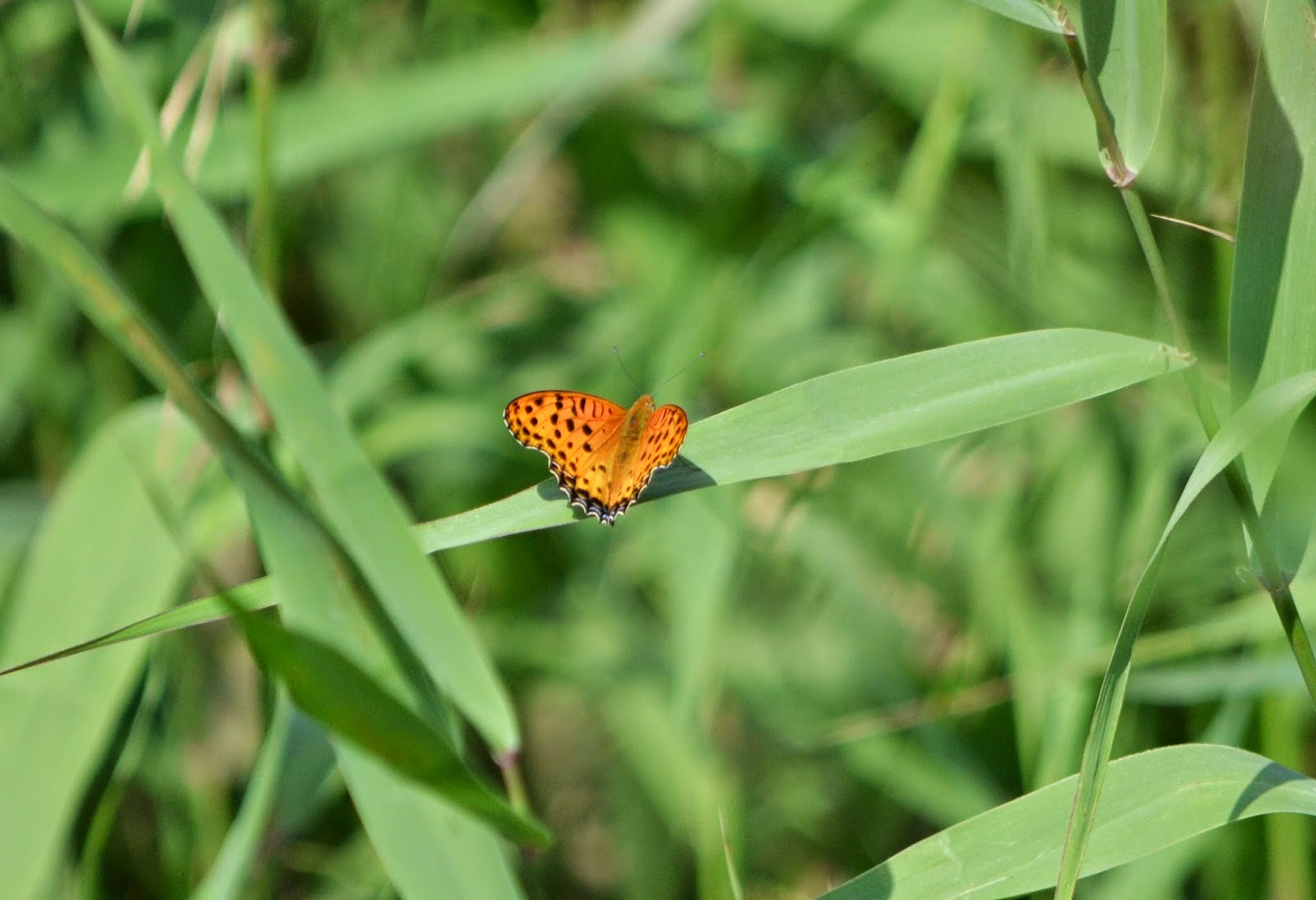 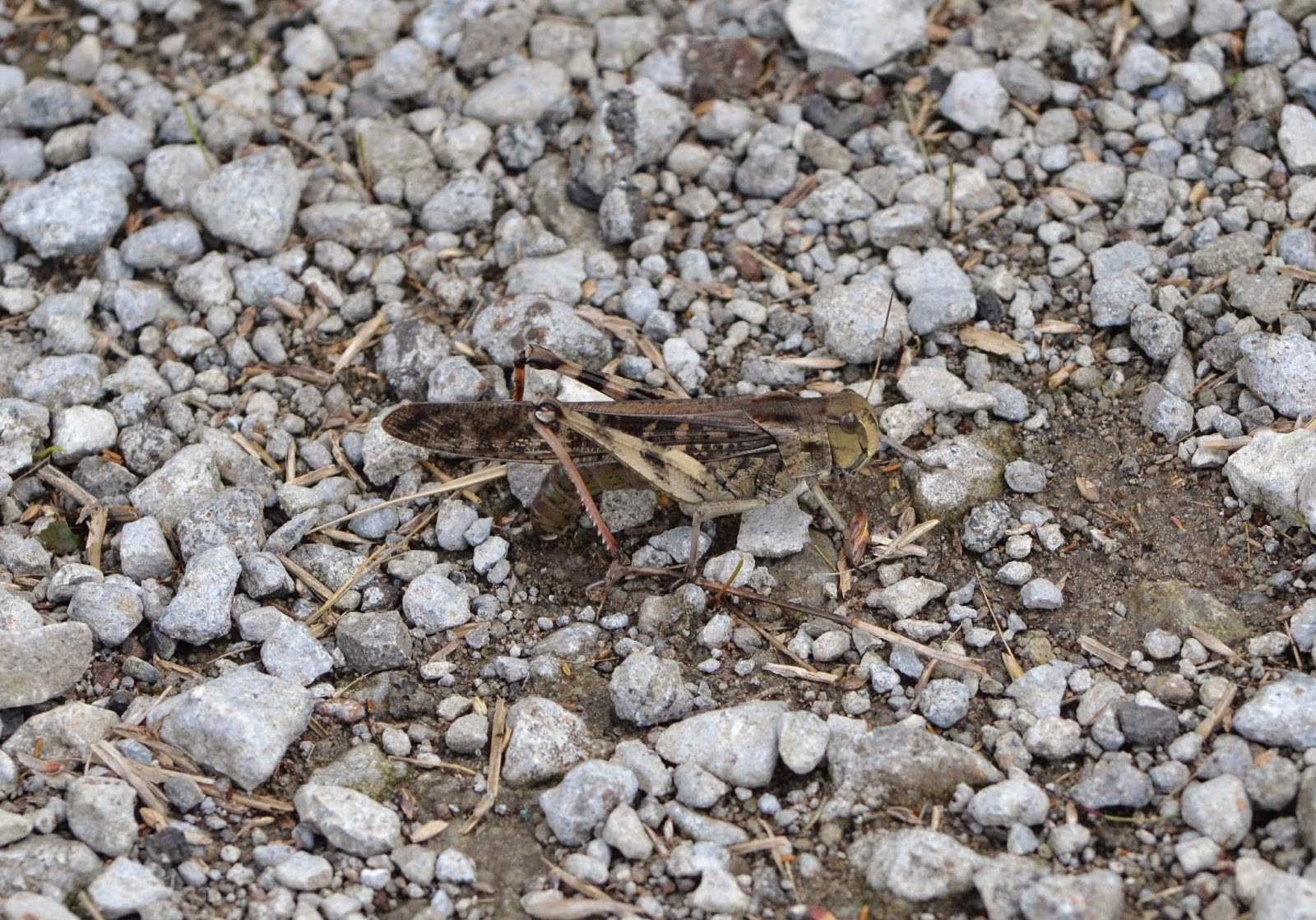 This grasshopper looked like it was laying eggs, inserting her lower abdomen in the ground between the pebbles. Interesting!
at 16:53