October is thought to be a lovely month here in the Kanto area, I mean weather-wise after a long, hot and humid summer, but it isn't the case this year. A couple of typhoons have hit or nearly hit the pacific coast of Japan in the last 3 weeks and they have brought so much rain. Not good for birding! When I had found a few hours before the rain started on my day-off, I hurried to a pond in a park, which I had noticed on a local map a few days earlier. 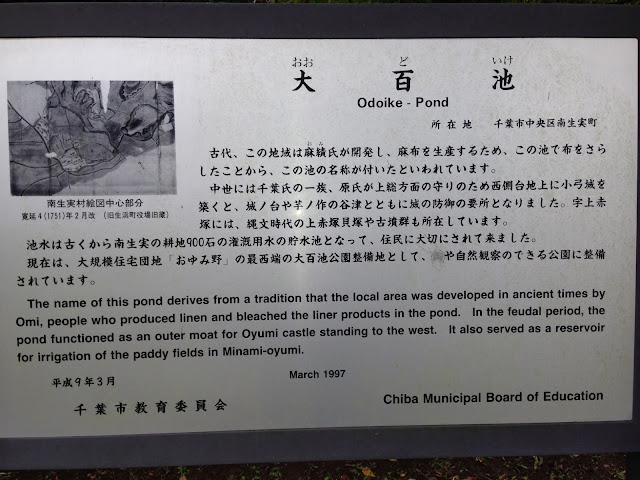 Although a local railway is running through the park, the trains run only 3 times an hour, which makes the park quite a quiet place. 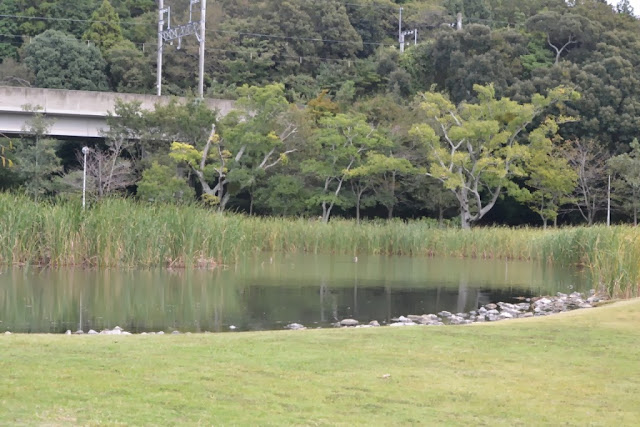 On my arrival, I was welcomed by these three...
from the left: a male Shoveller in eclipse plumage (Hashibirogamoハシビロガモ), a Moorhen (Banバン) and domestic duck (Ahiruアヒル) 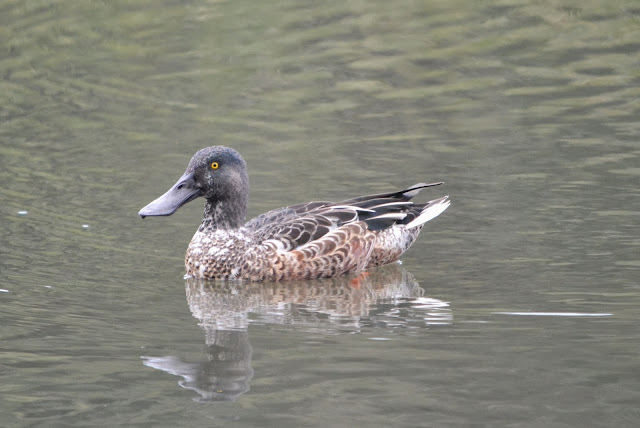 I saw 3 Shovellers on the lake and all three were males in eclipse plumage. Where are the missuses? 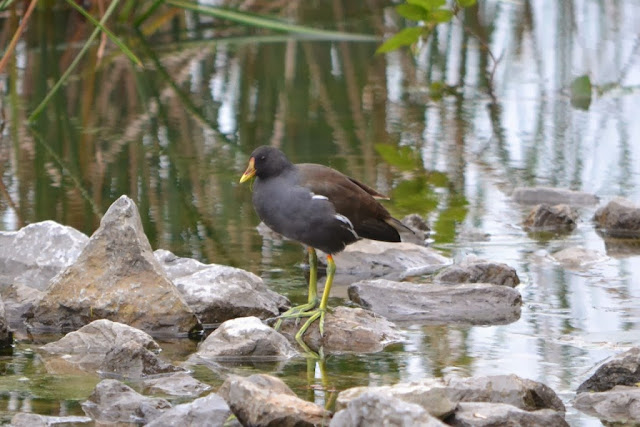 A young Moorhen (Banバン) was watching me walking on the shore. 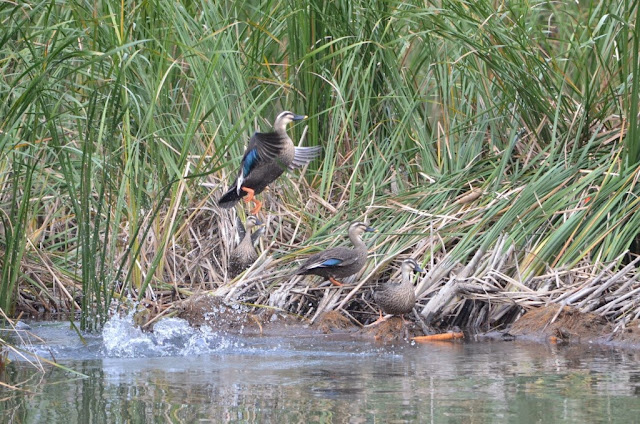 Moorhens, a Shoveller and a Coot (Oobanオオバン)

I heard the calls of wagtails but they didn't sound quite right for white wagtails. 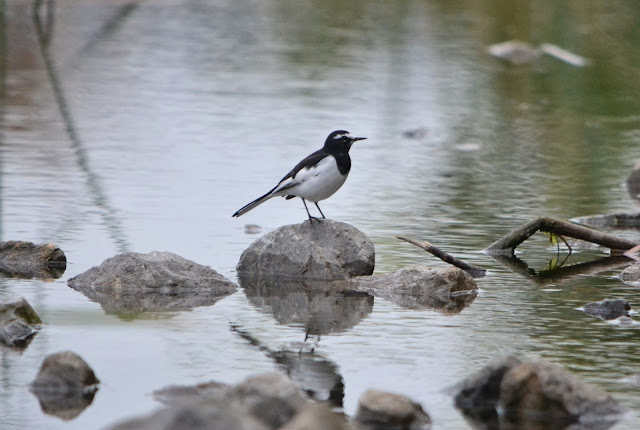 They were Japanese Wagtails' (Segurosekireiセグロセキレイ). 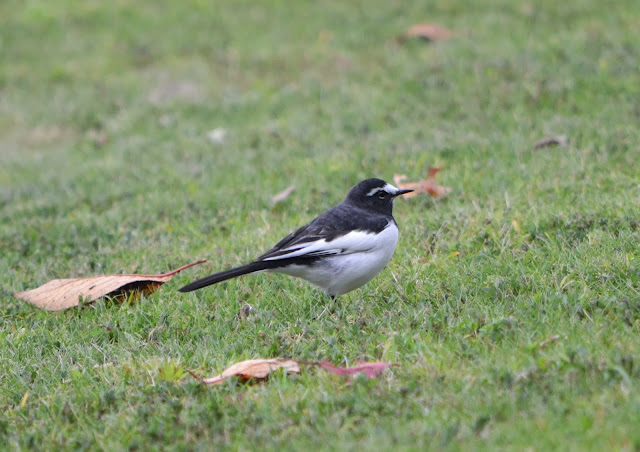 There were 5 of them around the pond, fighting for their territories? 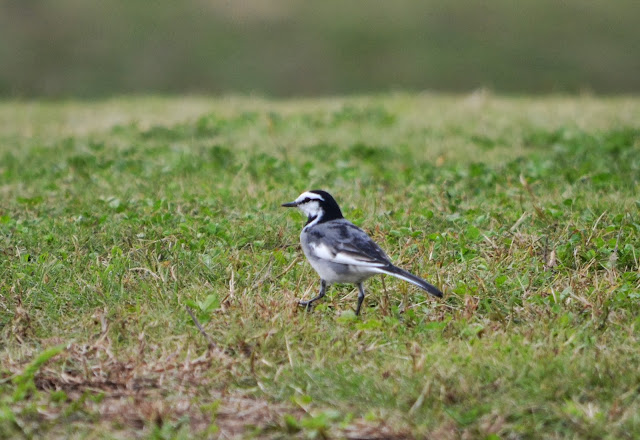 White Wagtails (Hakusekireiハクセキレイ) were seen too. 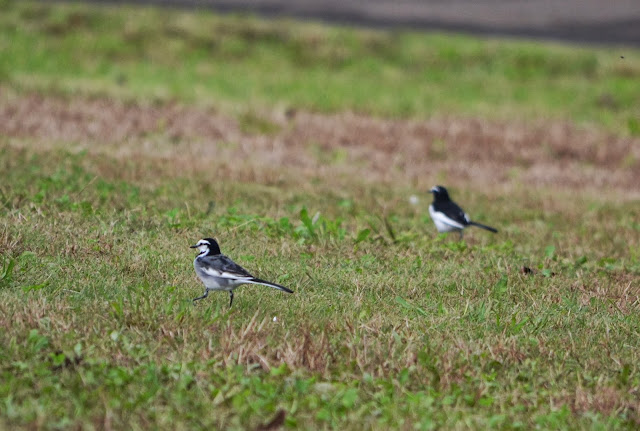 The Japanese Wagtail looks slightly larger and more plump than a White Wagtail. 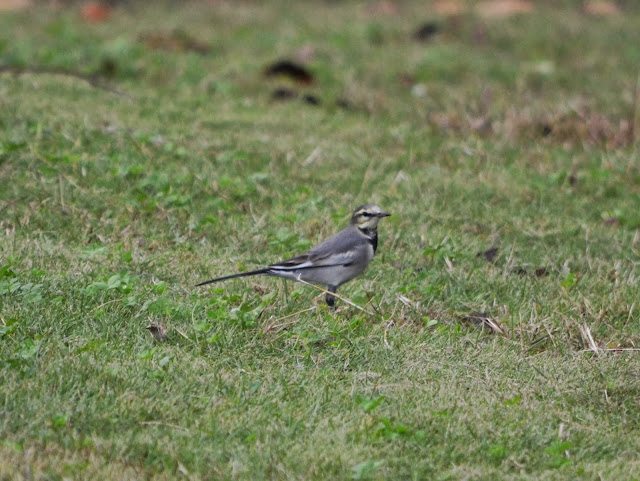 This juvenile White Wagtail was chased away by a Japanese Wagtail. What a bully!

The sky was getting darker and when I decided to leave the park, all the crows went mad on the other side of the pond. 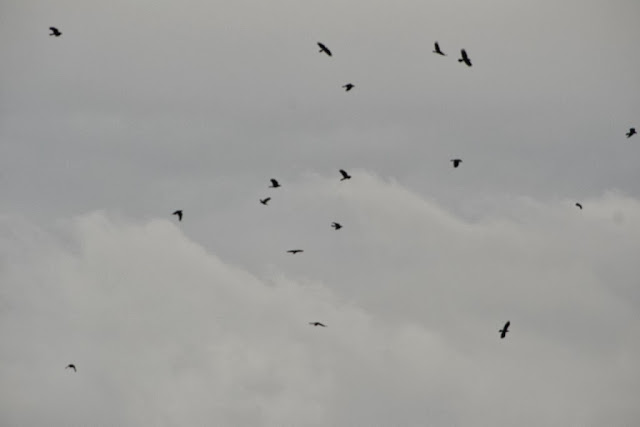 A Goshawk (Ootakaオオタカ) appeared from nowhere, 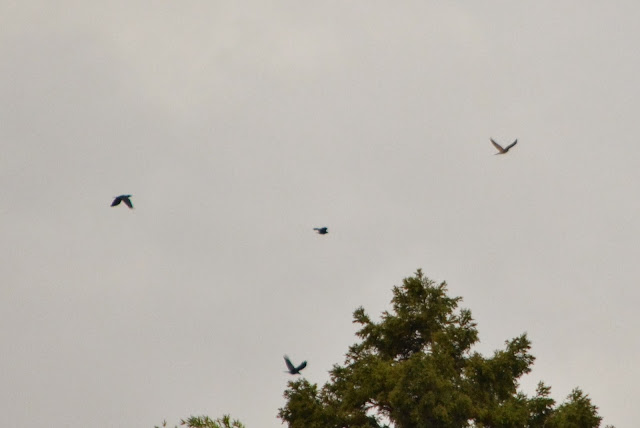 kept being mobbed and eventually seemed to give up...