From the hides on the way back to the station around the lake, some lovely waders were seen. 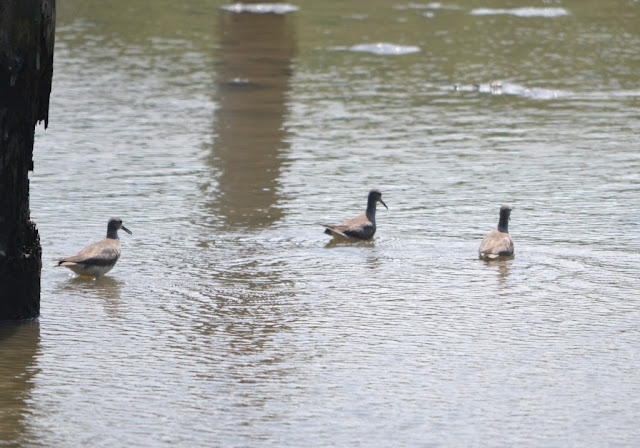 Three Grey-tailed Tattlers (Kiashishigiキアシシギ) flew onto the lake just in front of the hide window. 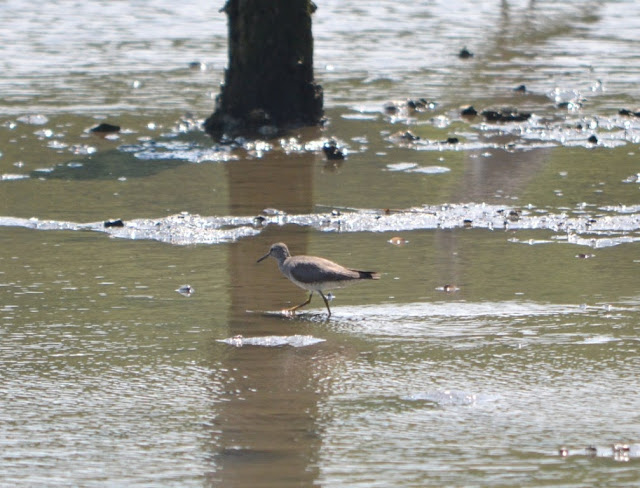 Their Japanese name, Kiashishigi, means a yellow-legged wader and you can see why! 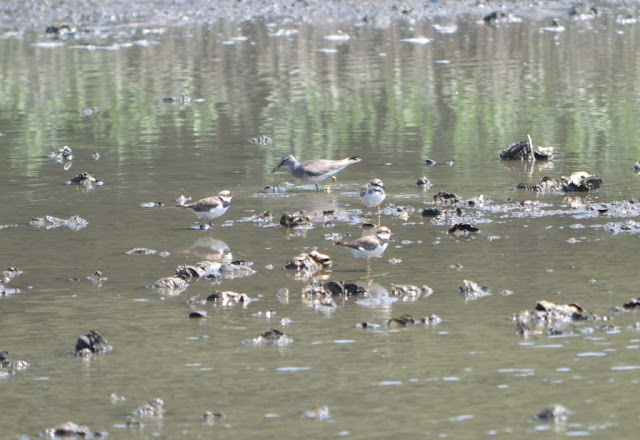 A couple of Little Ringed Plovers (Kochidoriコチドリ) and a Grey-tailed Tattler were wading in the shallows. 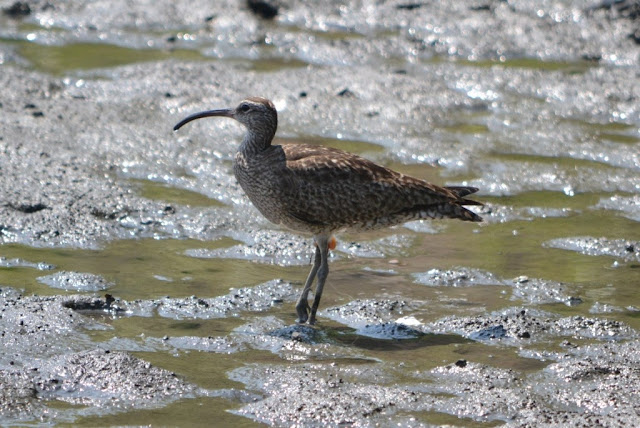 A lone Whimbrel (Chushakushigiチュウシャクシギ) was standing still, maybe saving energy?
When he moved a bit, I thought he was limping so I checked the photos when I got back home on the computer screen. He's got a fishing line or some kind of thread coming down from his leg. 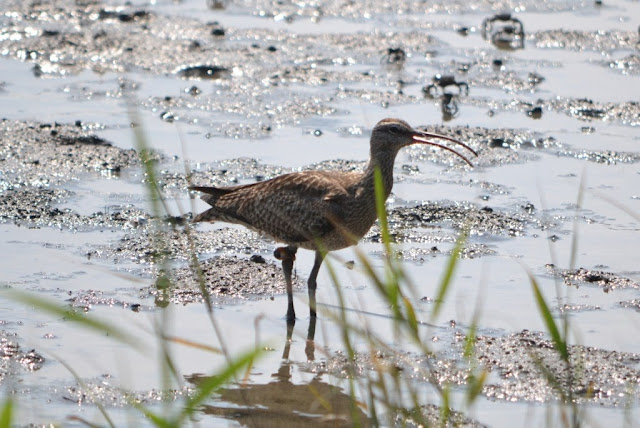 On its right leg, a fishing lure or something of that kind seems stuck... This individual has been like that for more than a month now, so I was told. Could anything be done for him? 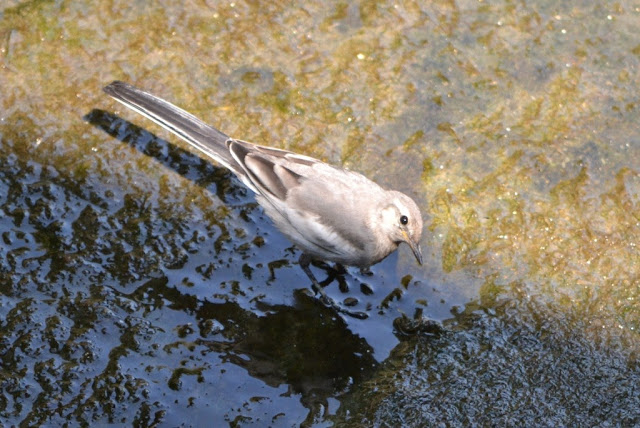 Are you taking my photo?
A young White Wagtail (Hakusekireiハクセキレイ) was practicing hunting in the shallows:) 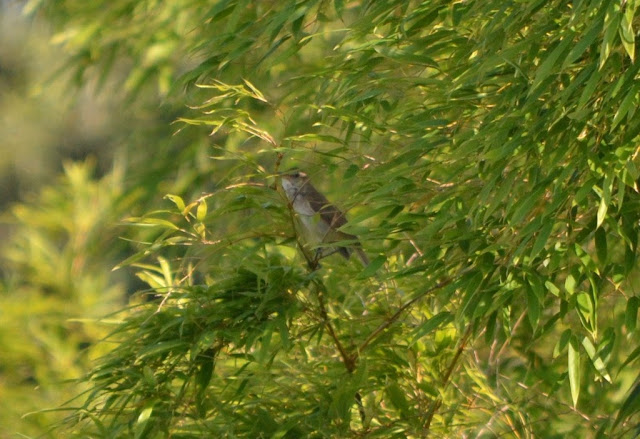 Great Reed Warblers (Ooyoshikiriオオヨシキリ) were in a singing contest:) They sound quite similar to reed warblers.

It seems that the waders have started migration and it's going to be a good place here in Kasai Rinkai Koen for birds as well as birders for the next few months. If only the weather was more forgiving...