On 28th Feb, we walked along a canal (the Yokojikken-gawa), which is a kind of oasis for birds around the east-end of Tokyo (between the Clover-bashi bridge and the Yacho no Shima Island). On the little island, which was specially built for birds, we saw quite a few herons and egrets along with a few Spot-billed Ducks. 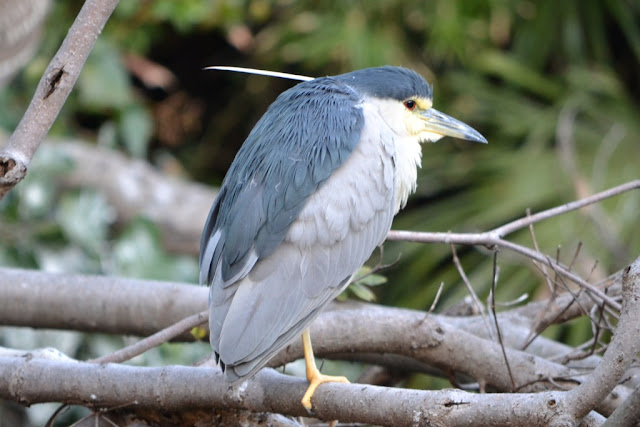 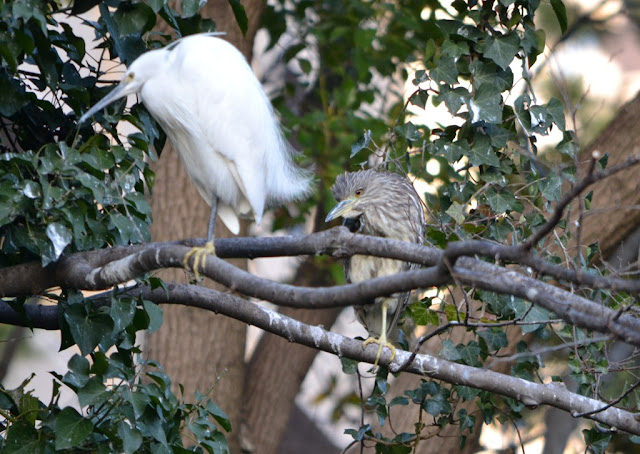 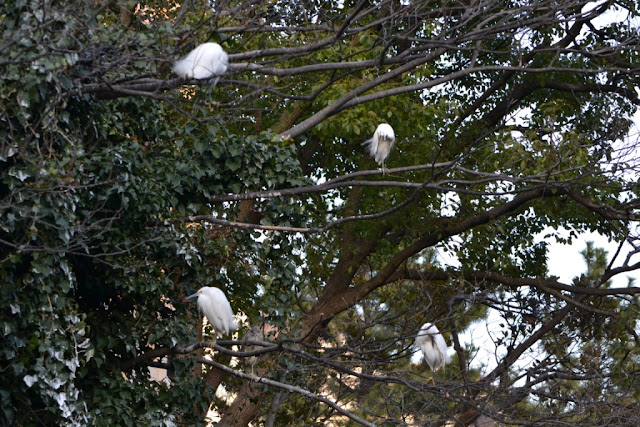 At least 10 Little Egrets were busy preening here and there and 2 pairs of Grey Herons (Aosagiアオサギ） have started building their nests.

Along the canal footpaths, there were loads of them chattering on the electric wires:) 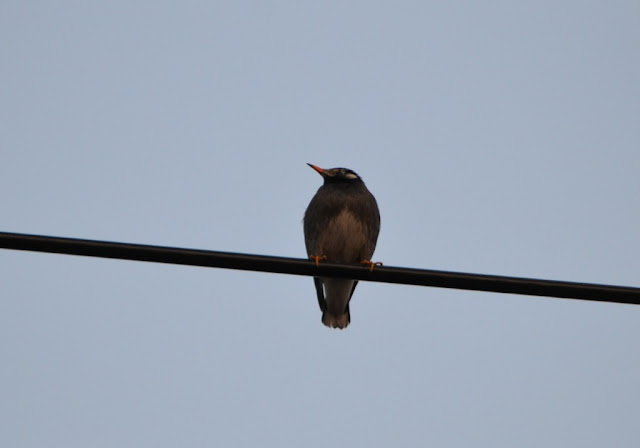 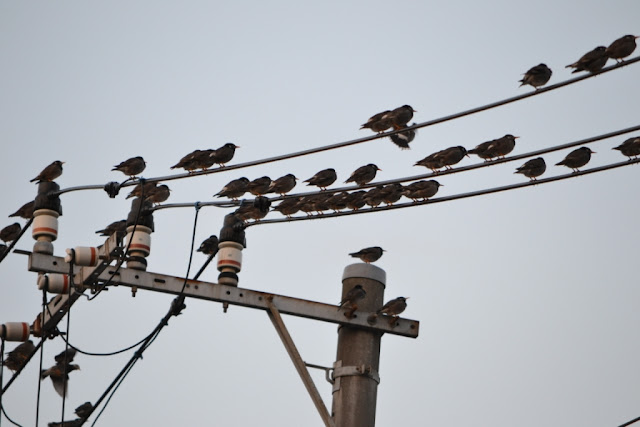 very chatty just like the starlings in the UK! 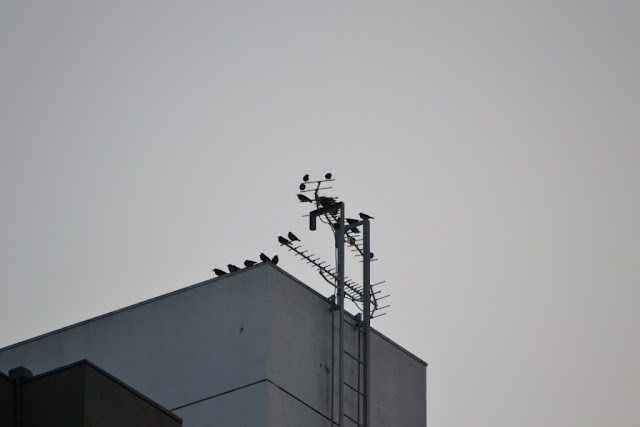 We were really pleased to know how well they are doing in the centre of Tokyo.